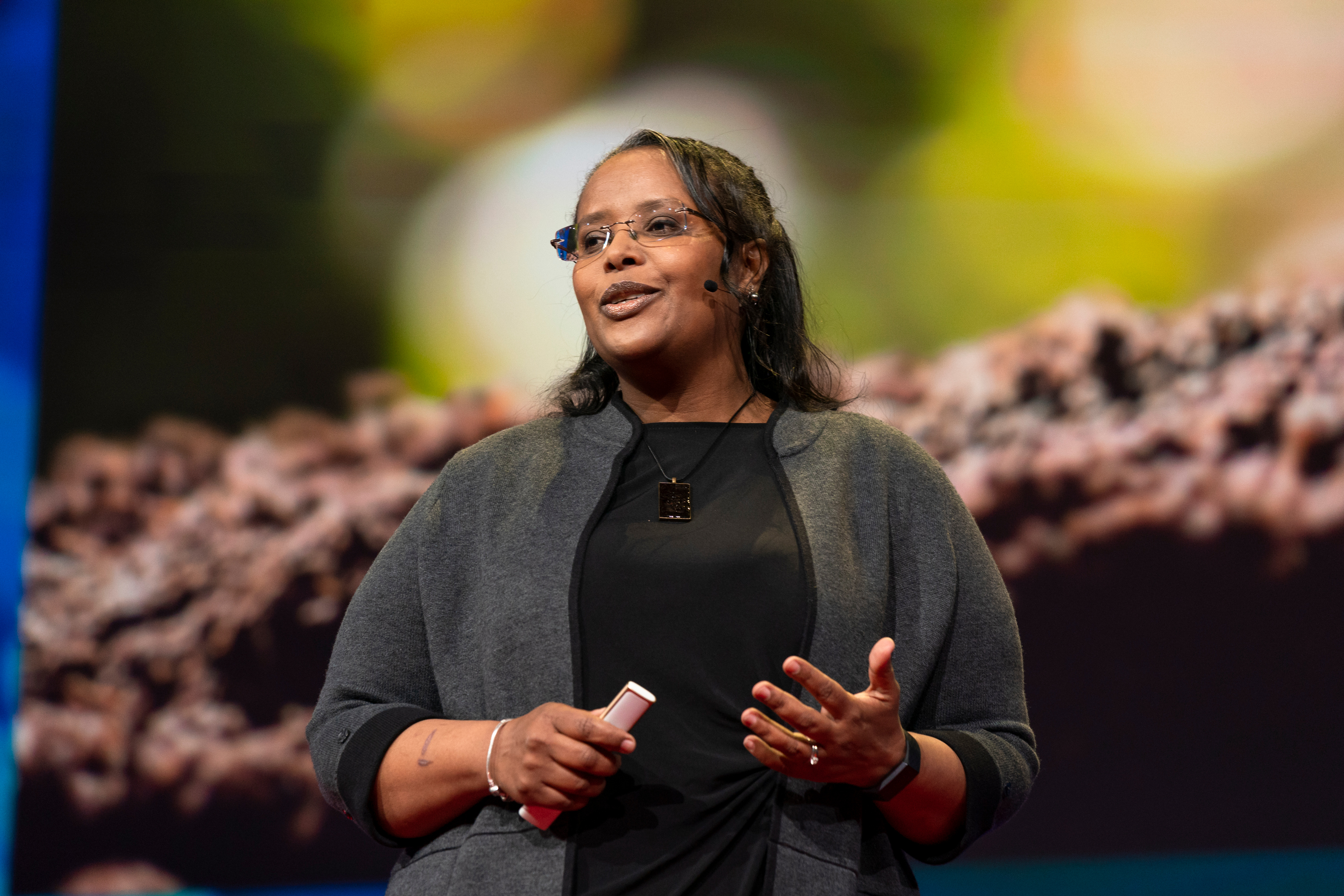 “Soil is just a thin veil that covers the surface of land, but it has the power to shape our planet’s destiny,” says Asmeret Asefaw Berhe at TED2019: Bigger Than Us, on April 18, 2019, at Vancouver, BC, Canada. Photo: (Bret Hartman / TED)

To kick off day 4 of TED2019, we give you (many more) reasons to get a good night’s sleep, plunge into the massive microbiome in the Earth’s crust — and much, more more.

Andrew Marantz, journalist, author who writes about the internet 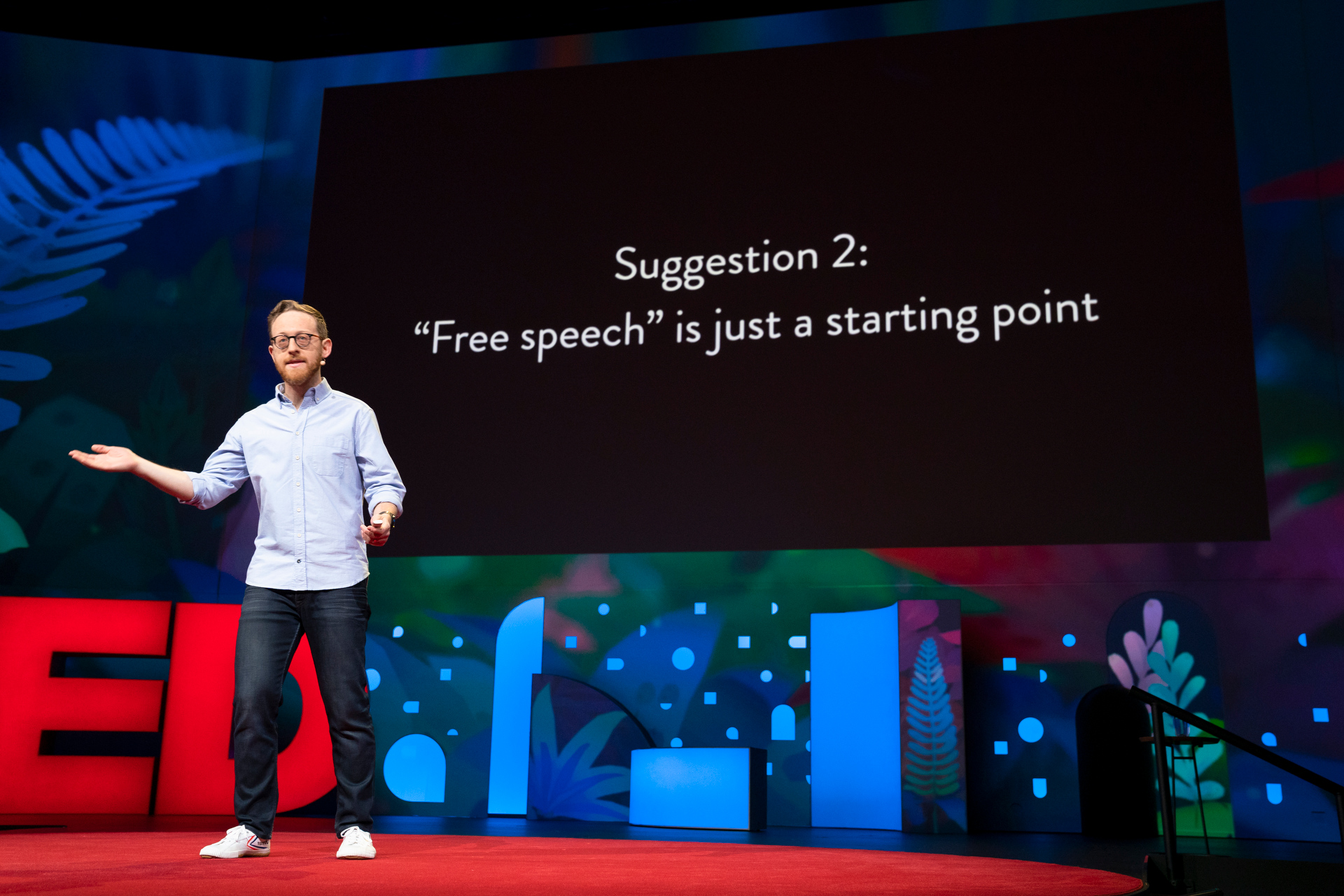 Kristie Ebi, public health researcher, director of the Center for Health and the Global Environment

Asmeret Asefaw Berhe, scientist and “dirt detective” studying the impact of ecological change on our soils 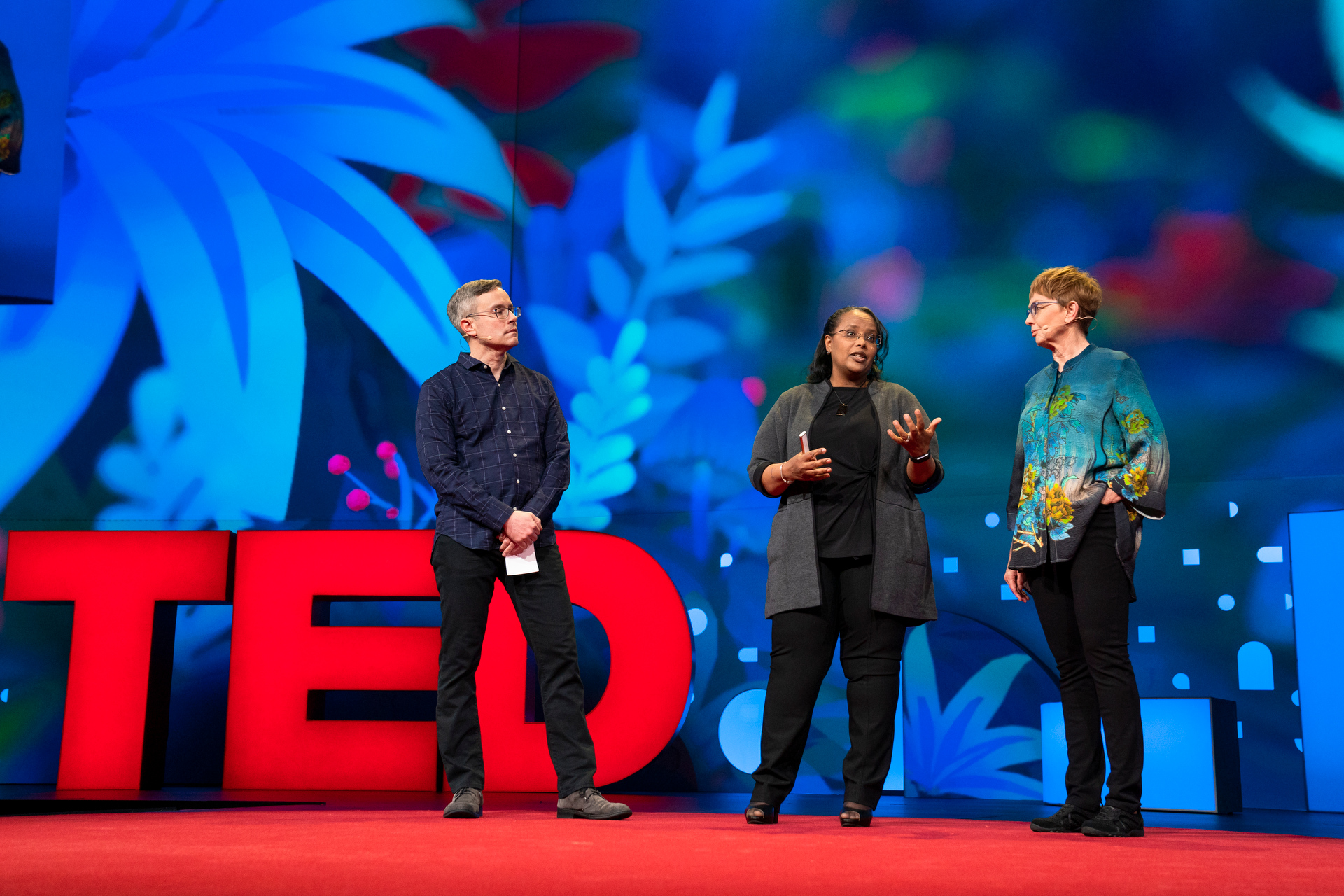 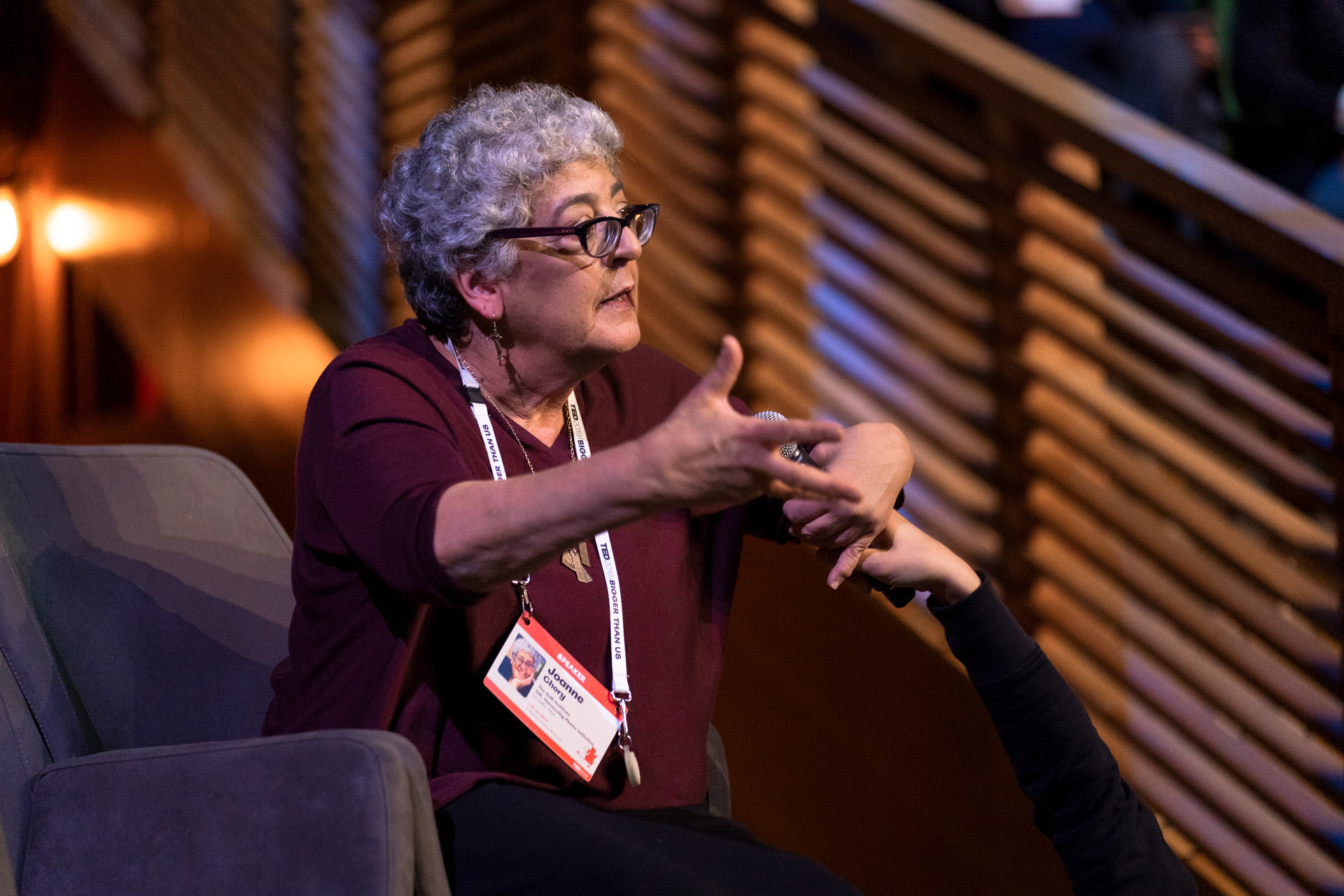 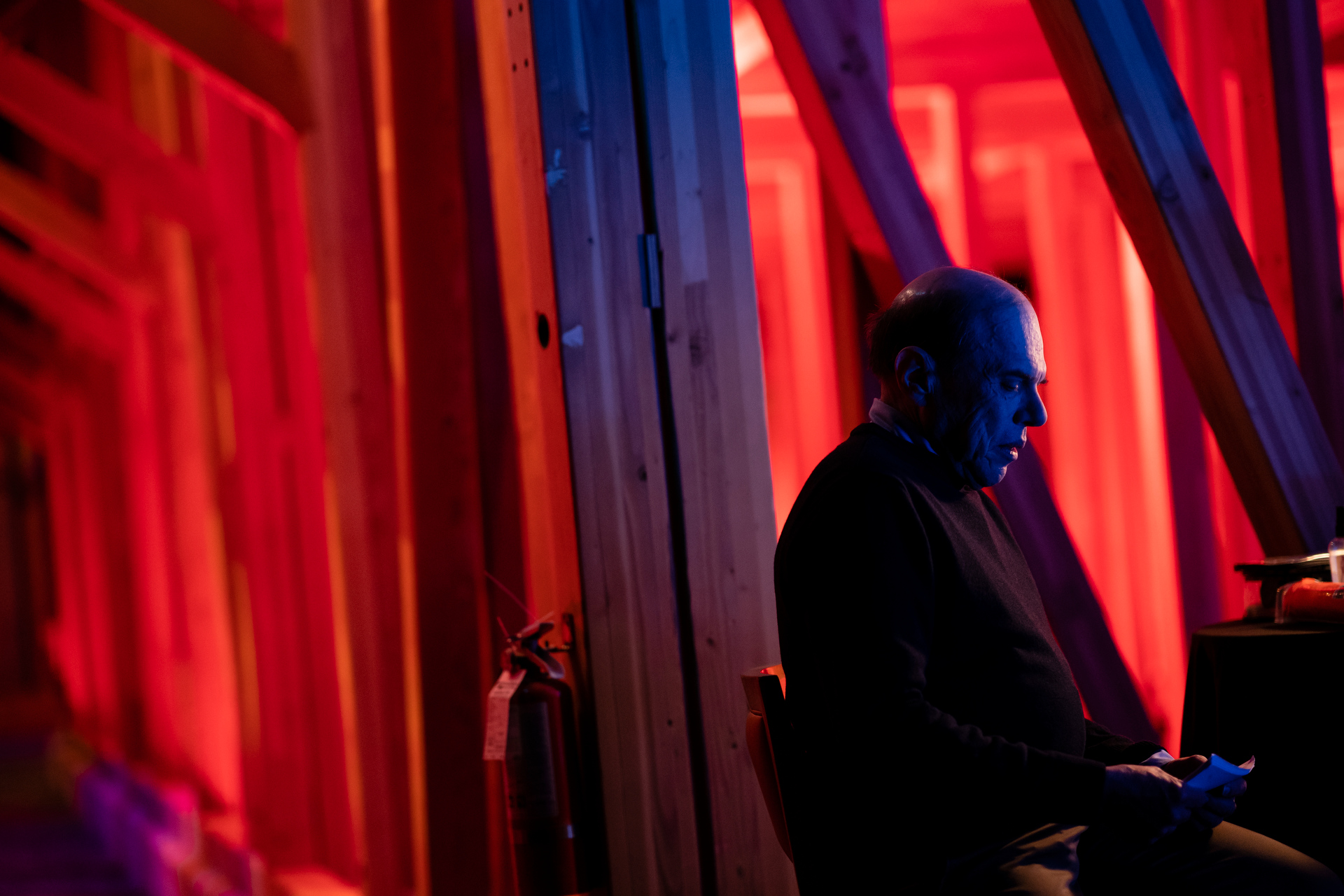 Before his talk, historian Edward Tenner reviews his notes one last time backstage at TED2019: Bigger Than Us, on April 18, 2019, Vancouver, BC, Canada. Photo: Lawrence Sumulong / TED