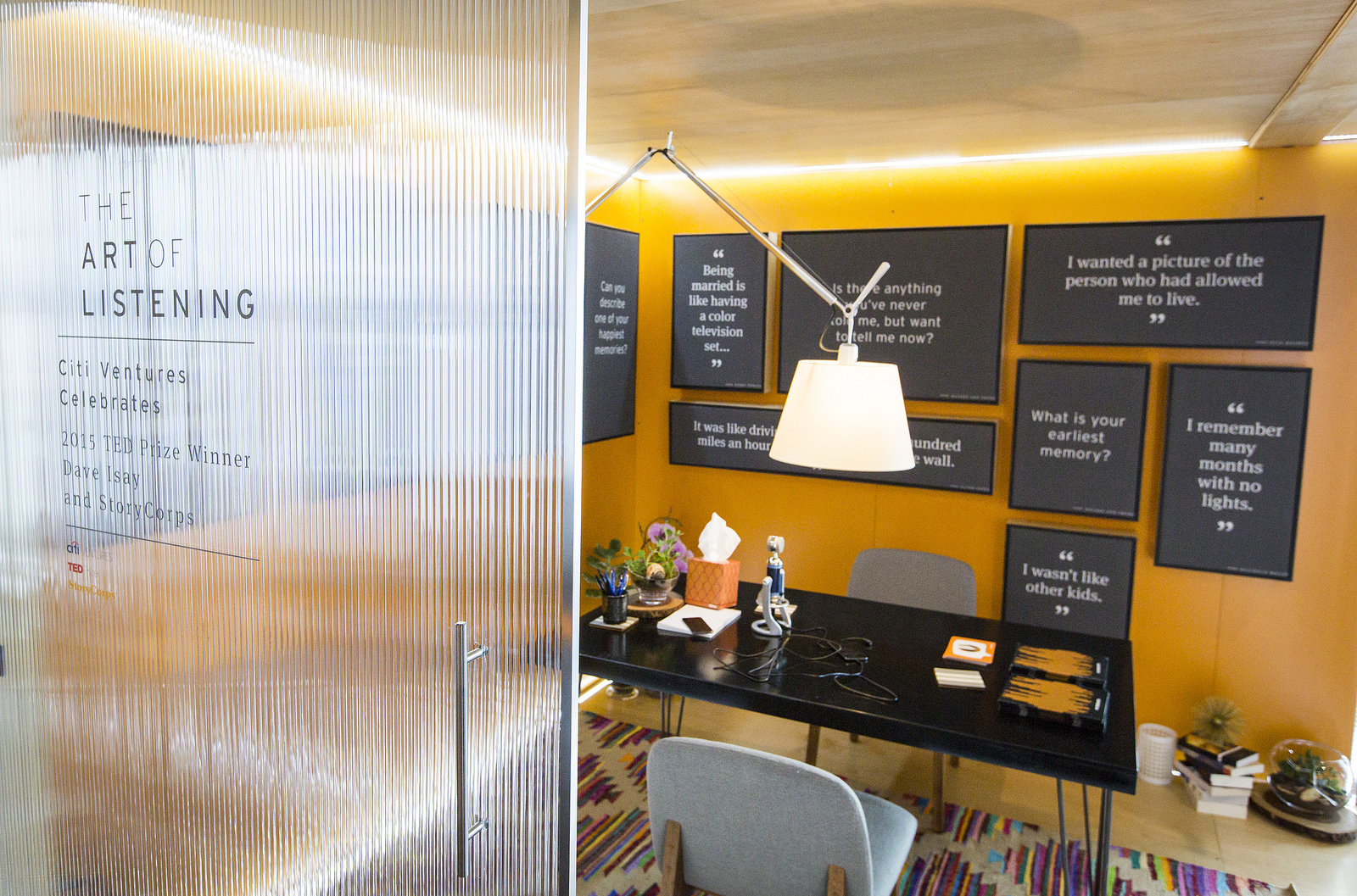 There’s a quiet corner at TED, with two comfortable chairs, a table with some paper and pencils, and a well-placed box of tissues. And on Wednesday night, after Dave Isay of StoryCorps shared his TED Prize wish, TEDsters flooded into Citi Ventures’ The Art of Listening exhibit. This social space was an homage to Isay’s oral history project — which he announced on the TED stage that he’d be taking global with a new app.

“A lot of people who came by knew StoryCorps from NPR,” said Kris Kowal, of the experience design agency Sub Rosa, which created the exhibit. “But for some people, this was the first time they were hearing about StoryCorps. We wanted to give them an introduction.”

The exhibit had three components. First, a booth, where attendees could pull in someone they wanted to honor with an interview. Speaker Amanda Palmer interviewed Esther Perel;  speaker BJ Miller interviewed his father. On the walls of the booth hung quotes from classic StoryCorps interviews: “Being married is like having a color television set,” “I wanted a picture of the person who had allowed me to live.” Nearby, four consoles allowed attendees to listen to excerpts of 10 powerful stories, and see how the story affected their physiology thanks to a heart-rate monitor.

A third element, created by Kowal and his Sub Rosa colleague Chris Tino, was called “Wordless Stories.” On eight iPads built into a wooden console, attendees got to play a game. They were given 60 seconds to identify movies and classic novels from distillations of their plots into four graphic images. “So E.T. becomes an alien, a bicycle, a moon and a boy,” says Kowal. “We’ve got a leaderboard for the week.”

Want to play a quick round? See if you can correctly identify the stories below. 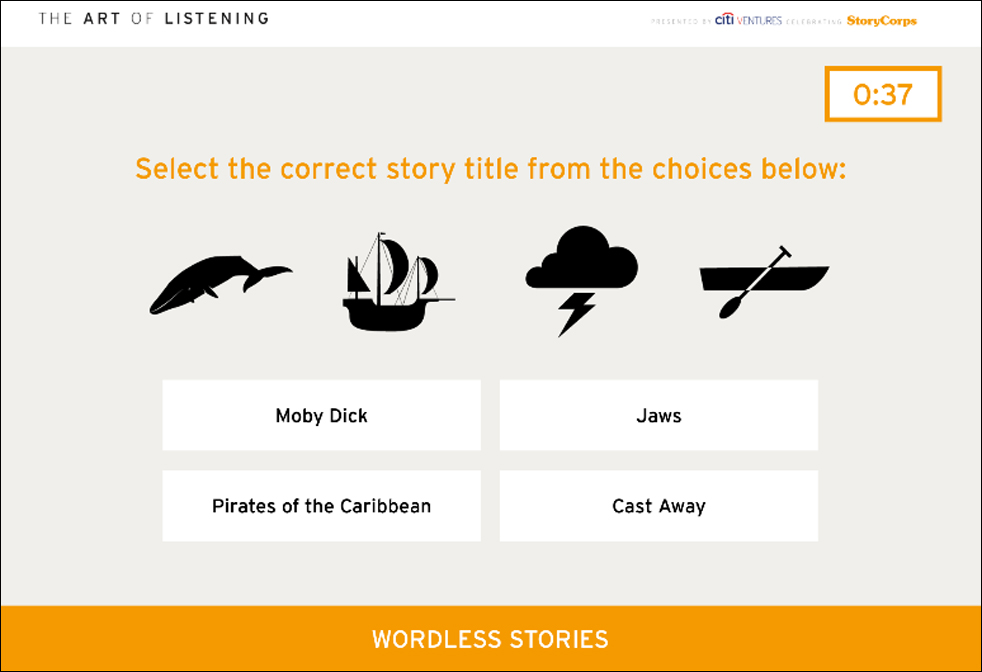 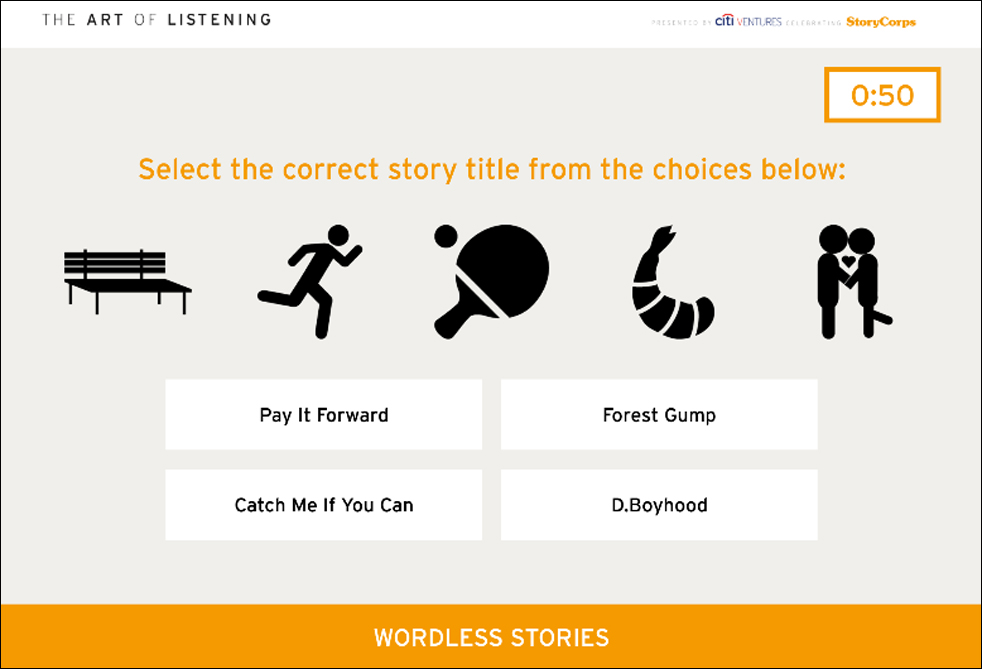 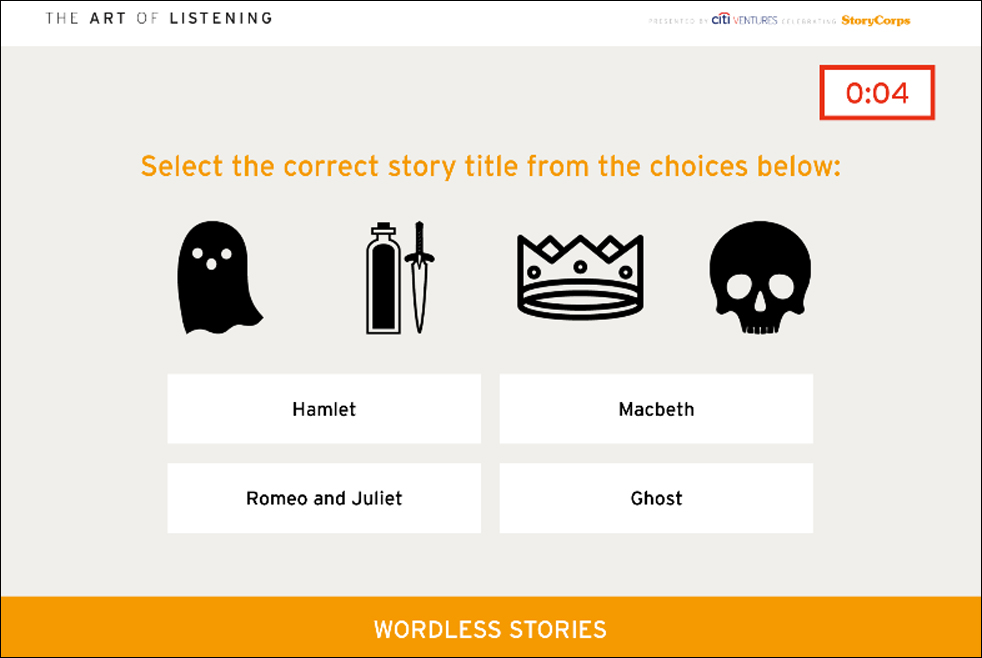 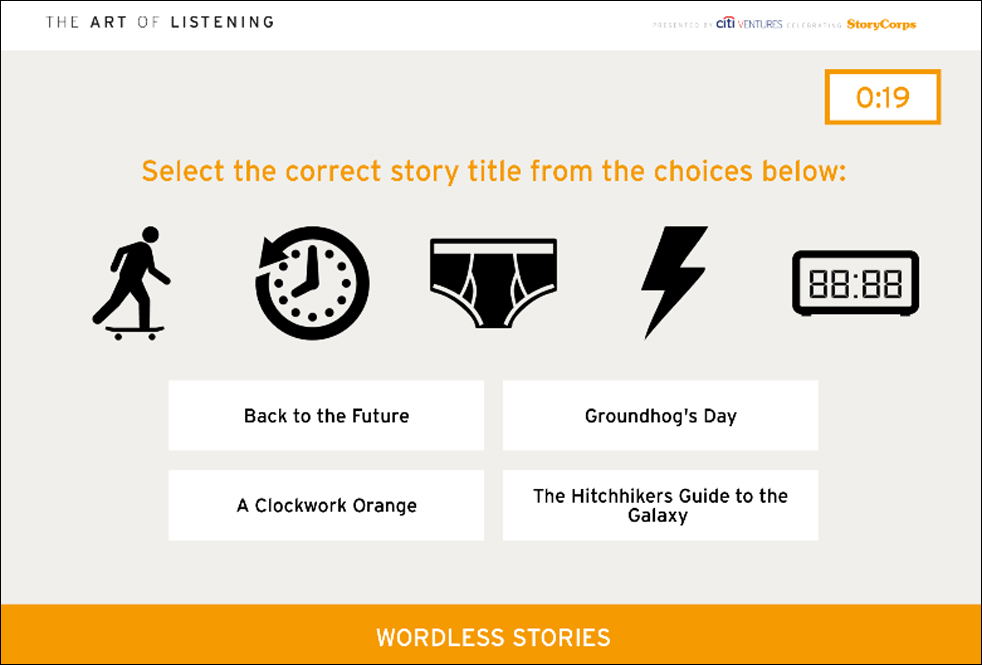