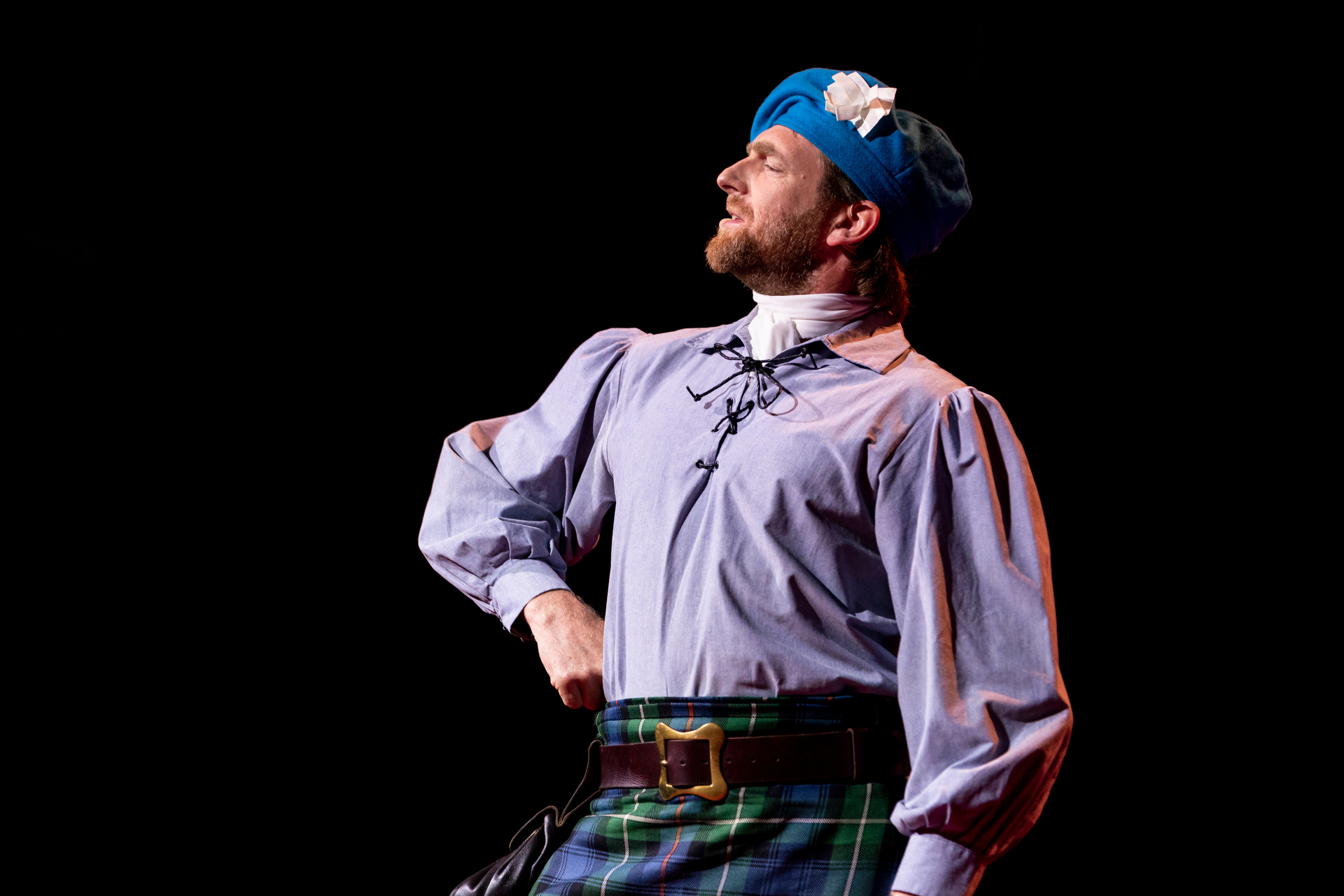 In the final session of TEDSummit 2019, the themes from the week — our search for belonging and community, our digital future, our inextricable connection to the environment — ring out with clarity and insight. From the mysterious ways our emotions impact our biological hearts, to a tour-de-force talk on the languages we all speak, it’s a fitting close to a week of revelation, laughter, tears and wonder.

The event: TEDSummit 2019, Session 6: Not All Is Broken, hosted by Chris Anderson and Bruno Giussani

When and where: Thursday, July 25, 2019, 9am BST, at the Edinburgh Convention Centre in Edinburgh, Scotland

Interlude: Mackenzie Dalrymple sharing the tale of an uncle and nephew competing to become Lord of the Isles

Big idea: The cultural narrative and definitions of depression and anxiety need to change.

Why? We need to talk less about chemical imbalances and more about imbalances in the way we live. Johann Hari met with experts around the world, boiling down his research into a surprisingly simple thesis: all humans have physical needs (food, shelter, water) as well as psychological needs (feeling that you belong, that your life has meaning and purpose). Though antidepressant drugs work for some, biology isn’t the whole picture, and any treatment must be paired with a social approach. Our best bet is to listen to the signals of our bodies, instead of dismissing them as signs of weakness or madness. If we take time to investigate our red flags of depression and anxiety — and take the time to reevaluate how we build meaning and purpose, especially through social connections — we can start to heal in a society deemed the loneliest in human history.

Quote of the talk: “If you’re depressed, if you’re anxious — you’re not weak. You’re not crazy. You’re not a machine with broken parts. You’re a human being with unmet needs.” 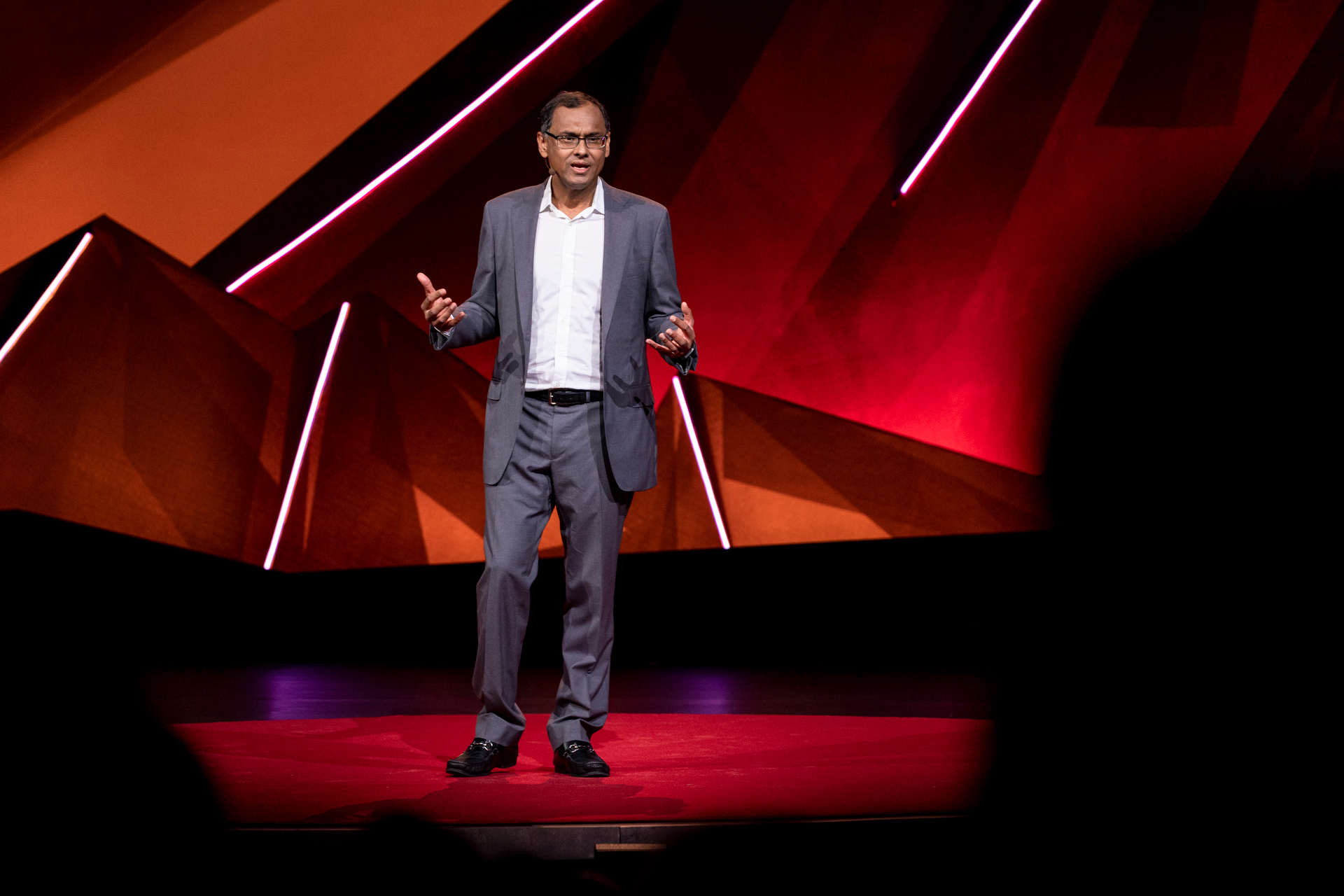 “Even if emotions are not contained inside our hearts, the emotional heart overlaps its biological counterpart in surprising and mysterious ways,” says cardiologist Sandeep Jauhar. He speaks at TEDSummit: A Community Beyond Borders, July 21-25, 2019, in Edinburgh, Scotland. (Photo: Ryan Lash / TED)

Big Idea: Emotional stress can be a matter of life and death. Let’s factor that into how we care for our hearts.

How? “The heart may not originate our feelings, but it is highly responsive to them,” says Sandeep Jauhar. In his practice as a cardiologist, he has seen extensive evidence of this: grief and fear can cause profound cardiac injury. “Takotsubo cardiomyopathy,” or broken heart syndrome, has been found to occur when the heart weakens after the death of a loved one or the stress of a large-scale natural disaster. It comes with none of the other usual symptoms of heart disease, and it can resolve in just a few weeks. But it can also prove fatal. In response, Jauhar says that we need a new paradigm of care, one that considers the heart as more than “a machine that can be manipulated and controlled” — and recognizes that emotional stress is as important as cholesterol.

Quote of the talk: “Even if emotions are not contained inside our hearts, the emotional heart overlaps its biological counterpart in surprising and mysterious ways.” 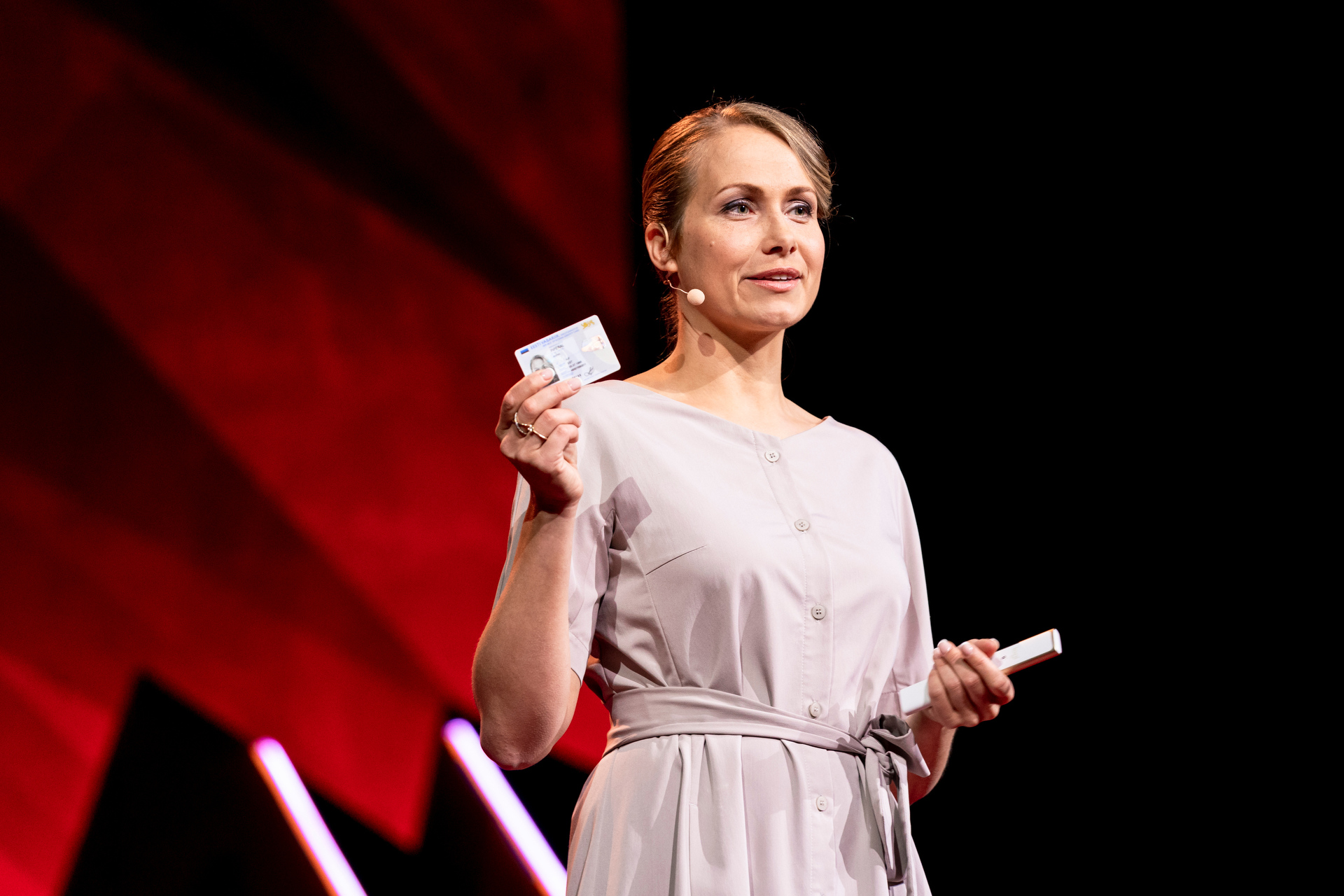 “In most countries, people don’t trust their governments, and the governments don’t trust them back. All the complicated paper-based formal procedures are supposed to solve that problem. Except that they don’t. They just make life more complicated,” says e-governance expert Anna Piperal. She speaks at TEDSummit: A Community Beyond Borders, July 25, 2019, in Edinburgh, Scotland. (Photo: Ryan Lash / TED)

Big idea: Bureaucracy can be eradicated by going digital — but we’ll need to build in commitment and trust.

How? Estonia is one of the most digital societies on earth. After gaining independence 30 years ago, and subsequently building itself up from scratch, the country decided not only to digitize existing bureaucracy but also to create an entirely new system. Now citizens can conduct everything online, from running a business to voting and managing their healthcare records, and only need to show up in person for literally three things: to claim their identity card, marry or divorce, or sell a property. Anna Piperal explains how, using a form of blockchain technology, e-Estonia builds trust through the “once-only” principle, through which the state cannot ask for information more than once nor store it in more than one place. The country is working to redefine bureaucracy by making it more efficient, granting citizens full ownership of their data — and serving as a model for the rest of the world to do the same.

Big idea: We can find ways to make our online spaces civil and safe, much like our best cities.

How? Social media is a chaotic and sometimes dangerous place. With its trolls, criminals and segregated spaces, it’s a lot like New York City in the 1970s. But like New York City, it’s also a vibrant space in which people can innovate and find new ideas. So Eli Pariser asks: What if we design social media like we design cities, taking cues from social scientists and urban planners like Jane Jacobs? Built around empowered communities, one-on-one interactions and public censure for those who act out, platforms could encourage trust and discourse, discourage antisocial behavior and diminish the sense of chaos that leads some to embrace authoritarianism.

Quote of the talk: “If online digital spaces are going to be our new home, let’s make them a comfortable, beautiful place to live — a place we all feel not just included, but actually some ownership of. A place we get to know each other. A place you’d actually want not just to visit, but to bring your kids.” 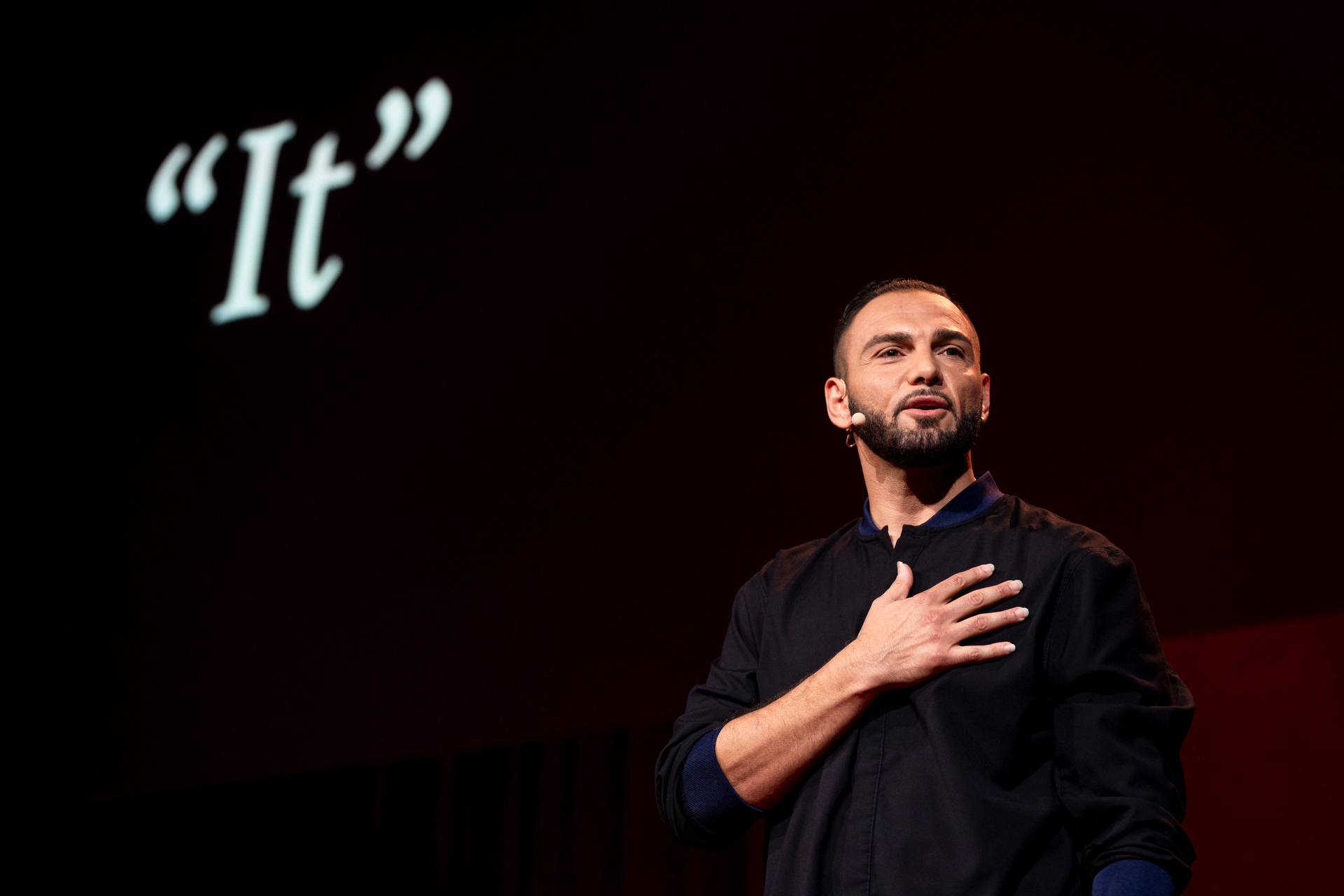 “Every language we learn is a portal by which we can access another language. The more you know, the more you can speak. … That’s why languages are so important, because they give us access to new worlds,” says Poet Ali. He speaks at at TEDSummit: A Community Beyond Borders, July 25, 2019, in Edinburgh, Scotland. (Photo: Bret Hartman / TED)

Big idea: You speak far more languages than you realize, with each language representing a gateway to understanding different societies, cultures and experiences.

How? Whether it’s the recognized tongue of your country or profession, or the social norms of your community, every “language” you speak is more than a lexicon of words: it also encompasses feelings like laughter, solidarity, even a sense of being left out. These latter languages are universal, and the more we embrace their commonality — and acknowledge our fluency in them — the more we can empathize with our fellow humans, regardless of our differences.

Quote of the talk: “Every language we learn is a portal by which we can access another language. The more you know, the more you can speak. … That’s why languages are so important, because they give us access to new worlds.”