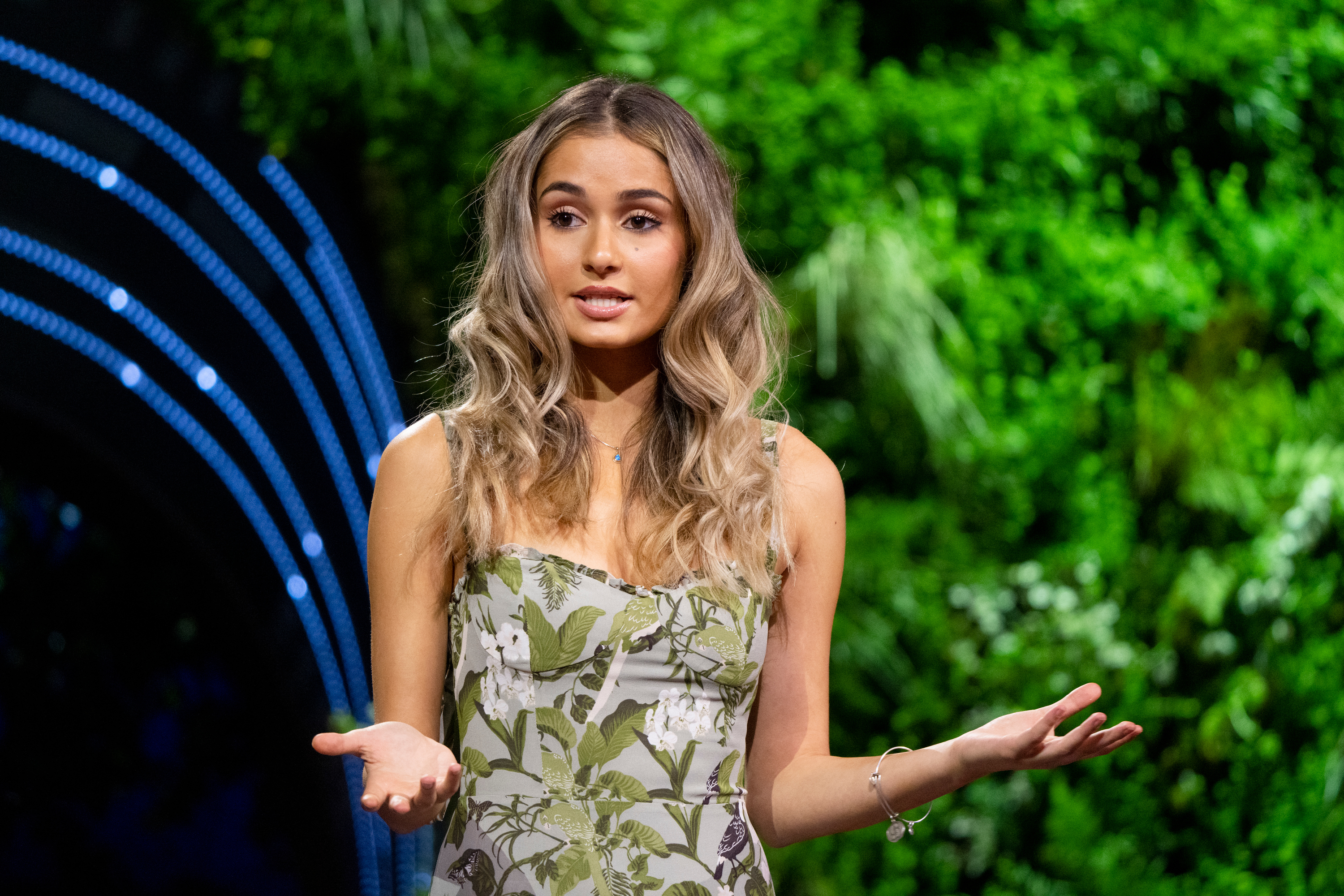 “People who are being disproportionately affected by climate change deserve to have access to the resources they need to make sense of the disasters that are destroying their communities — and what they can do about it,” says Sophia Kianni. She speaks at Session 7 of the TED Countdown Summit on October 15, 2021 in Edinburgh, Scotland. (Photo: Ryan Lash / TED)

After a week of hearing from the cutting-edge of climate action, we’ve filled our minds and hearts with ideas and solutions for a net-zero future. We gather for this final session of Countdown energized, curious and hopeful, knowing that we all share this floating rock in space — and we that need to take care of it together.

Session 7 brings us an incredible group of speakers who are helping heal the world, from confronting greenwashing and increasing access to climate information in all languages to protecting Earth’s natural habitats and designing sustainable cities.

Performance: Experimental vocalist and virtuoso instrumentalist Reeps100 fills the room with otherworldly sounds and complex rhythms that transcend genre. Reminiscent of beatboxing, experimental jazz and electronic music, this new-wave pioneer treats the Countdown audience to a performance like no other, exploring the past, present and future of vocal expression.

A pledge: The children of Palau have created the Palau Pledge to protect their island, home to incredibly rich marine life, fertile soils and a population of 20,000 people. They promise to respect and preserve its culture, and they share this promise with visitors as part of the visa in their passports when they visit, so that all who come can bring this sentiment back home with them: “We do not inherit the land and waters from our ancestors. We borrow them from our children.” 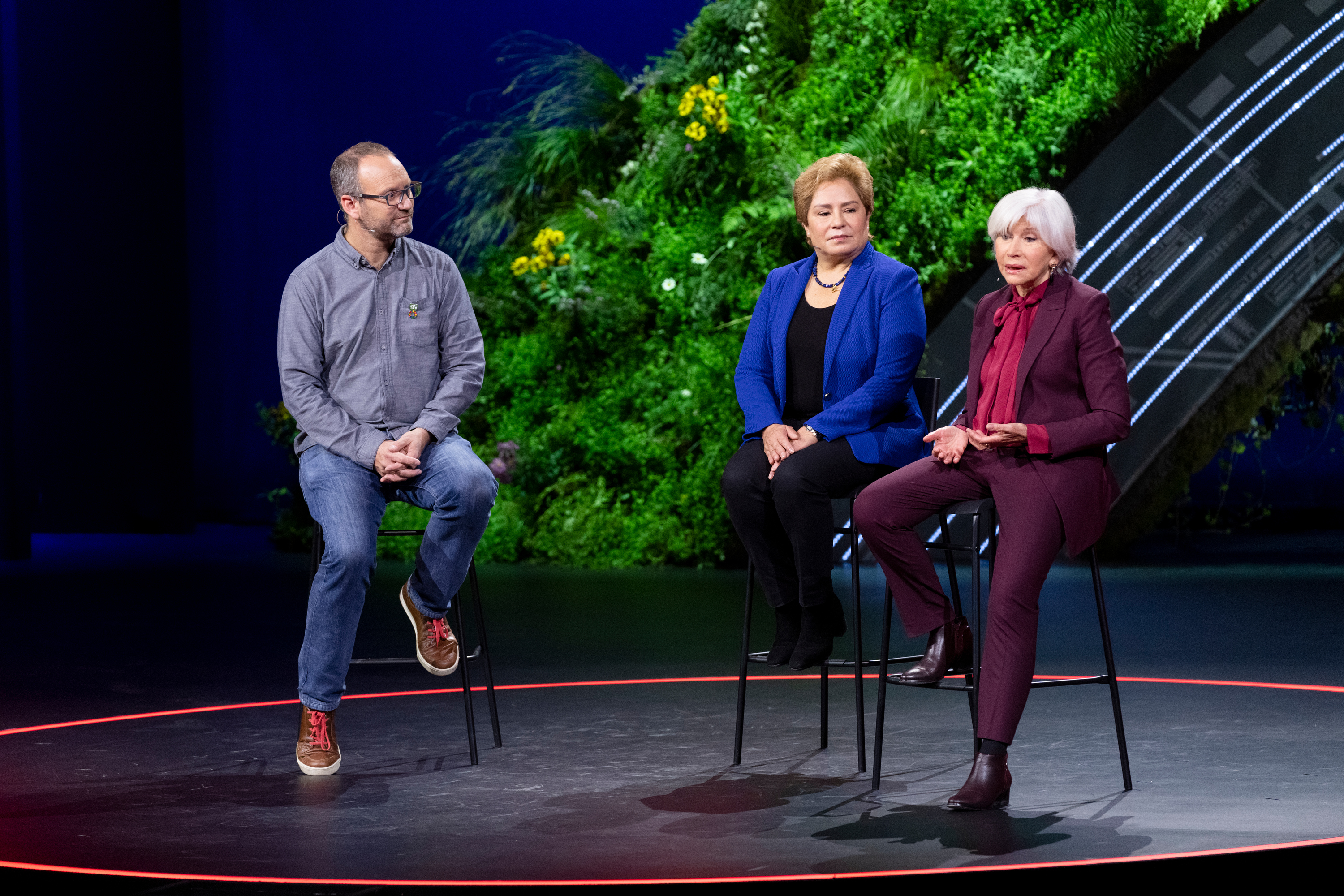 Big idea: Just two and a half weeks out from the COP26 climate conference in Glasgow, where are we?

The answer: Reflecting on the challenges of previous COP conferences, Patricia Espinosa — Executive Secretary of the UN Framework Convention on Climate Change — explains how important the human aspect is to these landmark meetings. Building trust and making people feel comfortable and welcome are top-of-mind for her heading into Glasgow, lessons she learned when Mexico played host to COP16 after a failed effort to reach a global climate agreement in Copenhagen in 2009. “We have the solutions. We have the creativity. We have the resources. We need to ask our leaders to make it happen,” she says of the upcoming meeting. For Laurence Tubiana, CEO of the European Climate Foundation, showing vulnerability is also part of the process of change. She shares the story of bringing the draft of the Paris Agreement to the negotiating group comprised of oil-producing countries and the world’s biggest emitters on the very last day of COP21 in 2015, describing what they would like and what they would hate in the new agreement. After a long, loud silence, her emotions broke and she began to cry, only to be greeted with compassion by the group — as well as a commitment to signing the agreement. Now, Tubiana sees both excitement and fear emerging ahead of COP26. “We have to bet that we can win,” she says.

Big idea: A list of demands for leaders of the world.

How? Xiye Bastida and Shiv Soin come bearing a list of six demands for global leaders, written by youth climate activists this week at Countdown: 1) Divest from all fossil fuel investments, reinvest in green energy and ensure a just transition led by workers and impacted communities; 2) Center climate justice in all key policy decisions; 3) Stop all open pipelines and oil extraction initiatives from Line 3 in the United States to Cambo in Scotland; 4) Hold large corporations accountable for their actions that contribute directly to the climate crisis; 5) Create policies to protect activists’ rights to peaceful protest and safeguard democracy around the world; and 6) Remove the economic, political and social influence of fossil fuel companies from key international climate negotiations. This list of demands is not exhaustive to solve the climate crisis, they say — it’s the bare minimum.

Vishaan Chakrabarti calls for designing homes that aid in the fight against climate change at Session 7 of the TED Countdown Summit on October 15, 2021 in Edinburgh, Scotland. (Photo: Gilberto Tadday / TED)

Big idea: To house the Earth’s growing population without worsening our climate, we need to construct new dwellings on a human scale.

How? By 2100, the UN estimates that the Earth’s population will grow to just over 11 billion people. Architect and author Vishaan Chakrabarti wants us to start thinking about how we’ll house all these people, and how new construction can fight climate change rather than make it worse. While tall-timber construction, solar glass and green energy grids offer hope for future skyscrapers, these technologies are still new (and expensive). Chakrabarti proposes a “goldilocks” solution: compact, walkable neighborhoods where all buildings are human-scale, meaning two and three stories tall like the row houses in Boston or the hutongs in Beijing. By designing at this scale, we can construct buildings to accommodate more people than single-family homes and still have enough roof space to generate solar power to meet each building’s needs. The neighborhoods Chakrabarti imagines can also host more trees than typical urban dwellings and support green mass transit systems such as light rail, express buses and bike networks. It’s an inspiring vision for the future where housing works in harmony with the planet.

Big idea: People worldwide must stand with the Amazon’s Indigenous communities and demand that the destruction of the Amazonian rainforest stop.

Why? For thousands of years, the Amazonian rainforest has provided life, nourishment, water and spiritual connection to its Indigenous inhabitants, explains Waorani leader Nemonte Nenquimo — but the endless extraction of its natural resources by outsiders is destroying the forest and the lives of those who live there. When she walks through the Amazon rainforest, she sees plants she can eat, leaves she can use to heal, vines to make baskets and wood to build good homes. But outsiders, she says, are blind to the value of the jungle. They view the Amazon as land to plunder and exploit for oil, natural minerals, fertile soil — with dire consequences for the forest and the entire planet. The Amazon is burning, Nenquimo reminds us. Oil spills and mineral extraction have contaminated its waterways; big agriculture has clear-cut millions of hectares of forest, destroying wildlife and damaging the sacred spiritual connection the Amazon’s Indigenous communities have with the land. She demands that outsiders leave the guardianship of the forest to those who have inhabited it for thousands of years. “Mother Earth is waiting for us to respect her,” she says, “and we as Indigenous peoples expect the same.” 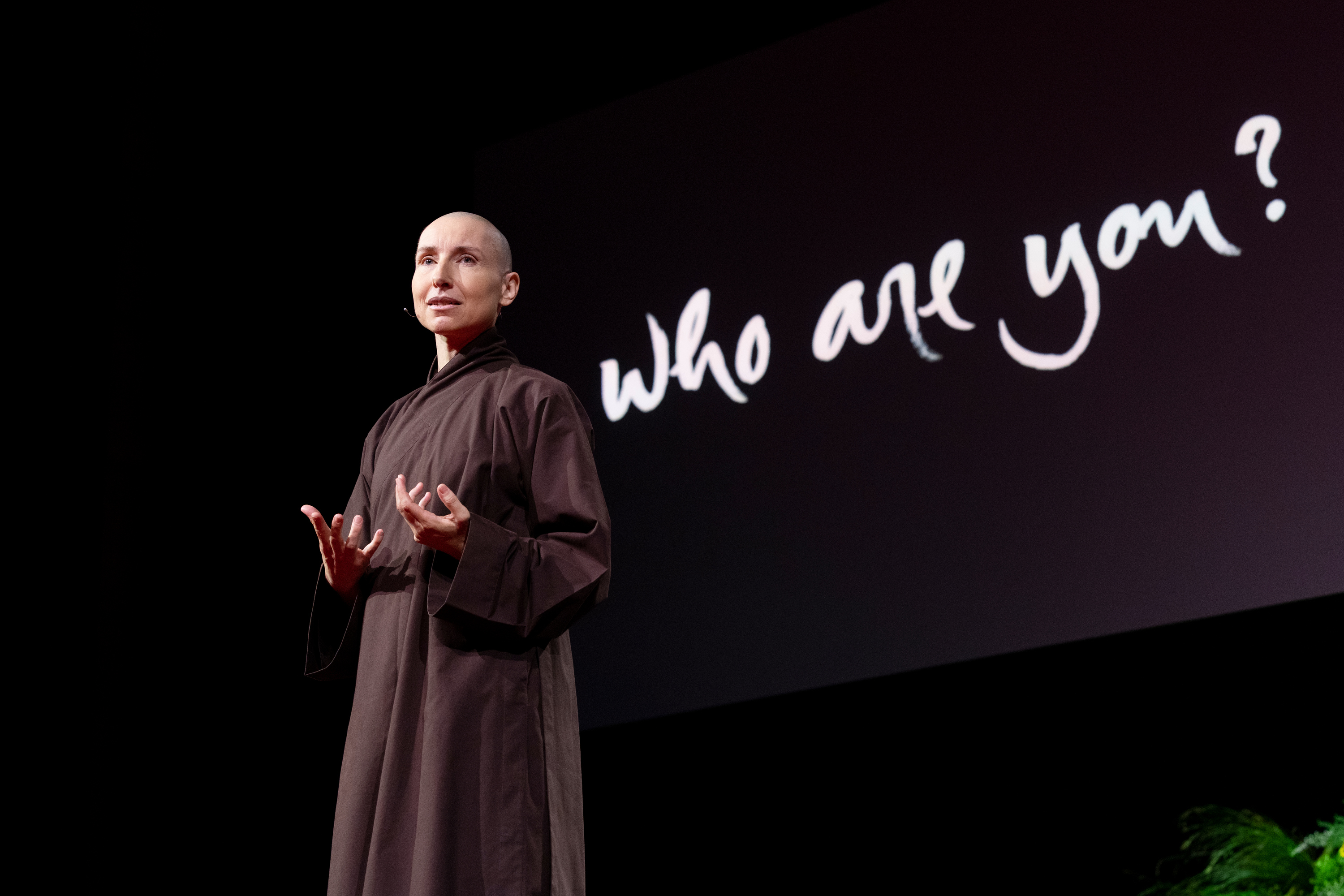 Sister True Dedication invites us to meditate on three questions that spark awakening at Session 7 of the TED Countdown Summit on October 15, 2021 in Edinburgh, Scotland. (Photo: Gilberto Tadday / TED)

Big idea: In order to take the kind of radical, decisive action that our planet is calling for, we need to be fully present, grounded and alert.

How? Why is it so hard to change the direction of our civilization? At this point, what’s missing is not more facts, information or even technology — it’s insight, says Zen Buddhist nun Sister True Dedication. We can’t hope to change the world if we can’t change our way of seeing things, says Sister True’s teacher, Zen master Thich Nhat Hanh. So, how do we do it? One step at a time — literally. Sister True guides us through the art of mindful walking, a powerful meditation practice centered in Zen tradition. Every moment of movement is a chance to become more aware of ourselves, the world around us and where those two experiences meet. While moving through space, Sister True puts forth three questions to help spark further awakening. The first: who are you? An invitation to reflect on how you are connected through time and being. Second: where are you? Check in with whether you’re present and comfortable. If not, embrace those feelings in order to understand why they’re there. And finally: what do you want? Explore ways to reconnect with what’s essential to creating innermost peace. We can’t help the planet if we’re numb or overwhelmed — nurturing mindful and radical love is the key to awakening to the preciousness of life and the strength we have to save it.

Big idea: The vast majority of scientific articles are written in English. That’s a big problem for climate change, because 75 percent of the world doesn’t speak it.

Why? When Sophia Kianni was just 12 years old, she witnessed smog so thick in her native Iran that it obscured the stars. When talking to her relatives about it, she was shocked that they knew almost nothing about how climate change was causing this — a direct result of the lack of climate resources available in Farsi. With 80 percent of scholarly articles written entirely in English according to a SCOPUS study, language remains a significant barrier in the transfer of scientific information. Kianni explains how this inaccessibility comes at a high cost — especially to countries that are at most risk of climate change. “As recently as six years ago, over 40 percent of adults in the world had never heard of climate change. Let me repeat that: two adults out of five had never heard of climate change,” says Kianni. In an effort to close that gap, she founded Climate Cardinals: an international youth-led nonprofit that’s working to make climate information more accessible. Having translated articles into hundreds of languages, word by word, they help protect the planet by not allowing English to be the barrier to climate action. “People who are being disproportionately affected by climate change deserve to have access to the resources they need to make sense of the disasters that are destroying their communities and what they can do about it,” Kianni.