Do we have the vision and the energy to confront seemingly impossible problems — like predatory corporations, political deadlock, the wasted potential of millions of refugees? Session 5 rounded up people who are jumping right in.

A call to action on fossil fuels. Costa Rica, climate advocate Monica Araya’s native country, gets almost 100 percent of its electricity from renewable sources, including hydropower, geothermal and solar. It started with the country’s bold decision to abolish its military in 1948. Investing that money in social spending created stability, which gave Costa Rica the freedom to explore alternative energy options. But it’s no utopia, Araya explains, because fossil fuels are still used for the country’s transportation systems — systems that are gridlocked and crumbling. Going forward, she urges the next generation to form coalitions of citizens, corporations and clean energy champions to get Costa Rica off fossil fuels completely and commit clean energy in all sectors. 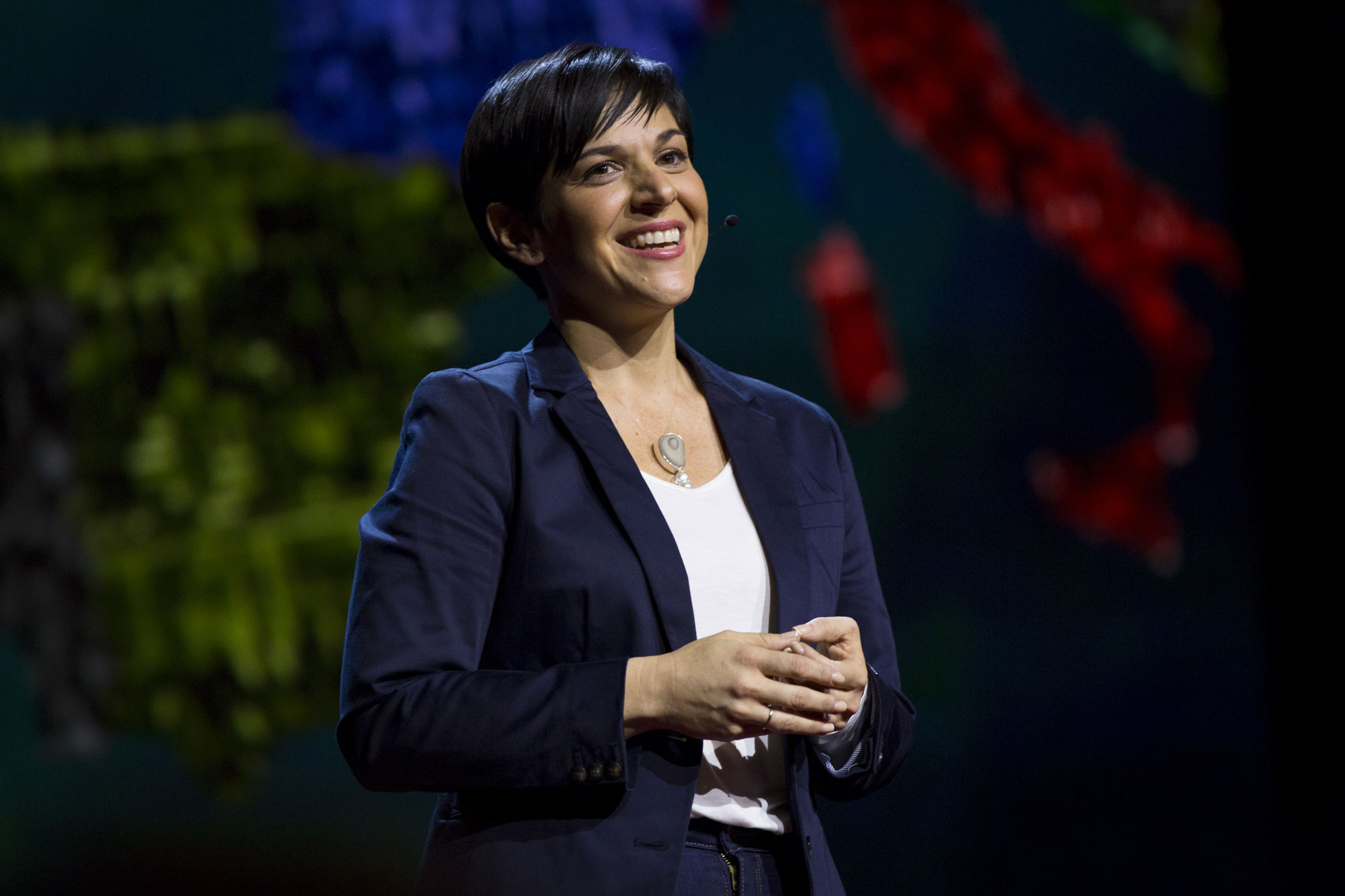 Monica Araya suggests that the future of alternative energy is in places like her home, Costa Rica. Photo by Ryan Lash/TED.

There are reasons to hope. Across the world, there are true signs of progress, despite the media’s constant drone of doom and gloom in their headlines. Global affairs thinker Jonathan Tepperman has seen it with his own eyes in three countries: Canada, Indonesia and Mexico. In each country, Tepperman examines their historical trajectory and transformation into places of societal advancement and inclusivity — drawing a common thread that connects them all. Within their borders, these nations have embraced the extreme in times of existential peril, found power in promiscuous, open-minded thinking and exercised compromise to its fullest extent. “The real obstacle is not ability and it’s not circumstances,” says Tepperman. “It’s much simpler: Making big changes involves taking big risks, and taking big risks is scary. Overcoming that fear requires guts.”

Online education for all. Imagine a world where every refugee has access to a free higher education, anywhere, at anytime. Although this may seem unbelievable, this is Shai Reshef‘s dream, and so far he has already made progress towards achieving it. Soon, the University of the People, founded by Reshef, will admit 500 Syrian refugees at no cost to them. University of the People is an online education platform that he believes will make this goal not only accessible and affordable but also replicable and scalable across the world. Despite the return on investment for education being incredibly high, currently refugees are 10% likely to receive higher education in their host countries. Beyond increasing this dismal statistic, Reshef hopes his institution will be able to help refugees with the lack of legal identification often holding them back, and eventually facilitate their transfer into local universities. Right now, 250 additional students are slated to be enrolled in the coming months and eventually they hope to sustain 12,000. Reshef wants to create an entire program ran by refugees for other refugees, proving that higher education need not exclude anyone, because as Reshef says “online, everyone gets a front row seat.” 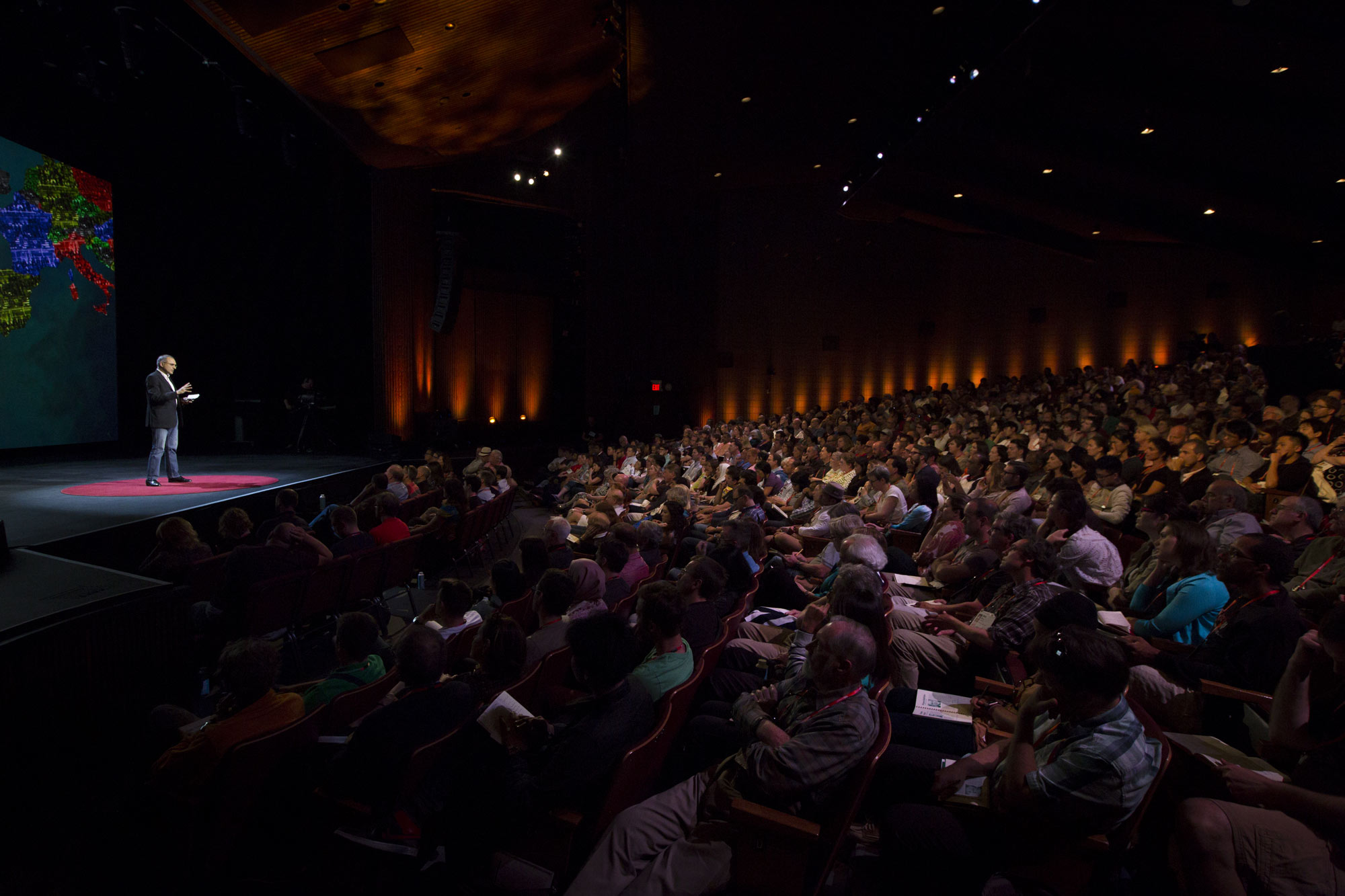 Pavan Sukhdev says: While the backbone of our global economy is the corporation, we’ve evolved corporate systems that ruthlessly drain public benefits for private gain.  Photo by Ryan Lash/TED.

A new company for a new economy. “The last two and a half decades have seen scientists, economists, and politicians say again and again and more and more often that we need to change economic direction. we need a green economy, a circular economy. Despite all that agreement, we are still hurtling towards planetary boundaries.” To understand why, we need to ask an important question: can the corporations of today deliver the economy of tomorrow? According to environmental economist Pavan Sukhdev, the answer is no. That’s because today’s business as usual creates huge public costs to generate private profits — “this is the biggest free lunch in the history of mankind.” The good news? There are micro-solutions and if we follow them, we can evolve a new type of corporation whose goals are aligned with society rather than at its expense.

Who is making the decisions that increasingly govern our lives? What we see and then think? What we think and then do? The questions isn’t who — it’s what. And the answer is the increasingly powerful algorithms employed by entities  from Facebook to human resources departments to prison sentencing boards. It’s a problem that troubles sociologist Zeynep Tufekci, who explains that the complex way that algorithms grow and improve — through  a semi-autonomous form of computing called machine learning, which evolved from pattern recognition and prediction software — makes them hard to see through and hard to steer effectively. “What safeguards do you have that your black box isn’t doing something shady?” wonders Tufekci. Making things worse, companies are very protective of their secret recipes for algorithms, so it’s almost impossible to gauge how objective they really are — but given that they’re only as unbiased as the data they are fed, that doesn’t sound like a recipe for fairness. 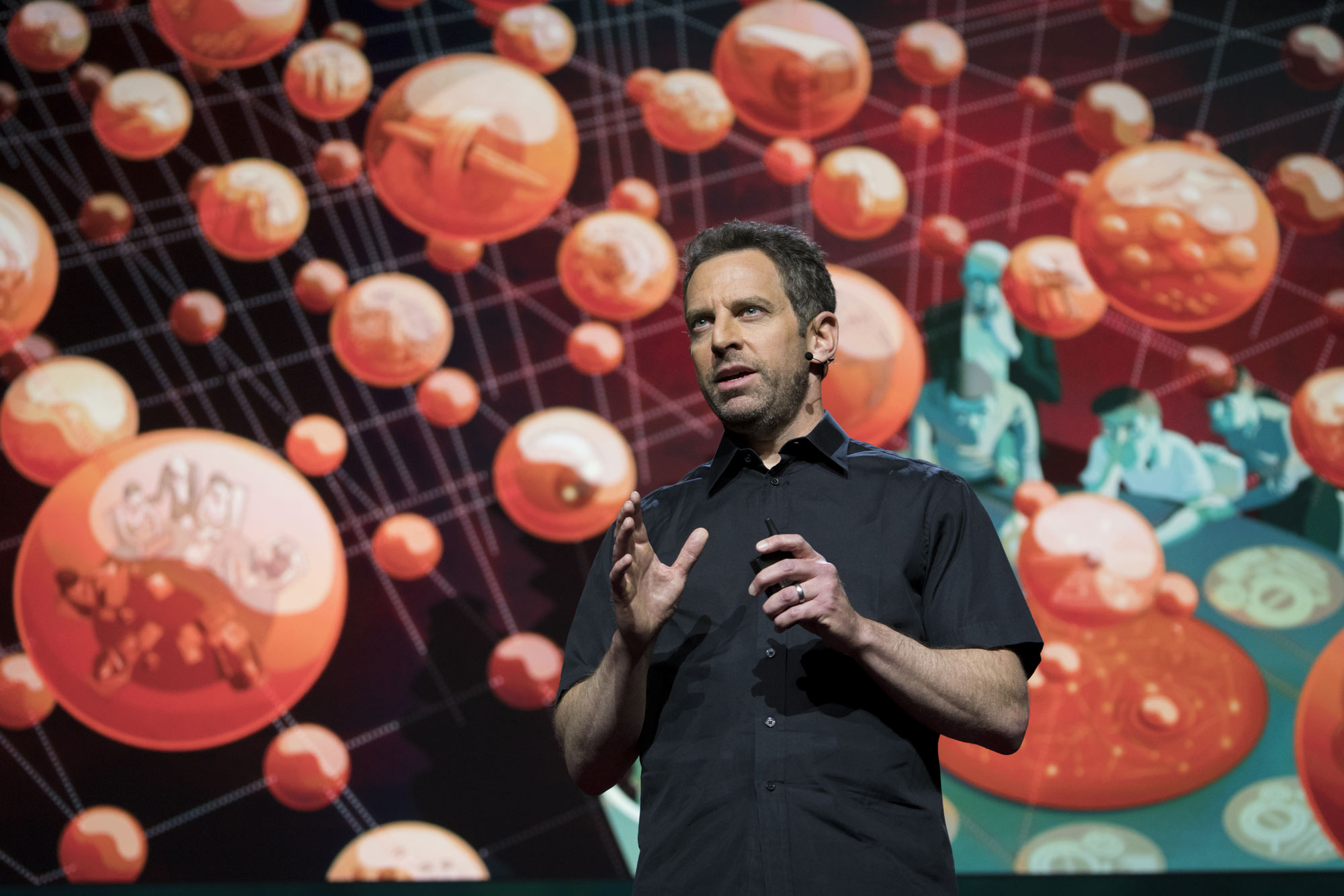 As AIs learn to learn, there’s a point where, says Sam Harris, they might outstrip our own intelligence. Photo by Bret Hartman/TED.

Scared of AI? You should be. Regardless of whether or not you’re afraid of Artificial Intelligence, Sam Harris wants you to be more afraid. He believes that we are culturally “unable to marshall an appropriate emotional response to the dangers that lay ahead.” Although it may seem alarming, Harris is not imagining a dystopian terminator future straight out of science fiction. Rather, his fear is based on three rational assumptions: 1. Intelligence is a matter of information processing information through physical systems, 2. We will continue to improve our intelligent machines, and 3. We as humans do not rank anywhere close to the possible apex of intelligent life. The eventual existence of a hyper intelligent machine is undeniable and when our goals and the machine’s inevitably differ, these superior machines will waste no time disposing of anything standing between them and their objective. Due to the immense havoc these innovations are capable of wreaking, Harris urges that the time to begin tackling the ethics of AI is now, regardless of how far away it may seem. Because we only have one shot at getting the initial conditions right and we better make sure they’re conditions we can live with.

Humility in the face of fear. In a vulnerable, striking and meditative move, author Anand Giridharadas read “A letter to the other half” to the TEDSummit audience. Penned just days before the conference, it reflected Giridharadas’ regret over ignoring the legitimate struggles and instability of a people enraged over a changing globalized world — echoing events such as Brexit and the rise of Donald Trump.

Unsubscribe. Comedian James Veitch wrapped up session 5, turning his frustrations into whimsy and amusement when his local supermarket refused to take him off their email list, despite numerous attempts on his end. The hijinks that ensues is an entertaining and priceless venture into the world of online customer care.