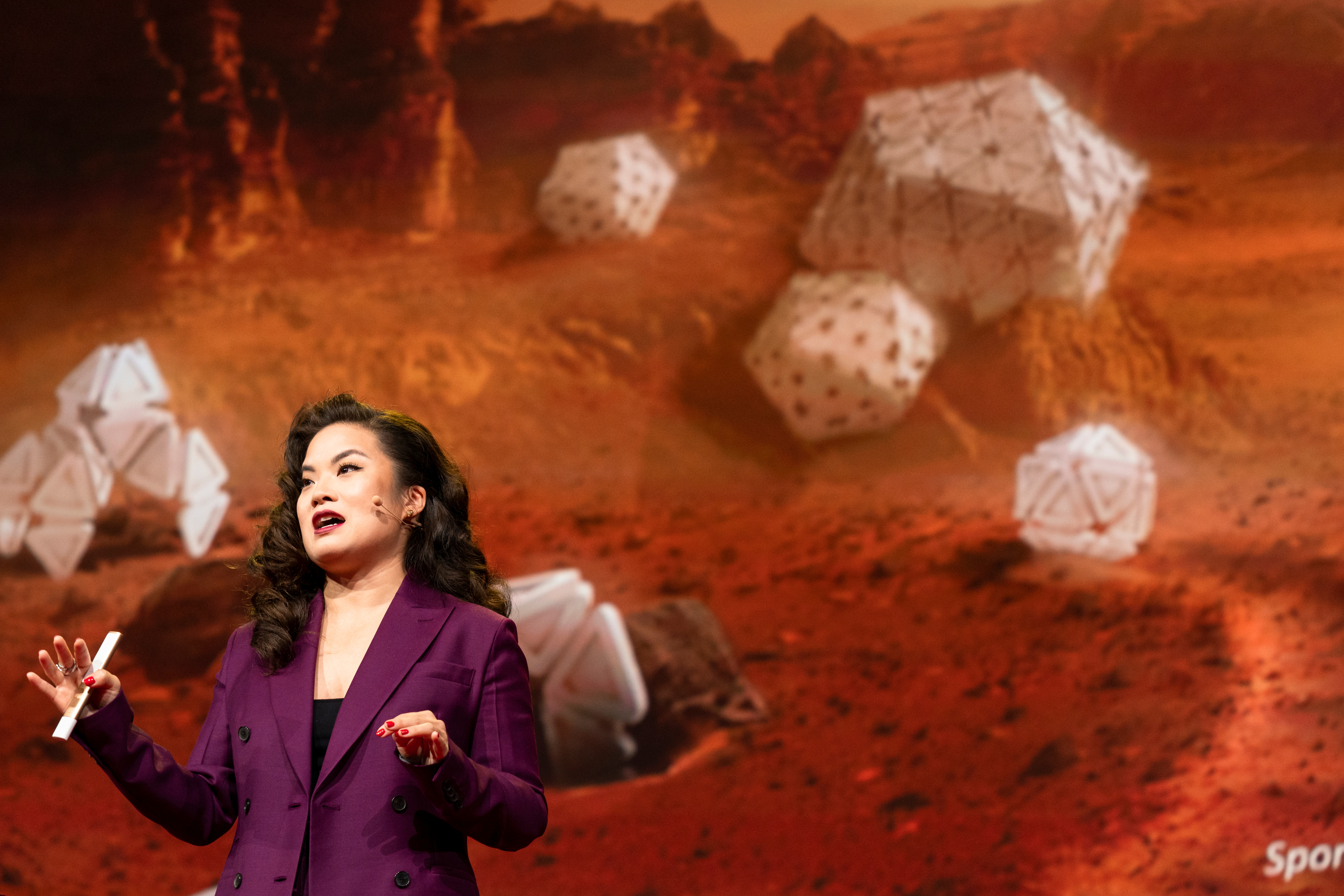 Jamie Paik unveils robogamis: folding robots that can morph and reshape themselves as the situation demands. She speaks at TED2019: Bigger Than Us, on April 18 at Vancouver, BC, Canada. (Photo: Bret Hartman / TED)

The more we look, the more our digital and analog worlds are blending. What is this future we are entering? In Session 9 of TED2019, we peer into the thrilling, sometimes frightening, often hilarious world of technology.

… and now, for something completely different: Master improver Anthony Veneziale took to the TED stage for a truly off-the-cuff performance. Armed with an audience-suggested topic (“stumbling into intimacy”) and a deck of slides he’d never seen before, Veneziale crafted a profoundly humorous meditation about the human experience at the intersection of intimacy, connection and … avocados? 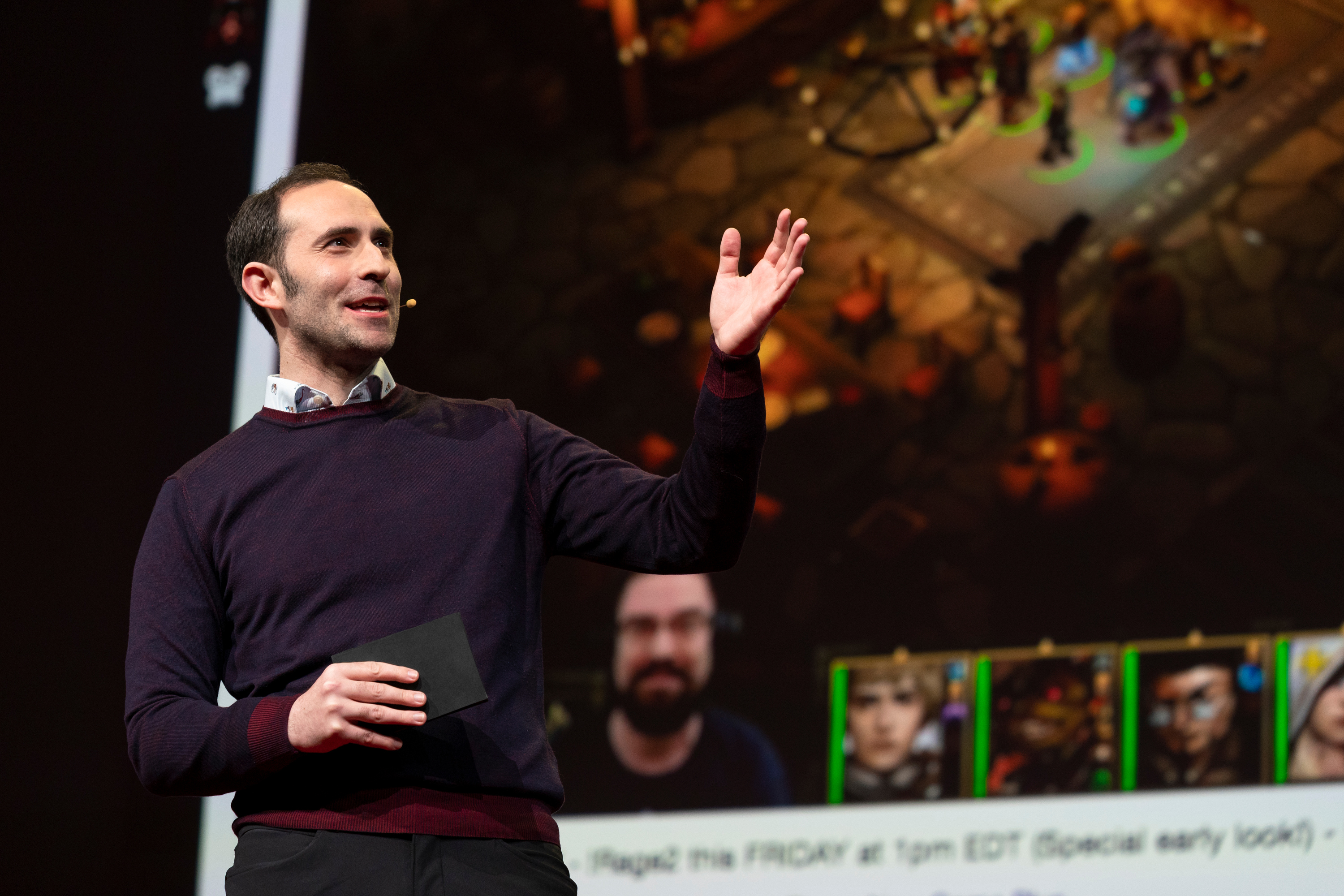 In a live conversation with a Twitch gamer, Emmett Shear (who cofounded TwitchTV) presents his vision for the future of interactive entertainment. He speaks at TED2019: Bigger Than Us, on April 18, 2019, at Vancouver, BC, Canada. (Photo: Bret Hartman / TED)

Emmett Shear, cofounder of Justin.tv and TwitchTV and part-time partner at Y Combinator

Jamie Paik, founder and director of the Reconfigurable Robotics Lab 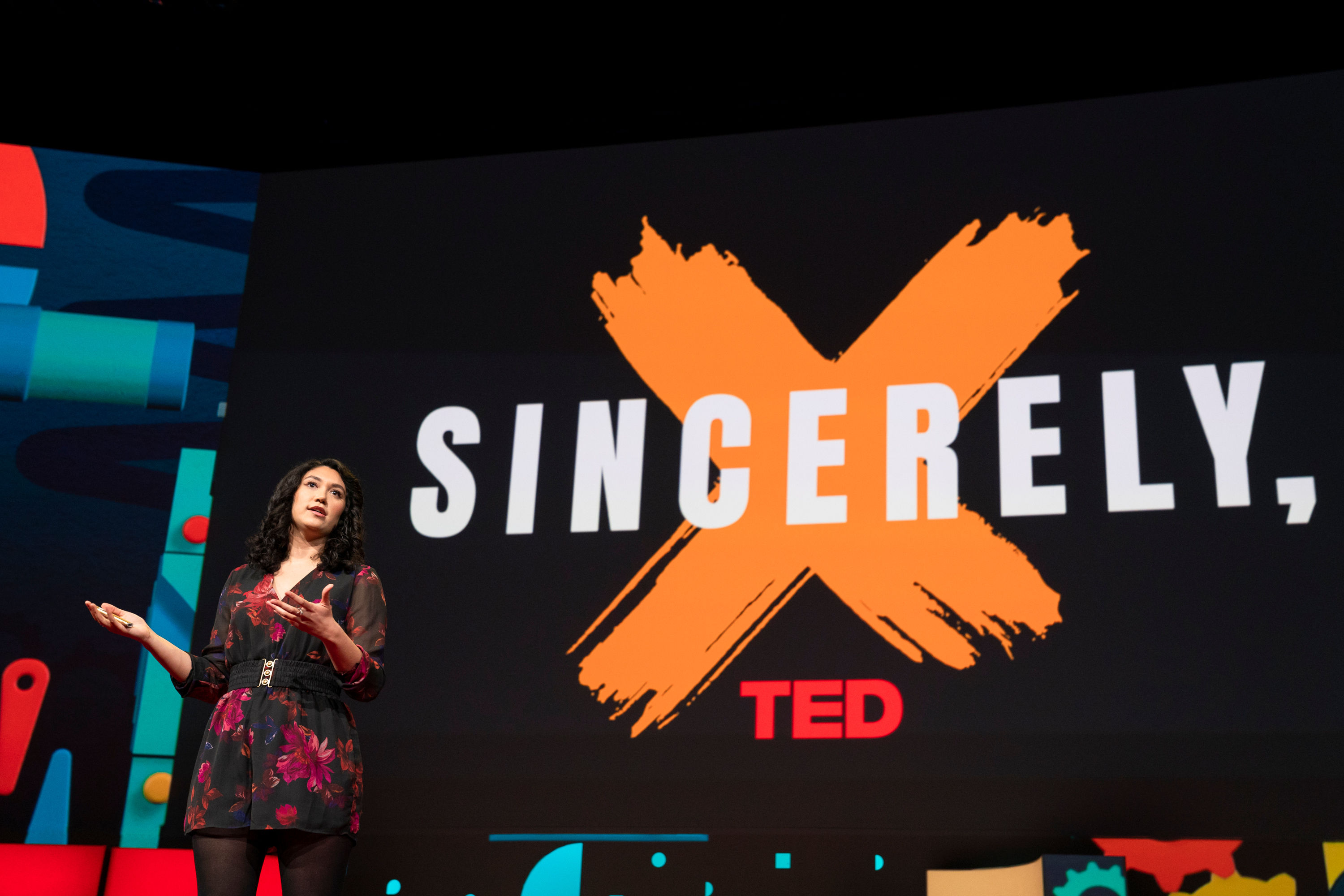 Sarah Kay announces season two of TED’s original podcast series Sincerely, X. The new season premieres May 6, 2019 with Kay as its host. She speaks at TED2019: Bigger Than Us, on April 18, 2019, at Vancouver, BC, Canada. (Photo: Bret Hartman / TED)