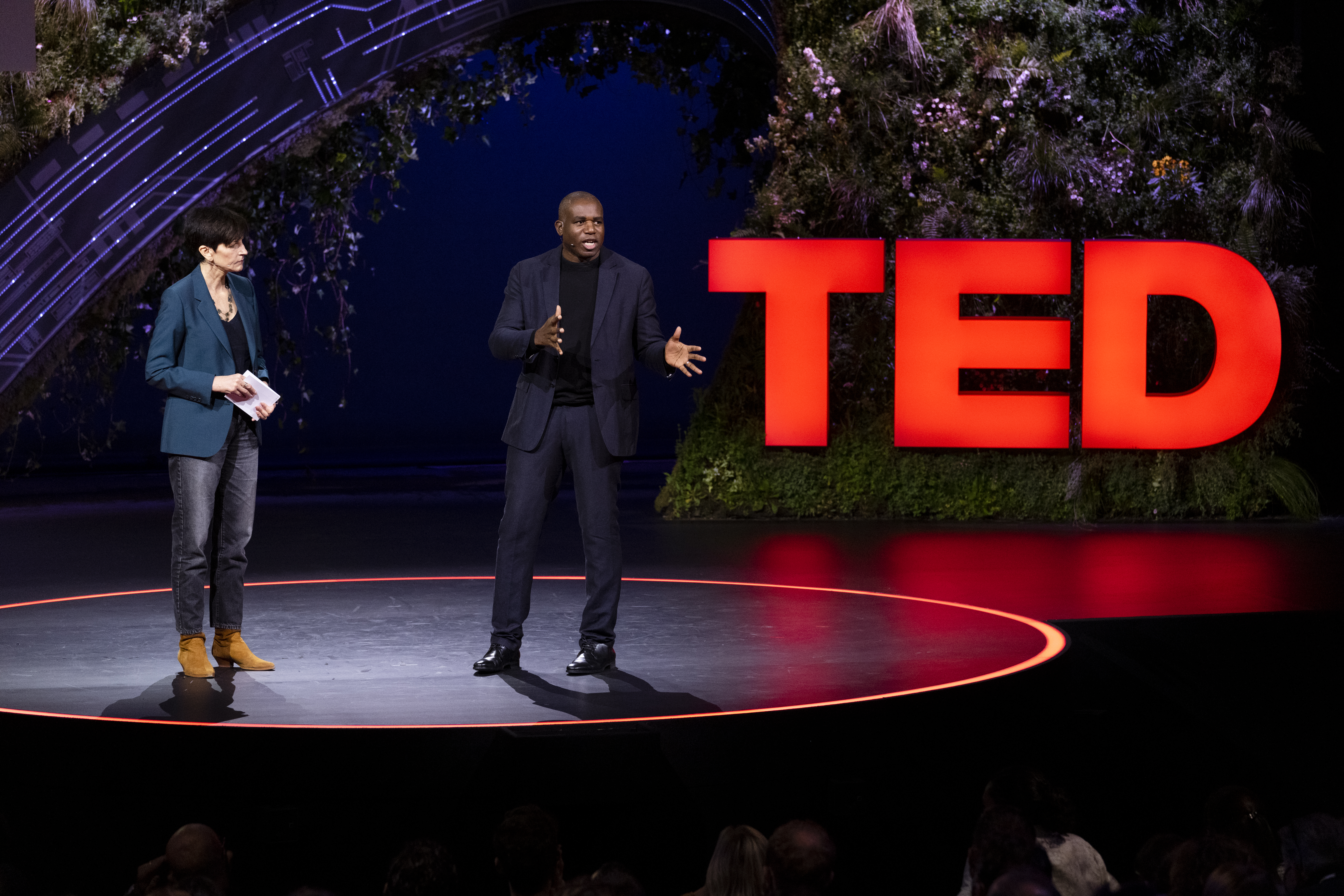 How will we get the 55 gigatons of global greenhouse emissions produced each year down to zero? By rapidly scaling up proven green technologies, finding innovative and brilliant ways to trap carbon and ending destructive practices.

In Session 4 of Countdown Summit, 10 speakers shared the actions we need to take to attack climate change at its source — and end the 400-year-old legacy of extraction that began with colonialism and stretches to today. 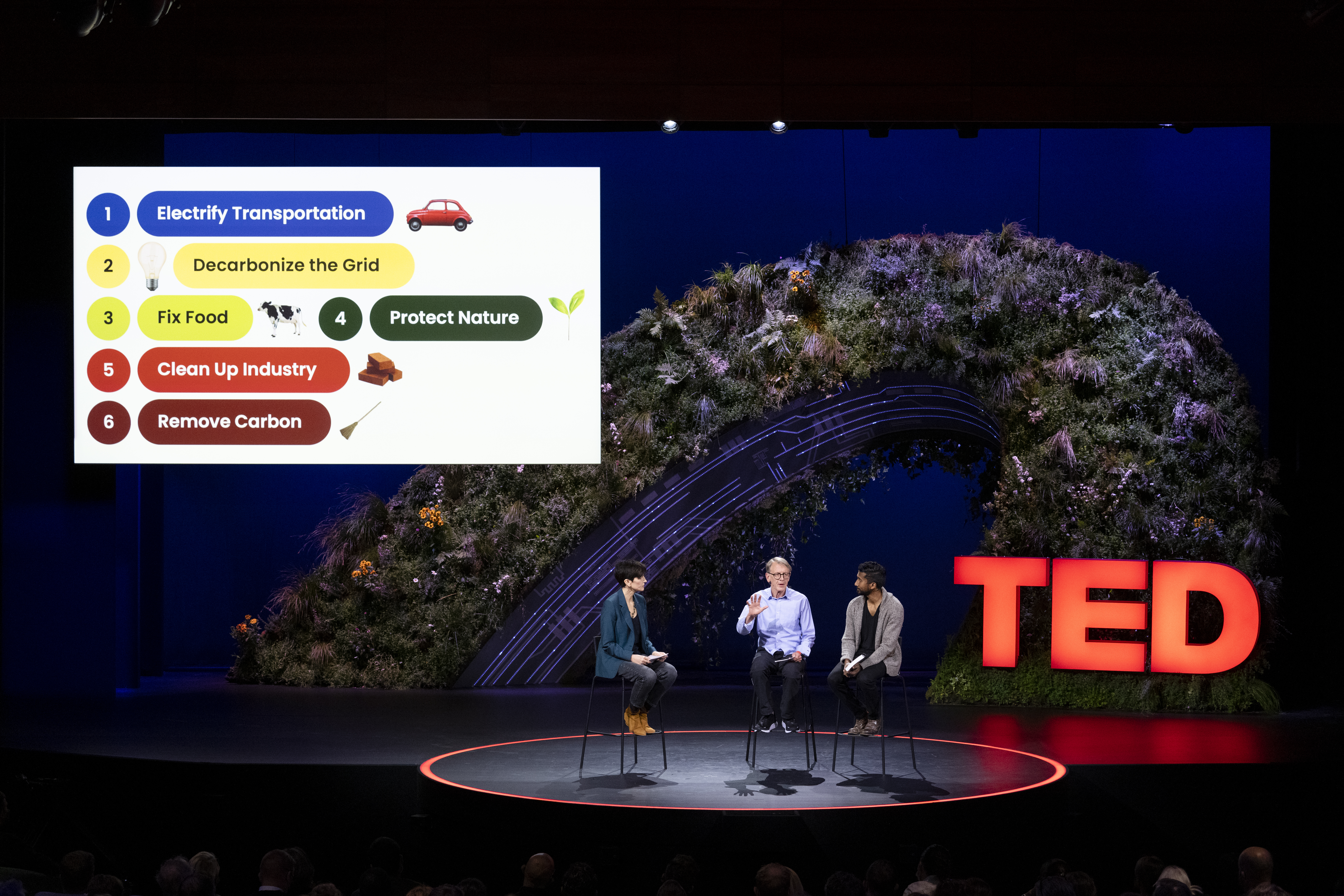 Big idea: The action plan to solve the world’s climate crisis is here.

How? John Doerr and Ryan Panchadsaram have teamed up to map out what concerted global action on climate could look like using Doerr’s proven system for setting up and tracking goals and success known as OKRs: objectives and key results. Together, they’ve broken down the road to climate action into six big parts: electrifying transportation; decarbonizing the grid with alternatives like wind, solar and nuclear; fixing the food industry; protecting nature; cleaning up business; and removing carbon. As Panchadsaram underscores, all six must be enacted at once — and quickly — alongside winning at politics and policy, so that climate commitments have follow-through. This can be achieved by turning movements into real action, innovating to drive down the cost of clean tech and investing in research, deployment and philanthropy. While these needs are both practical and ambitious, leaders and business executives are underestimating the economic opportunity — and the human cost — if we don’t act fast. Doerr and Panchadsaram call for investment now, scaling up what we already know works as well as finding new solutions. Their plan requires the United States and Europe to lead the way by showing that decarbonizing can be done and that a clean green economy is possible in order to lower the costs for everyone — especially those who have suffered the most but contributed the least to the climate problem. “How much more damage do we have to endure before we realize it’s cheaper to save this planet than to ruin it?” Doerr asks. 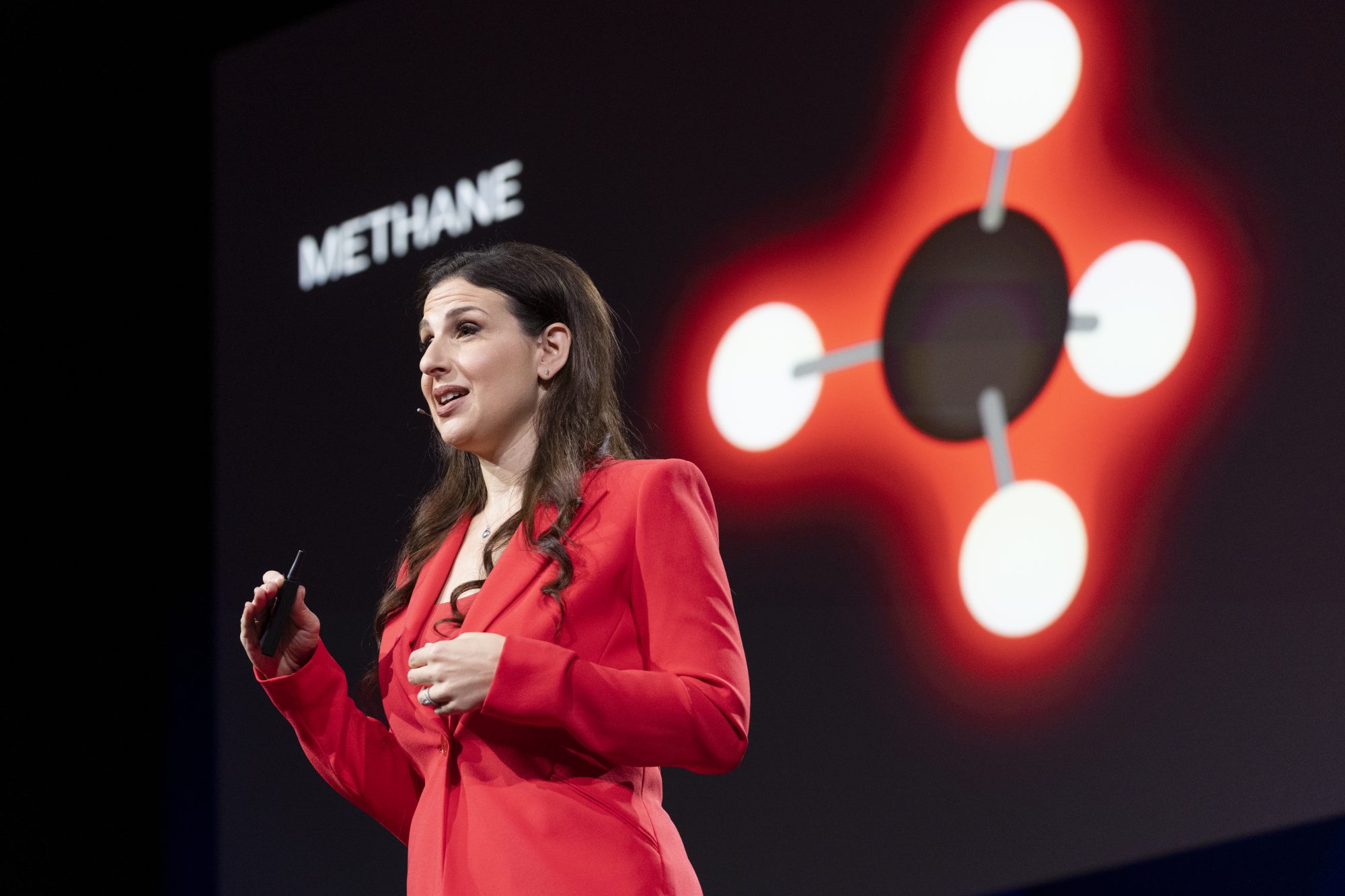 Big idea: Cutting methane emissions is the single most effective way to slow the rate of climate change.

How? Methane gas emissions could cause a greater short-term increase in global warming than CO2 emissions, says atmospheric scientist Ilissa Ocko. Fortunately, we can use available technologies to halve methane emissions from human activities like fossil fuel production, waste management and agriculture. Methane gas is a significant byproduct of oil, coal and gas extraction, but with sensor technology, we can detect and quantify emissions with unprecedented precision, eliminating the majority of accidental emissions at no net cost. Waste management also produces methane when bacteria decompose garbage and sludge in wastewater. Ocko proposes we vacuum up the methane emitted from landfills and use this gas for electricity. (Although burning methane does emit CO2, CO2 traps a lot less heat than methane). Finally, Ocko says we need to tackle the number one methane polluter: raising livestock. Some solutions include using higher quality feed for cows and covering manure lagoons. If we implement rapid, full-scale efforts in each sector, Ocko is confident we will reap the climate benefits in our lifetimes. “We could slow down the rate of warming by as much as 30 percent before mid-century,” she says.

How? Scientists have long known that cows are a huge source of greenhouse gasses, contributing up to four percent of emissions globally each year. And since humanity doesn’t seem to be willing to adopt a plant-based diet on anything near the global scale required to ameliorate these emissions, we need to find ways to make cattle less — ahem — gassy. Animal scientist Ermias Kebreab is developing a green solution, sourced from just below the surface of our oceans: seaweed. Inspired by research showing that feeding cattle seaweed could drastically reduce the methane produced by burping, he’s devised ways to feed it to dairy animals in a scalable way. Eventually, Kebreab and his colleagues discovered they could cut methane emissions from cattle up to a staggering 98 percent with the proper combination of feed and seaweed.

Big idea: Surely there must be something funny about climate change.

Right? Not really, says actor and activist Rainn Wilson, in a comedic interlude between talks. Backed up by an ensemble of famous friends like Maria Bamford, Larry Wilmore, Weird Al Yankovic and many more, Wilson searches for the comedic light in humanity’s greatest challenge and comes up with — well, basically nothing. (Although in a dark, twisted way, not finding any humor at all can be kind of funny in itself.) “Maybe there’s nothing funny about climate change,” says Al Madrigal. “Let’s fix it.” 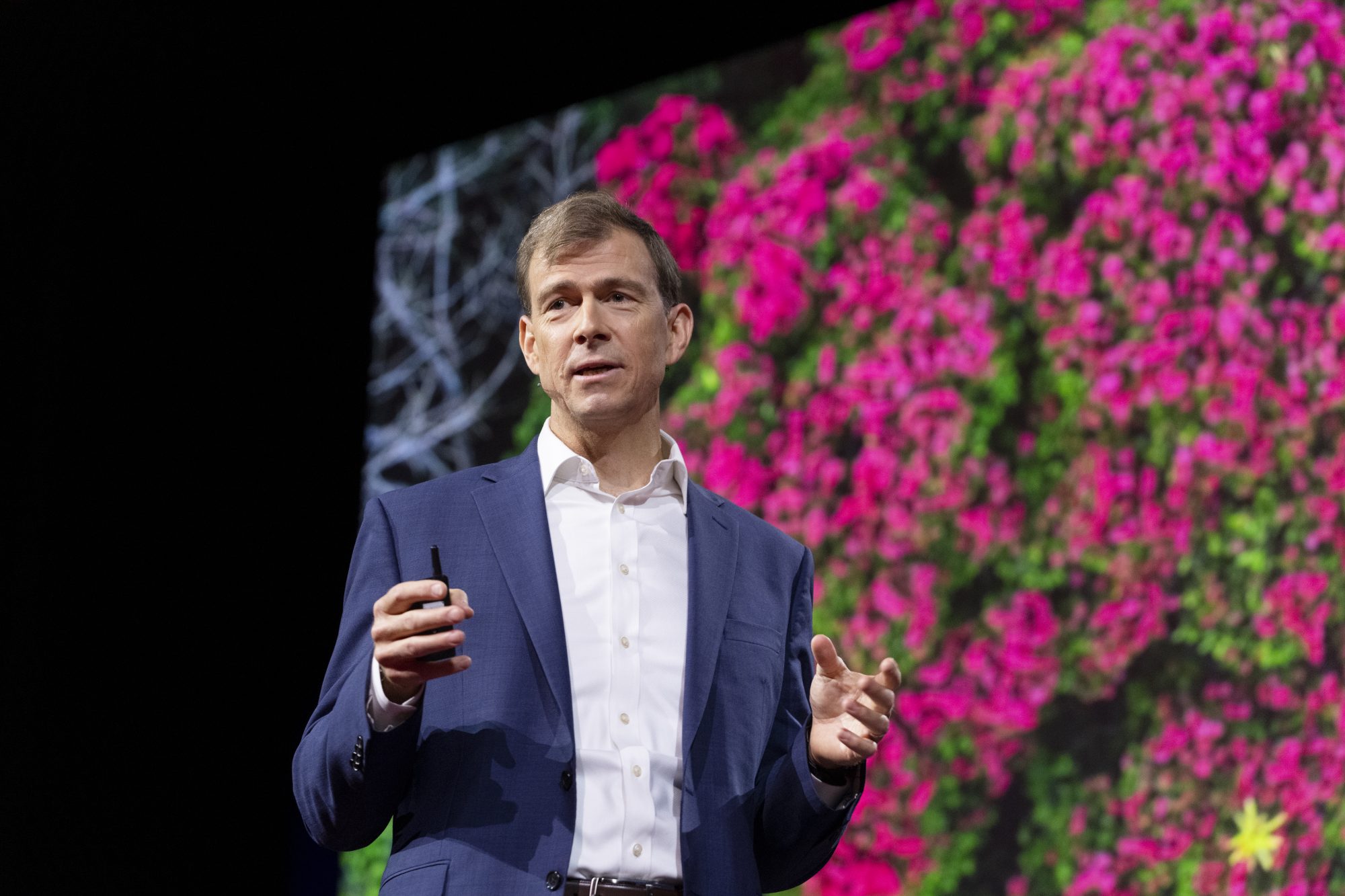 Why? Deforestation means carbon pollution, as eliminating tropical forests means losing one of the world’s most important carbon sinks, responsible for absorbing over one-fifth of emissions made from burning fossil fuels. And right now, instead of protecting rainforests, we’re cutting them down at alarming rates, pushing us closer to a tipping point. The heart of the problem is economic, says climate policy advocate Nat Keohane. That so long as it’s profitable to chop down forests for timber or clear them for agriculture, we’ll continue to lose them unless incentives are worth more to keep these important places alive. He proposes a way forward, successfully happening in Brazil’s Mato Grosso within the Amazon, where the state is now a model of economic development and forest protection — down 85 percent in deforestation since making the leap toward sustainable growth for beef and soy. How did they do it? Using the three key building blocks for any credible green market, which is also upheld by his coalition, LEAF: precision carbon measurements, standardizing buyer quality and creating a transaction platform for companies looking to make good on their climate commitments. “If we can expand LEAF globally, we can stop tropical deforestation, protect some of the largest carbon sinks on the planet and enable forest nations and local populations to thrive and grow, Keohane says. “All because we harness the power of the market to reflect the full value of standing forest.”

Big idea: We can harness the power of nature, human ingenuity and technology to remove carbon dioxide from the atmosphere and stop climate change from getting worse.

How? What do wooly pigs have to do with the future of our planet? According to writer Gabrielle Walker, this relative of the Scottish wild boar is one example of a new approach to addressing climate change through carbon removal. Walker says reducing carbon emissions isn’t enough to slow global warming; we also need to take billions of tons of CO2 out of the atmosphere in the next few decades. On the Isle of Mule in Scotland, wooly pigs root out the undergrowth leftover from sheep grazing, allowing native trees to grow back and, eventually, suck carbon from the air. Other carbon removal solutions are equally ingenious and surprising. For instance, basalt rock formed from volcanic lava naturally traps carbon, but we can accelerate the carbon capture process by grinding the rock and spreading it across agricultural fields. Walker also says we can use technology to speed up carbon removal. She points to a giant fan in Texas that strips CO2 from the air and buries it underground as well as construction projects that use wood (natural carbon stores) to build skyscrapers instead of high-emitting materials like concrete.

How? Session 4 closed with a conversation between Chris James, cofounder of Engine No. 1, the activist fund that successfully installed three new directors on the board of the US’s largest oil firm, ExxonMobil; Lauren MacDonald, Scottish climate activist and a member of the Stop Cambo campaign, fighting against a proposed offshore oil field west of the Shetlands; and Ben van Beurden, CEO of Royal Dutch Shell, the largest Europe-based oil and gas company. The discussion was moderated by Christiana Figueres, the Costa Rican diplomat who steered the global effort that culminated in the 2015 Paris Agreement. The difficult and at moments emotional onstage panel covered fossil fuels and accelerating the trajectory of decarbonization. Read more about it here.