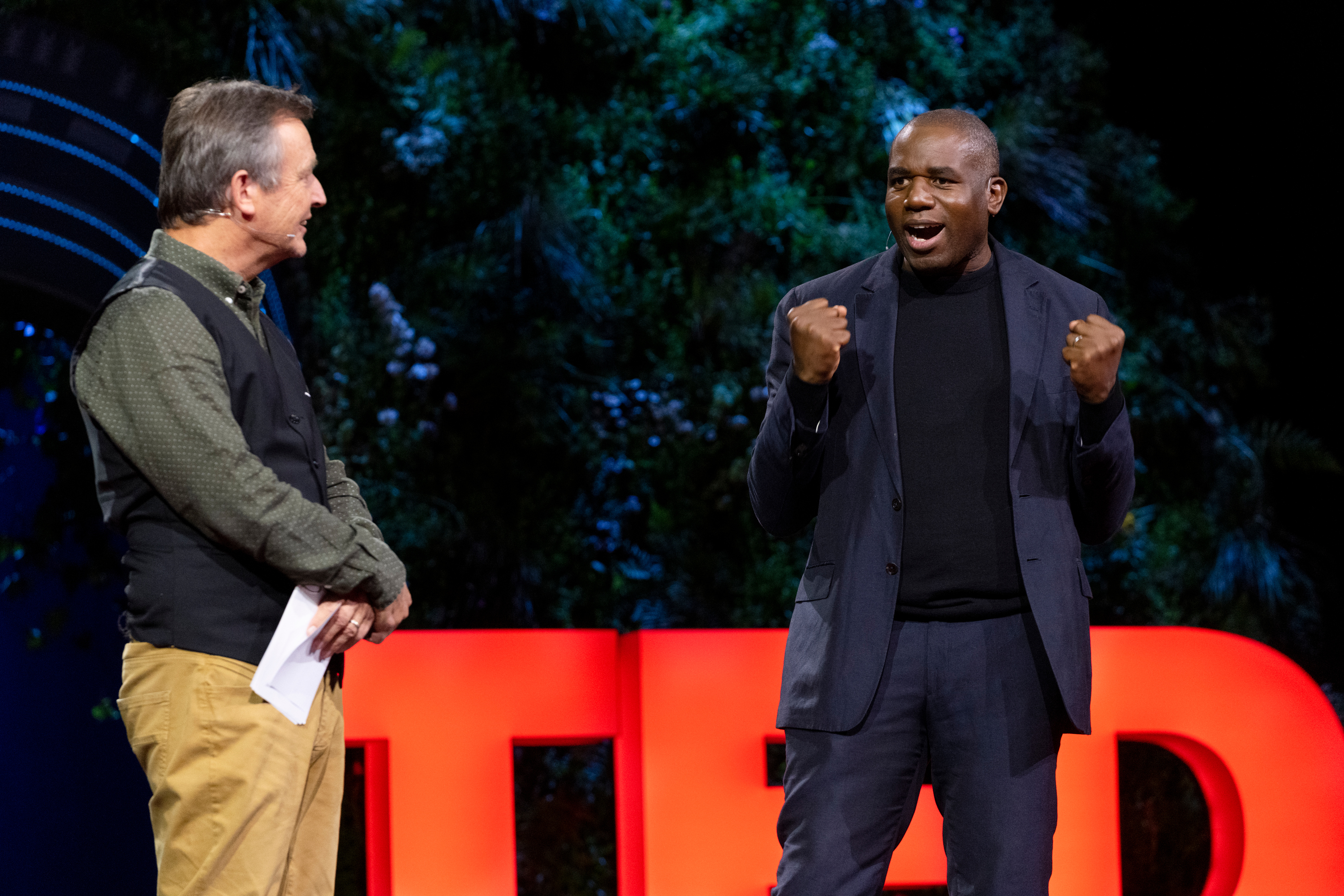 To take on the climate crisis, we’re in for some big rethinking — in how we live, work, eat and move forward with solutions that make livelihoods more equitable for everyone, no matter their location or background. The speakers of Countdown Summit Session 5 dig in deep to examine what can be rethought, reworked and revolutionized to make create a turning point in building a just, climate-focused future.

The event: Countdown Summit: Session 5, hosted by head of TED Chris Anderson and David Lammy, Member of Parliament for Tottenham, England, at the Edinburgh International Conference Centre in Edinburgh, Scotland on Thursday, October 14, 2021

Food for thought: One of the keys of reducing emissions is eating less meat, and the Countdown Summit is at the forefront attempting to go full-scale vegan. The conference’s head chef Derek Sarno gives mindful yet appetizing insights into why he made the switch to veganism — and what it means to have a plant-based and environmentally friendly diet. 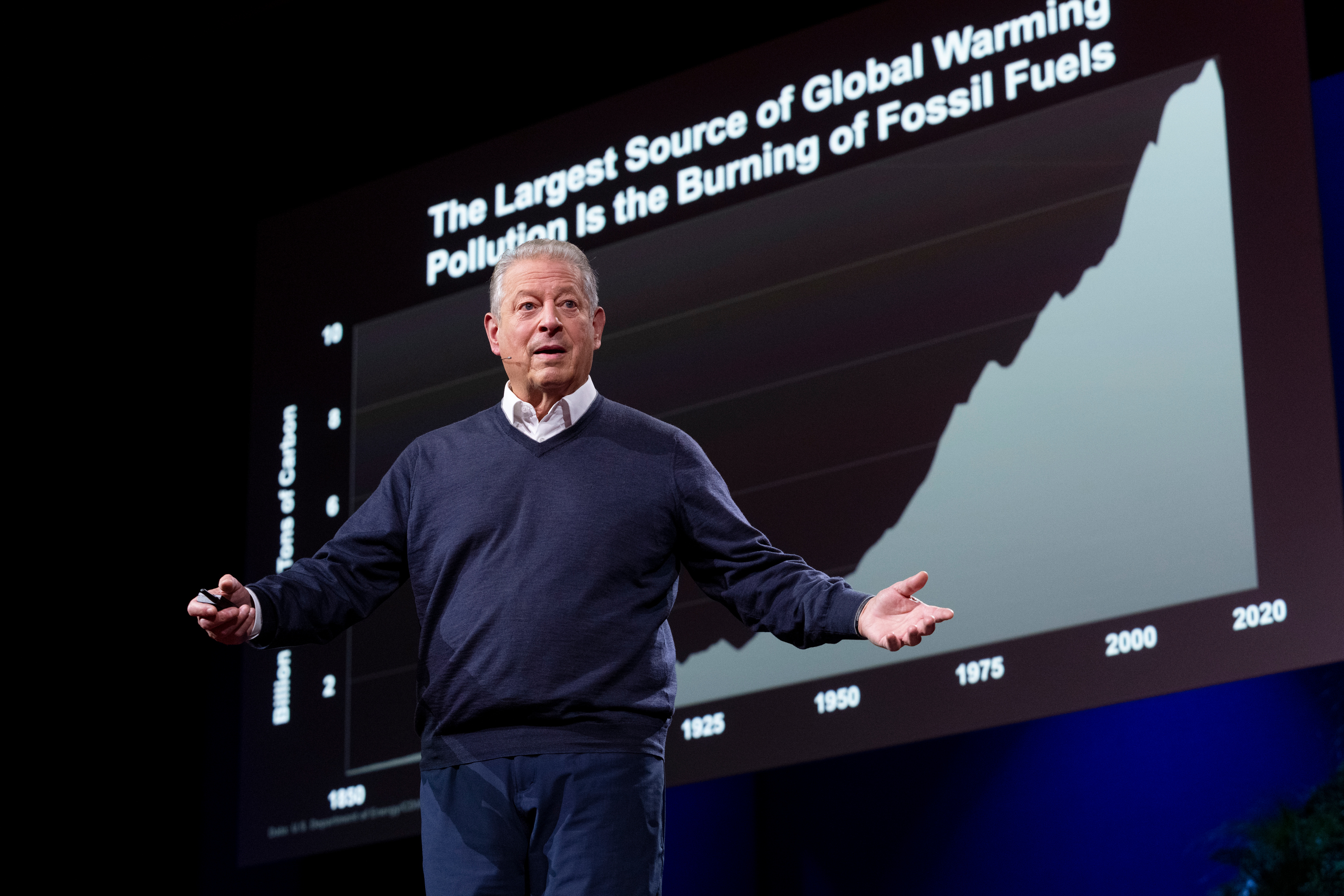 Big idea: The climate crisis is the most serious manifestation of an underlying collision between human civilization as we know it and the planet’s ecological systems.

Why? The system most in jeopardy today because of climate change is the very thin shell of atmosphere surrounding our planet. We dump millions of tons of human-made pollution into as if it were an open sewer, the majority of it being fossil fuel emissions, trapping the heat equivalent of 600,000 Hiroshima-class atomic bombs exploding everyday, says climate advocate and Nobel laureate Al Gore. This desecration of the planet is leading to record heat indexes, anomalous extreme climate events (think: fires, floods and atmospheric tsunamis) and increasingly uninhabitable lands and oceans across the world. And this is just a hint at what’s to come. Gore draws undeniable parallels between the climate crisis and COVID-19 pandemic to show how quickly things can change for the worse when ignoring obvious signs — and the frustrating questions that arise when obvious solutions are not implemented equitably. Right now, the sustainability revolution is the biggest investment opportunity in the world. We need the scale of the industrial revolution coupled with the speed of the digital revolution, Gore says, and we need reforms in the current version of capitalism to get there. A net-zero future is within reach, but first we need to flip that mental switch to truly understanding that we can stop the climate crisis. “This is the biggest emergent social movement in all of history,” Gore declares. “If anybody thinks that we don’t have the political will, remember that political will itself is a renewable resource.” 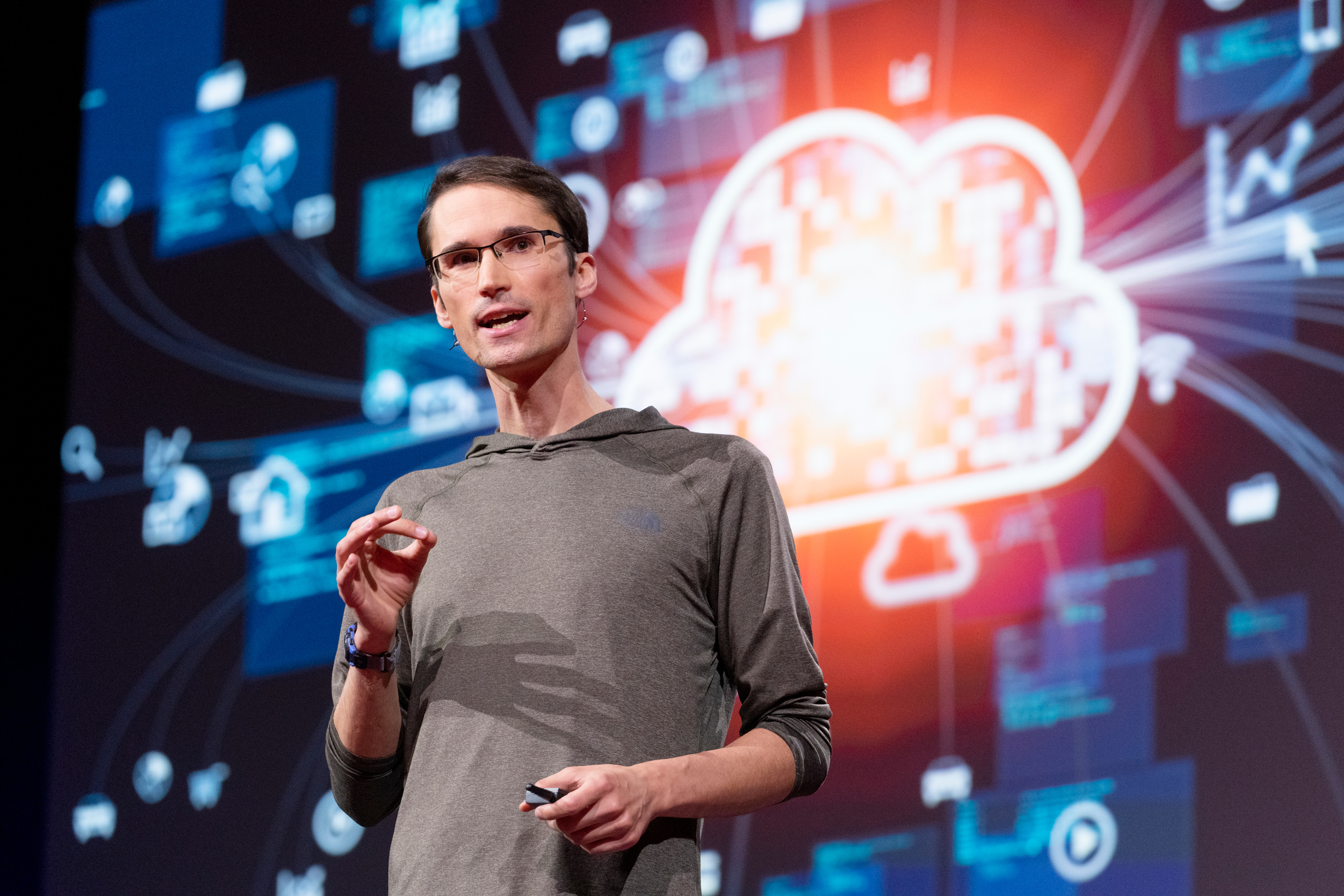 Big idea: Everybody knows that human activity is driving climate change. While governments track their own emissions, is there a way for third parties to track individual polluters?

How? By leveraging existing technology to track the carbon footprints of specific industries, green tech pioneer Gavin McCormick is helping provide tools for policymakers to zero in on the world’s worst emission culprits. As it turns out, very little is known about where human emissions are coming from. Typically self-reported by the polluters themselves, greenhouse gas data is at best an estimate of our “emissions inventory.” Without good data, it’s tough to know how to cure our climate problems. Partnering with a coalition of NGOs, tech companies and even Al Gore, McCormick’s company WattTime has helped create Climate TRACE, a global, transparent and accessible emissions tracking system that uses satellite imagery and AI to hunt down emissions — whether they’re coming from coal plants, factory farms or ocean-going vessels — and transparently report on them.

Big idea: Africa needs new energy sources to fuel its development, but the continent should invest in renewable energy instead of cheap, polluting alternatives like coal.

Why? About 600 million people in Africa still don’t have reliable access to electricity. As a member of the Strategic Youth Network for Development in Ghana, Chibeze Ezekiel agrees that Africa needs energy, but does not believe that coal is the answer for the long-term development of Africa. In 2013, Ghana’s government began planning the construction of the country’s first coal power plant. While the project would have created many new jobs, Ezekiel knew the plant’s wastewater, ash and mercury emissions posed severe health and environmental risks to the local population. He worked with the impacted communities to discuss the consequences of the plan before launching a media campaign against it — and, to his surprise, it worked. Ghana abandoned plans to build the plant and has since decided to prioritize investments in renewable energy. As Ezekiel says, “Development and clean, breathable air should not be mutually exclusive.” 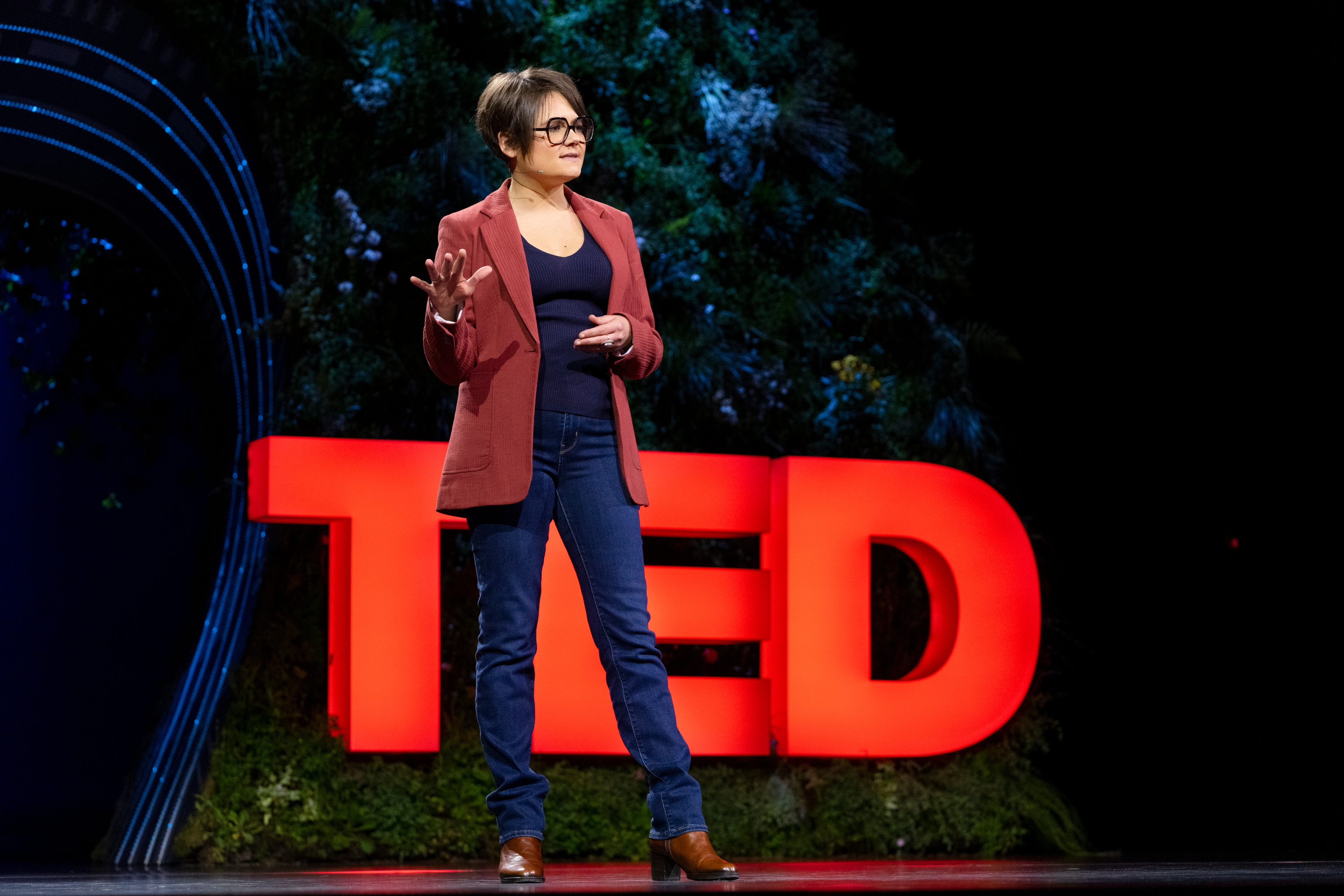 Big idea: Pollution has a driving force: money. To cut the problem off at the source, you have to start with banks and insurance companies.

How? When we think about pollution and climate change, we usually think of puffs of black smoke rising above coal plants or oil and gas drills digging deep into the Earth. These images haunt us — but the picture is more complex, says financial responsibility campaigner Lucie Pinson. She works to decarbonize finance, convincing banks and insurance companies to stop funding or insuring fossil fuel projects and, in the process, halting development on new fossil fuel projects. She explains her three-part playbook to stop money going into dirty energy: first, make demands that are specific, measurable, achievable and time-bound; second, accept any reason for action (e.g., you might not convince a suite of finance executives of the moral necessity to stop drilling, but you can convince them of the risk to their reputations); and third, engage in what Pinson calls “collaborative blackmailing” — like publishing a bombshell report on new coal plant financing unless the bank agrees to pull out. It’s time to do more than just voting with your wallet and switching over to ethical banking; we need to join together to demand a better from banks and insurers everywhere. 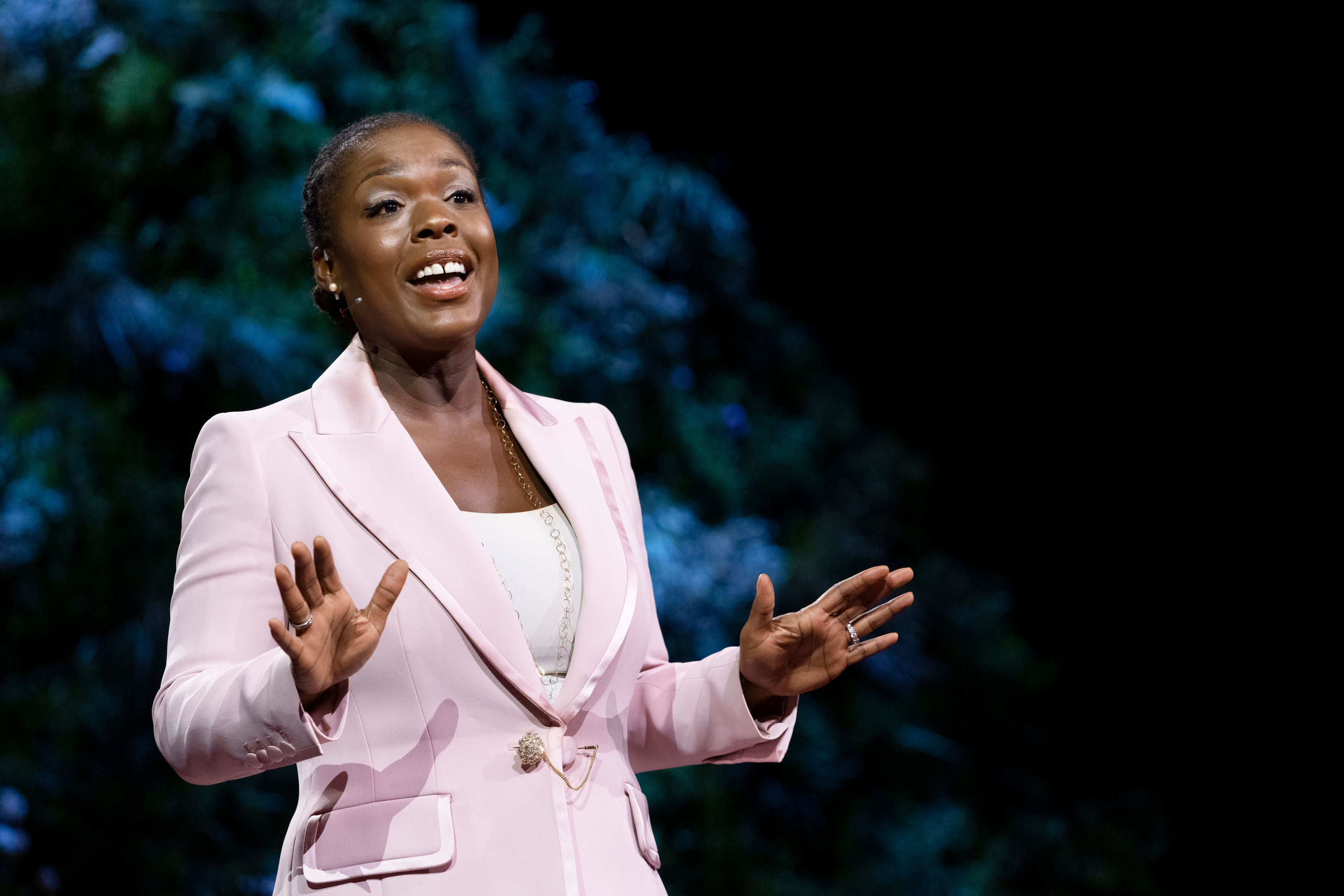 Big Idea: We need to decarbonize the economy we currently have and invest in a new, net-zero economy now.

How? Bringing science to finance, investment decarbonization expert Nili Gilbert wants to decarbonize the real world — not just investment portfolios. That’s a costly endeavor — net-zero carbon emissions will demand $3-5 trillion per year between now and 2050, she explains. How can we make this possible? First, Gilbert says, we need to fund transformation in every sector, from “light” (like healthcare) to “heavy” (like infrastructure). Next, climate inequality must be addressed with decarbonization goals in mind. As Gilbert says, “Greenhouse gases don’t hover in any one country. Emissions anywhere mean warming everywhere.” Markets can be a tool for positive change, but solutions need to be oriented to the reality of climate change.

Big idea: If humanity is going to survive as a species, we need to understand — and map — every corner of the Earth.

How? We’re going to have to leverage every last byte of information we can gather about our natural and built environments. Very soon, web-based interconnected technologies will be able to map literally everything that happens on Earth, allowing us to create a geographic information system (GIS) for the entire planet — a “nervous system for a more sustainable future,” as Jack Dangermond puts it. By seeing where we’re going and mapping out alternate paths to get there, we can create a global, holistic vision of a sustainable future that’s not confined to the borders of our own countries. 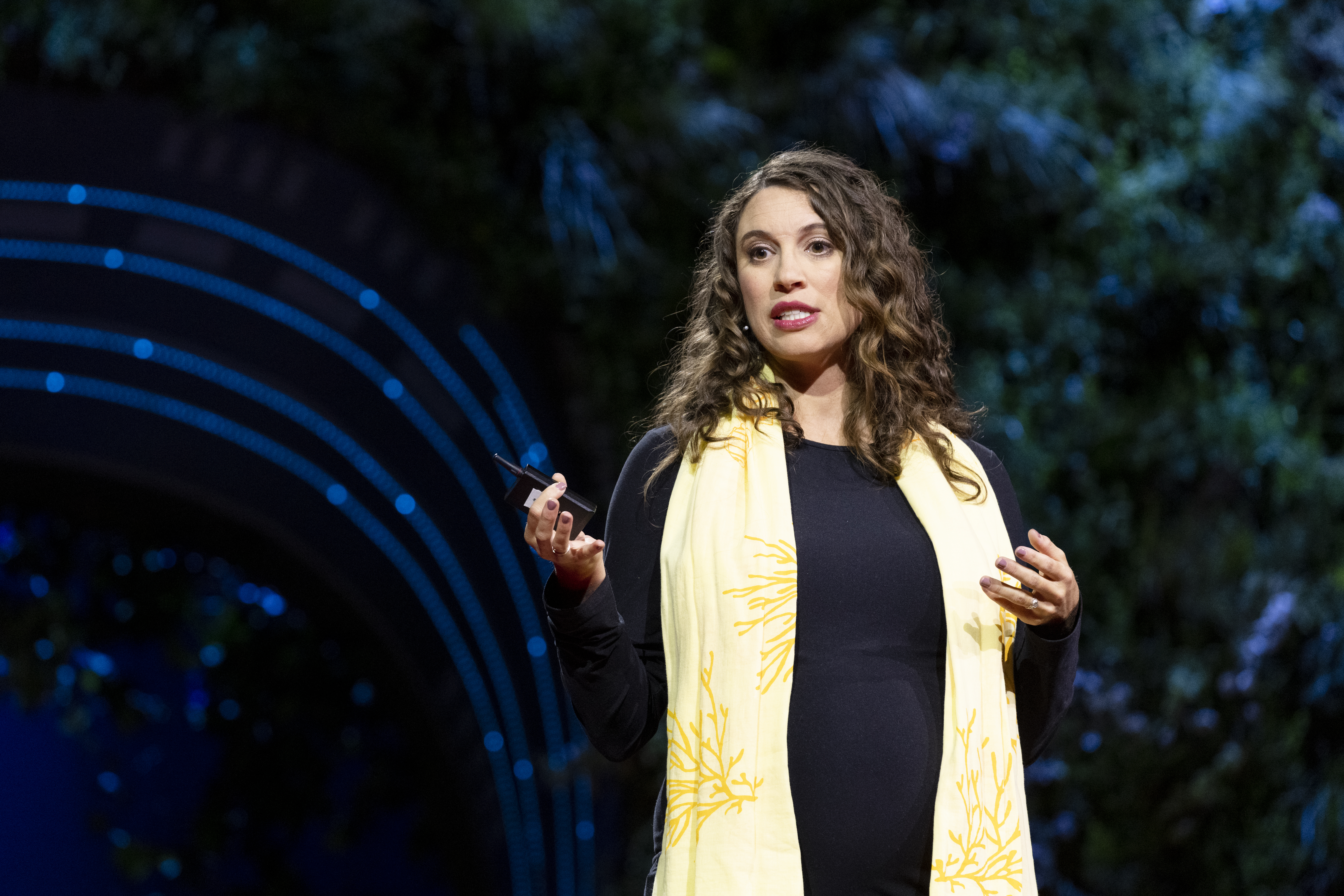 Big idea: Technology is only half of the solution when it comes to climate change — investing in the communities where those technologies will be scaled and deployed is just as important.

Why? Last year, investors poured nearly half a trillion dollars into breakthrough decarbonization technologies, but only around $9 billion in funding went to community-based climate solutions. At the Elemental Excelerator, Dawn Lippert and her mentor Maurice Kaya are working to rebalance the equation, bringing community investment more in line with investments in tech. What exactly does community investment look like? “What I mean is investing in nonprofits, in education and in hiring locally — so that we actually have the capacity in local places to implement technologies,” Lippert says. Taking the example of concrete, one of the most abundantly consumed materials on the planet, Lippert explains how she helped fund a startup that introduces captured CO2 into the process of creating concrete — a breakthrough technology that could transform one of the biggest sources of carbon emissions into a carbon sink. But developing cool new technology wasn’t enough; she also worked with governments to create demand for this new concrete by passing a resolution to prefer low-carbon concrete in all new projects. In another project in Hawaii, Lippert helped bridge the gap between a nonprofit seeking to address water pollution on reefs, beaches and fishponds and a startup that turns polluted water into clean electricity, helping the two sides to speak the same language to achieve a shared goal. “For any of these new solutions to work for climate, they have to have at least these two ingredients: the technology that scales and the relationships and empathy that we share,” she says.