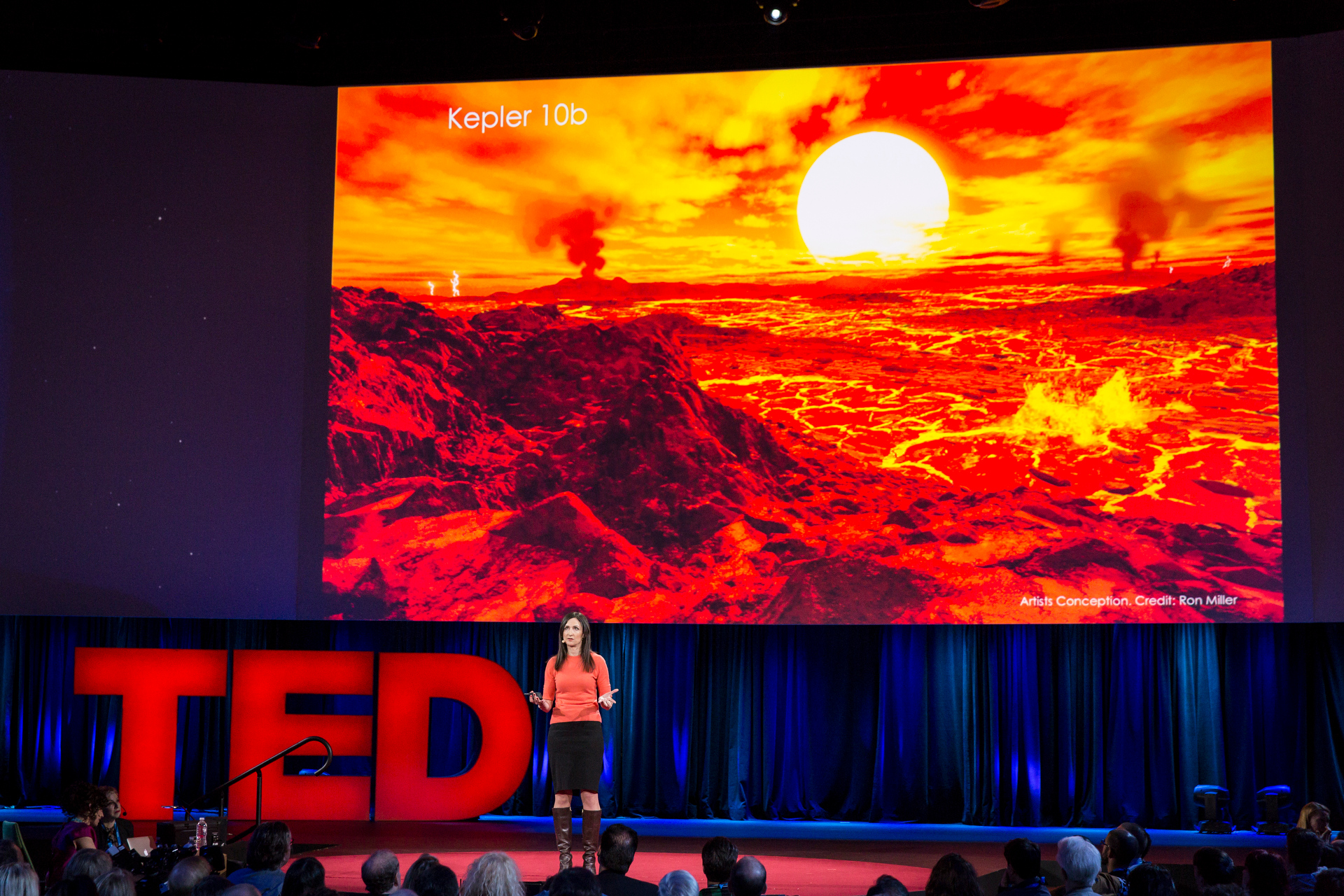 Sara Seager speaks about her search for life outside the Milky Way. Photo: Bret Hartman/TED

“Are we alone? Is there life out there?” asks Sara Seager on the stage in Session 4 of TED2015. “These questions have been around for thousands of years since the days of the Greek philosophers. I’m here to tell you just how close we are getting.”

Seager is a professor at MIT who has been referred to as “an astronomical Indiana Jones.” Despite naysayers who said what she was searching for didn’t even exist, her research helped lead to the discovery of the first planet outside our solar system — aka an exoplanet — with an atmosphere. Her latest instinct: that “orbiting stars far, far away,” there are other planets. Potentially one similar to Earth.

“Our sun is but one of many stars,” she says. “We know that every star has at least one planet … Our night sky is literally teeming with exoplanets.”

Seager introduces us to a few known exoplanets with a couple of beautifully designed travel posters that raise chuckles from the audience:

Of course, research continues on exoplanets as we look for ones that have the right conditions for life. The Hubble Space Telescope is able to study large exoplanets — and astronomers are figuring out how to gather information about the small ones.

So how do we learn more about all these exoplanets? They use spectroscopy, a tool that measures the gases in a planet’s atmosphere — each planet having its own unique fingerprint. Life produces thousands of gases, and Seager and her team are working to identify which ones they should be looking for.

Doing this research will require building more sophisticated spacecraft. She shows us the Starshade — an enormous foldable device that would be launched with a telescope. Upon deployment, it would unfurl to block out the light of nearby stars and allow for gas measurement to take place.

“I’m devoting the rest of my life to finding other Earths,” says Seager. “If there are intelligent aliens, orbiting another planet around a star near to us, all we’ll see is a pale blue dot. One little pinprick of life.”