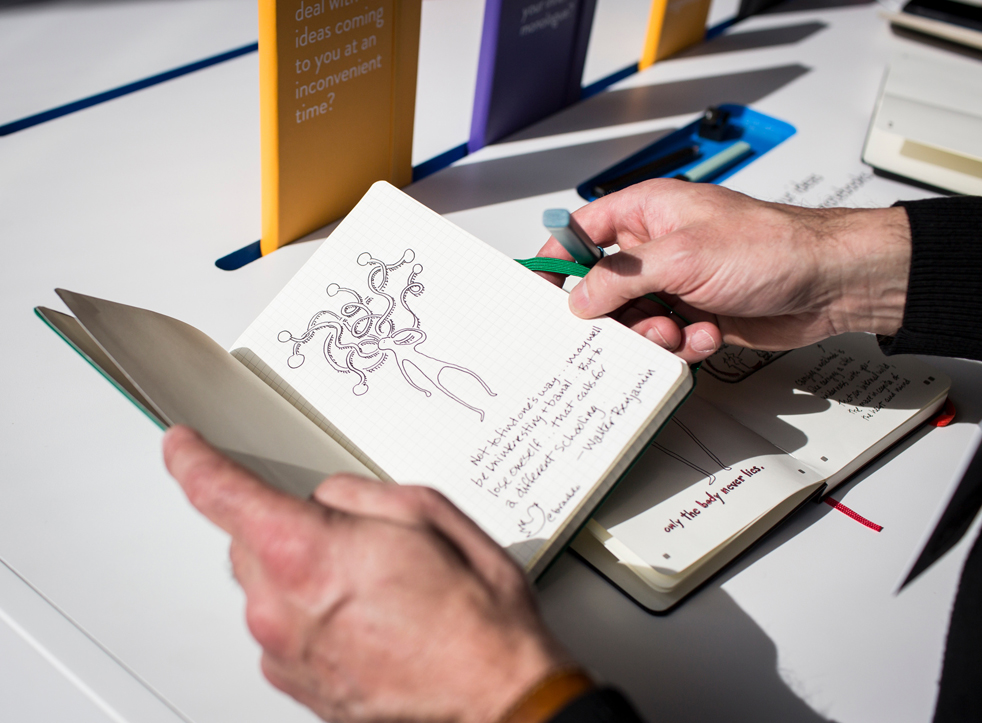 At Moleskine’s #IdeasNoted exhibit at TED2015, illustrator Brad Ovenell-Carter took image-focused notes on the conference in a “Smart Notebook” that makes digital sharing of the written word easy. Photo: TED

When it comes to note-taking, it’s easy to try to get it all instead of just the important takeaways. Sketchnoting, a process that favors the use of image, forces you to look for the big picture.

At this year’s TED, sketchnoters crossed the digital line in a big way. Over at Moleskine’s exhibit, Brad Ovenell-Carter took crib notes on the conference, demoing a Moleskine Smart Notebook made of paper optimized for digital sharing. While it feels like a traditional leather-bound notebook in the hand, it connects to Creative Cloud for digital rendering.

Meanwhile, veteran TED attendee and Ford’s Futurist Sheryl Connelly shared her sketchnotes publically via Microsoft OneNote, which published daily from her Surface 3 Pro. Her entire sketchbook can be accessed here.

Both of Ovenell-Carter and Connelly follow a practice of looking for the overarching idea, versus falling prey to the desire to transcribe every word.

“When I sketchnote,” says Ovenell-Carter, “I only write down what I don’t know and not something I could look up in a textbook or online. There’s way too much here to actually walk away with. You have to try to get one thing. It’s a bit of an exercise in ‘what do I want to take away at the end of the day?’”

We’ve included some of our favorite sketchnotes from both artists below. 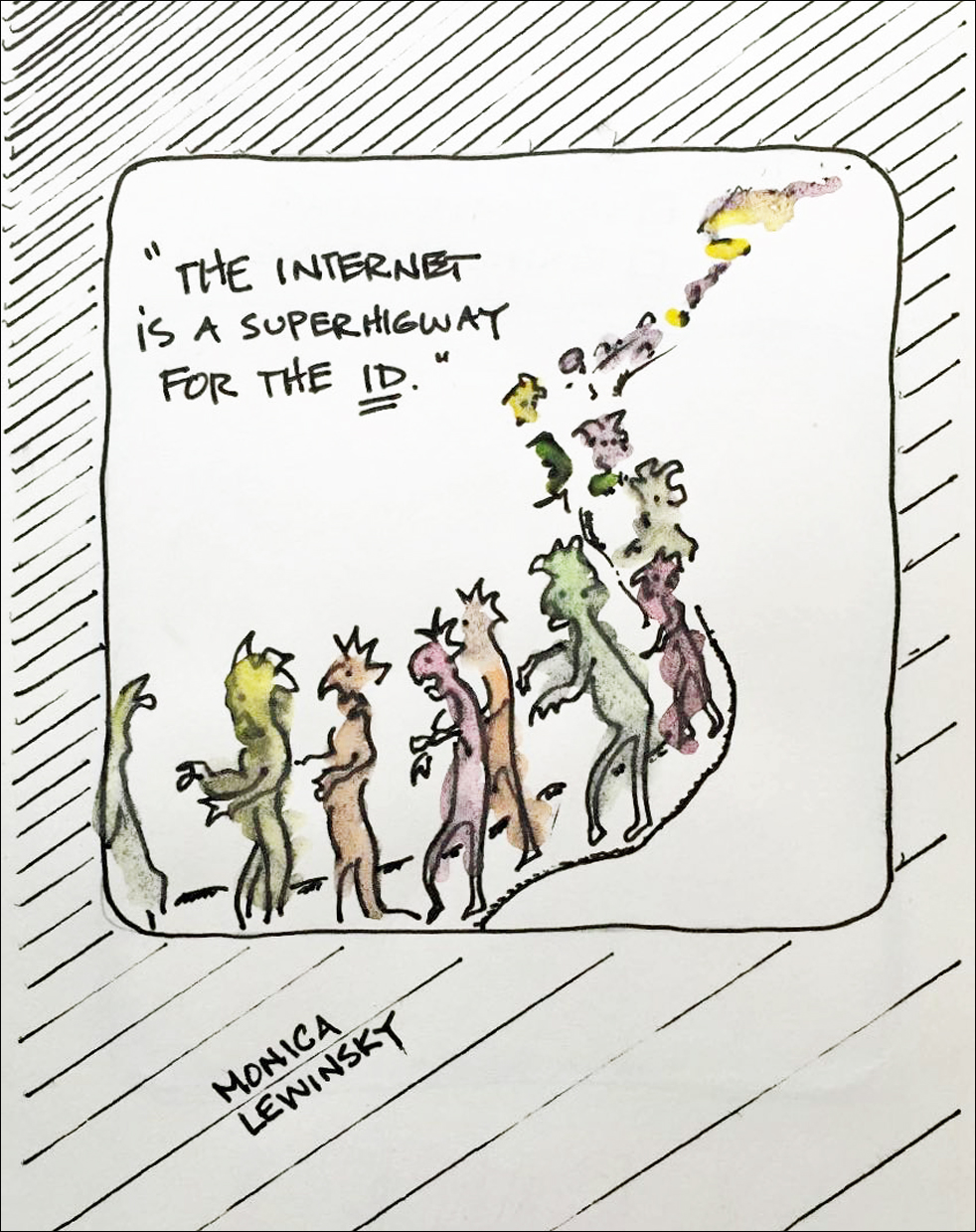 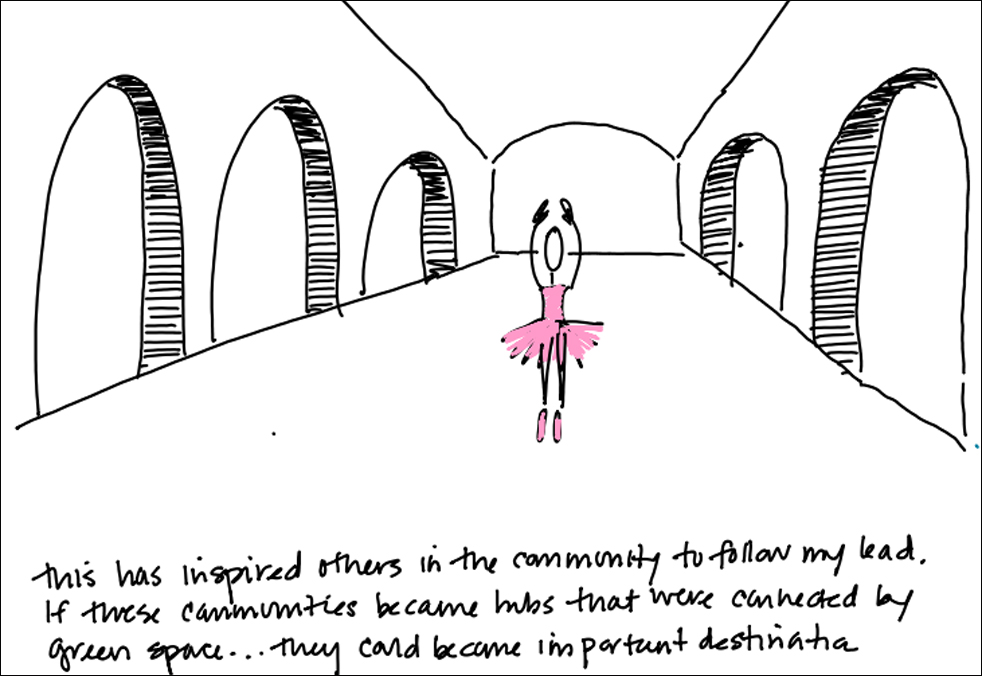 Sheryl Connelly gives her spin on Theaster Gates’ talk, about how he created community spaces that helped to reboot his neighborhood in Chicago. 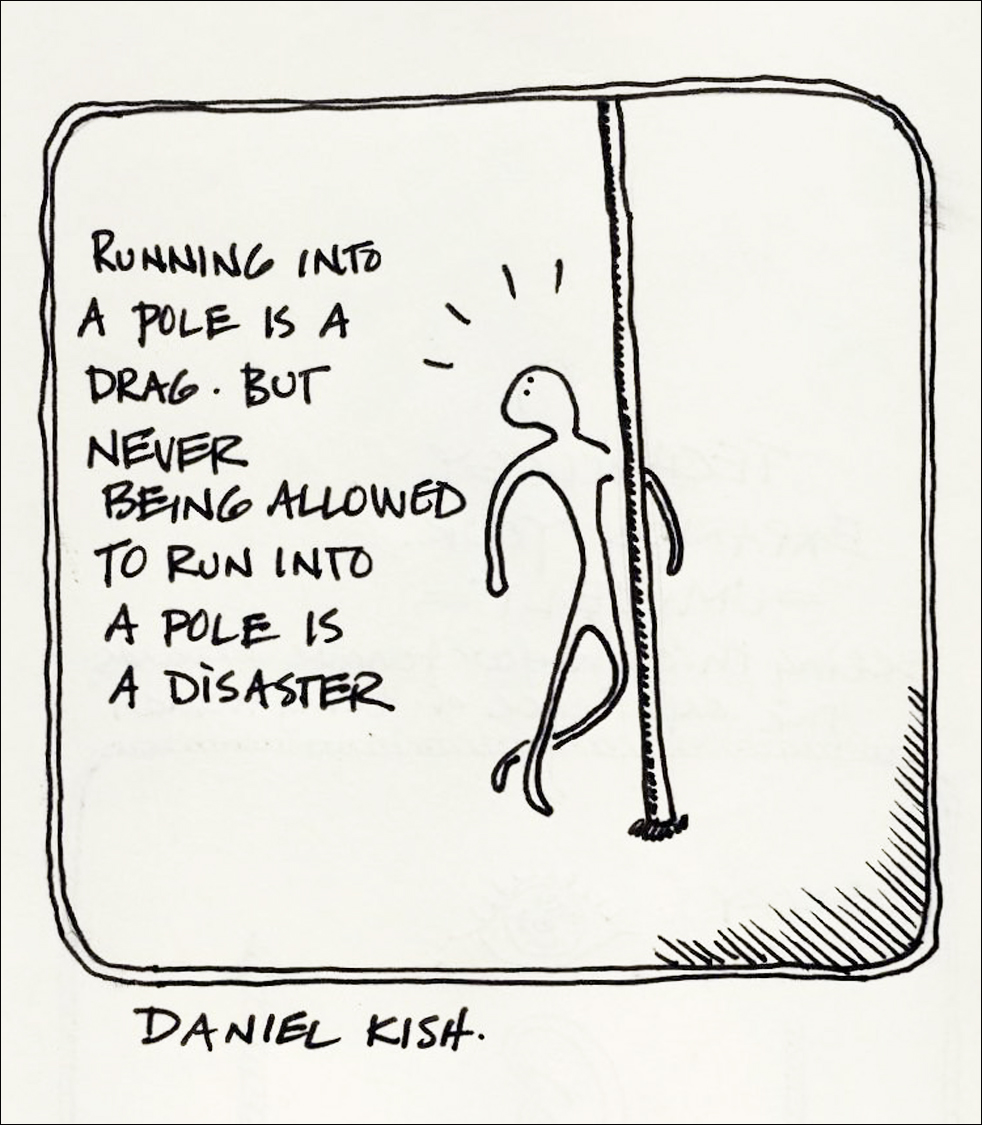 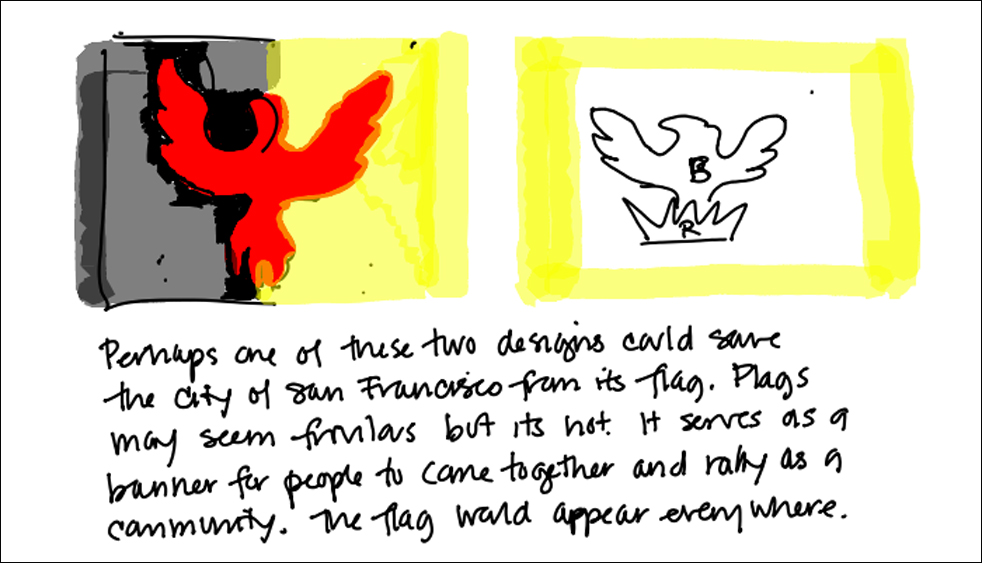 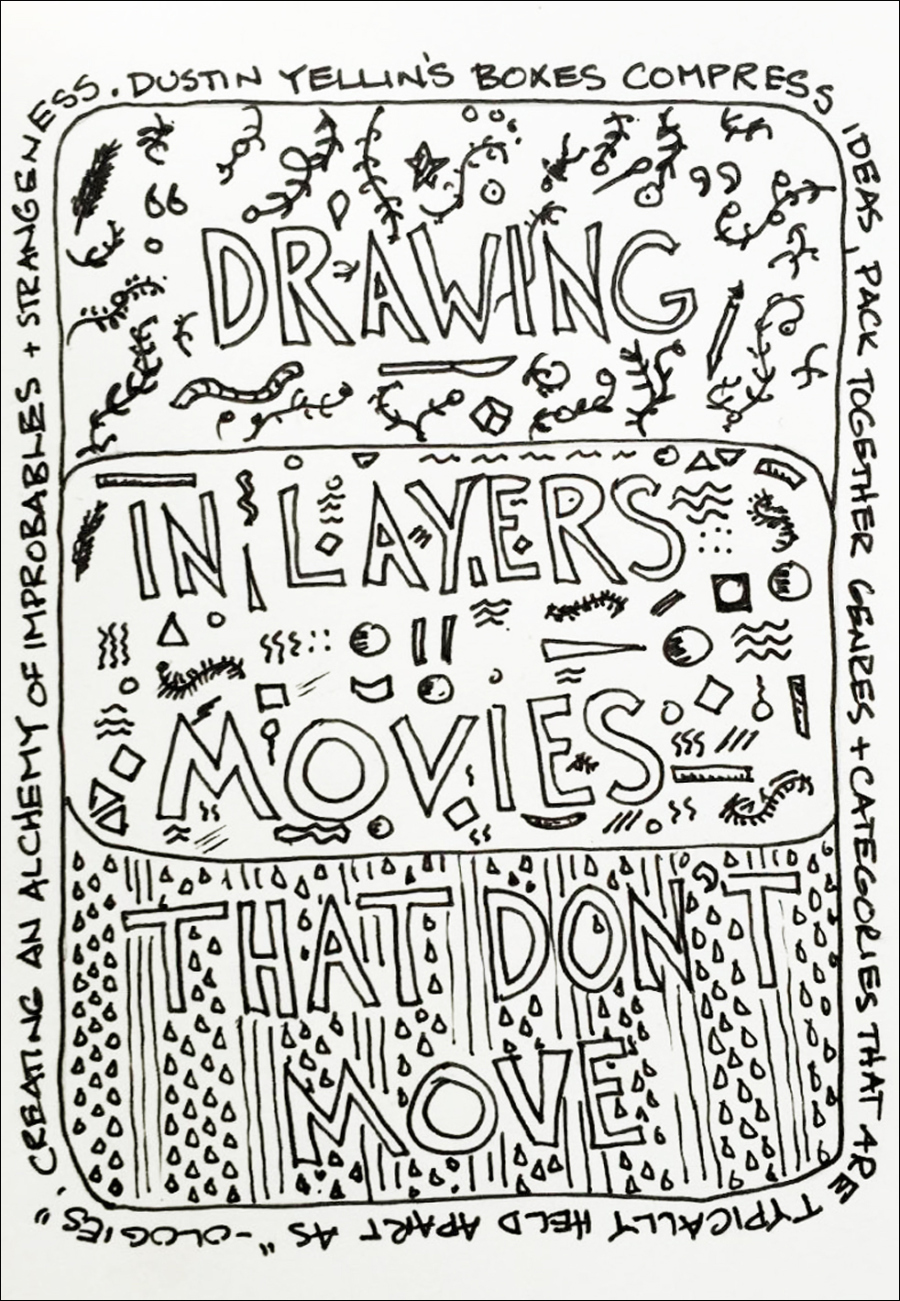 Dustin Yellin gave a talk about how he layers objects in resin to create sculptures that feel alive. Here, Brad Ovenell-Carter interprets that. 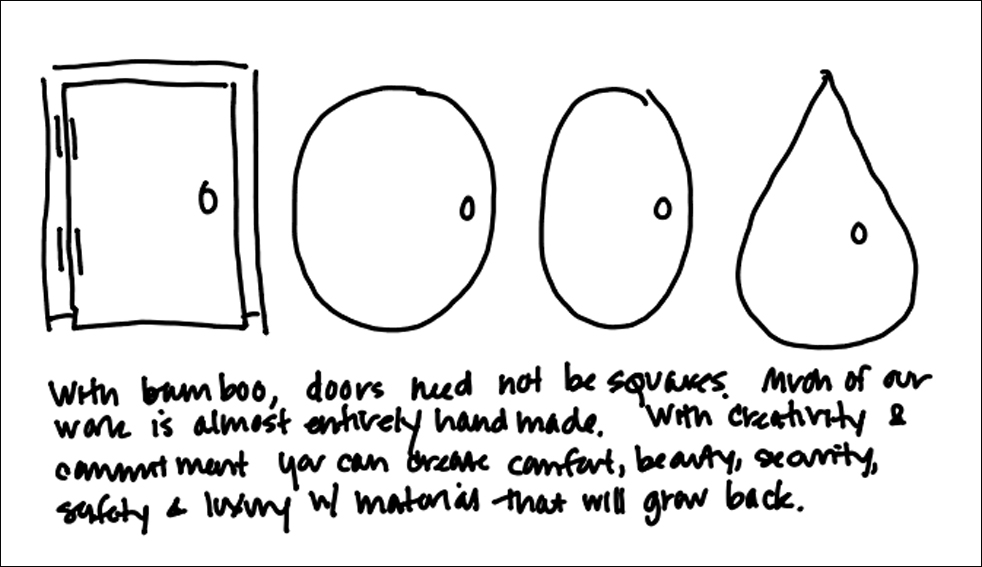 Connelly was also taken by Elora Hardy’s talk, about how she uses a single material — bamboo — to create incredible houses in Bali. 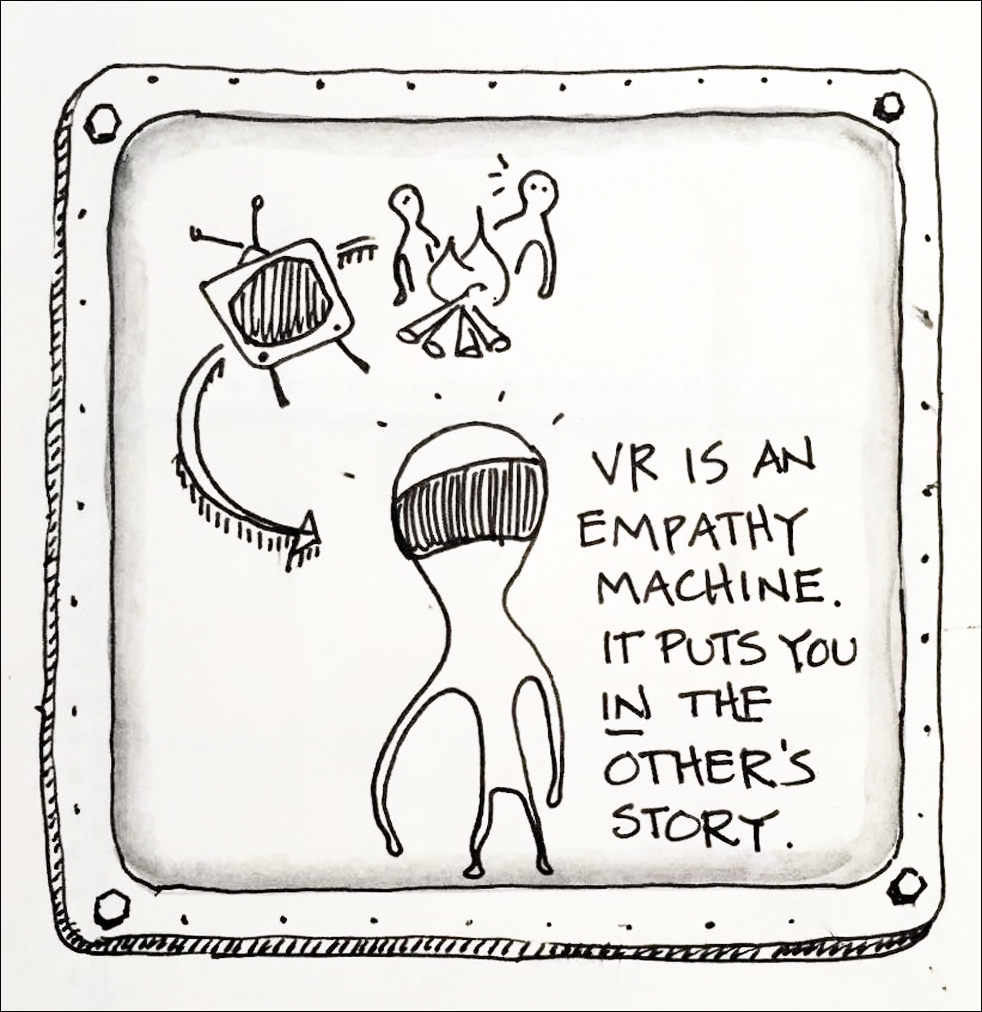 And finally, Brad Ovenell-Carter gives his takeaway from Chris Milk’s talk about how virtual reality can create empathy.