Octopus’s garden: A TED Fellow with a radical approach to saving fisheries

Eco-entrepreneur Alasdair Harris is passionate about conserving marine biodiversity, and he’s doing it in unusual ways. While most marine conservationists focus on what’s in the water, Harris’ company Blue Ventures works with people in poverty-stricken coastal communities to engage them in rebuilding tropical fisheries and in the process of protecting both their ecosystems and livelihoods. The company’s approach: eco-tourism. We spoke […]

Steve Boyes is passionately devoted to the preservation of wilderness, as well as to restoring and protecting species and landscapes already damaged by human intervention. At TED2014, the ornithologist and National Geographic Emerging Explorer spoke to the TED Blog about his work to save South Africa’s endangered Cape parrot and his campaign to get the Okavango […]

Scientific research is generating far more data than the average researcher can get through. Meanwhile, modern computing has yet to catch up with the superior discernment of the human eye. The solution? Enlist the help of citizen scientists. British astronomer and web developer Robert Simpson is part of the online platform Zooniverse, which lets more than one […]

When humans think about sex, we tend to categorise into male and female forms, says biologist and animal sex expert Carin Bondar. But for millions of years, it used to be a fusion of bodies, a “trickle of DNA shared between two or more beings,” she says. It wasn’t until about 500 million years ago […]

Greg Asner closes Session 2 of TEDGlobal 2013, “Those Flying Things,” with a very different vision of the Earth. We spend a lot of time, money and resources conserving nature, yet, as Asner points out, we know absurdly little about it. Which is why, in an effort to advance our knowledge about biodiversity, he founded […] 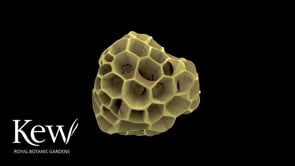