Fisher Stevens produced The Cove, the 2009 Oscar-winning documentary about dubious Japanese dolphin-hunting practices, and his latest film takes him back into familiar waters. Stevens co-directed the newly-released doc Mission Blue, spending the last four years trekking around the world—from the Galapagos Islands to the Chesapeake Bay to the Great Barrier Reef—with unstoppable oceanographer Sylvia […] 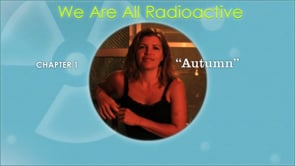 Illuminating an illness without end: Fellows Friday with Jennifer Brea

Three years ago, Jennifer Brea, then a PhD student in political science, was struck down by what appeared to be a severe flu. It turned out to be the beginning of a long illness — including neurological dysfunction and extreme exhaustion — that she has yet to recover from. Discovering that the medical community did […]

What is the effect of violence on a life’s narrative? TED Fellow and photojournalist Jon Lowenstein has lived in the South Side of Chicago for about a decade — first working as a teacher, photographer and community liaison at an elementary school and subsequently engaging with his African American neighbors to document life in this […]

Sugata Mitra’s TED Prize story may soon be coming to a theater near you. Today during the TEDGlobal 2013 session “Exquisite, Enigmatic Us,” curator Chris Anderson named British director Jerry Rothwell as the winner of the first annual Sundance Institute | TED Prize Filmmaker Award. Rothwell earned a $125,000 grant to follow Sugata Mitra over the next 18 months as he builds […]

Turning Haiti, Tunisia and the West Bank inside out: A documentary on JR’s worldwide participatory art project to air on HBO tonight

http://www.youtube.com/watch?v=9oe_pwKgbTU “We use images like a weapon to fight for social causes,” says a man in the trailer for INSIDE OUT: The People’s Art Project, a new documentary that airs on HBO tonight. The doc tells the story of JR’s INSIDE OUT, a global art project in which anyone, anywhere, can send the artist a […]

9 documentaries that you need to see this year

By Marianna Torgovnick Some documentaries show us the strange, the exotic and the unfamiliar; others make us feel anew about something so everyday, we barely thought about it before. Some of my favorite TED Talks are built around great documentary films, like Deborah Scranton’s chilling “War Tapes” and Nathaniel Kahn’s moving search for “My Father, the Architect.” Last week, […] 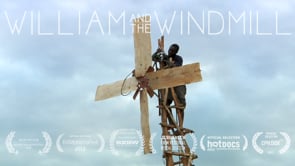