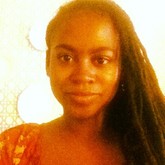 TED Prize winners turn ideas into world-changing projects, with $1 million in seed money and the TED community’s support. Beyond having a solid track record of making high-impact change in their communities and beyond, all prize winners must be capable of one thing: dreaming big. Does this sound like you or someone you know? This […]

In a classroom in Ontario, a class of 9th graders learned the book Siddhartha, not by listening to lectures from their teacher, but by asking questions like, “How do you know when you’ve reached enlightenment?” Meanwhile, a group of 3rd through 5th graders in rural Georgia was posed a question in Spanish, even though they […]

Since TED Prize winner JR launched his INSIDE OUT project in 2011, thousands of people have contributed their faces to the world’s largest public photo gallery. And now the project has made its way to the northernmost part of the Earth. A group of 16 environmental activists used the project to protest industrial destruction of […]

5 reasons to nominate yourself for the TED Prize

Chances are, you’ve heard Ghandi’s famous words: “Be the change you wish to see in the world.” Now, you have an opportunity to bring the famous adage to life. The TED Prize is a $1 million grant, awarded annually to a bold leader with an idea for a large-scale, high-impact project that will inspire global change. […]

Sugata Mitra’s TED Prize story may soon be coming to a theater near you. Today during the TEDGlobal 2013 session “Exquisite, Enigmatic Us,” curator Chris Anderson named British director Jerry Rothwell as the winner of the first annual Sundance Institute | TED Prize Filmmaker Award. Rothwell earned a $125,000 grant to follow Sugata Mitra over the next 18 months as he builds […]

In the noise of a city, peace and quiet can be hard to find. Australian composer and sound artist Jason Sweeney has a solution — Stereopublic, a free smartphone app that lets users geo-locate and share their favorite tranquil city spaces. This week, in advance of TEDGlobal 2013, Stereopublic has launched a custom Edinburgh version […]

On an unseasonably chilly Monday evening in Manhattan, hundreds stood in line in Times Square for up to two hours. As a city-dweller for seven years, I’ve seen queues this long for big Broadway openings or on New Year’s Eve. But this line was formed for a very different purpose — for people to have […]

A documentary about JR, and his participatory art project INSIDE OUT, to premiere at the Tribeca Film Festival

The documentary INSIDE OUT: The People’s Art Project will premiere at the 2013 Tribeca Film Festival in New York this Saturday, April 20, giving an intimate look into the courageous victories and heartrending challenges involved in creating the world’s largest participatory art project. In 2011, French street artist JR announced his TED Prize winning wish […]

From the Hole in the Wall to Yale: A Q&A with Arun Chavan

After his 6-year-old son taught himself to use a computer, 2013 TED Prize winner Sugata Mitra wanted to test the idea that kids can learn on their own, by discovery rather than formal training. So Mitra and his colleagues dug a hole in the wall near a slum in New Delhi, set up an Internet-connected […]

After more than 13 years of research convinced him that children have the ability to learn almost anything on their own, 2013 TED Prize winner Sugata Mitra aspires to shape the future of learning by building a School in the Cloud, helping kids “tap into their innate sense of wonder.” In the spirit of Mitra’s […]

Before the Hole in the Wall: A Q&A with 2013 TED Prize winner Sugata Mitra

Last week, education researcher Sugata Mitra won the first-ever $1 million TED Prize to build his School in the Cloud. Prior to his TED Prize win, Mitra was known for his “Hole in the Wall” experiment. In 1999, Mitra and his colleagues dug a hole in a wall near an urban slum in New Delhi, […]

Sugata Mitra’s bold efforts towards advancing learning earned him the first-ever $1 million dollar TED Prize. At TED2013, Sugata asked the global TED community to make his dream come true by helping him build a “School in the Cloud,” where kids can tap into their innate sense of wonder and work together. Since Sugata is […]

8 great ideas for cities: The City 2.0 award-winners in video

As the world’s population expands toward 10 billion people within the next 50 years, urban citizens face an unprecedented opportunity to build more vibrant, just and inclusive urban centers. Because we know that cities are powered by people, and people enable change, TED responded to the rapidly changing urban landscape by granting the 2012 TED Prize to […]

#SugataMitra is trending: Twitter reacts to the 2013 TED Prize reveal

Following a rousing introduction from Sir Ken Robinson, education innovator Sugata Mitra accepted the first-ever $1 million TED Prize at TED2013. As soon as the TED Prize winner’s identity was revealed, the Twittersphere buzzed about Sugata’s vision for the future of learning. People around the world answered Sugata’s invitation to help reinvent the way kids […]

In the next 30 years, two-thirds of our planet’s population will live in cities. Have you ever tried to envision the cities of the future? Cities are enlivened by people, and people enable change. So today, we are launching our redesigned website TheCity2.org, a gathering place for all urban denizens to share stories, videos, ideas […]