Mysteries of the unseen world: Louie Schwartzberg at TED2014

Louie Schwartzberg is fascinated with exposing the world’s wonders through photography.  Three years ago, his talk, “Nature. Beauty. Gratitude,” demonstrated his uncanny ability to capture the captivating beauty of our natural world — the tiniest shake of a flower petal, the stirring complexity of a bee’s wing. At TED2014, he shows a portion of his […]

From thousands of pieces to a bespoke space for talks: how we built our pop-up TED theater

[youtube=http://www.youtube.com/watch?v=CajfvKf5SZY&w=900&h=506] . The Next Chapter Theater at TED2014 smells incredible. That’s because it was constructed of Douglas Fir, harvested locally in the Pacific Northwest, and assembled on-site in Vancouver, Canada, over the past four and a half days. See, the Vancouver Convention Centre is perfect for TED—it’s beautifully designed, environmentally friendly, and has sweeping views […] 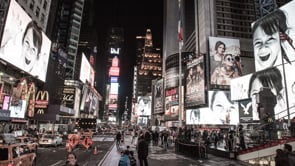 Your weekend reading: The purpose of life, an excellent mushroom timelapse 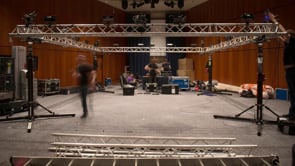 Our photographer Duncan Davidson loves to shoot timelapses; before every TED, you can find him behind the scenes hiding cameras to snap away for hours and days. In his latest piece, he tracks the construction of a custom robot arena for Raffaello D’Andrea, whose TED Talk was posted just last night. The TED Blog asked […]

TEDxSydney sets up at the Opera House: A timelapse

On May 4, a TEDx event took place in one of the most architecturally recognizable sites in the world — the Sydney Opera House. Here, with the help of The MilkBar, the organizers of TEDxSydney captured the event from dawn to dusk and compressed it all into 78 seconds. Watch above as the sun rises […] 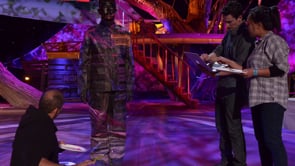 14 people who’ve timelapsed their lives, filming one second a day

As he approached his 30th birthday, artist Cesar Kuriyama noticed that time seemed to be evaporating. And thus, he began work on a project called 1 Second Everyday. “Basically, I’m recording one second of every day of my life for the rest of my life—chronologically compiling these one-second, tiny slices of my life into one […]

[ted id=1634 width=560 height=315] Years ago, Steven Addis’s wife photographed him holding their 1-year-old daughter on the corner of 57 Street and Fifth Avenue in New York City. On her second birthday, the family happened to be back in the city, so headed to the same corner for daddy-daughter photo, round two. The next year, Addis […] 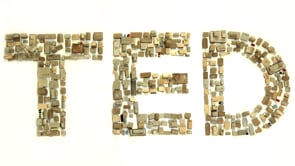 [vimeo http://vimeo.com/30948214 w=525&h=294]   This spectacular satellite timelapse sequence shows the growth of Dubai over the past 10 years (while introducing the speakers at last weekend’s TEDxDubai event). Producers METAphrenie took 3 months to produce the clip using imagery from Space Imaging Middle East and DigitalGlobe. As they note: The titles, together with the event, […]

Photographer James Balog shares new image sequences from the Extreme Ice Survey, a network of time-lapse cameras recording glaciers receding at an alarming rate, some of the most vivid evidence yet of climate change. (Recorded at TEDGlobal 2009, July 2009 in Oxford, England. Duration: 19:22) Recommended: Download and watch this talk in high-def >> Watch […]