It seems these days, everybody’s getting hacked.

With so much of our most sensitive information stored on servers in some remote part of the world, it seems concerningly easy for malicious hackers to worm their way past secure firewalls and into bank accounts, credit card databases, corporate emails and even hospital systems.

On a global average, these hacks cost companies about $3.6 million, according to IBM’s annual Cost of Data Breach Study with 2016 being a record-breaking year for data breaches in the United States alone — which is shocking, seeing as many breaches still go unreported.

This isn’t exactly news: if you are a digital citizen, then you’re probably aware that nothing is safe on the internet. But beyond hacking, it turns out you’re revealing more than you think with your most casual online behavior.

So, let’s find out: what are you sharing about yourself online?

Your Wi-fi may reveal your secrets

A basic but surprisingly telling way to learn about the more undisclosed aspects of your life is through the wireless networks that we connect to daily. Get ready to shift your cell phone to airplane mode …

Whenever you connect to new Wi-fi, your smartphone also beams out a list of the networks you’ve previously connected to, even if you’re not actively using wireless internet, warns cybersecurity expert James Lyne. For hackers, this list is relatively easy to access and exploit. Many companies name their internet after themselves — which means your previous Wi-fi connections can disclose the last hotel you stayed in, the gym you go to and the coffee shops you frequent. This doesn’t include the threats possible when you connect to unsecured hotspots, like when you’re jonesing for free internet while waiting at the airport. 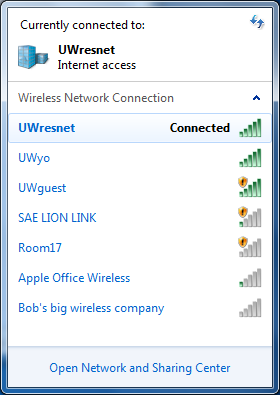 Example from University of Wisconsin

Depending on how uniquely you name your home network, a person might also figure out where you live. For example, say you name your Wi-fi JonesOnElmSt. If a hacker knows some simple information about your household — perhaps the family dog’s name — then she may be able to guess that password too.

So, here’s something for you to think about: “As we adopt these new applications and mobile devices, as we play with these shiny new toys, how much are we trading off convenience for privacy and security?” says Lyne. “Next time you install something, look at the settings and ask yourself, ‘Is this information that I want to share? Would someone be able to abuse it?”

Social media is an obvious culprit

Frank Abagnale Jr. (whose crime spree inspired the movie “Catch Me If You Can”) summed it up neatly in a recent interview with The Wall Street Journal.

“Technology breeds crime—it always has and it always will. There’s always going to be people willing to use technology in a negative, self-serving way. So today it’s much easier, whether it’s forging checks or getting information,” he says. “People go on Facebook and tell you what car they drive, their mother’s name, their wife’s maiden name, children’s name, where they’re going on vacation, where they’ve been on vacation. There’s nothing you can’t research in a matter of a couple of minutes and find out about someone.”

By sharing small aspects of yourself — like the names of your nieces, the high school you attended or the street you grew up on — there’s a possibility that you’re offering up answers to your security questions. It’s hard to avoid sharing these things, but it might be in your best interest to scrub your Facebook and similar accounts and make sure your family and personal information is private or erased.

But say that advice doesn’t resonate, that you’ve been ultra social media savvy and have your accounts under lock and key; you can still give information about yourself quite regularly — not without care, but without thought. 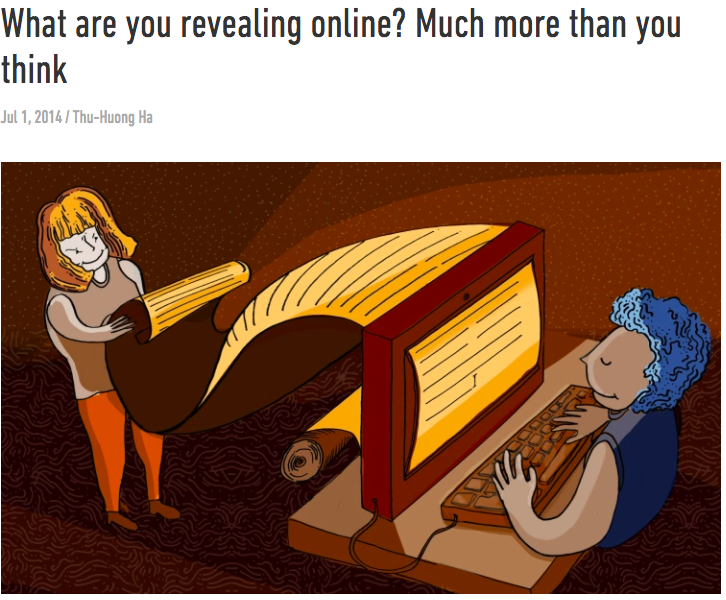 In a fascinating conversation between computer scientist Jennifer Golbeck (TED Talk: Your social media “likes” expose more than you think) and privacy economist Alessandro Acquisti (TED Talk: What will a future without secrets look like?), the two experts spoke at length about the little-discussed aspects of online privacy.

Here’s a boiled down version of their most interesting points:

Case in point is Luke R. DuBois’ project “A More Perfect Union.” Dubois created profiles on 21 different dating services and used the data given by other users to piece together a compelling cartographical tapestry of adjectives that describe towns across the US. 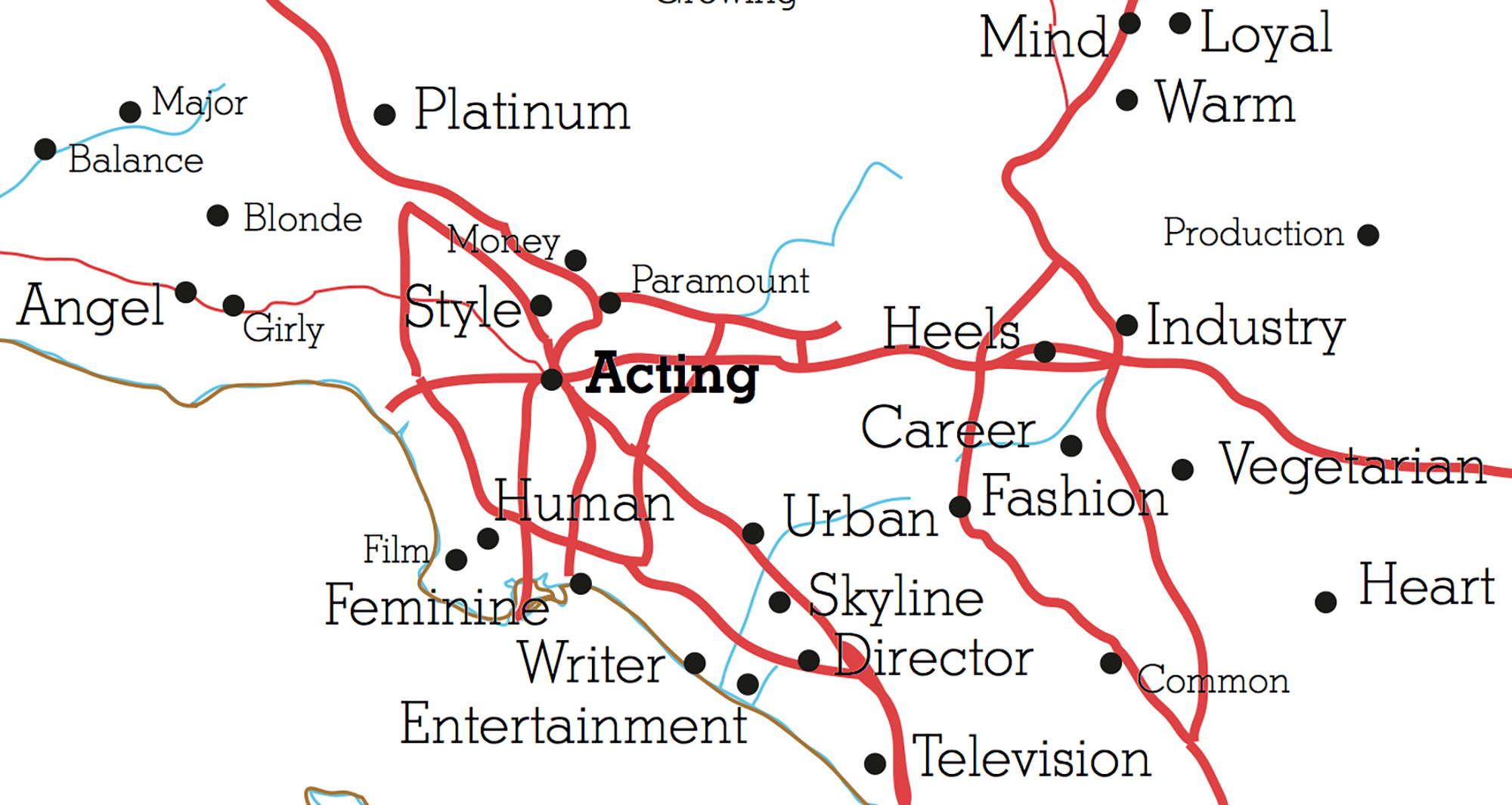 Los Angeles’ word is “acting.” And all towns around the area, are similar Hollywood words like “director,” “film,” “blonde” and “career.”

For a sampling of what he learned, check out the TED Ideas blog article or watch the talk to learn more about the data visualization, plus other projects he’s worked on:

A majority of us are at the fault of weak code and the exploitation of human nature. 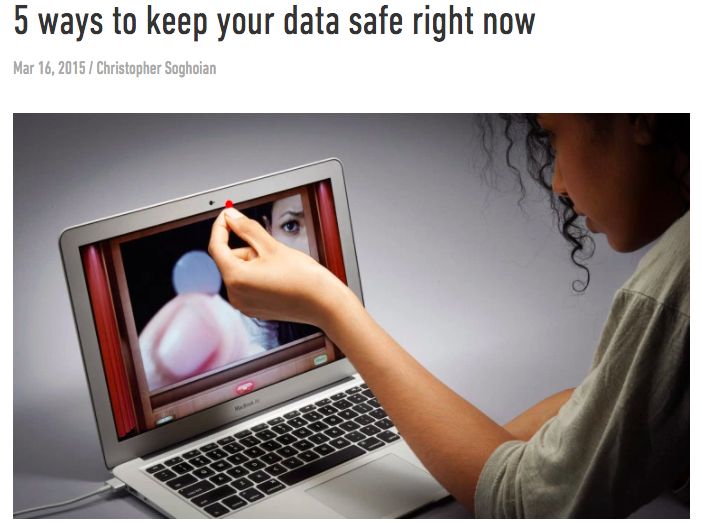 Privacy researcher and TED Fellow Christopher Soghoian (TED Talk: How to avoid surveillance … with the phone in your pocket) details five easy ways to keep your data safe:

In 2016, Kevin Roose, a tech columnist for the New York Times, hired hackers to tear apart his online life to learn firsthand how to avoid such a harrowing, paralyzing experience. In his article, How to Not Get Hacked, According to Expert Hackers, Roose outlines some key strategies to keep yourself from being raked over hot coals by some strangers online — a lot of which lines up with Soghoian’s advice. He suggests things like using a VPN (Virtual Private Network) for $3.99/month if you use hotel or coffee shop Wi-fi or familiarizing yourself with urlquery.net to avoid potentially sketchy websites.

… Or if you don’t care about keeping your information secure, you can could do what artist Hasan Elahi did and share everything about yourself all the time and post it to a website in real-time.

Whatever your preference, managing your digital life is difficult and sometimes feels impossible with the amount of steps you have to take in order to achieve some sort of peace of mind. Take these facts and steps in stride, do what you can to protect yourself and in the meantime draw your own selfie — using your personal data. Good night and good luck. 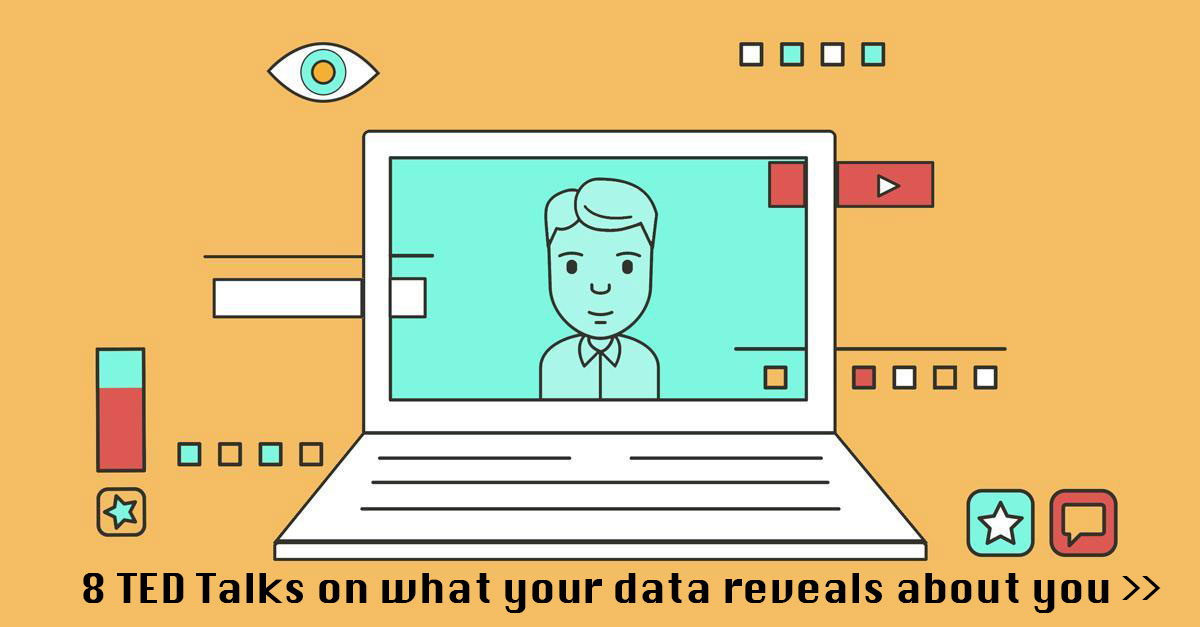