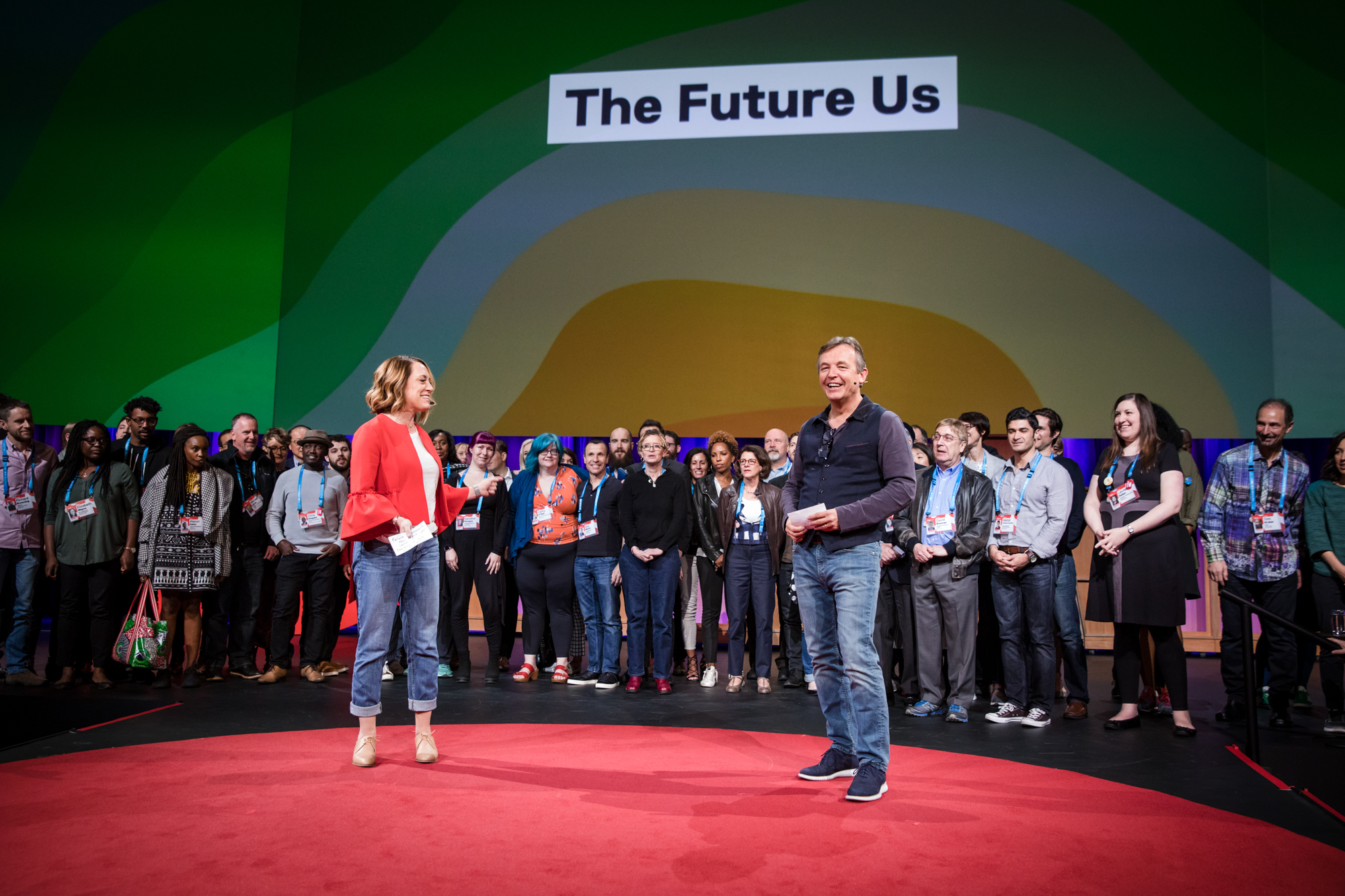 Kelly Stoetzel and Chris Anderson invite all the TED2017 speakers back onstage to close out TED2017: The Future You, April 28, 2017, Vancouver, BC, Canada. Photo: Bret Hartman / TED

In the final session of TED2017, we look ahead to the future we’ll build together. Below, recaps of the talks from Session 11, in chronological order.

A design renaissance for our apps. “There’s a hidden goal driving all of our technology, and that goal is the race for our attention.” says Tristan Harris. He would know; he used to work in Stanford’s Persuasive Technology Lab, studying firsthand how tech engineers are using psychology to steer our thoughts. From Facebook notifications to Snapchat streaks to YouTube autoplays, technology orchestrates our time and attention for its own profit. But what if our phones “empower[ed] us to live out the timeline we want?” Harris calls for a “design renaissance,” one in which our apps encourage us to spend our time in a way compatible with what we want out of life. Imagine if instead of just commenting on a controversial Facebook post, you had the option to click a “Host a dinner” button in which you could have the same conversation but in person and over a meal. Harris believes that fixing the way our technology guides our thoughts and behavior is “critical infrastructure for solving every other problem. There’s nothing in your life or in our collective problems that does not require our ability to be able to put our attention where we care about.” 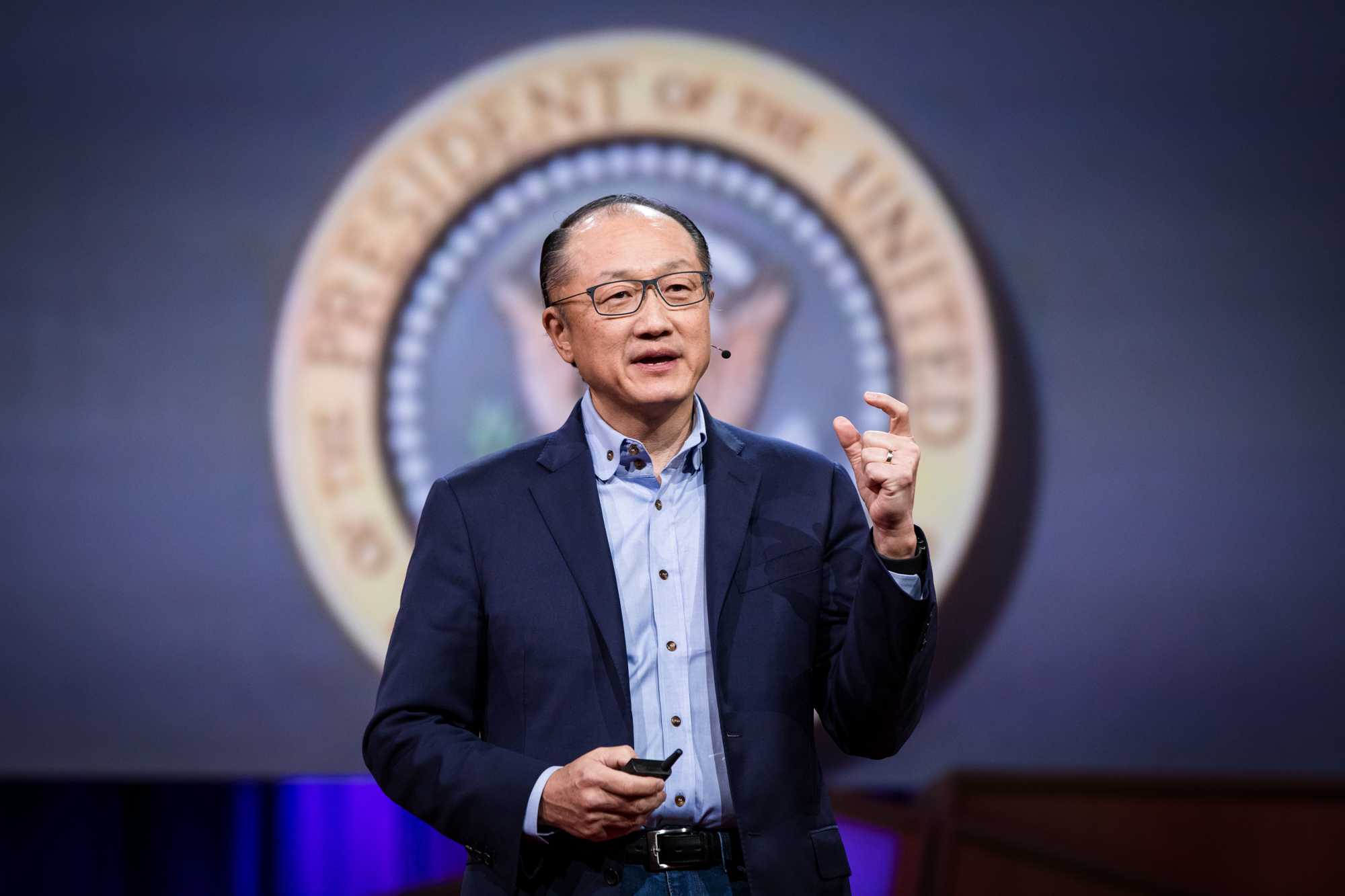 A global convergence of aspirations. Jim Yong Kim wrote a book he describes as “a 500-page diatribe against the World Bank.” Today, he’s the president of it. This isn’t as crazy as it sounds — he was nominated for the role because of his critiques, and he’s given it a central goal to end extreme poverty by 2030 and boost shared prosperity around the world. Why? Because everywhere he travels, he sees the same thing: kids gathered around a smartphone. Access to the internet has led to increases in reported satisfaction — but it also ups people’s reference income, or the income to which they compare themselves. Globally, this is leading to a convergence of aspirations. “Are we going to have a situation where aspirations are connected to opportunity?” he asks. “Or are aspirations going to meet frustration?” The World Bank is aiming for the former. “We’re trying to use tools … that rich people use every single day to make themselves richer, but that we haven’t used adequately on behalf of the poor.” They’re aiming to de-risk investment in developing countries, to boost private capital going to them. This has led to a company scaling solar energy in Zambia, so the price for a kilowatt hour dropped from 25 to 4 cents. And to another using drones to deliver blood anywhere in Rwanda in an hour — saving lives while making money. This kind of thinking could have a big effect, he says. Kim grew up in South Korea, one of the poorest countries in the world at the time, and the World Bank expressed low aspirations for it. He refuses to do the same to anyone’s country now.

Making music together. “For all of us,” says Found Sound Nation (FSN) co-founder Christopher Marianetti, “music making is our birthright.” This week at TED2017, FSN gave conference participants the opportunity to step inside their geodesic dome, the Ouroborium, and create a piece of music with eight other people — no prior musical training or experience required. In this talk, FSN co-founder Jeremy Thal present a short film about the project scored by a week’s worth of musical co-creation produced by this year’s TEDsters. You can watch the video and check out more about the project here.

“Laughter is carbonated holiness” and other life lessons. A few days before she turned 61, Anne Lamott “decided to write down every single true thing I know.” Lucky for us, she shares her findings at TED2017. In this list of twelve nuggets of knowledge, she explains how “all truth is paradox,” which chocolate is best used “to balance the legs of wobbly chairs” and the meaning of God. In a talk full of wisdom and humor, she dives into the nuances of being a human who lives and feels in a confusing, beautiful and emotional world. Read a full recap of her talk here.

What will the future look like? In conversation with TED’s Head Curator Chris Anderson, serial entrepreneur and future-builder Elon Musk discusses his new project digging tunnels under LA, Hyperloop, Tesla, SpaceX and his dreams for what the world could look like. Watch his talk here. 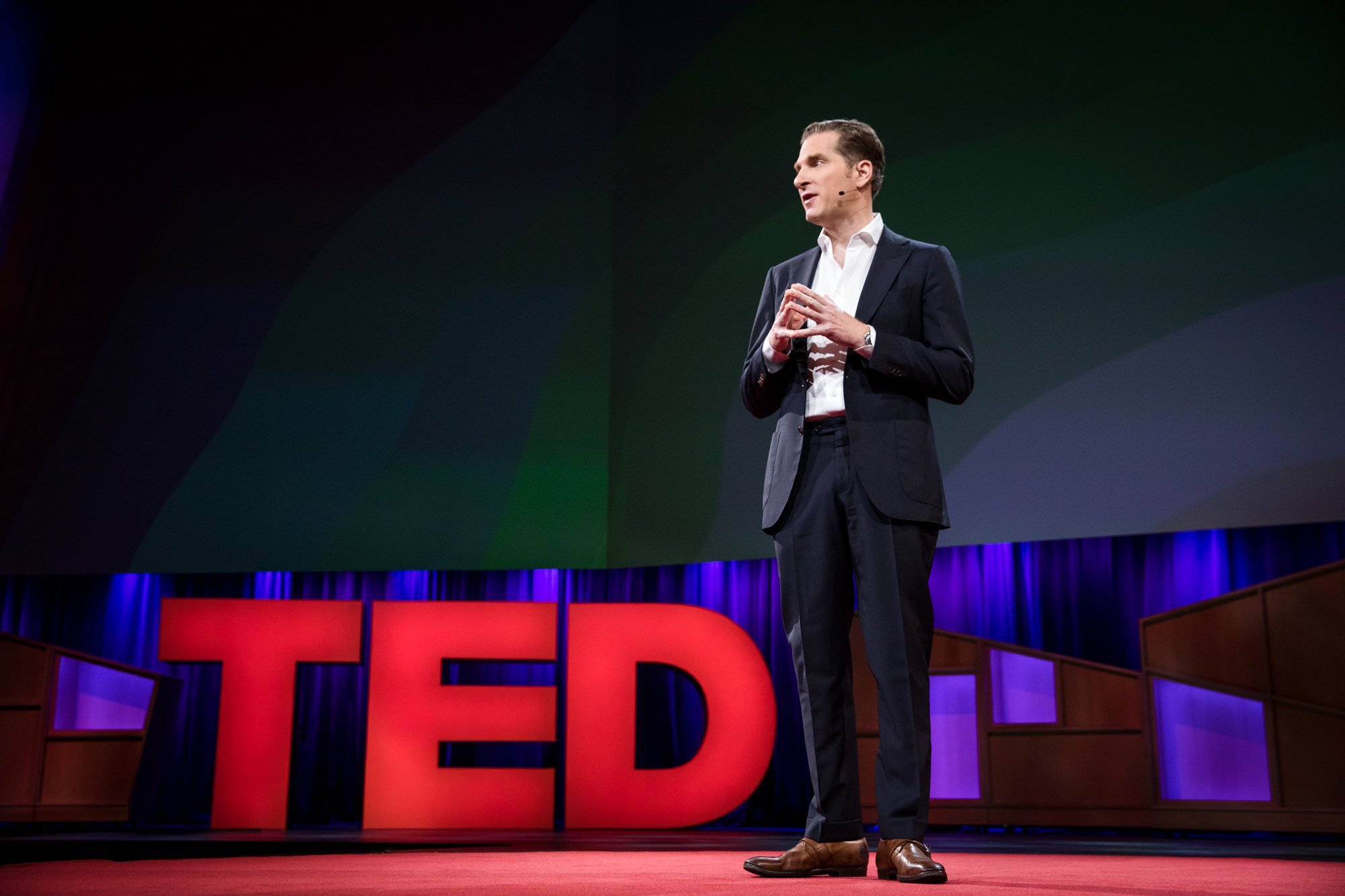 Why US politics isn’t as bad as we think. Today, three things are commonly said about the political situation in the US: one, partisanship has never been so bad; two, it’s geographically distributed for the first time; and three, there’s nothing we can do about it. “I’m here today to say that all three of these propositions are not true,” says constitutional law scholar Noah Feldman. In fact, geographically spaced partisanship runs deep in American history — and we have a powerful tool to manage it. To explain, Feldman recounts the feud between James Madison and Alexander Hamilton that gave birth to partisanship in America and how the constitution helped diffuse the intense divisions the feud created. “Partisanship is real, it’s profound, it’s extraordinarily powerful,” says Feldman, “but the design of the Constitution is greater than partisanship.” It worked for the founders and many subsequent generations, and it will work for us, too. He encourages us to stand up for what we believe in, support the organizations we care about and speak out on issues that matter to us. “It’s only by working together that the Constitution can do its job,” he says. “It’s going to be OK.”

The Pope and a Rabbi walk into a TED Conference. Julia Sweeney is back for her comedic summation of the conference. She says that she can’t remember most of the speaker names, so will forever think of them as: the artist who whitewashes people out of paintings, the Alzheimer’s woman, the mud architect, the robotic dog guy who has no fear of the military using his creations, the graph lady and the woman who’s teaching a robot to pass the SAT equivalent in Japan. As she takes us through her notes from the conference — session by session — she also shares some lessons she’ll take away. Like that she’s not being slothful when she’s just lying around, she’s in default mode. And that all living things must die, except pond scum.