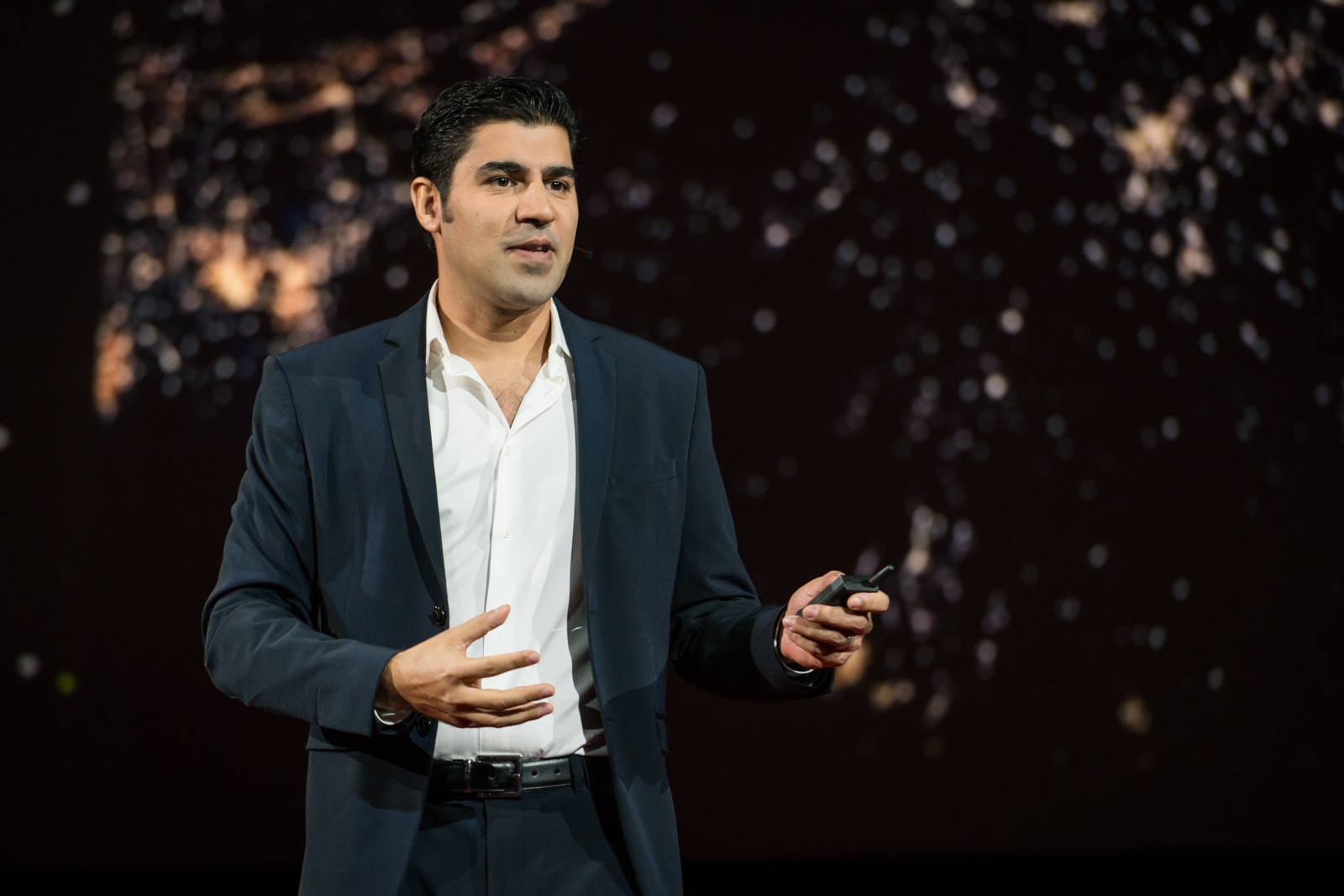 It wouldn’t be a conference about dreams without an ode to John Lennon. In this session, we take a cue from his iconic lyric and imagine a world without borders. Get ready for talks on mega-cities and online museums, as well as on the global movement to end poverty, Islamophobia and climate change.

Recaps of the talks in Session 7, “Imagine There’s No Countries,” in chronological order.

Connectivity is destiny. Parag Khanna has brought a new map of the world with him to TED — one defined by connected megacities, not by political borders. “I want you to re-imagine how life is organized on Earth,” he says. “We can start by overcoming some ancient mythology.” That mythology — that geography is destiny — no longer applies because an equally powerful force, one of our own making, is sweeping the planet: connectivity. “We can no longer even think of geography as distinct from it,” Khanna says. “In fact, I believe the two forces are fusing together into what I call ‘connectography.’” This fusion manifests itself in massive investments in infrastructure and the construction of megacities — not dots on a map but vast archipelagos of development stretching hundreds of kilometers. “All of these networks are devoted to one purpose, mankind’s number-one priority in the 21st century: sustainable urbanization,” Khanna says. Transferring knowledge and policy between cities has started to reduce their carbon intensity, and it has the potential to make the world more peaceful. In Asia, the same countries that are building the world’s fastest-growing militaries are also investing billions in each other’s infrastructures and supply chains. “They are more interested in each other’s functional geography than in their political geography,” Khanna says. “By wrapping the world in such seamless physical and digital connectivity, we evolve towards a world in which people can rise above their geographic constraints.”

6 million pieces of art, free to view on your computer. It’s amazing to see masterpieces of art in museums: “When we get access to them, we’re blown away. We fall in love,” says Amit Sood. But for many in the world, it’s impossible to travel to Paris, London, New York and other cultural institutions. Instead, there’s Google’s Art Project, presented today by Sood with help from artist Cyril Diagne. In a joy-filled demo, Sood and Diagne zoom through 6 million images of cultural heritage in high resolution. They show the 211 Vincent van Gogh works in the database, zooming in the details of three versions of a bedroom, held in Amsterdam, Paris and Chicago; they show how, if you want to physically see all 500 Rembrandts in the system, you’ll need to travel 53,000 kilometers (and use 10 tons of CO2 emissions); they show a particularly fun application that captures a face and shows a portraiture match of angle and expression in real time. This project, says Sood, exists because, “You don’t really see kids excited about portrait galleries.” 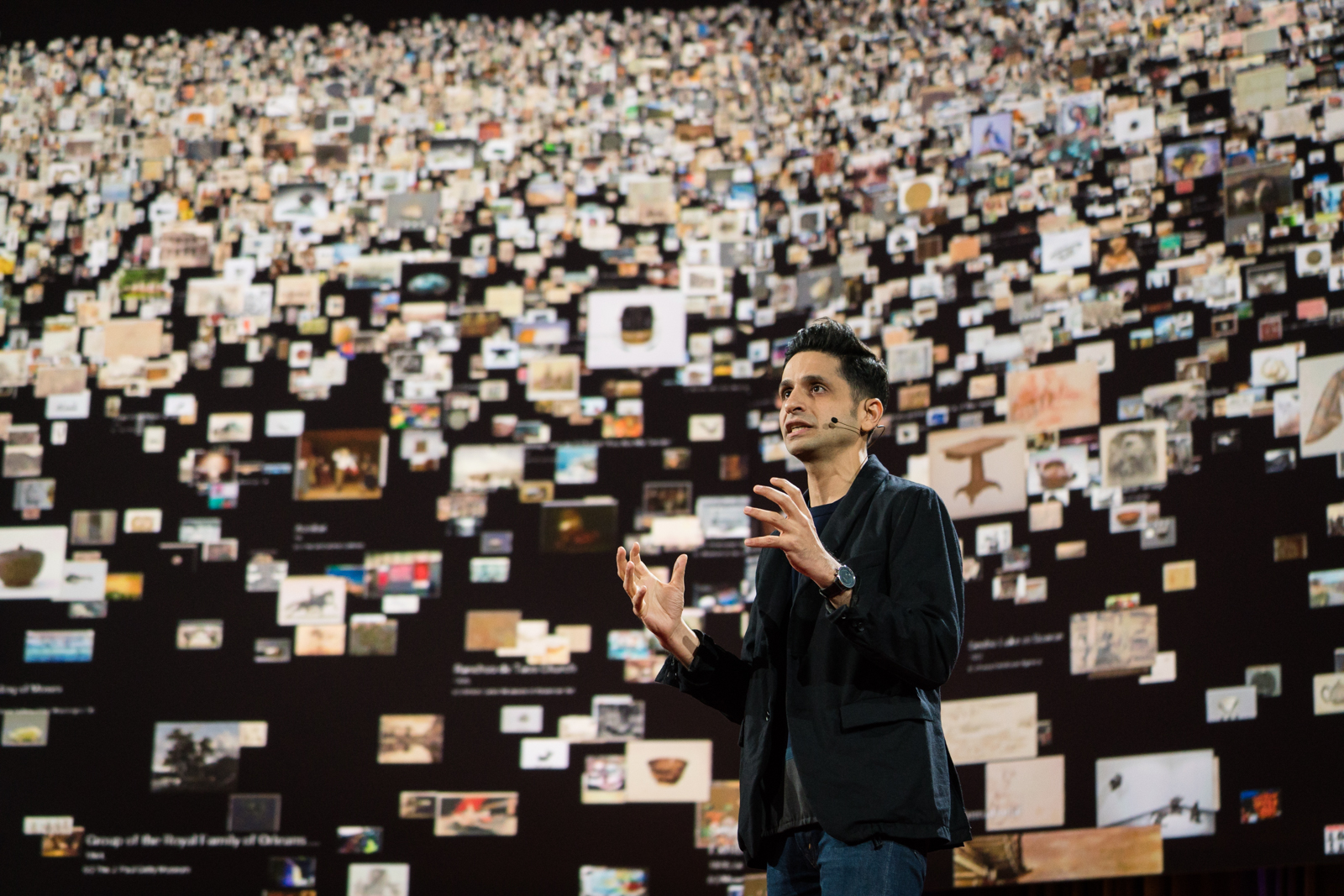 The real representatives of Islam. Dalia Mogahed hopes that when people look at her in her headscarf, they see a social policy expert and woman of faith. But she knows that many see someone who is “oppressed, brainwashed, a terrorist — or just an airport security delay.” Mogahed says her decision to wear the hijab was “a feminist declaration,” and that putting the focus on her inside over her outside felt exhilarating. But then came September 11, 2001. “In a flash, someone else’s actions had turned me from a citizen to a suspect.” Mogahed is scared of terrorists too, but she stresses that the generalized fear of Muslims is not only unwarranted — but distracting and dangerous. “People talk about my community kind of like we’re a tumor in the body of America,” she says. If it’s malignant, remove it; if it’s benign, watch it carefully. “But Muslims like all other Americans aren’t a tumor … we’re a vital organ.” Mogahed points out that attendance at a mosque is actually associated with greater religious tolerance — and that the radicalization process begins with isolating people from their communities. “ISIS has as much to do with the Koran as the Ku Klux Klan has to do with Christianity,” she says. “We would be giving in to their narrative if we cast them as representatives of a faith of 1.6 billion people.”

A global network of engaged people. When Hugh Evans was in high school, he took a transformative trip to the Philippines, where he befriended a young man named Sunny Boy. Sunny Boy lived in a landfill, and one night Evans lay in the slum with him and his family on a concrete slab, half the size of Evans’ bedroom back home in Melbourne. “Why should anyone have to live like this when I have so much?” he thought. That empathetic teenager became the head of a movement that mobilizes the kind of person Evans calls a “global citizen,” “someone who self identifies first and foremost not as a member of a state, tribe or nation, but as a member of the human race.” The Global Citizen network is for people, says Evans, who want to make their social passion part of their identity. And it has clearly resonated with its tens of millions of members. Says Evans, “It’s not that people don’t want to act, it’s that they don’t know how to take action or think it will take no effect.”

Impossible isn’t a fact, it’s an attitude. Shortly after Christiana Figueres was tapped by the UN to lead its international climate talks following the spectacularly failed summit in Copenhagen in 2009, a reporter asked her if she thought we could ever get a global climate change agreement. Her response: “Not in my lifetime.” Find out how she overcame her skepticism and helped the world achieve the most important climate agreement in history in a full recap of her talk. 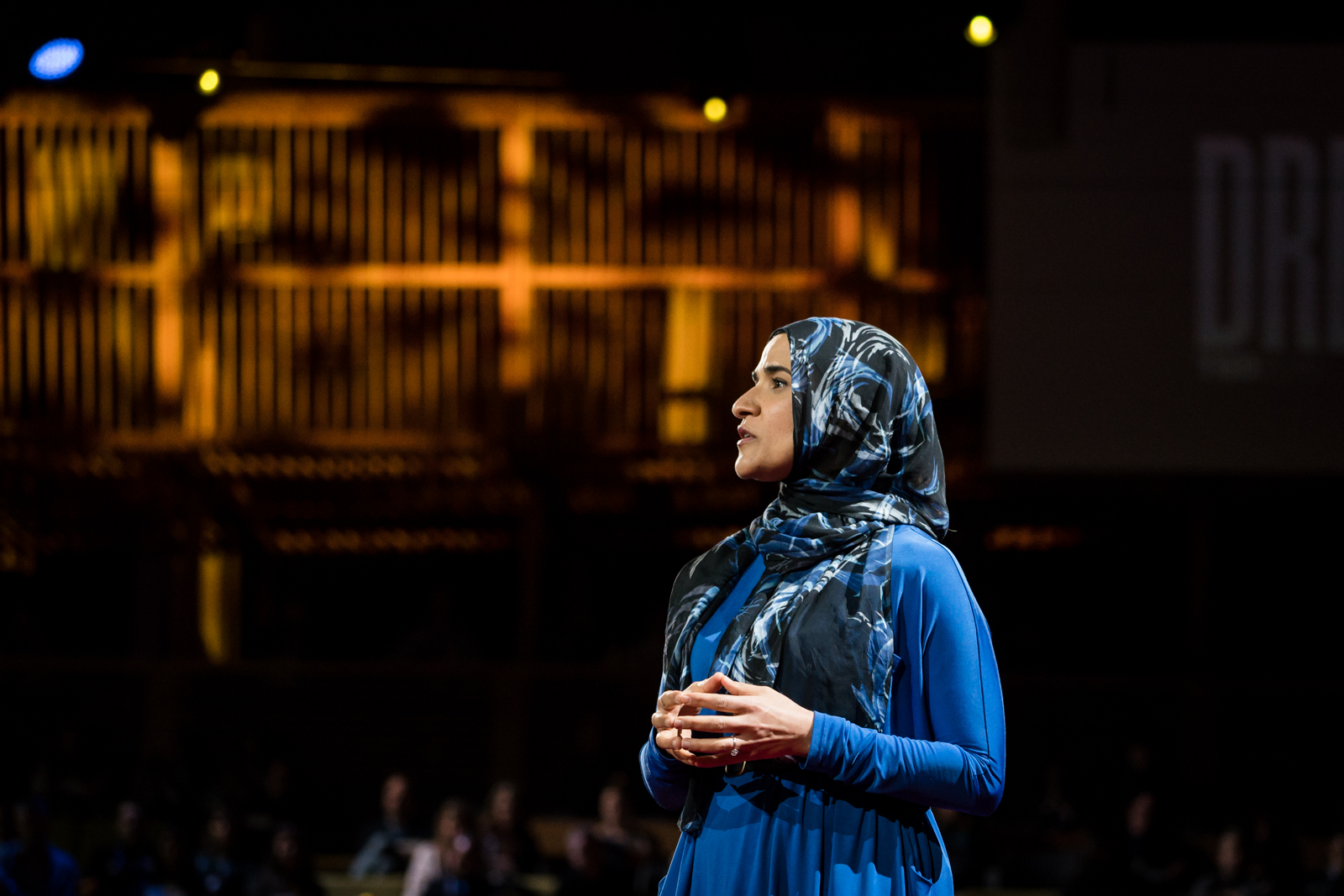