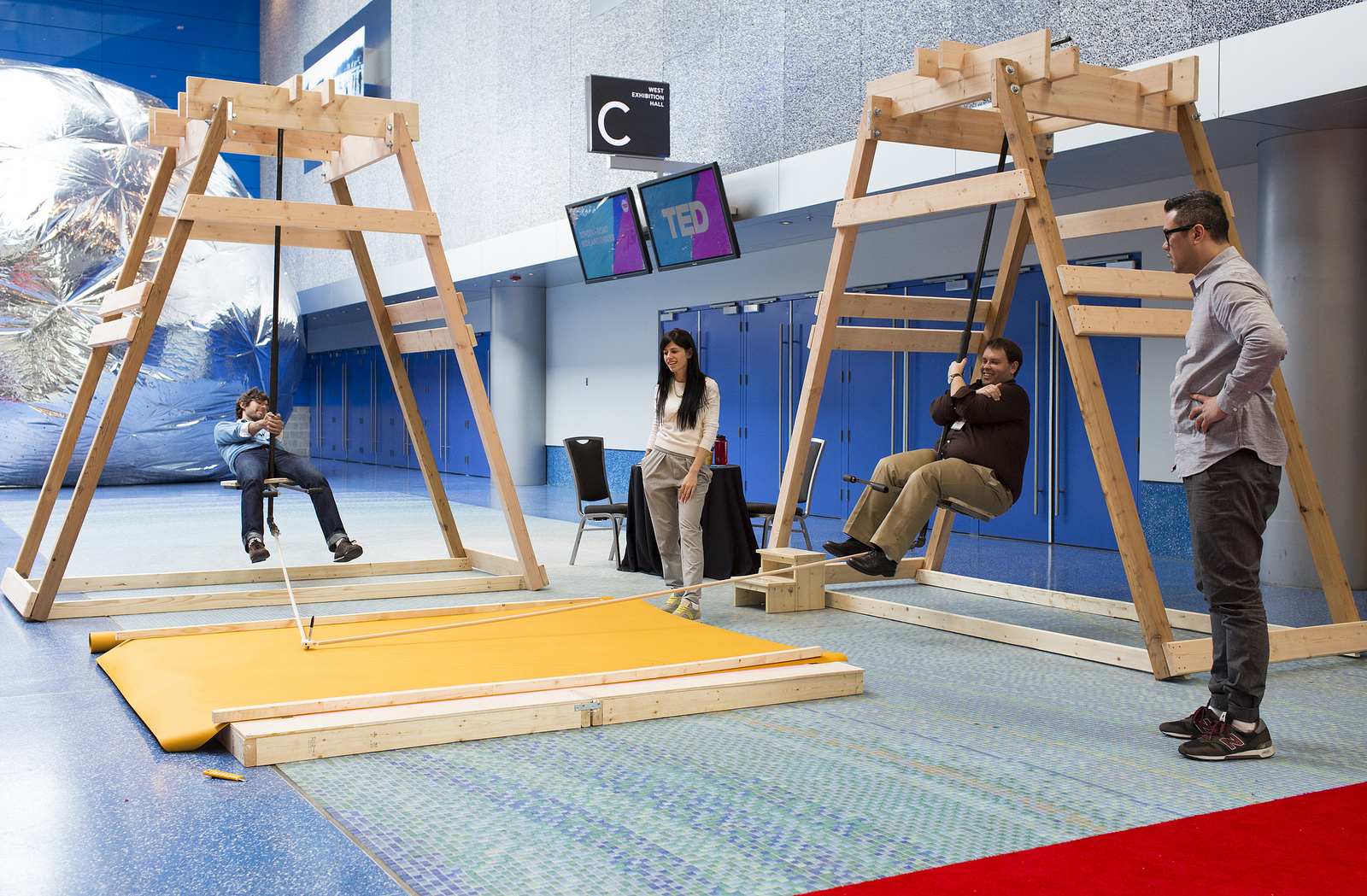 Two attendees on the the Harmonograph Swingset, an adaptation of a 19th-century invention that turns the frequency of relationships into art. Photo: James Duncan Davidson/TED

If a meet-cute is going to happen at TED2015, it will likely happen downstairs on the first level at the Harmonograph Swingset. This modern-day, hand-crafted timber swing, a take on a 19th-century invention, records harmonic frequencies as visual art.

The swingset is made of two seats, set at right angles and connected to two poles on universal joints, which operate like pendulums. It is operated by human weight. The two pendulums meet in the middle at a marker, which hovers over an enormous piece of heavy drawing paper. When TED attendees sit two at a time in the swing, the pens move across the paper, forming a precise graphic record of the harmonic frequency of the pair.

“Each visual representation is one of a kind,” says Carley Stadelmann, co-creator of the swing. She and Jeremy Wong — her artistic partner, as well as partner in real life — are inviting TEDsters throughout the week to ride the swing and create a harmonograph portrait with an old friend or a stranger. “If he and I were to ride it,” she says, pointing to Wong, “it would be completely different than if you and I were to ride it together.”

Stadelmann is an inventor and an artist. She is drawn to the visible representation of unheard sound made possible by the machine, as well as to the emotional value of a portrait of two people’s unique frequencies. It can record the frequency of a couple, of a mentor and student, of two friends, of two strangers. “People take the sheets home and frame them like portraits,” says Wong. “They’re very special.”

The two are at TED to get feedback from the creatives and engineers attending. Stadelmann hopes to scale the installation: her goal is to rebuild the project as a giant outdoor sculpture on one of Vancouver’s beaches, where people could draw ephemeral frequency portraits in the sand.

But aside from being fun, the Harmonograph Swingset is also educational. “I like the idea of taking a basic concept and making it interactive so someone can learn at the same time,” she says. “That’s really important to me.” 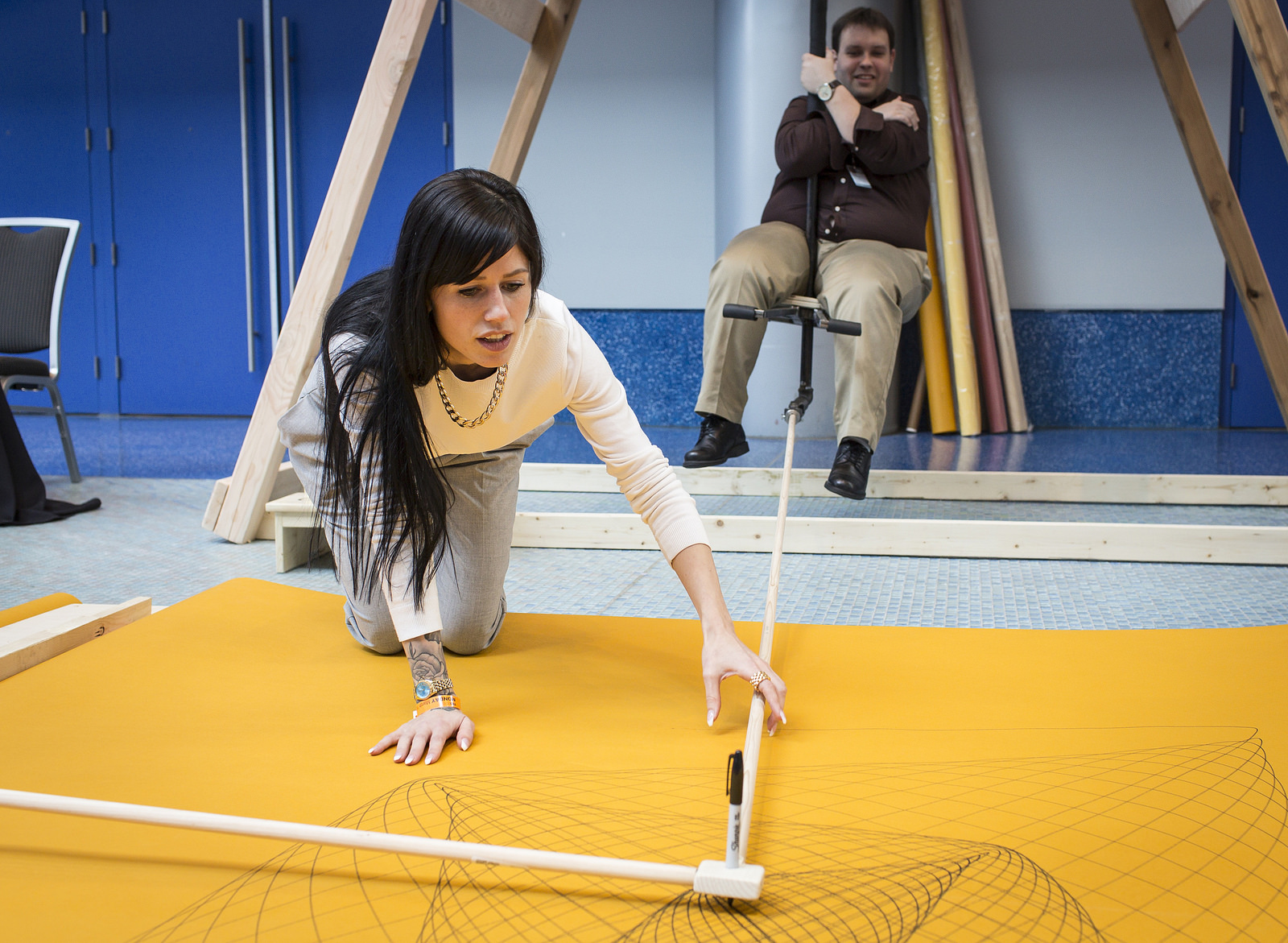 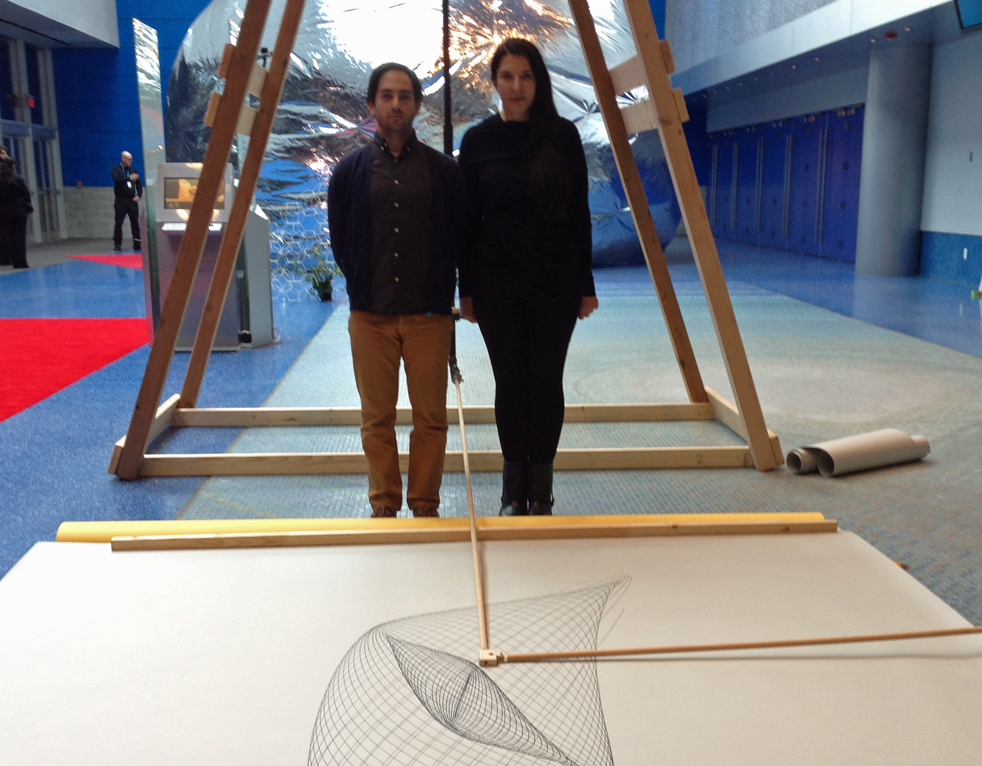 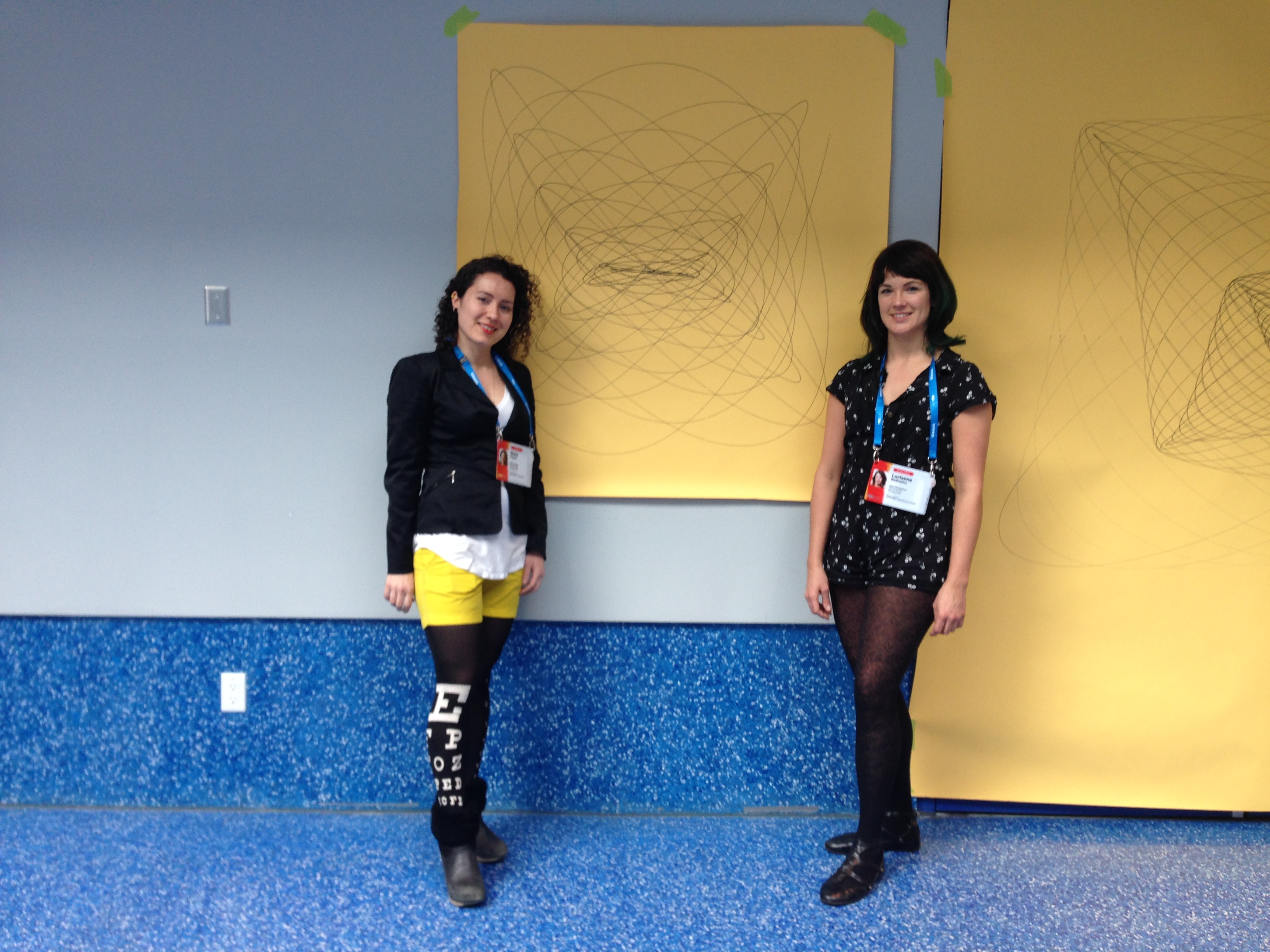