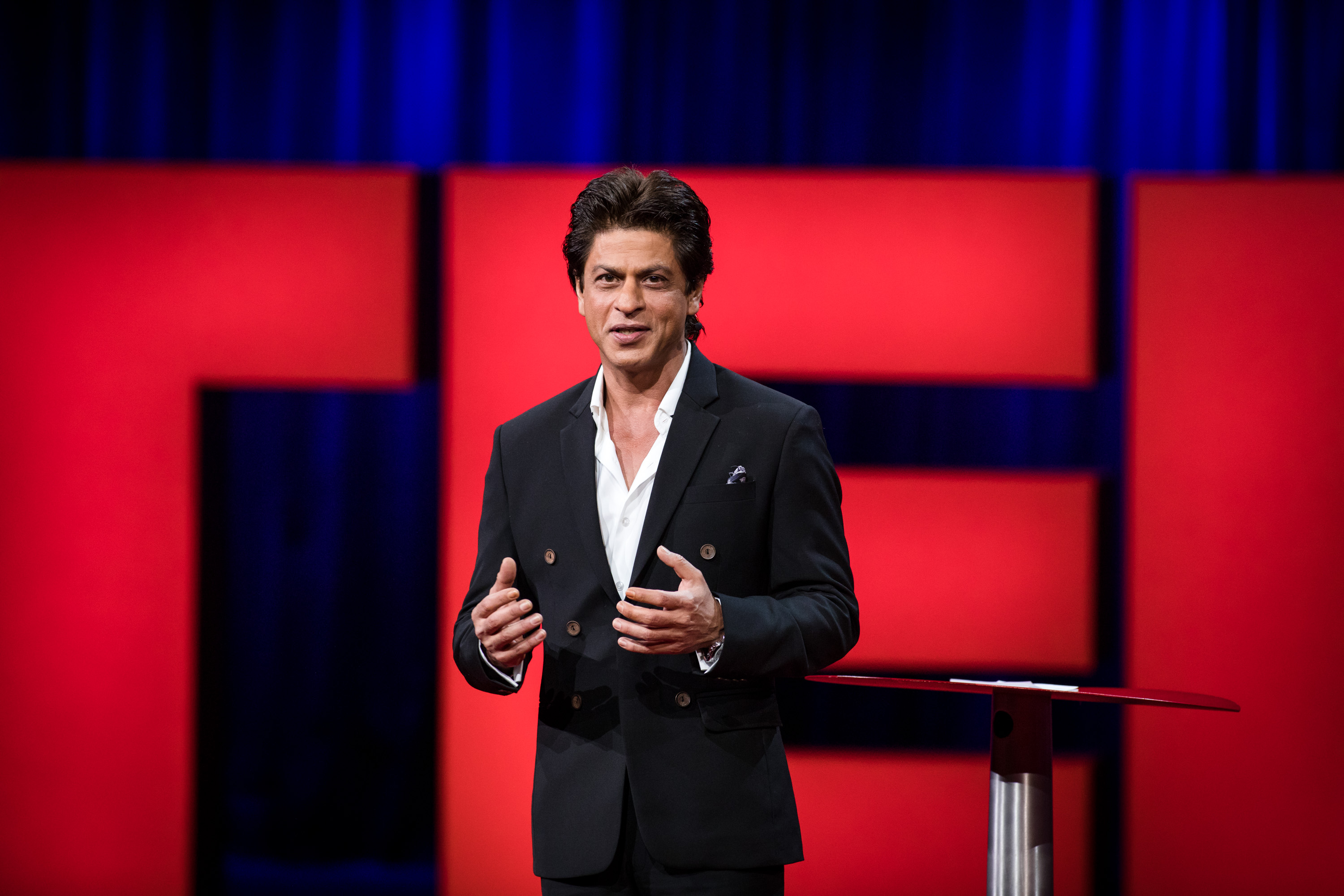 “I sell dreams, and I peddle love to millions of people,” says Shah Rukh Khan, Bollywood’s biggest star and the host of the upcoming TED Talks India: Nayi Soch. In a charming, funny, insightful and self-aware talk, Khan traces the movements of his life — and leaves us with hard-earned wisdom.

“I’ve been made to understand there are lots of you here who have never seen my work, and I feel really sad for you,” Khan says to uproarious laughter from the crowed gathered in Vancouver. “That doesn’t take away from the fact that I’m completely self-obsessed, as a movie star should be.”

“Humanity is a lot like me,” he says.”It’s an aging movie star, grappling with all the newness around it, wondering whether it got it right in the first place and still trying to find a way to keep on shining regardless.”

Khan brings us back to his early days, from the refugee camp in New Delhi where he was born to the night his father died when Khan was only 14. “From that night onwards, much akin to humanity in its adolescence, I learned the crude tools of survival,” he says.

The framework of life was simple then. You ate what you could find, and you did what you were told to do. “You married the first girl you dated, and you were a techie if you could fix the carburetor in your car,” Khan says. “You went wherever life took you for work, and people were mostly welcoming of you … Most important, you were who you were, and you said what you thought.”

In his late 20s, Khan shifted to the sprawling metropolis of Mumbai, and his framework — like the industrialized aspirations of humanity — began to change. He met people from all over the world, and definitions became more and more fluid. Ideas were flowing with more freedom and speed, and he experienced the miracle of innovation and cooperation. His own creativity, supported by the resourcefulness of the collective, catapulted him into superstardom.

“By the time I was 40, I was really flying. I had done 50 films by then, and 200 songs, and I’d been knighted by the Malaysians and given the highest civil honor by the French government,” Khan recounts. “Humanity was soaring with me,” he says. “We were both flying off the handle, actually.”

In this new world, reality became virtual, and virtual became real. “I started to feel that I couldn’t be who I wanted to be or say what I actually thought,” Khan says. “And humanity at this time completely identified with me. Both of us were going through our midlife crisis. Humanity, like me, was becoming an over-exposed prima donna.”

“The whole world, and all of humanity, seemed as lost as I was,” Khan says.

And here we are. With all of the complex problems and confusion in the world, Khan, now 51, still believes that there has never been a more momentous time for humanity. What has he learned, and how can it help the rest of the world?

The dignity of a life, a human being, a culture, a religion, a country actually resides in its ability for grace and compassion, he continues. “I’ve learned that whatever moves you, whatever urges you to create, build, whatever keeps you from failing, whatever helps you survive, is perhaps the oldest and the simplest emotion known to mankind, and that is love,” Khan says.

“You may use your power to build walls and keep people outside,” he continues. “Or you may use it to break barriers and welcome them in. You may use your faith to make people afraid and terrify them into submission. Or you can use it to give courage to people, so they rise to the greatest heights of enlightenment.”

“The future you,” Khan concludes, “has to be like an aging movie star, who has been made to believe that there is a possibility of a world which is completely, wholly, self-obsessively in love with itself.”