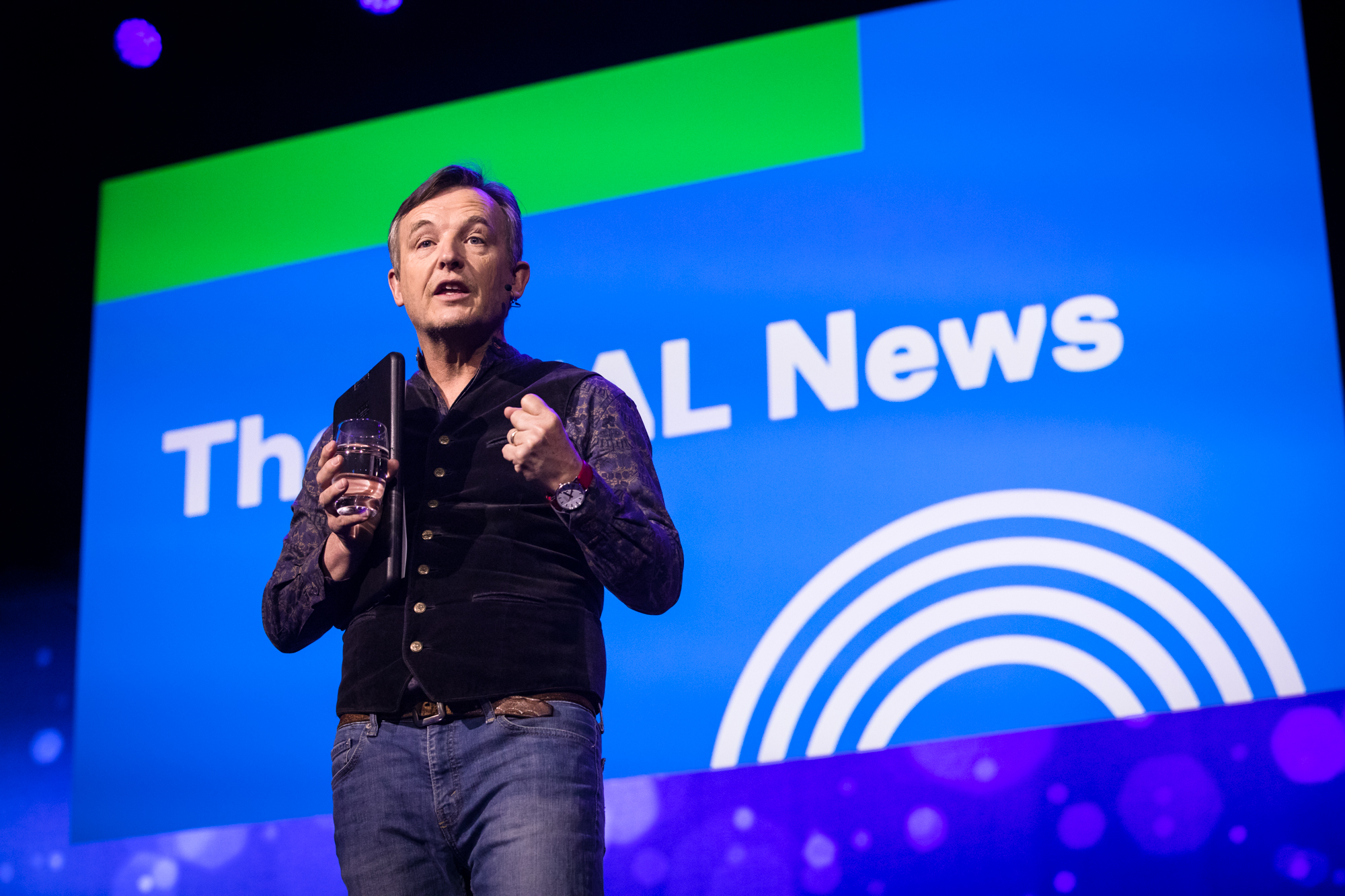 So much of our lives are gut reactions; they drive our newsfeeds, and they make our minds smaller. At TED2017, we decided to step back from the frenzy of the news media cycle to take an in-depth and nuanced look at three topics of particular interest — the forward march of machine learning with Sebastian Thrun, the future of storytelling with Shonda Rhimes and the health of our planet with Stewart Brand. 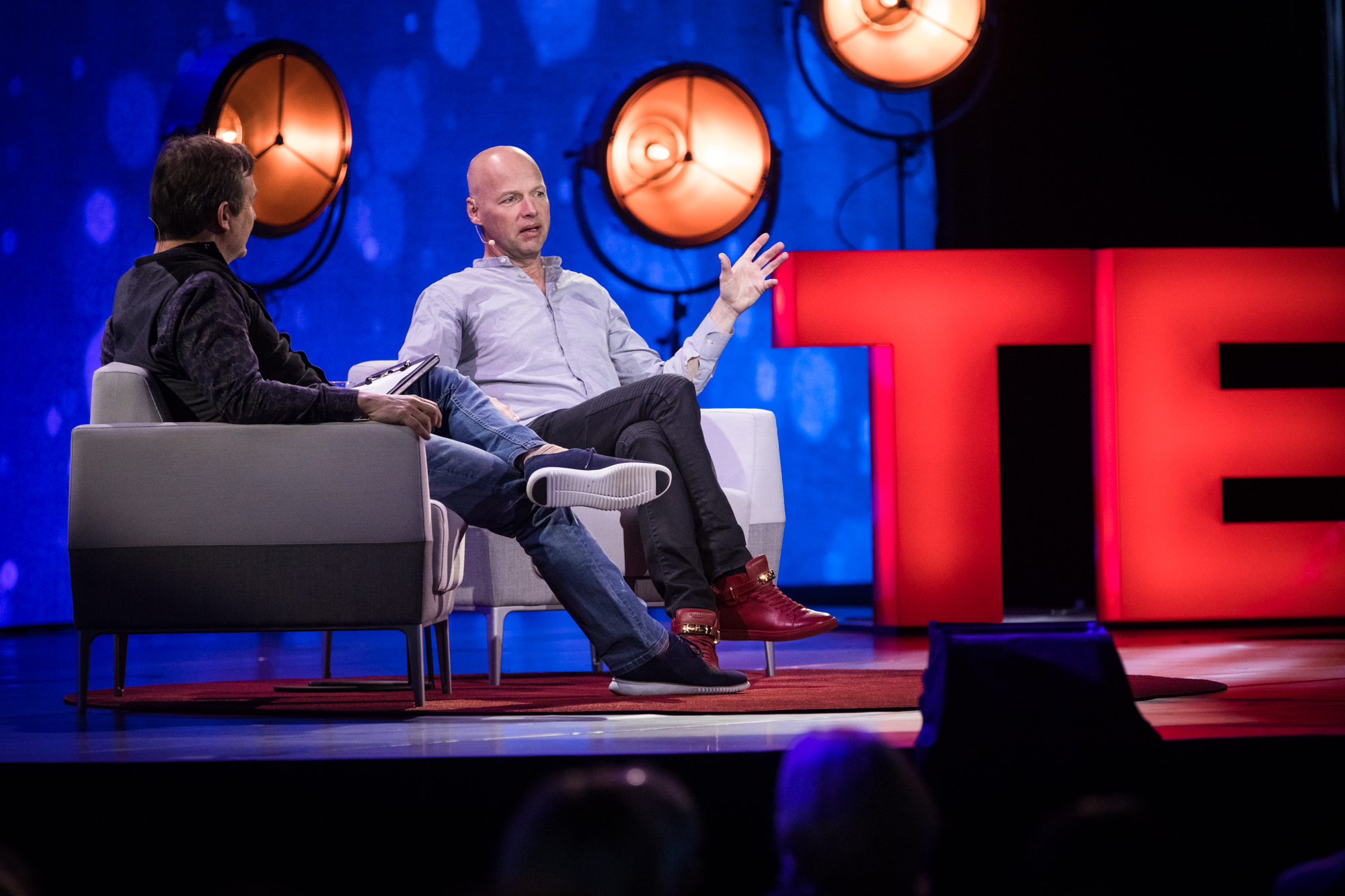 An optimistic pitch for AI. Innovator, entrepreneur, educator and computer scientist Sebastian Thrun is the CEO of Udacity, which offers massively open online courses in deep learning, digital marketing, robots and much more. In a wide-ranging conversation with TED Curator Chris Anderson, Thrun discussed self-driving cars, how people are insanely creative, the future of AI and machine learning — and why he’s optimistic, not fearful, about it.

“AI and machine learning is about 60 years old,” says Sebastian Thrun. “But only recently we have reached a scale of data computing that is necessary to make computers smart — that is, capable of emulating specialized human thinking.” Thrun predicts that rather than enslaving us, deep learning will free us from repetitive, unstimulating tasks, allowing us to unlock superhuman creativity. He shows us a neural network he helped develop that’s trained to detect cancer melanomas and carcinomas — with more accuracy and speed than human dermatologists. But is there still reason to be fearful of our future robotic overlords? Thrun doesn’t think machines will soon gain consciousness; they may be good at replicating specialized ways of human thinking but AlphaGo, the Go-winning robot, isn’t going to drive a car anytime soon. “The last thing I want is an AI with consciousness. I don’t want my refrigerator to fall in love with my dishwasher,” Thrun says. “AI has always been an augmentation of people, of us, to make us smarter. It can make us much much stronger as a human race.” 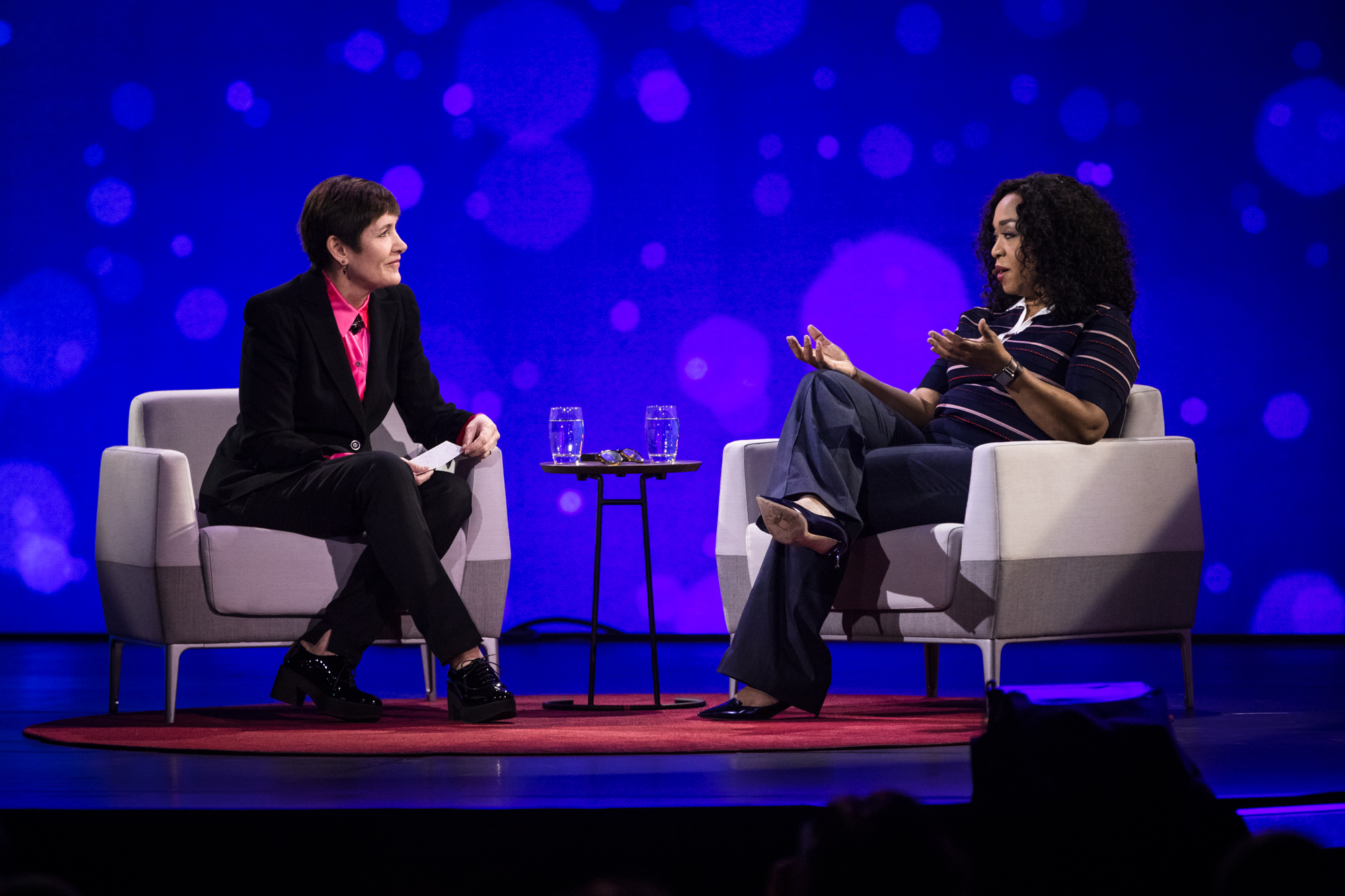 The future of storytelling. “We all feel a need to watch, tell and share stories — to tell each other that we’re not alone in the world,” says Shonda Rhimes. A dominant force in television since Grey’s Anatomy hit the airwaves in 2005, Rhimes is a titan. In conversation with Cyndi Stivers, director of the TED Residency program, Rhimes discussed why people tell stories, the future of media networks, how the proliferation of distribution networks sometimes makes it harder to find a good story, how storytellers and creators will get paid in the future — and a very intriguing concept known as the “Amish summer,” in which she takes away her kids’ computers and tablets for a season.

Unlike the news, which seems to be getting narrower and narrower, television seems to be getting wider, Rhimes says. On her own shows, Rhimes has always tried to make television that looks like the real world — exemplified by how, to the surprise of network executives, she never typecasts her characters — and that idea seems to be catching on. Plus with new platforms to tell stories and new sources of funding from companies like Amazon and Netflix, Rhimes says “television can now exist for international communities” which is important because “we should be taking other places into account.” Now, she’s looking for ways using her narrative-building skills as a force for good. “Campaigns, including the American Democratic party, could be helped with a better narrative,” Rhimes says, touching on her time campaigning for Hillary Clinton. The stories we tell shape how we understand and interpret the world, she says — and we can all benefit from a good story. 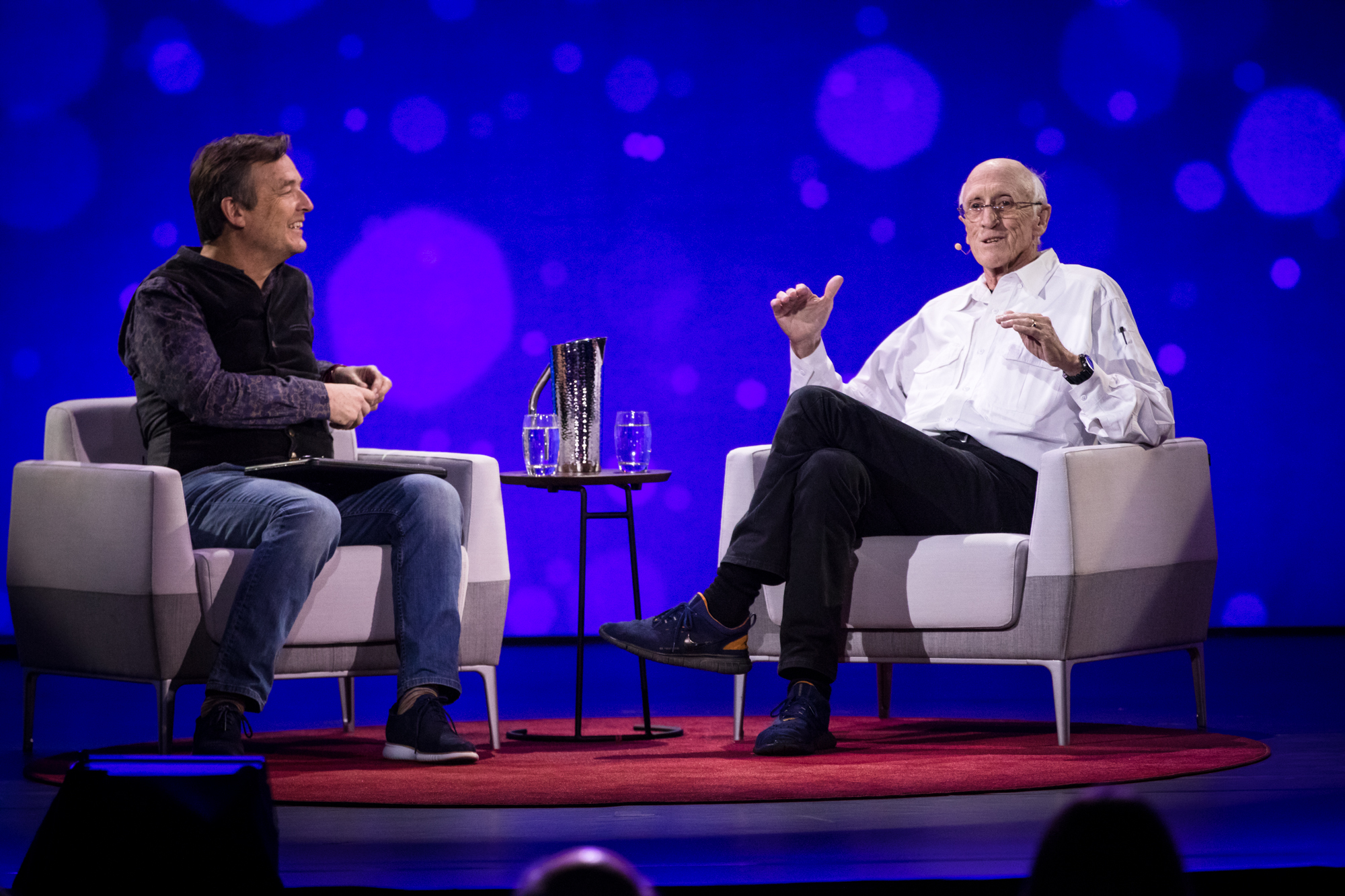 Bringing back the mammoths and other thoughts on the health of the planet. In a fascinating conversation with TED Curator Chris Anderson, visionary Stewart Brand talked about bringing back the wooly mammoth, geoengineering and science as organized skepticism. Plus a story of an acid trip on a San Francisco rooftop in the late 1960s that showed him the curvature of the earth and rewired his perceptions for good.

“The story we’re told is that we’re the next meteor,” Brand says, but his message is less doom and gloom. He disputes the idea that we’re in the middle of a mass extinction event right now, and he talks optimistically about how Earth now has more green space than ever before. He also thinks human population is reaching a peak that will cap at around 9.5 billion, and that our moving into cities is a good thing — the more land we can give back to Nature, the better.

While we may not be in the middle of a mass extinction, Brand does think we should be actively working to fix the negative effects of climate change. Just because the land is producing more doesn’t mean the planet is healthy, and Brand points toward coral-bleaching events in the oceans as proof that we need to do something about the negative effects we’re having on the planet. He advocates for ambitious geoengineering projects like the ones proposed by Danny Hillis. “The same way we try to understand the human body with medicine, we need to try to fix what we’ve done to the planet,” Brand argues.

As for the wooly mammoth, Brand sees his work on Revive & Restore as important because we should want a world with the mammoths. “Large animals with sharp teeth and claws are important for ecosystems,” he concludes.