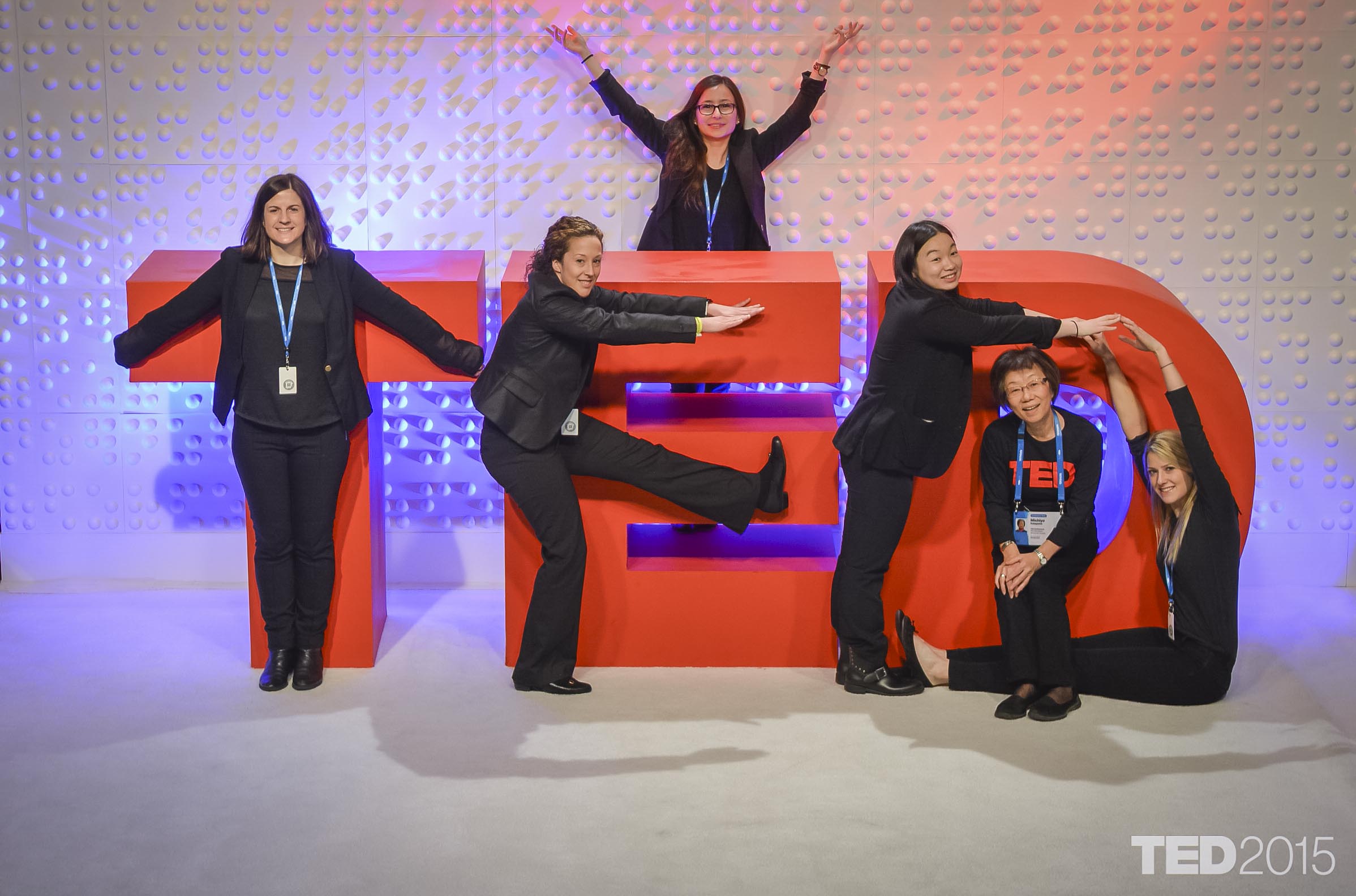 Six hard-working registration desk staffers take a break to play with the TED letters, at a photo op built by our in-house tech team.

A funny thing happens at the end of every TED — after the show wraps, first one brave person, and then duos and groups, rush the stage to get their picture taken with the red TED letters. So at TED2015, our tech team thought, why not bring the letters out to the conference floor and let everyone play? In a nights-and-weekends project, our engineers built a self-service photobooth that encouraged all TEDsters — attendees, staff and more — to strike a pose. By the end of the conference, 1,296 photos had been taken with the booth.

“A lot of people wanted to get jump shots,”says software engineer Joshua Warchol, who helped conceptualize and build the booth. “Some groups would spend 10 minutes trying to get the perfect aerial moment. And I also had not anticipated that people would feel an unstoppable compulsion to climb the letters. We had to get them repainted mid-week because of nicks and scuffs.”

The idea for this booth came out of the TED tech team’s Hack Week, where staffers work on projects that fascinate them. Warchol wasn’t quite sure what he wanted to do, and TED’s CTO, Gavin Hall, suggested creating something to work with the near-field communication chips in our conference badges. Warchol’s idea: set up a camera that uses a badge scanner to initiate the shot and then email the photo afterward.

Setting up the booth onsite was tricky. “We had to balance restrictions to get the best shot,” says Warchol. To keep the shot clear, they decided to hang the camera from the ceiling, rather than use a tripod. “We weren’t allowed to hang our equipment below 10 feet, which meant we needed to move back from the letters to get the shot. And to keep the camera stable on the mountings, we had to hang it upside-down and rotate the images when we displayed them.”

Warchol assembled a simple waist-height stand to scan the badges, with an Adafruit circuit board to read the badge NFC tags, and a Raspberry Pi hidden inside to communicate with our attendee database. Then he plugged away at coding the reader experience to make it ever snappier, and automating the image processing to flip, crop and watermark each photo. (All this while remembering to change the batteries on the Raspberry Pi  every day.)

“As attendees were lining up at registration on Monday morning, we were literally still coding the functionality,” says Warchol. “But when the first person came up and used the system without our guiding them at all — it felt great.”

Get the technical details, including materials list and setup photos >>

Below, some of our favorite shots, starring folks who worked behind the scenes at TED2015. 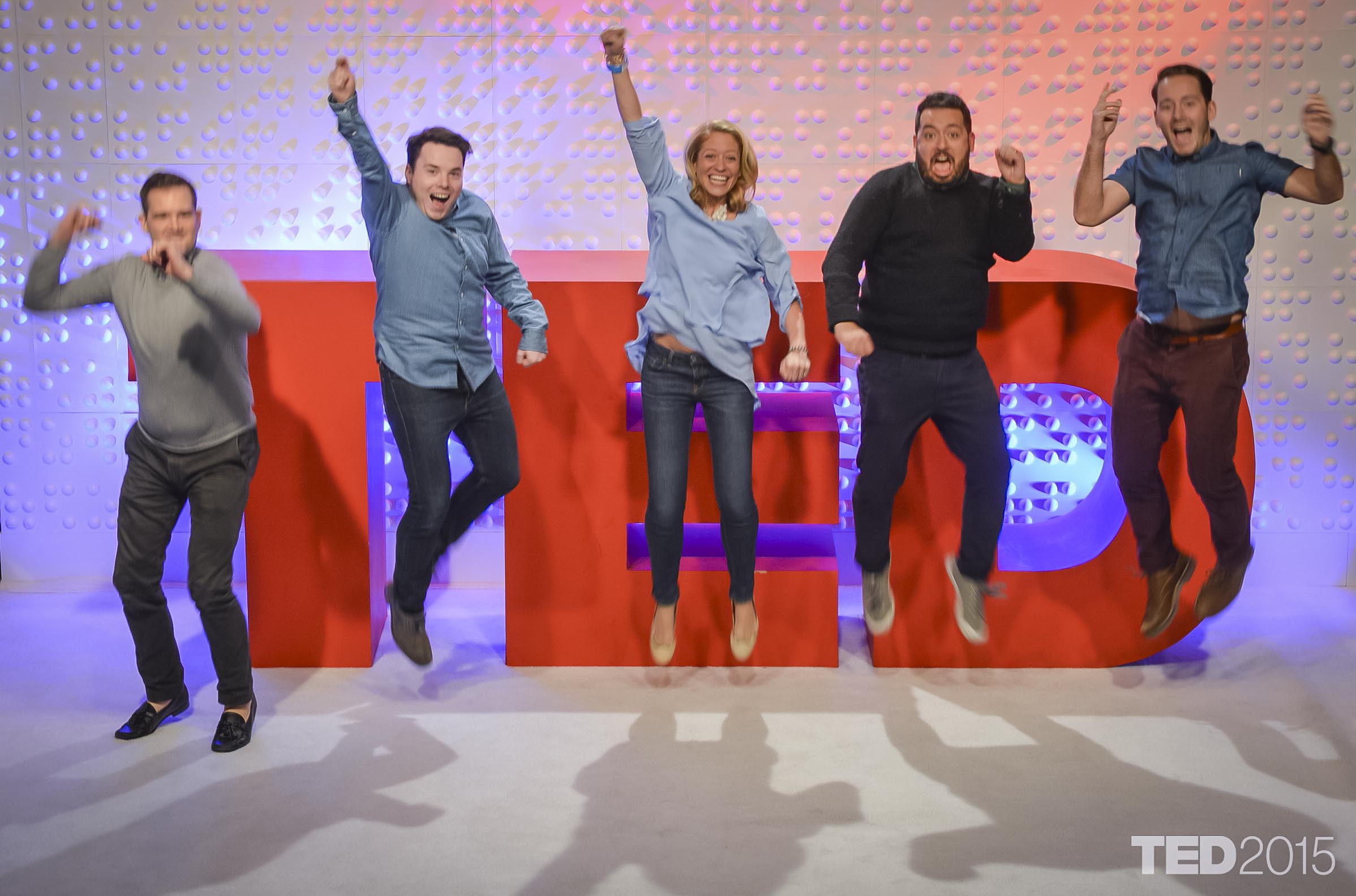 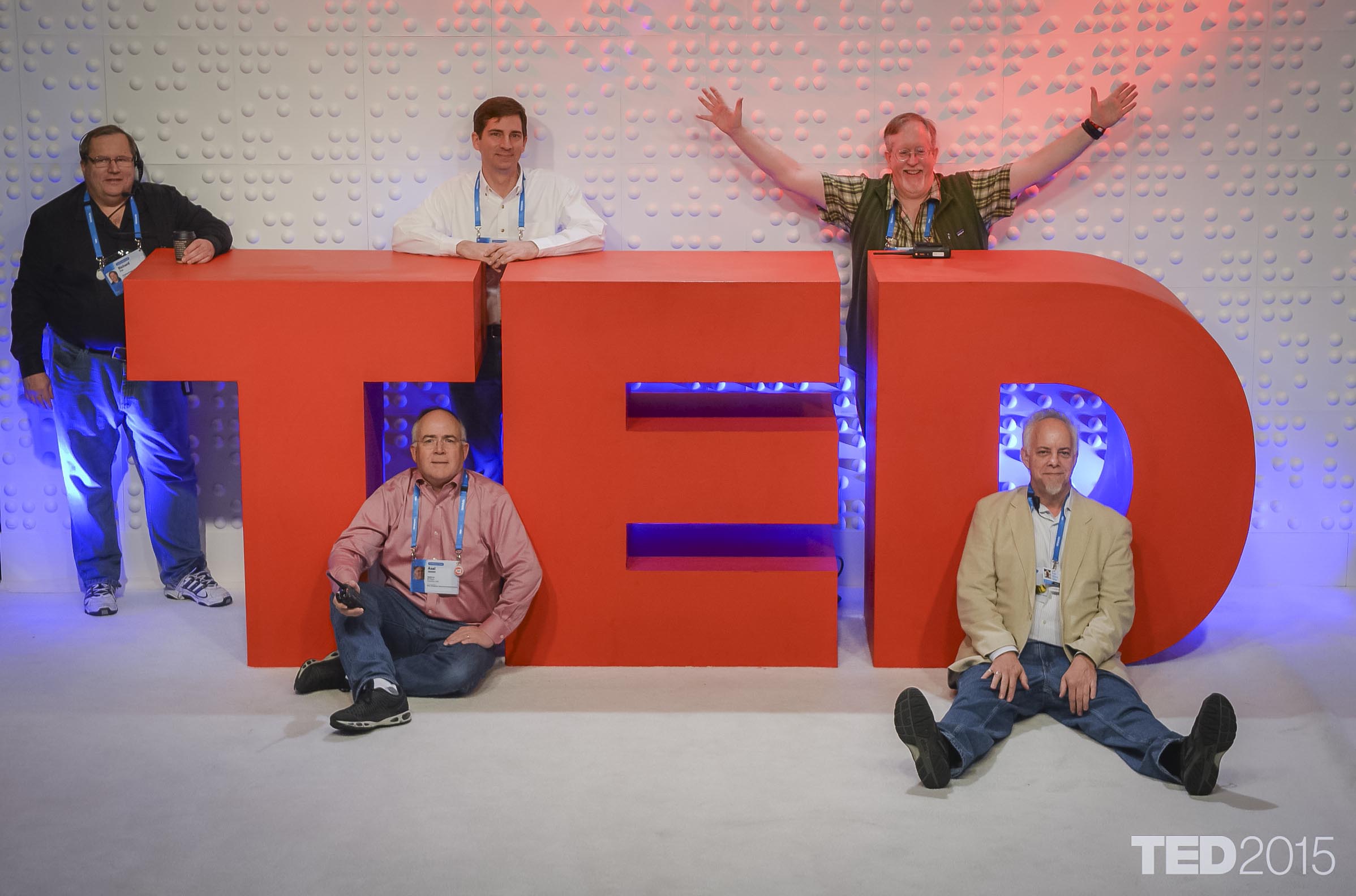 TED’s onsite tech volunteers, many of whom have been coming to TED for more than a decade, working behind the scenes to keep the conference wired. 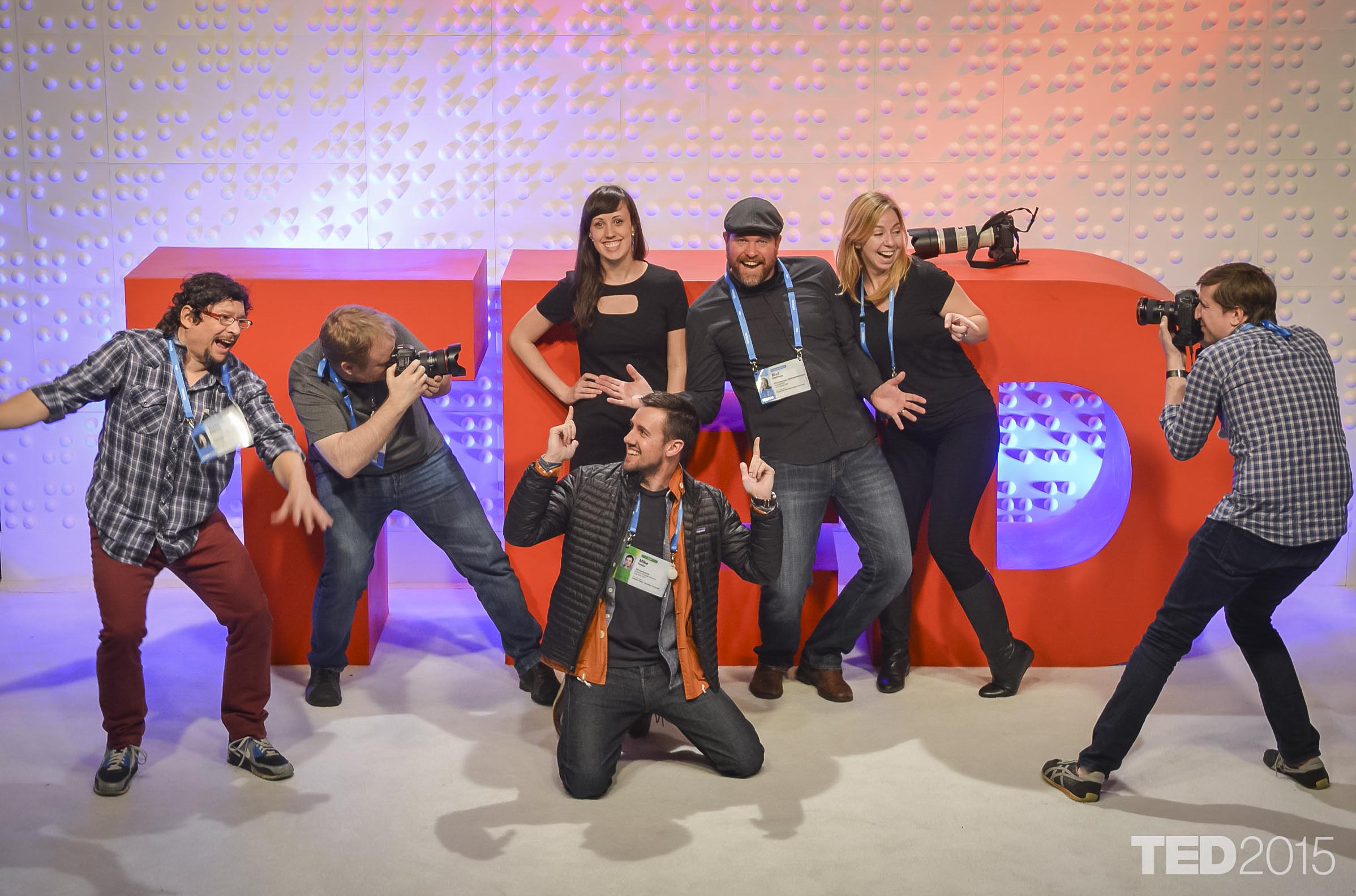