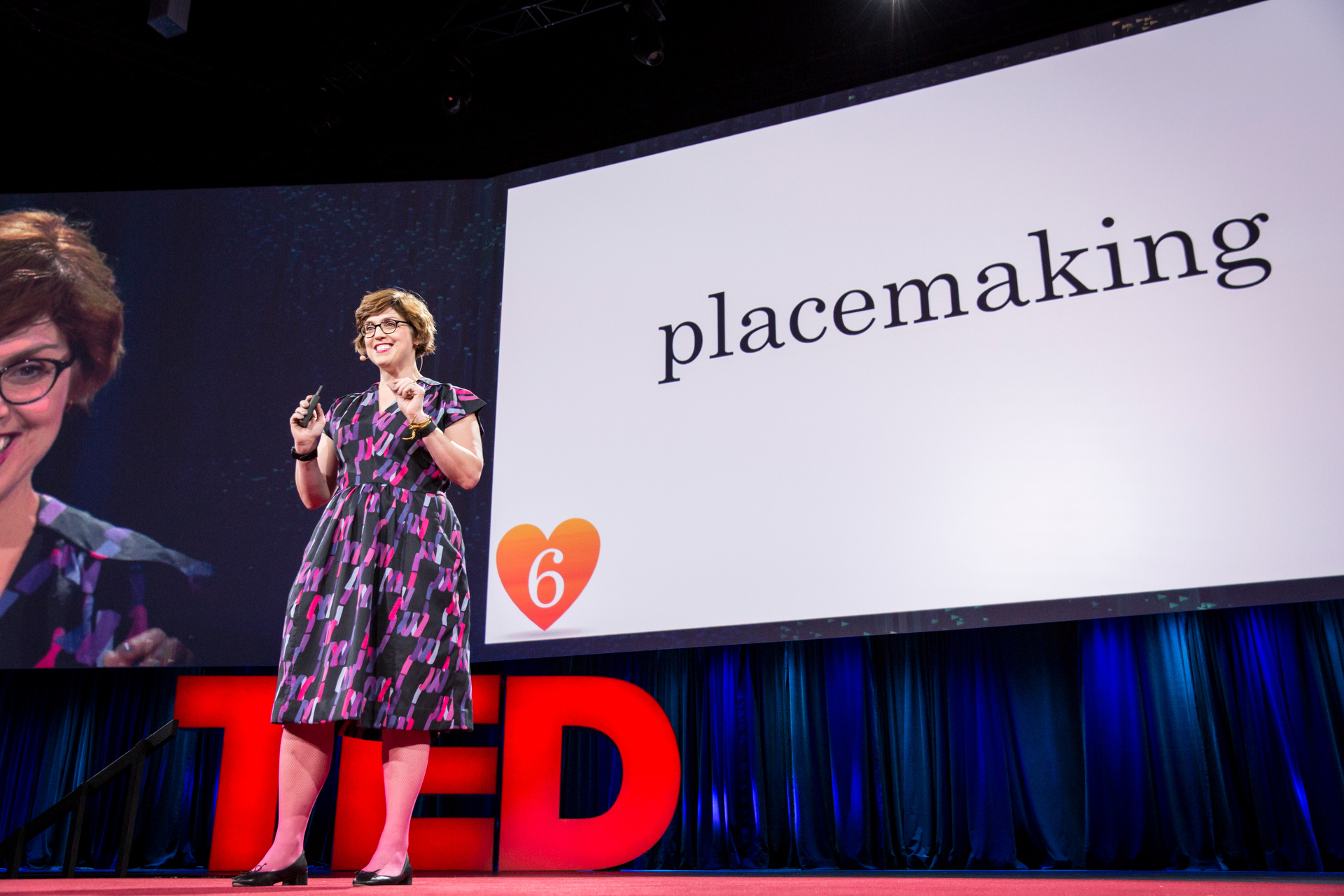 TED is about ideas worth spreading, and these often come wrapped up in words worth knowing. Here are some of the great words from TED2015:

10. Neurodiversity. From Steve Silberman’s talk on the history of the autism spectrum. It’s a word that began popping up in 1998, and it means “the variety of configurations of the brain, especially with regard to autism.” A word all neurotypical people should know.

9. Kinetic attack. From David Rothkopf’s talk on the global threat of cyberattacks. Kinetic attacks involve moving parts — think bullets and bombs. This phrase is an example of a retronym.

8. Court-scraper. Heard at a lunch to celebrate the publication of The Future of Architecture in 100 Buildings by Marc Kushner. The context: “But not, of course, when it comes to W57 — Bjarke Ingels‘ very pyramid-y addition to the street he calls a ‘court-scraper’ for its combination of the European courtyard building with a New York skyscraper.”

7. Photoclinometry. From Fred Jansen’s talk on the Rosetta mission to land on a comet. The Rosetta lander that Jansen talked about used photoclinometry — essentially, looking at patterns of light and dark in a photograph and figuring out the terrain from that — to discover where on the comet to land.

6. Placemaking. From Theaster Gates’s talk about building community spaces. Placemaking is “both a process and a philosophy” that deals with the planning and management of public spaces, and with the idea that public spaces are the heart of any community. This word wasn’t actually spoken in the talk — it appeared in his slides. Always take note of the slides — they are full of great words.

5. Wide pin. From Rajiv Maheyswaran’s talks on modeling the movements of basketball players. You really need a diagram to figure out this basketball term! It turns out that basketball is full of interesting jargon, such as kill area, pop to the wing, and Hurley curl-pop-fade.

4. Vexillologist. From Roman Mars’ talk on flag design. Someone who studies flags. Although we’ve had flags for hundreds of years, the first citation for this word in the OED dates only from 1959. Lesson: it’s never too late to make up the word you need.

3. Umwelt. From David Eagleman’s talk on perception. The umwelt is “the outer world as perceived by organisms within it.” There is a whole world of other related -welt words, many from the field of biosemiotics, including Merkwelt, Innenwelt, and Wirkungswelt.

2. Frass. From Pamela Ronald’s talk on plant genes. Frass is, essentially, bug poop. The word comes from the past tense of a German word meaning ‘to gobble,’ and so gives us the odd (but logical) idea that excreting is the past tense of eating.

1. Upstander. From Monica Lewinsky’s talk on the price of shame. An upstander is someone who stands up for something, as contrasted to a bystander who remains inactive. We should all be upstanders in the fight against bullying, harassment and online violence.

Thanks to everyone who sent word suggestions, especially Gordon Garb, who topped the leaderboard with the most word sightings!