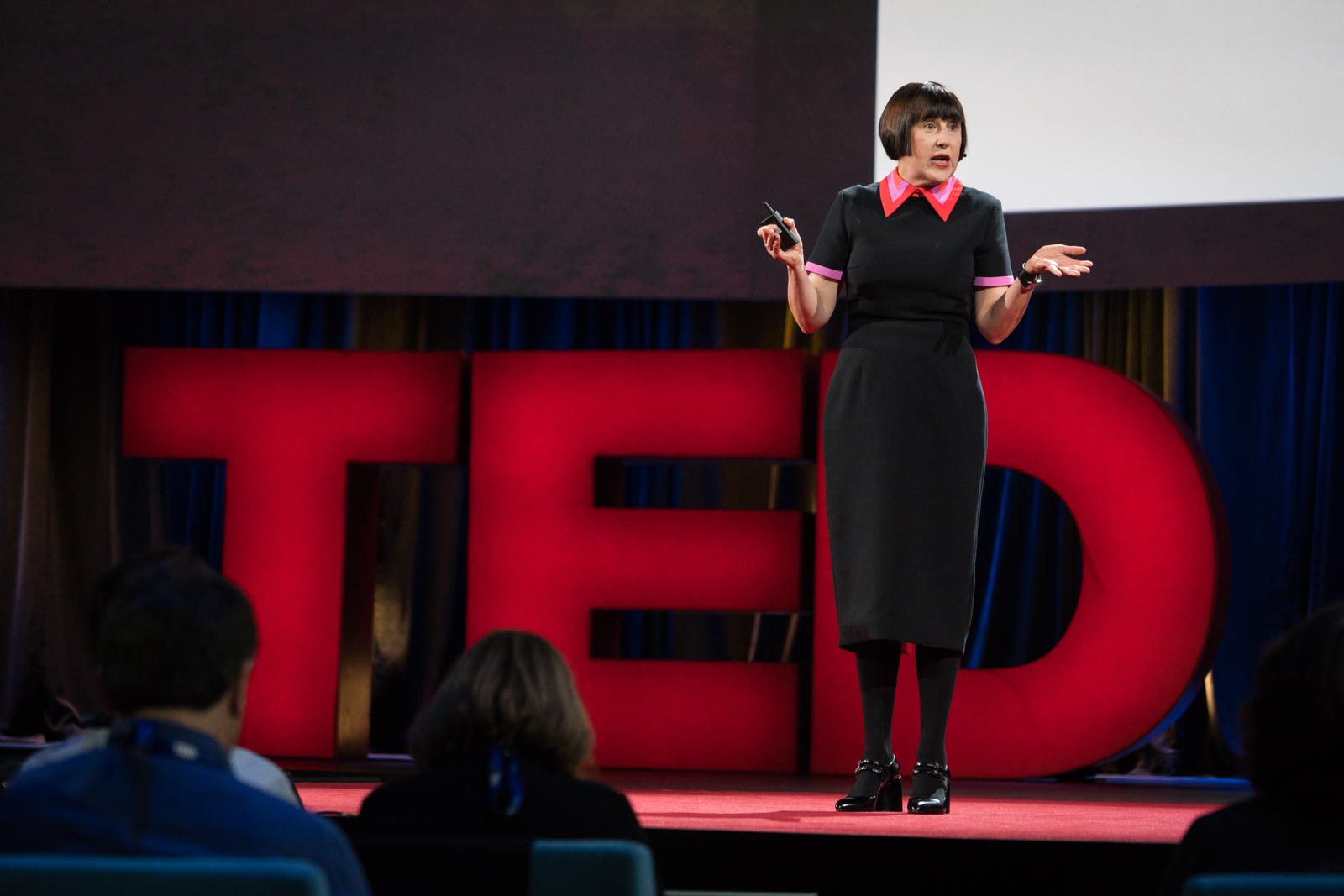 This session is dedicated to those who weave fantasies and force change. From a speaker on the cusp of virtual reality storytelling to a playwright who appears as a hologram, many surprises are in store.

Recaps of the talks in Session 11, in chronological order.

The last storytelling medium? Chris Milk’s story begins with music, the medium that goes “straight into the emotional vein … and right into your heart.” He loved film wanted to direct music videos to capture that “lightning in a bottle.” But while he found he could add narrative, it just didn’t feel as powerful as music alone. So he started chasing virtual reality. “I realized VR is going to play an incredibly important role in the history of mediums,” he says. “In fact, it’s going to be the last one. … In all other forms, your consciousness interprets the medium. In VR, your consciousness is the medium.” Milk and his team have had to make up the rules: camera movement done wrong can make someone sick; a close-up now means that a character is in your personal space; and a sonic trick called “spatialized sound” can direct a viewer’s attention to turn to something new. He shows the audience what he means. Everyone puts on Google Cardboard headset, and is transported through a series of Vrse films, from a helicopter flying over Manhattan to a soulful church service to a refugee camp in Syria. This is not about spectacle, says Milk. People care about things that feel local, and this technology can make anything just that. “I see this not as a tech platform, but as a humanity platform.”

What happens in the brain when we hear stories? Neuroscientist Uri Hasson researches the neurological basis of human communication and storytelling, and here he shows off some surprising findings. Two people who have heard the same story show similar brain activity — but so do two people who have heard that story in their own native languages. Find out more in a full recap of his talk.

An ode to design renegades. “Design is a slippery and elusive phenomenon which has meant many different things at different times,” says design critic Alice Rawsthorn. She walks us through a list of historical figures who have made their mark by thinking about a design problem: Ying Zheng, founder of the Chinese empire, who built an army where all archery equipment had interchangeable pieces; Blackbeard, the famed pirate, whose skull-and-crossbones flag was made to scare ship crews into surrender (Rawsthorn calls the flag “a precursor of the corporate logo”); and Florence Nightingale, who realized more patients at her military hospital were dying from infections than battle wounds, and promptly redesigned the hospital ward. Renegades are still doing their thing. “We’re living at a remarkable moment in design,” says Rawsthorn, as thinkers have so many more tools to create things and many more avenues to amplify their works. “We all stand to benefit,” she says. 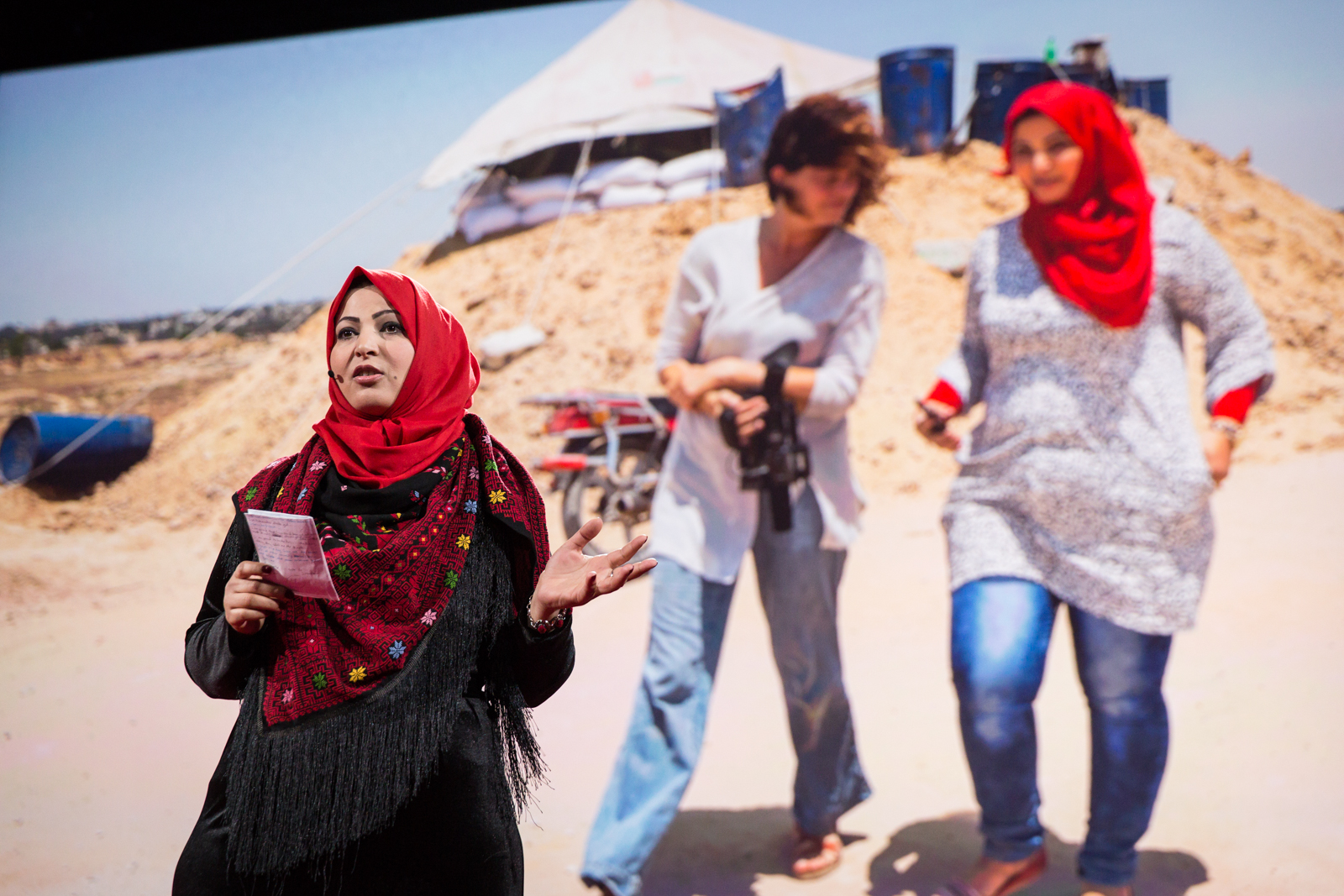 Stories from the Gaza Strip. When Ameera Harouda was a little girl, she wanted to be a pilot. But she lives in Gaza, and there’s no open airport to speak of. “We live,” she says, “in the biggest prison in the world.” So instead she’s a fixer, helping foreign journalists gain the access they need to cover the region. To do her job, she also builds relationships with the community. Says Harouda, “[I] never look at them like stories or numbers, but like me, they are human beings.” Being a female fixer actually gives her unexpected advantages, like access to people’s homes. But it’s also terrifying, and it’s not always easy for Harouda to leave her husband and two children at home when she knows she might not come back. Yet despite that, she says, “When I hear the sound of shooting or bombing, I head straight toward it. I want to be there first. These stories should be told.”

Music by way of friendship. El Vy, a band featuring Matt Berninger from The National and Brent Knopf from Menomena (friends for more than a decade), brought a California, soft-rock vibe to the session with the song “Return to the Moon.” Light, playful guitar riffs blended with keyboard. Next, they transitioned to an eerier tune, “I’m the Man to Be”: “Can’t move / I can’t talk / I can’t sleep / I can’t walk,” kicking off with an electrifying bass and drum line. They closed out with “Need a Friend,” using keyboard effects for a 1980s feel.

A visit from the future. Science fiction writer Monica Byrne creates richly imagined near­-future worlds populated with characters who defy our racial, social and gender stereotypes. At TED2016, she appears as a 318-year-old hologram named Pilar, transmitting a message back to us from a cosmic beach. In this fictional future world, humans have colonized the universe. “My work has been to expand the human lifespan indefinitely,” she says, bathed in a square, rotating light. Love has endured the centuries — Pilar remembers meeting her wife, Navid, in New Tehran, a city in the Sea of Tranquility on the moon. Pilar and Navid loved each other deeply, never running out of things to talk about. Despite Pilar’s best efforts, Navid starts “declining,” and the two travel to Earth, the place where people now go to die. There, in her desperate search for eternal life, Pilar invents a new dimension that makes her appear as a hologram, but Navid hates it and banishes her. Now, she’s seeking to return to her body. “It’s always funny what you think the future will be like instead of what it turns out to be,” she says. 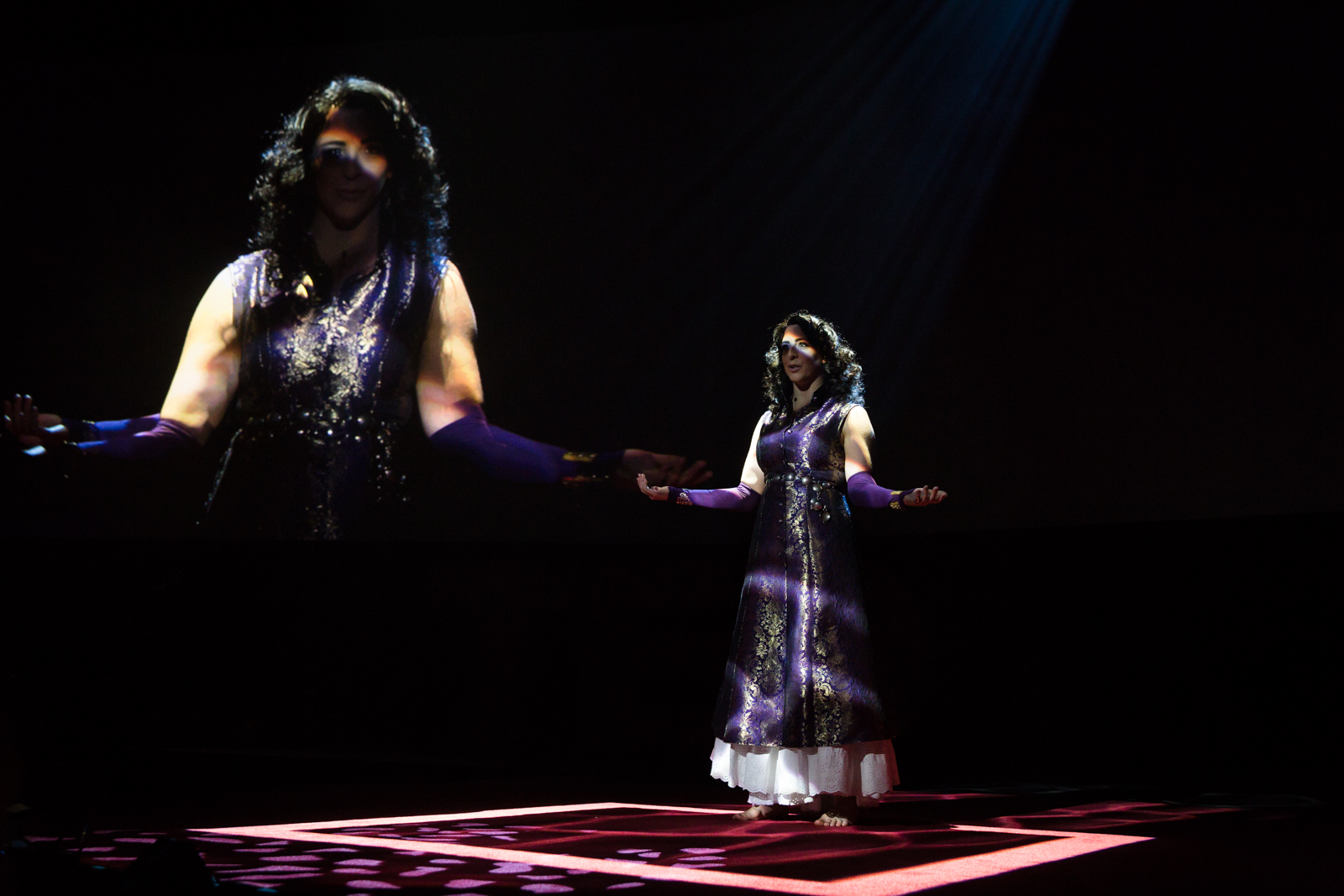