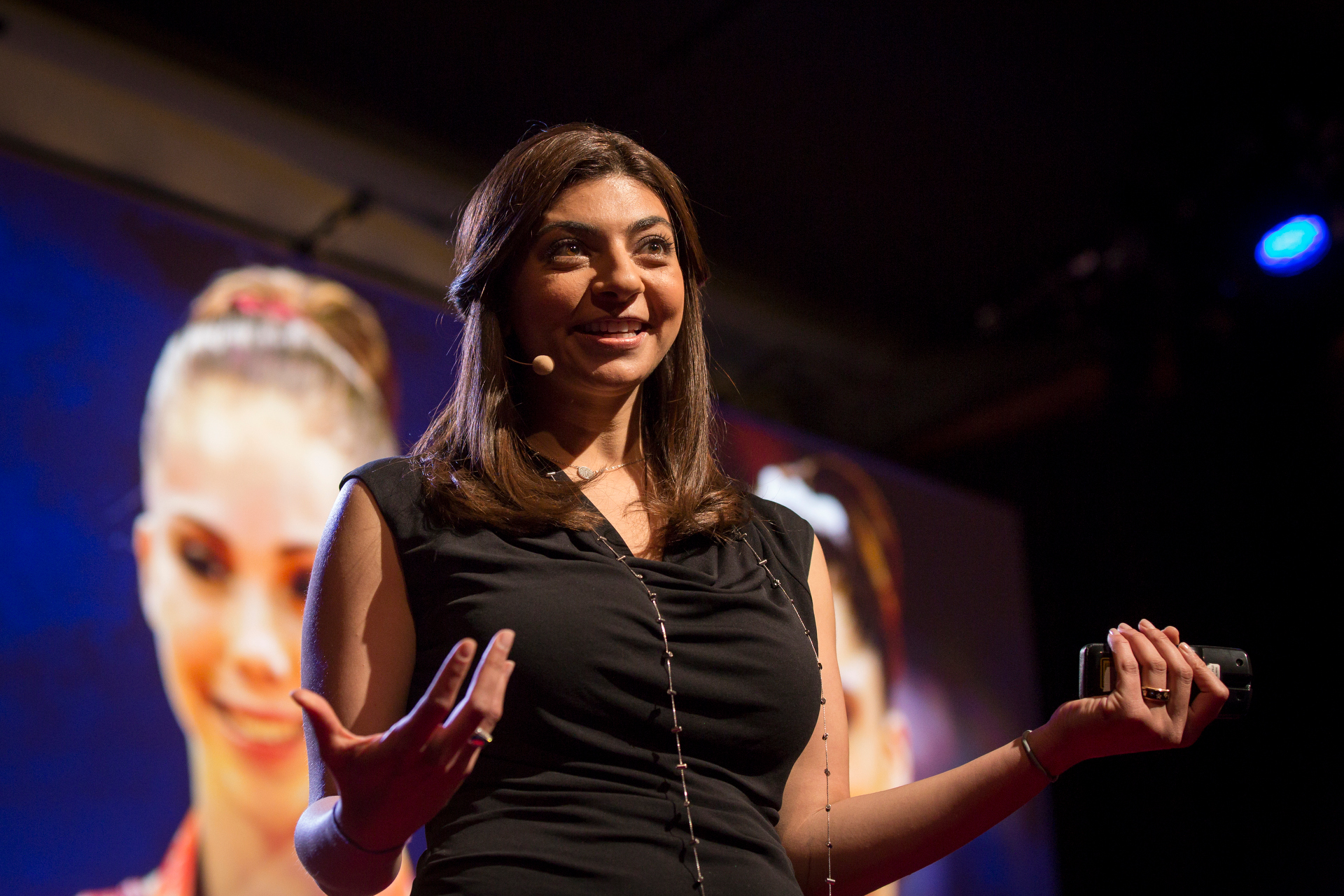 Rana El Kaliouby shares her work creating an “emotion engine” that will help computers and devices understand how we are feeling — and react accordingly. Photo: Marla Aufmuth/TED

Most human beings can tell the difference between a smirk and a smile. Our computers and devices, however? Not so much.

Fifteen years ago, Rana el Kaliouby left her home in Egypt to study computer science at Cambridge. With her husband at home, she found herself homesick. “I realized I was spending more hours with my laptop than any other human,” she says. “Despite this intimacy, my laptop had no idea how I was feeling — whether I was happy or having a bad day.”

This gave her an idea. “Technology has lots of IQ, but not EQ,” she says. “What if our technology could sense our emotions? What if our devices could sense how we feel and react accordingly just the way an emotionally intelligent friend would?”

El Kaliouby started investigating this as a research project at MIT, then founded a company, Affectiva, to make the tech available to developers. She asks for a volunteer so she can show us how Affectiva’s “emotion engine” works. On an iPad, the engine senses the bounds of our volunteer’s face, and constellation of points appear at the corners of her eyes, the outline of her lips and around her nose. As our volunteer smiles, frowns and acts surprised, bars that measure joy, disgust, valence and engagement get longer and shorter, flipping between green (for positive emotions) and red (for negative emotions).

This app reads your facial expressions and figures out how you feel. @kaliouby @Affectiva #TEDWomen pic.twitter.com/eZVpuYXoqq

“It blows me away that we can now quantify something as personal as our emotions and that we can do it at scale,” she says. “So what have we learned?”

She walks us through a few key learnings.

So what are the implications of this? El Kaliouby imagines emotion-sensing glasses that could help those who are visually impaired or on the autism spectrum interpret other people’s emotions. She imagines teaching apps that could speed up when a student looks bored. She jokingly imagines a fridge that knows when its owner is stressed and autolocks to prevent emotional eating.

“When I was at Cambridge, what if I had access to a real-time emotion stream and could share that in a very real way with my family?” she asks.

“As more of our lives become digital, we are fighting a losing battle,” she continues. “What I’m trying to do instead is bring emotions into technology … We have a golden opportunity to reimagine how we connect with machines and therefore how we, as human beings, connect with one another.”

What will the world be like when our computers have an emotion chip? @kaliouby answers at #TEDWomen: pic.twitter.com/ObZMy3yUbc