Countdown is a global initiative to accelerate solutions to the climate crisis. Watch the talks, interviews and performances from the Countdown Global Launch at ted.com/countdown.

Transforming big systems is a huge task. Energy, transportation, industry and infrastructure all pose their own challenges. And yet that transformation is already happening. The experts in Session 3 showed us how and where, and offered powerful ideas for accelerating it: developing an economy without coal, decarbonizing fossil fuels, electrifying mobility and more.

This session was cohosted by actor and activist Jane Fonda and climate activist Xiye Bastida, who kicked off the hour by discussing what it means to fight for climate justice and how to ignite large-scale change. 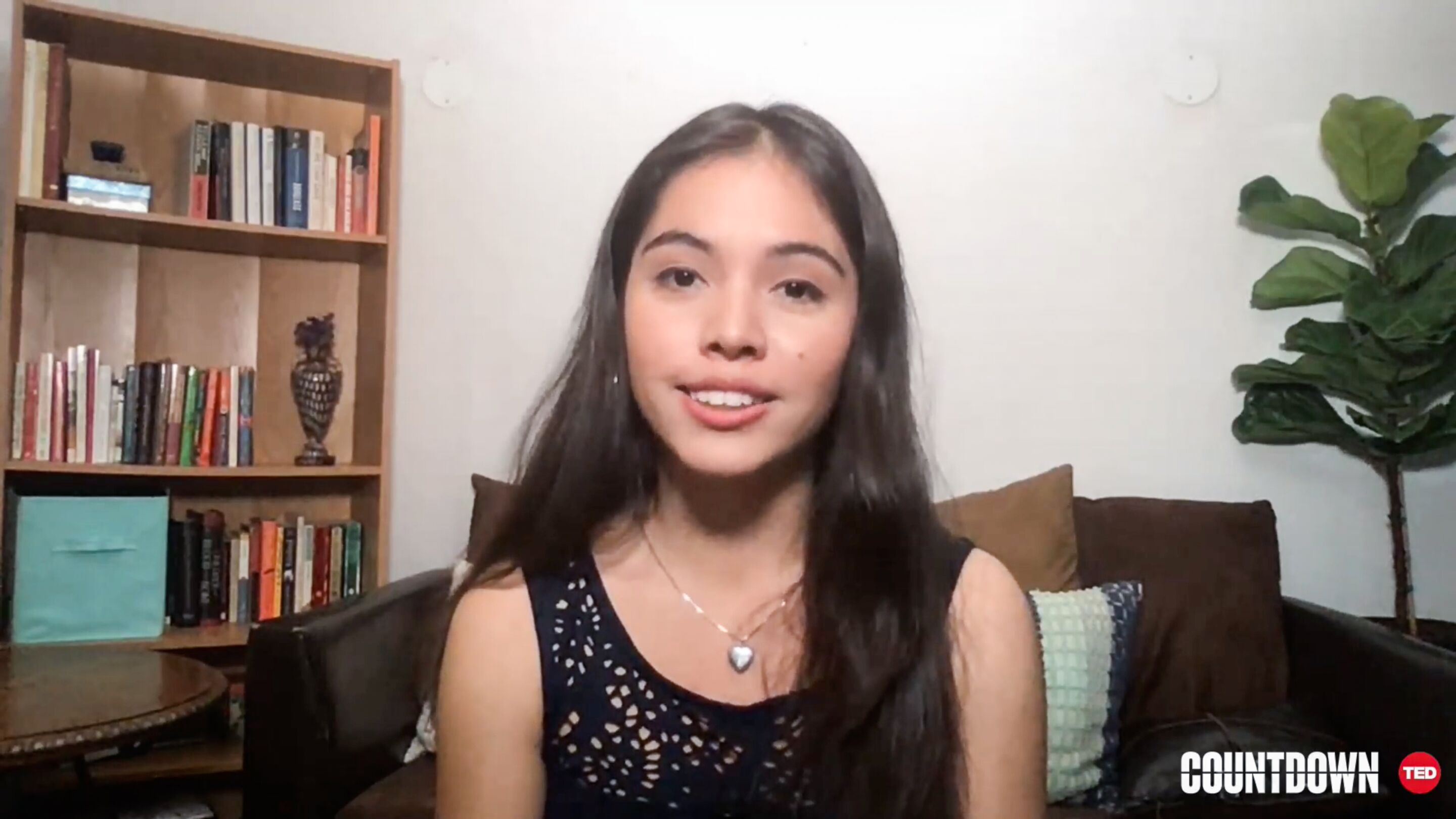 Big idea: India has a historic opportunity to power its industrialization with clean energy.

How? In a country where fossil fuels are still a luxury for many (only six percent of Indians own cars, and only two percent have air conditioning), India has a unique opportunity to build a new, green energy infrastructure from the ground up. An incredible 70 percent of India’s infrastructure of 2030 hasn’t been built yet, says Varun Sivaram, CTO of India’s largest renewable energy company, presenting the nation with a historic opportunity to industrialize using clean energy. By making renewable energy “the beating heart of a reimagined economy,” Sivaram thinks India can add thousands of gigawatts of solar and wind production capacity, green the country’s power grid and transportation system, and radically improve energy efficiency — electrifying communities that remain beyond the reach of the power grid.

Big idea: The fossil fuel industry can play a central role in solving climate change by decarbonizing their product. Oil and gas companies know how to decarbonize their fuels, and they have the money to do it. Now, they need the will.

How? The fossil fuel industry contributes 85 percent of the world’s CO2 emissions. To stop global warming, oil and gas companies need to stop dumping carbon into the atmosphere — but that doesn’t mean they have to stop selling their product altogether, says climate scientist Myles Allen. In lieu of a total ban on fossil fuels, which would harm the growth of developing countries (and is frankly unrealistic), Allen proposes a bold plan for fossil fuel companies to progressively decarbonize their product and reach net zero emissions by 2050. Engineers at energy companies have known how to decarbonize fossil fuels for years: collect CO2 as it burns, purify and compress it, and inject it deep into the Earth from which it came, where it can be stored for thousands of years. This process is expensive, so fuel companies haven’t done it yet at scale. But Allen puts forth a progressive decarbonization model in which 10 percent of fuels can be decarbonized by 2030, 50 percent by 2040 and 100 percent by 2050, allowing companies time to build a robust carbon dioxide disposal industry that works for everyone. With the know-how, money and plan to get to net zero emissions, all fossil fuel companies need now is will power.

“Africa and other poor nations deserve to get the balance of what’s remaining in the world’s carbon budget,” says energy researcher Rose M. Mutiso. She speaks at the Countdown Global Launch on October 10, 2020. (Photo courtesy of TED)

Big idea: The world must reach a zero emission future. On the way there, Africa deserves its fair share of the carbon budget to make that transition possible and equitable.

Why? 48 African countries, combined, are responsible for less than one percent of the world’s carbon footprint, says Rose M. Mutiso. Pointing to this stark divide between those with limited energy access and those who have it in abundance, she highlights why Africa’s energy needs must be prioritized when reimagining the global carbon budget. The solution may sound counterintuitive, but to achieve a zero emission future, Africa needs to produce more carbon in the short term in order to develop in the long term — all while wealthier continents drastically cut their own emissions. For climate adaptation to be possible, Mutiso says, the world must recognize the vulnerability of developing countries and grant them the resources needed to build resilient infrastructures.

Big idea: The global shift to 100-percent clean transportation is under way.

How? People around the world are demanding clean air — and cities are responding, says Monica Araya. In her home base of Amsterdam, for instance, the city is rolling out a plan to make all transportation fully emission-free by 2030. The city will ban petrol and diesel vehicles, starting with public buses and working up to all kinds of traffic, from taxis, trucks and ferries to personal cars and motorcycles. Other cities across the globe are following suit by electrifying transportation options and championing sustainable forms of travel. There is (and will be) resistance to change, Araya notes — our addiction to fossil fuels runs deep. So we need clever combinations of finance and policy. Whether we can create healthy cities, while meeting our transportation needs, all depends on the choices we make this decade. “The end of the internal combustion engine is within sight,” Araya says. “The question is no longer whether this will happen, but when.”

Big idea: It’s been almost 15 years since Al Gore sounded the alarm on climate change with An Inconvenient Truth. Today, with the Climate Reality Project, he’s helping mold future leaders to build the movement for climate survival and social justice from the ground up.

How? Gore introduces us to four of the graduates of the Climate Reality Project, who each confront climate change on their own terms and on their own doorsteps: Ximena Loría, founder of Misión 2 Grados, an NGO influencing public policy in Central America; Nana Firman, “daughter of the rainforest” and advocate for climate justice among Indigenous peoples; Gloria Kasang Bulus, a Nigerian activist for women and education; and Tim Guinee, a first responder and climate change fighter in upstate New York. Together, they’re gathering local actors into a global, grass-roots movement that aims to turn the climate fight around. “The global pandemic, structural and institutional racism with its horrific violence, the worsening impacts of the climate crisis: all of these have accelerated the emergence of a new and widespread collective understanding of our connection to the natural world, the consequences of ignoring science and our sacred obligation to build a just society for all,” Gore says.

Photographer Stephen Wilkes distills time in a single image by capturing the transformation of a landscape over the course of a single day. He presents his work at the Countdown Global Launch on October 10, 2020. (Photo courtesy of TED)

Big idea: When we look at a landscape in the wild, we see only a moment in time. Photographer Stephen Wikes seeks to grasp the complex choreography of the natural world as it transitions from day to night — and to more deeply feel the impacts the human race is having on Earth’s ecosystems.

How? Using a special technique that captures the passage of time from day to night in a single image, Stephen Wilkes is able to photograph vanishing habitats and species in astonishing detail. These narrative images reveal how Earth changes over time, in all its beautiful complexity, and drive home the impacts of climate change with unprecedented force — from the threat of melting ice to the Arctic food chain to the disruption of flamingo migrations in Africa. “Our planet is changing before our eyes, but to witness that change is also to witness the remarkable relationships between all of nature — to see the infinite beauty of it, to learn how much bigger than us it is, and why it is worth fighting for,” Wilkes says.

Raye Zaragoza sings “Fight For You,” a song dedicated to everyone who stands up for the Earth, at the Countdown Global Launch on October 10, 2020. (Photo courtesy of TED)

With an acoustic guitar on her knee, folk songwriter Raye Zaragoza sings her original song “Fight For You,” dedicated to everyone who stands up for the Earth. Later in the session, musician and actor Yemi Alade returns to sing “Africa,” a celebration song for a continent already experiencing the harmful effects of climate change.