There’s a theory that the shock we’re currently experiencing is intense enough to force a radical reset of our values — of how we are and how we act. In an idea-packed session 2 of TED2020, speakers from across disciplines and walks of life looked to this aspiration of a “values reset,” sharing new thinking on topics ranging from corporate responsibility down to our individual responsibilities and the things each of us can right now. Below, a recap of the night’s inspiring talks and performances. 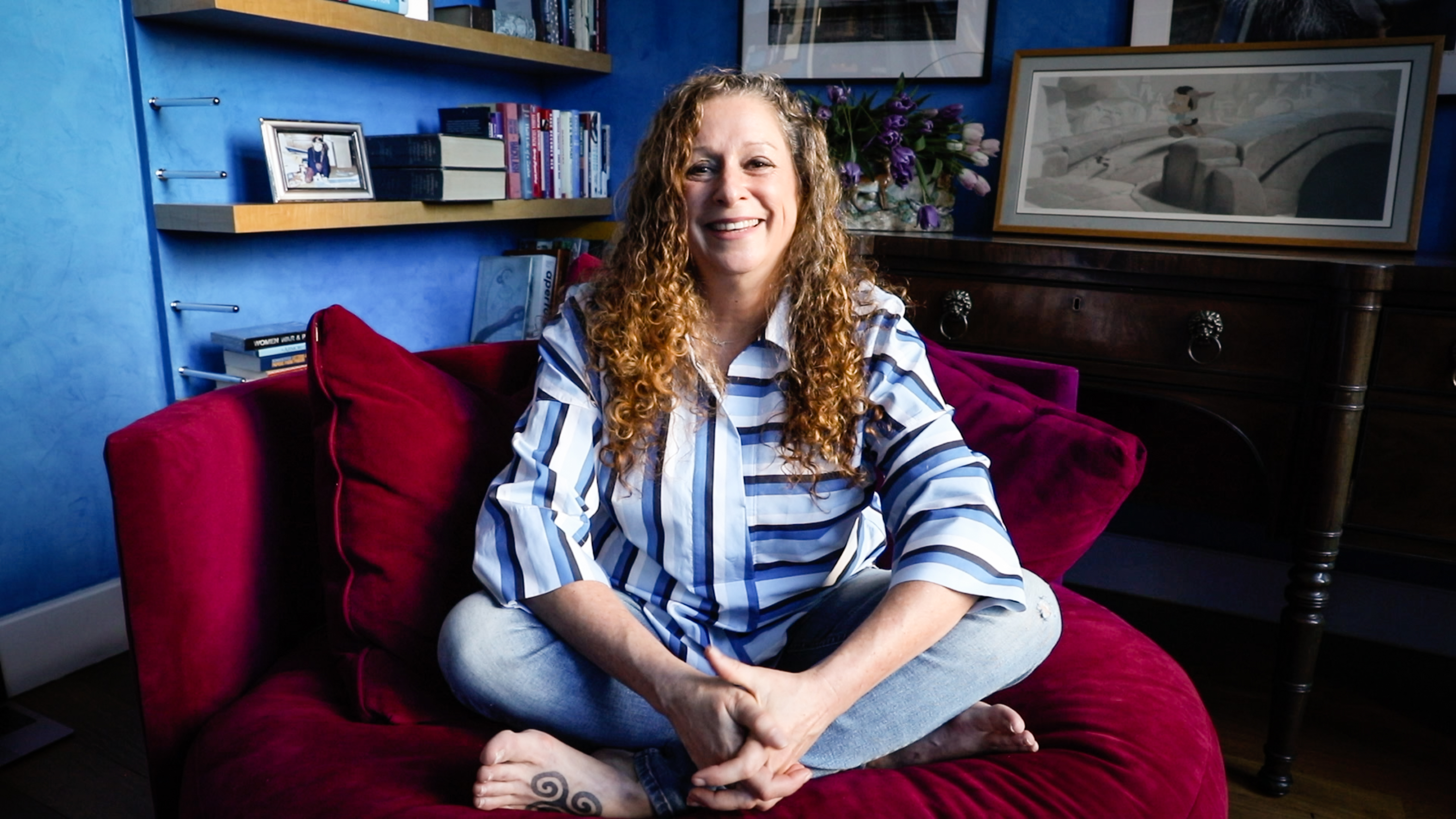 “Nobody works in a vacuum. The men and women who run companies actively cocreate the reality we all have to share. And just like with global warming, we are each of us responsible for the collective consequences of our individual decisions and actions,” says filmmaker and activist Abigail Disney. She speaks at TED2020: Uncharted on May 28, 2020. (Photo courtesy of TED)

Big idea: Respect, dignity and a guaranteed livable wage are the right of all workers, not the privilege of a select few.

How? As CEO of the Disney Company, Roy Disney believed he had a moral obligation to every person who worked at the company. Though her grandfather wasn’t perfect, Abigail Disney says he believed that workers were worthy of immense respect — and he put that belief into practice by creating jobs with fair wages and benefits. In honor of her grandfather’s legacy, Disney advocates for income equality for all workers — and calls out the company that bears her name, asking them to do better for their workers. Our conscience and empathy should drive us, she says, not profits or economic growth. Disney believes we need a system-wide shift, one that recognizes that all workers deserve the wages, protections and benefits that would enable them to live full, secure and dignified lives.

Quote of the talk: “Nobody works in a vacuum. The men and women who run companies actively cocreate the reality we all have to share. And just like with global warming, we are each of us responsible for the collective consequences of our individual decisions and actions.” 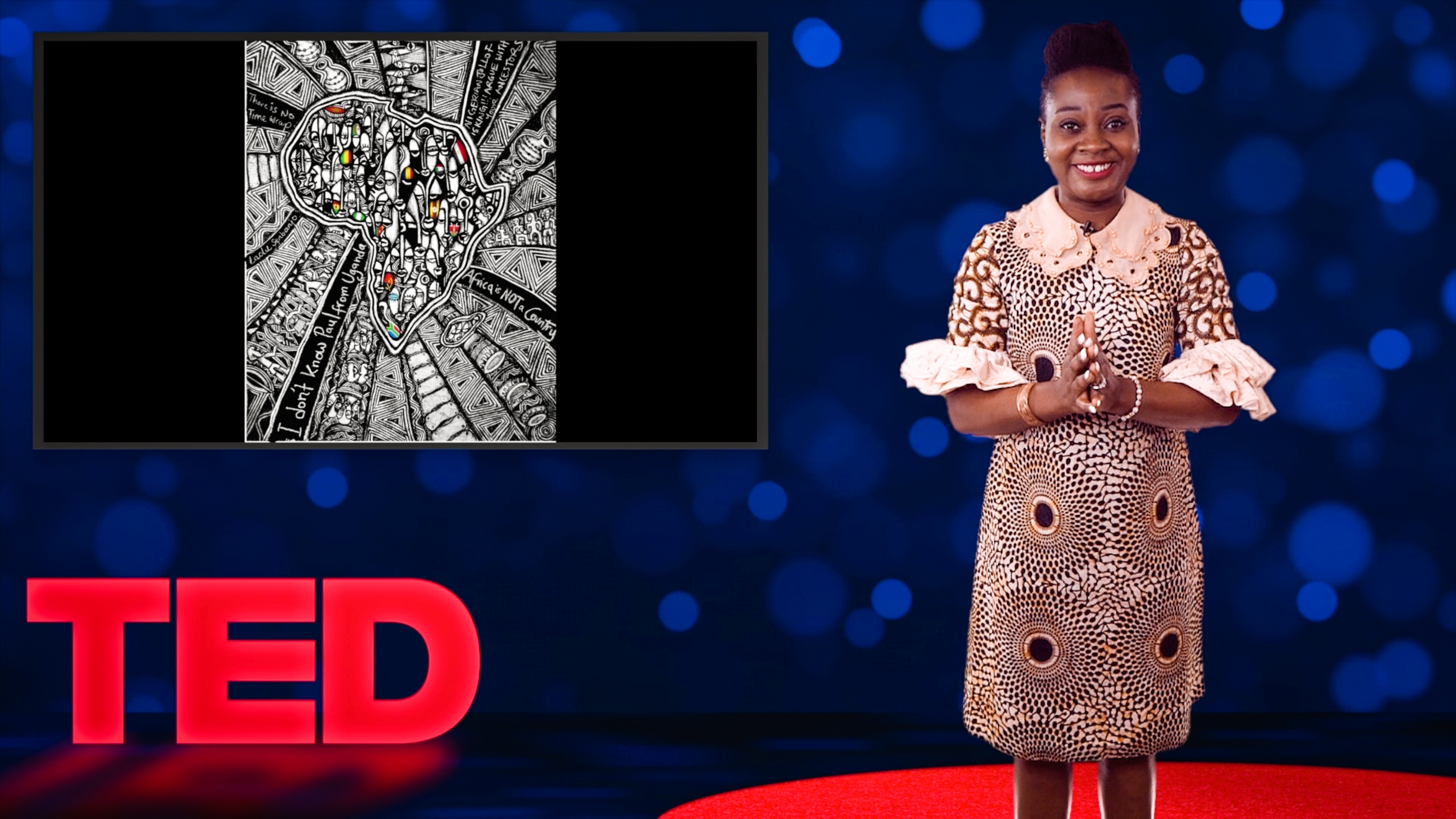 Backed by brilliant illustrations from Laolu Senbanjo, journalist and satirist Adeola Fayehun shares her work exposing corruption in Africa with sharp, incisive humor. She speaks at TED2020: Uncharted on May 28, 2020. (Photo courtesy of TED)

Big idea: Africa is overflowing with all the natural resources, intellectual skill and talent it needs. To flourish, its people need to hold corrupt leaders accountable.

Why? On her show Keeping It Real With Adeola, Adeola Fayehun exposes corruption in Africa with sharp, incisive humor. She urges those outside Africa to stop seeing the continent through the lens of their biases, and encourages us all to call out false policies and shatter stereotypes. “Please listen more,” she says. “Listen to your African friends without a preconceived notion of what you think they’re going to say. Read African books, watch African movies, visit Africa or, at the very least, learn some of the names of our 54 beautiful countries.”

Quote of the talk: “Africa is like a sleeping giant. The truth is I am trying to wake up this giant. That’s why I air the dirty laundry of those in charge of the giant.” 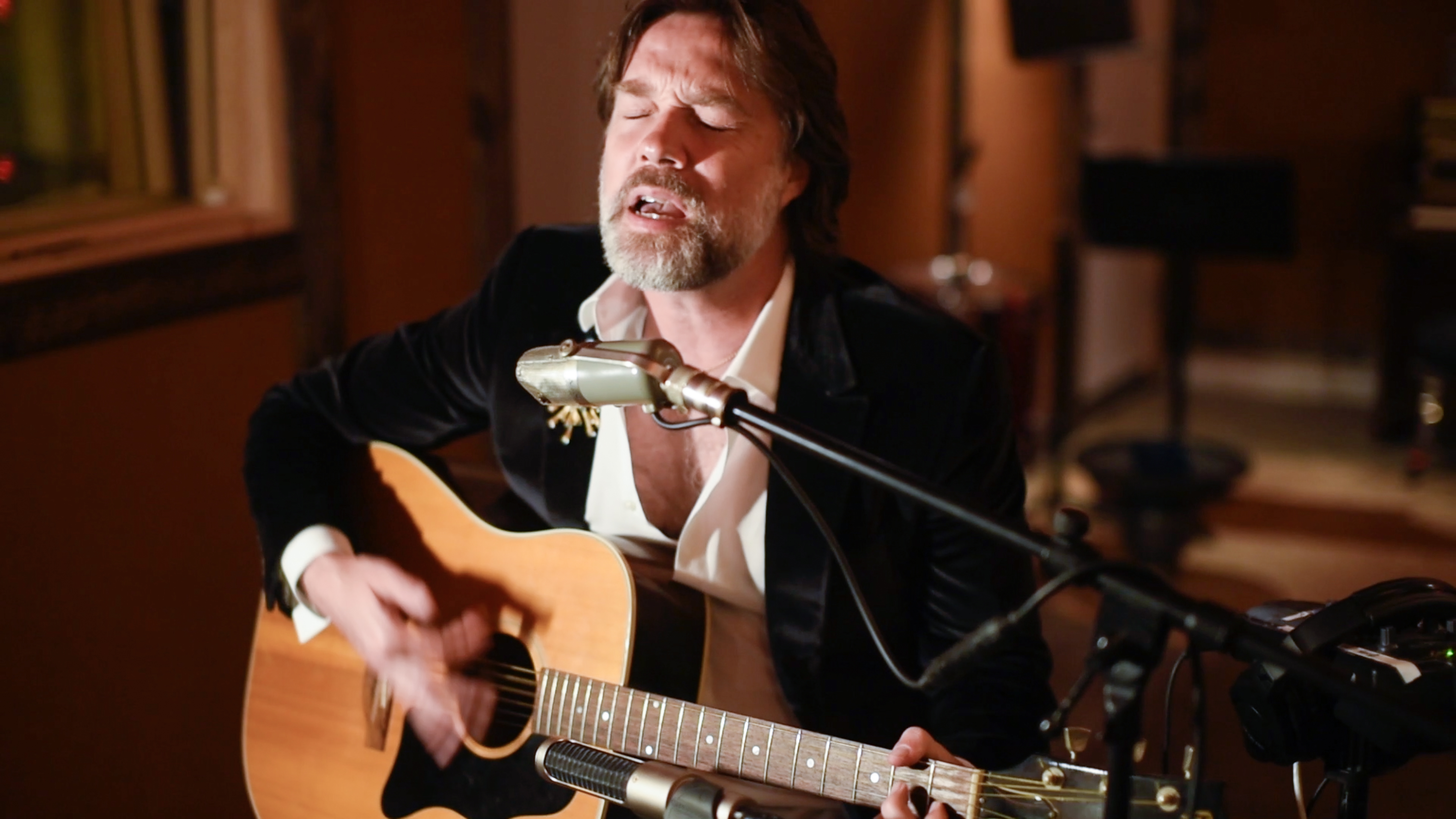 Rufus Wainwright performs “Peaceful Afternoon” and “Going To A Town” at TED2020: Uncharted on May 28, 2020. (Photo courtesy of TED)

From his home in Los Angeles, songwriter Rufus Wainwright shares intimate versions of his songs “Peaceful Afternoon” and “Going To A Town.” Gorgeous slow pans are courtesy of Jörn Weisbrodt, Wainwright’s husband and videographer for the performances. 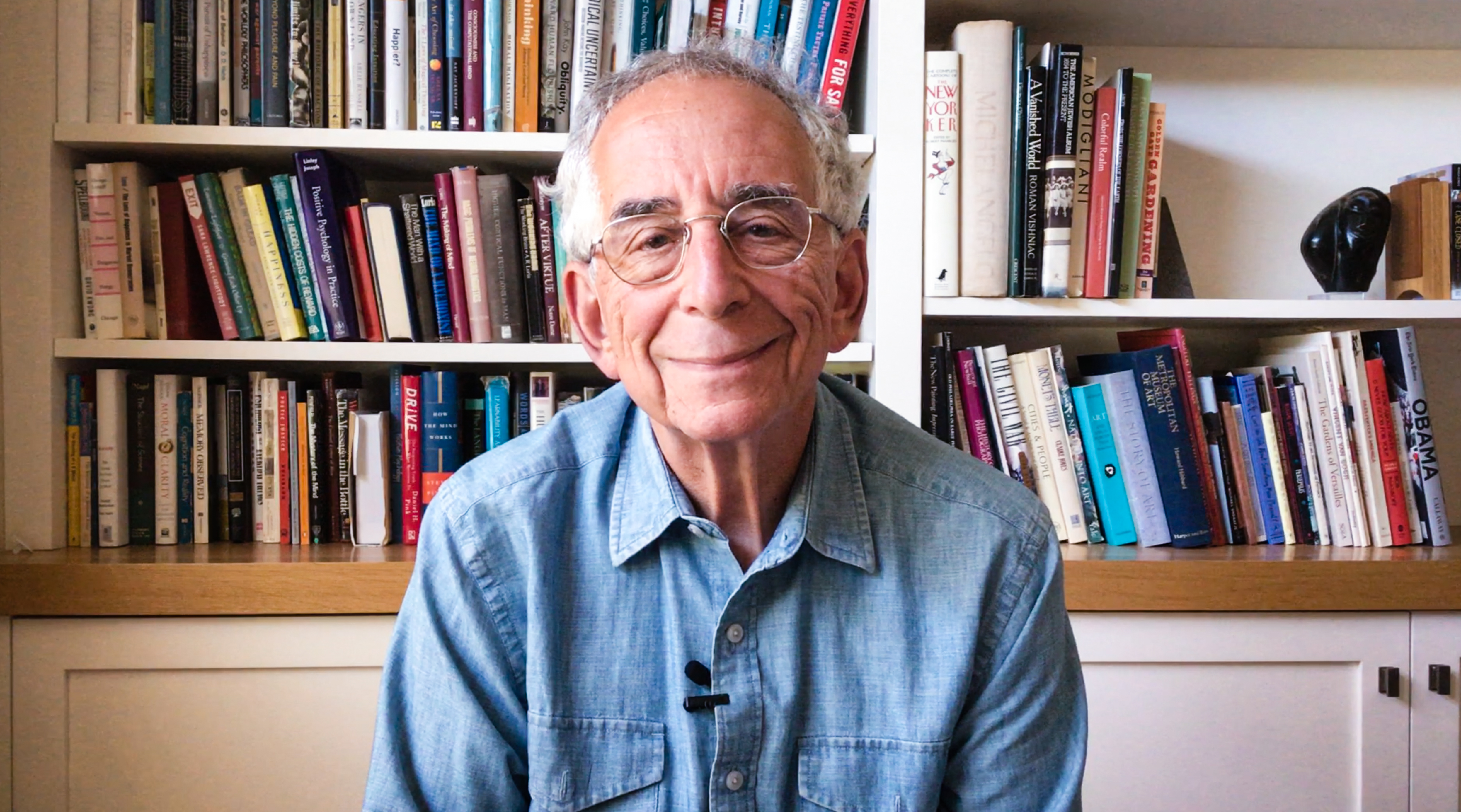 Big idea: Our society is predicated on the idea that the distribution of opportunity is fair — but, in reality, working hard and playing by the rules is no guarantee of success. Good fortune and luck have far more to do with our opportunities (and therefore our future success) than we’re willing to admit.

How? Just look at the ultra-competitive landscape of college admissions, where a dearth of slots for qualified and capable students has created an epidemic of anxiety and depression among teenage university applicants long before they even make it to the job market. Schwartz suggests that the belief that working hard automatically leads to success blinds us to a core injustice: many of us simply will not get what we want. If our educational institutions — and our nation’s employers — were to emphasize this injustice by picking their students and employees randomly from a pool of those most likely to succeed, we might be forced to recognize the role that fortune plays in our lives. 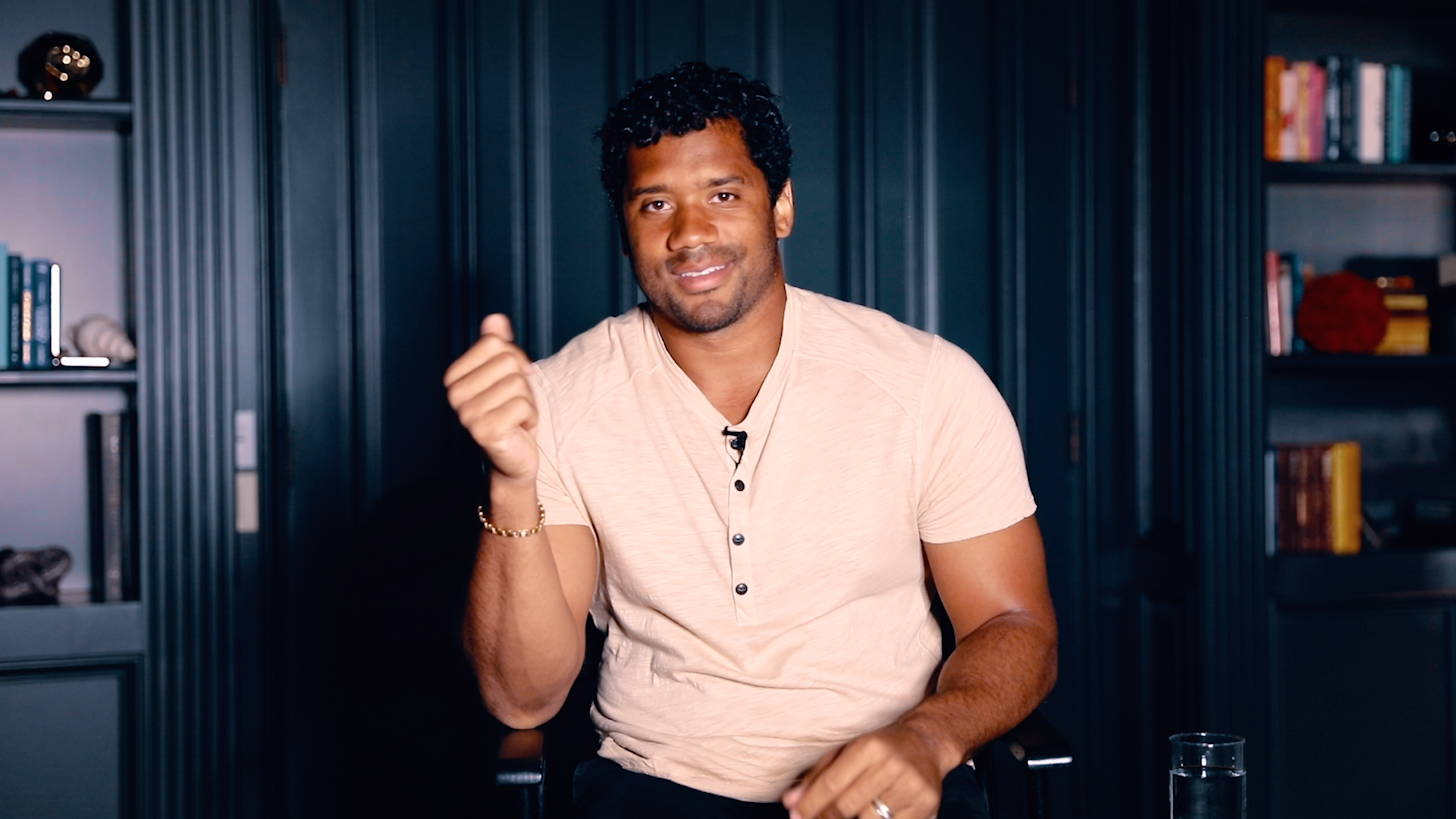 “I have a choice, right now, in the midst of the storm, to decide to overcome,” says Seattle Seahawks quarterback Russell Wilson. He speaks at TED2020: Uncharted on May 28, 2020. (Photo courtesy of TED)

How? Athletes train their bodies to run faster, jump higher, achieve more — so why don’t they train their minds, too? For the past 10 years, Wilson has been doing just that with the assistance of mental conditioning coach Trevor Moawad. By harnessing the technique of “neutral thinking” — a strategy that emphasizes judgment-free acceptance of the present moment — Wilson has been able to maintain focus in high-pressure situations. Positivity can be dangerous and distracting, Wilson says, and negativity is sure to bring you down — but by honing a neutral mental game and executing in the present moment, you set yourself up to succeed.

Quote of the talk: “I have a choice, right now, in the midst of the storm, to decide to overcome.”