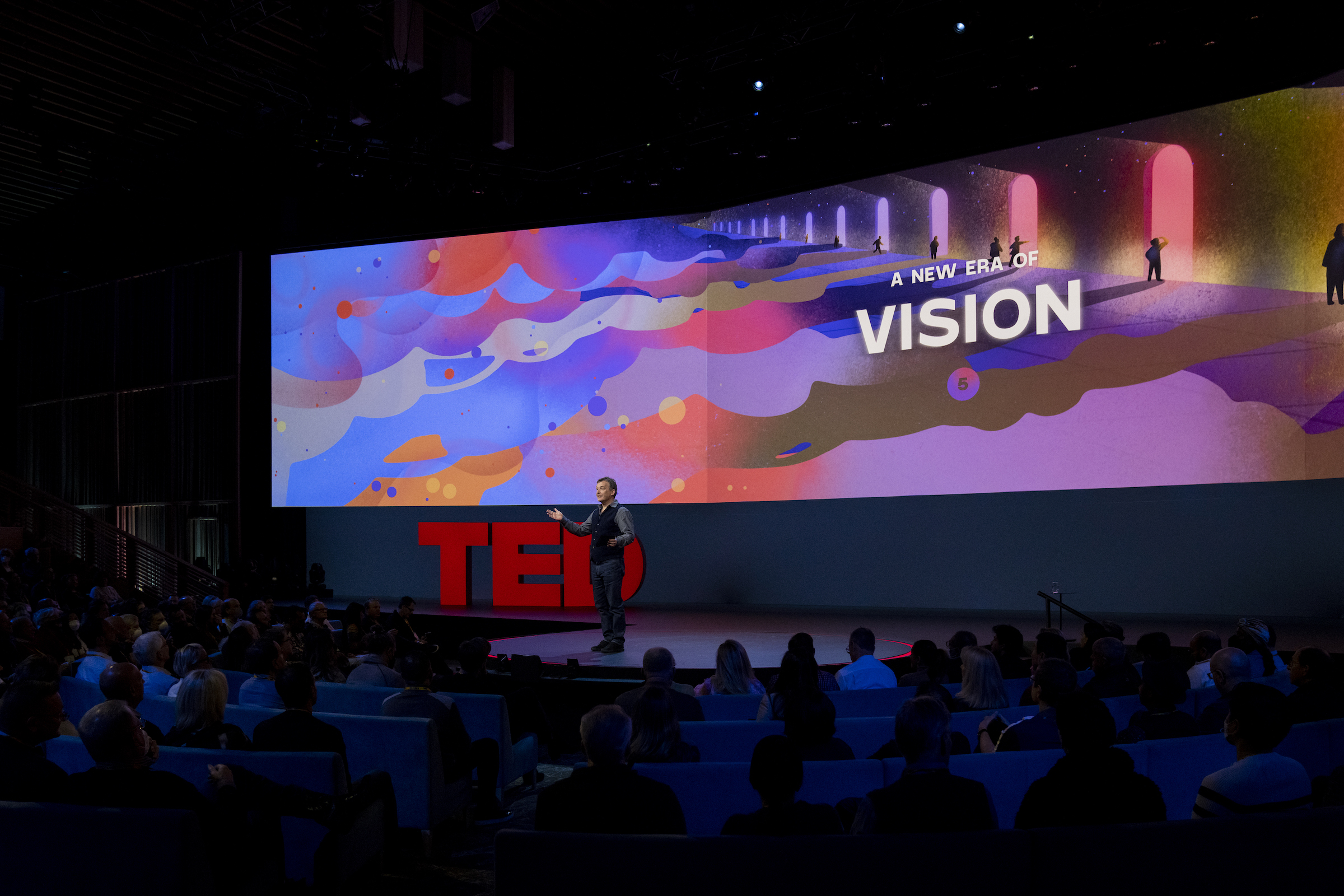 In a classically wide-ranging Session 5 of TED2022, six speakers shared their vision for the future — from building the world’s most powerful telescope to the next generation of the creator economy to finding ways to bridge divides and create peace through unlikely collaborations. 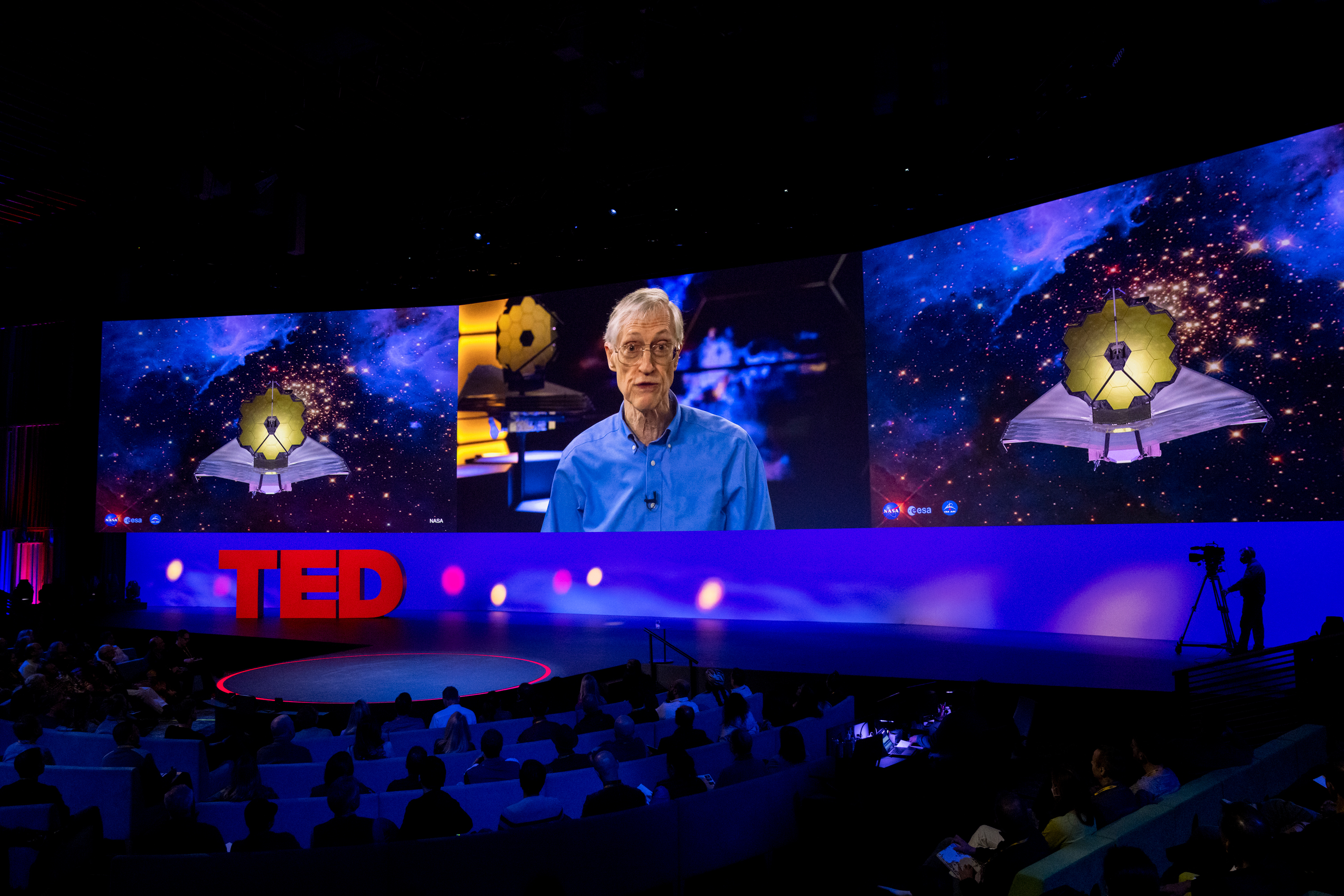 Big idea: The James Webb Space Telescope will reveal the secrets of the universe and help to answer the question: “Are we alone?”

How? Launched on Christmas morning 2021, the James Webb Space Telescope (JWST) is the most powerful telescope ever built. Situated at a specific point in space about a million miles from Earth and featuring a hexagonal, 21-foot, gold-coated mirror that’s protected by a five-layer metalized plastic sunshade the size of a tennis court, JWST will allow scientists to see the universe in unprecedented detail. The telescope is so sensitive that it could see a bumblebee across the distance of the Earth to the moon. It’s intended to operate for 20 years, during which time it will study places in our solar system, like Europa and Titan, that we think might harbor life, as well as Earth-like exoplanets further out in the universe. “Astronomers travel with the speed of light and with the speed of imagination,” Mather says. 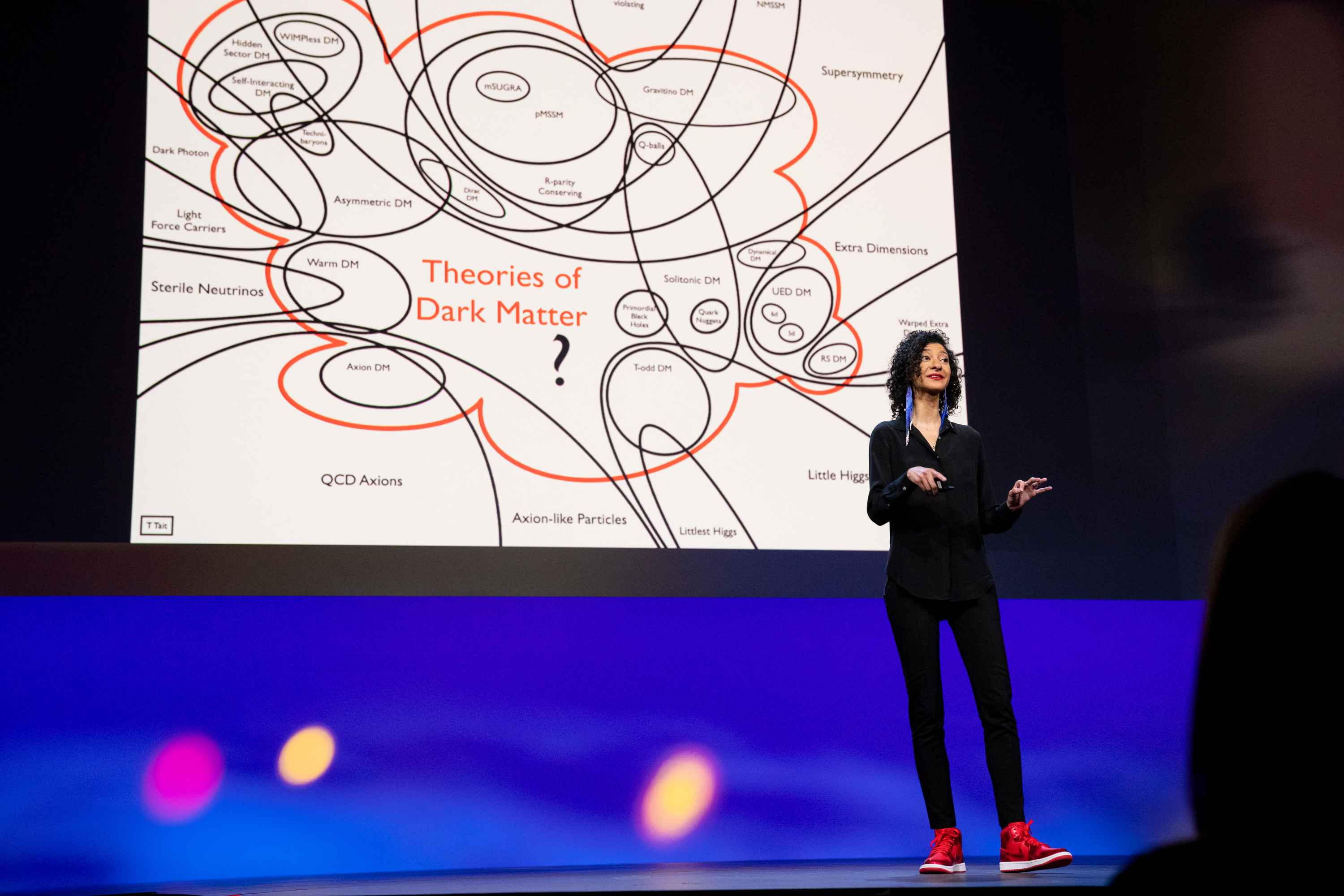 Big idea: The cosmos that we know, with its luminous stars and orbiting planets, largely consists of elements that we can’t actually see and therefore don’t fully understand — like dark matter. With the help of a new generation of telescopes and the enduring curiosity of the world’s most brilliant space scientists, we could be on the brink of demystifying our universe in unprecedented ways.

How? “The universe is more queer and fantastical than it looks to the naked eye,” says theoretical cosmologist Chanda Prescod-Weinstein, who invites us into the fantastical world of dark matter. She and her team are using mathematical models, computer simulations and planned observations to test hypotheses about this colorless particle that makes up 80 percent of normally gravitating matter in the universe — a particle whose name isn’t the only counterintuitive thing about it. While dark matter presents questions that stretch the boundaries of modern astrophysics, Prescod-Weinstein notes that highly sophisticated telescopes and facilities like those at the Vera C. Rubin Observatory in Chile are supporting an exciting frontier of exploration that will help us gain clarity on its mysterious nature. Describing what could be the ultimate tag team of discovery, she explains that while these telescopes help to provide a high-level overview of dark matter, she and others are working to determine which minuscule particles — like axions — give it substance. From her perspective, this dedicated research could have far-reaching implications not just for science but for us as cosmic beings, too. “I expect the universe to force us to reevaluate what we thought we knew,” she says. “When we honor the land and sky as our galactic relations and their indigenous stewards, it becomes possible for us to imagine new ways of being good in relations with each other.” 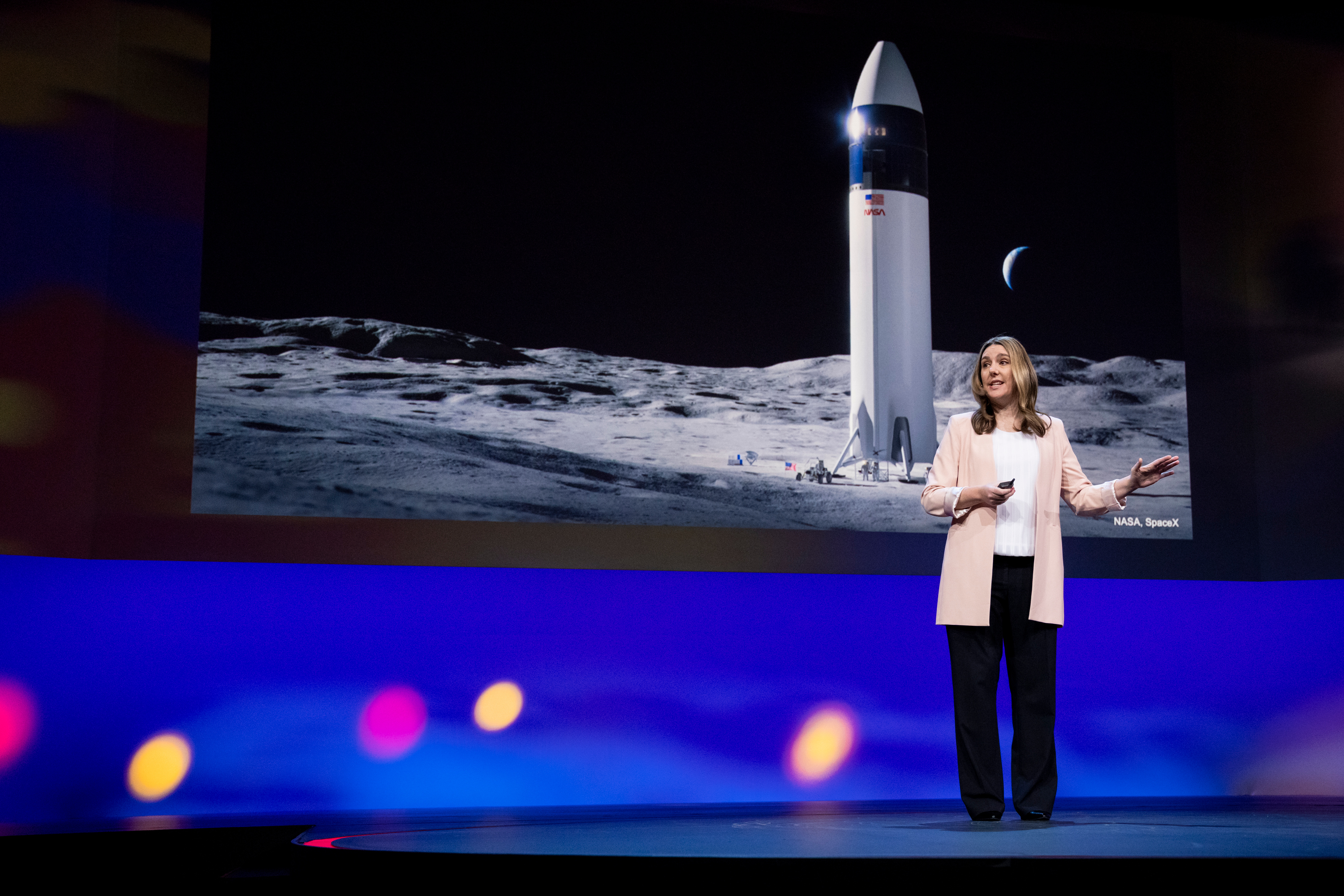 Big idea: We’re about to explore space in a bold new way.

How? For the first time ever, humans will explore space using a super-sized spacecraft. The Starship vehicle, developed by SpaceX, promises to shuttle more payload and power than any previous spacecraft — and it’s reusable. Historically, rockets are one-and-done, but with Starship, missions could evolve past the singular boutique and bespoke-style specialty expeditions to mass-produced, large-scale operations thanks to SpaceX’s non-traditional approach to rocketry. Heldmann highlights real-life examples that Starship would be perfect for, such as investigating galactic ocean worlds for signs of life and seeding large telescopes through the cosmos to collect crucial data to answer deep, scientific questions. In the long walk of human history, we are on the cusp of matching our technological capability with our scientific know-how as it applies to building a future away from our home planet. Heldmann outlines how this could become a reality on Mars, but says the opportunities Starship affords is more than that: it has the potential to usher in a moment where we’ll answer life’s biggest questions across the solar system. 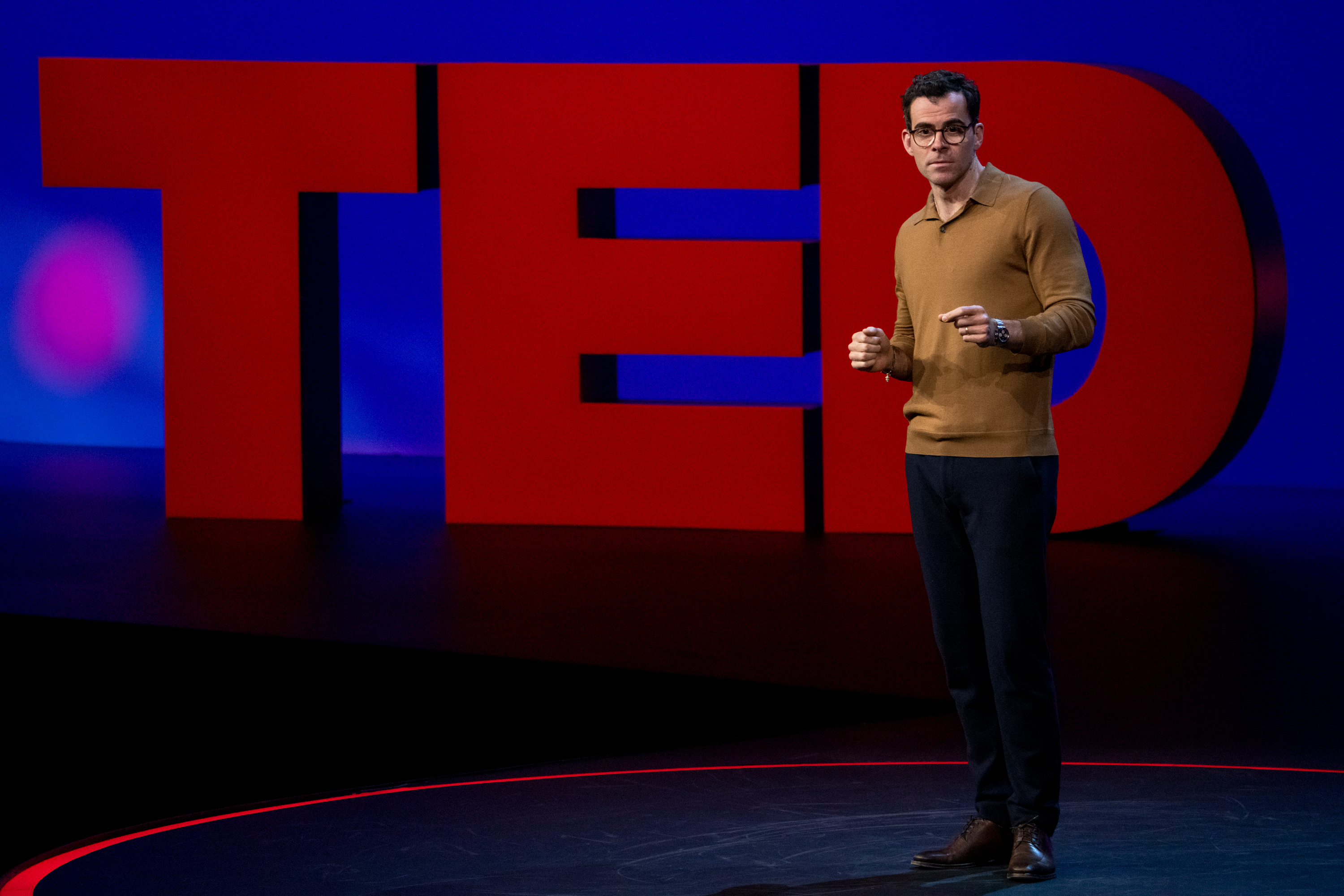 Big idea: The next decade will see a dramatic shift in power online, away from large tech platforms and towards creators.

How? Adam Mosseri expects that web3 — a new iteration of the internet built on blockchain and encompassing ideas such as cryptocurrency, NFTs, smart contracts, DAOs and more — will empower creators over the platforms that host their content. Currently, creators can use platforms like Instagram, YouTube, Patreon, Substack and many more to host content and get paid, but they’re still beholden to the whims of each individual platform. With blockchain-enabled technologies, creators could fully own their relationship with their fans: just as people invest in startups, so too could fans “buy a share” of their favorite creators through terms codified in a smart contract, removing the need for a platform as the intermediary. This would help creators build a community of people directly invested in their long-term success, Mosseri says, shifting power away from the internet’s gatekeepers and towards the people themselves. No single company can build this model alone: it’ll take people across the tech industry, alongside the experimentation of pioneering creators, to get to scale. But if it happens, Mosseri says, “We will have helped to realize the great promise of the internet.” 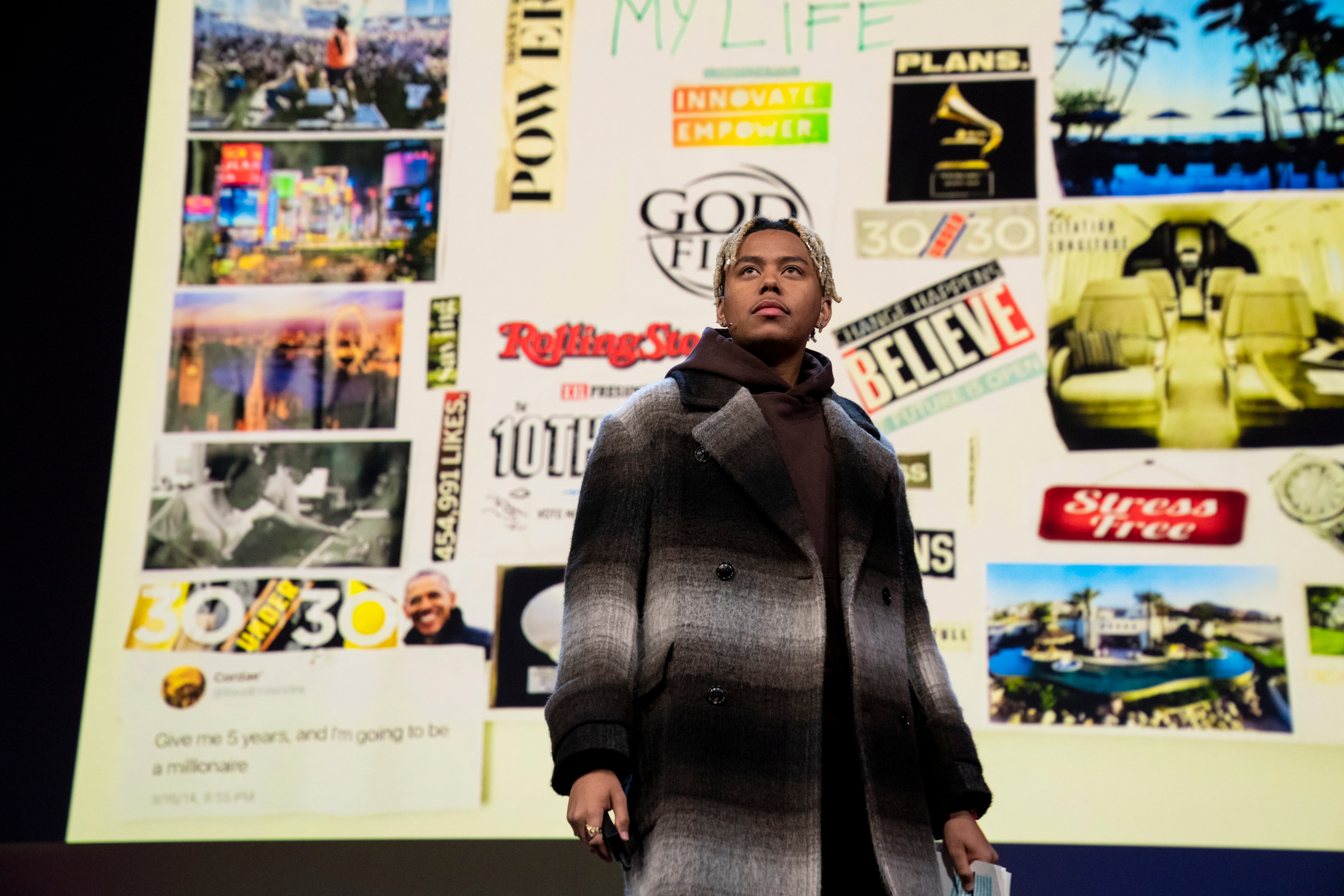 Big idea: A “hi-level mindset” helps you pursue positive thinking and channel it into your desires with disciplined action.

How? “These misfortunes are just gonna make my triumph story a lot cooler.” That powerful thought set Cordae on the path to developing what he calls a “hi-level mindset.” Well, that and the original creator, his mom. How you handle trying times is what defines your destiny, he says. From being voted “Most Likely To Be Famous” in high school to a rocky freshman year of college, it took choosing positivity to get through the highs and lows of dropping mixtapes that didn’t immediately match his expectations of blowing up. Two Grammy nominations later, he’ll tell you that making the most out of your life takes intention and action. You can’t be hi-level if you don’t know what you want, he says. Whether it’s making a vision board or just writing down your goals, Cordae believes that it comes down to is discipline and removing negativity. So buckle down, he says, and get rid of the negativity in your life. “We only have one life to live, 110 years maximum if you’re a health guru and you have great health insurance,” he says. “How are you gonna maximize your time on this Earth?” 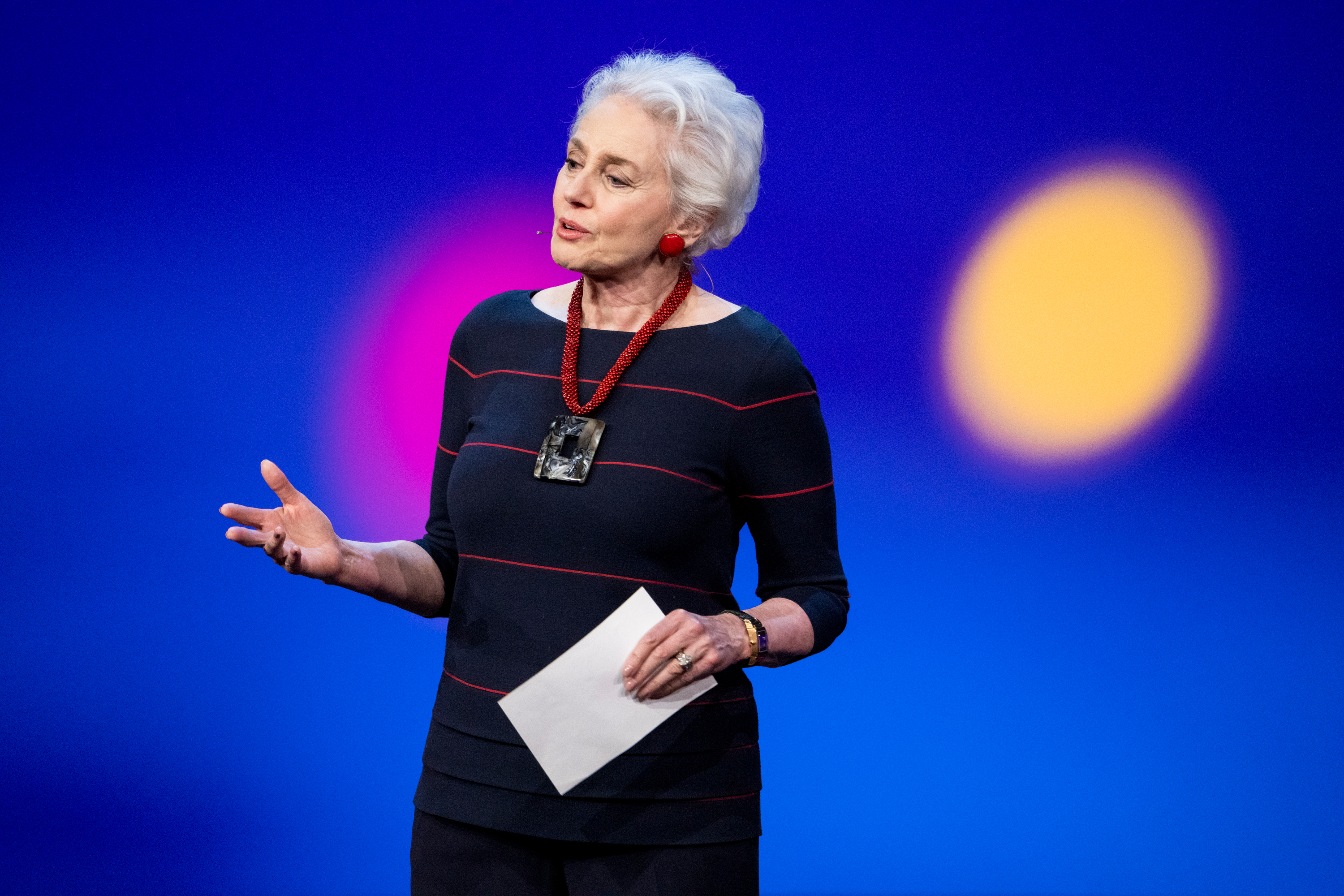 Big Idea: Establishing peace isn’t always easy, but it is possible. When encountering a conflict, look for an entry point, identify a gap and find something doable to fill that gap.

How? As the child of Holocaust survivors and a World War II refugee herself, Georgette Bennett deeply resonated with the suffering of those attempting to survive as their homes and cities were destroyed during the Syrian civil war. Bennett first found an entry point: she mobilized religious communities in the US into the Multifaith Alliance for Syrian Refugees. Then, she identified the gap: people in the southwestern part of Syria desperately needed help, but due to regime blockades, it was nearly impossible for aid organizations to reach them. However, it would be very easy to enter that part of Syria through the Golan Heights in Israel. Now that there was a clear goal, Bennett and a small group of Israeli and Syrian civilians began to meet with world leaders in 2015 to convince them to set up humanitarian aid delivery routes from Israel directly into Syria. Despite the fact that Syria and Israel have been stuck in a perpetual war since 1948, Israel launched Operation Good Neighbor in the fall of 2016, officially opening the border so aid could flow into Syria. This international collaboration helped stabilize the region, delivering more than 120 million dollars in aid, including medical equipment, medicine, food and clothing. They even built an industrial bakery! Bennett’s three-step formula has worked for her in other contexts, too, like in 1971 when she worked with the New York Police Department to establish the first sex crimes unit in the country. Finding the path to peace is rarely easy, but it’s always necessary, she says. 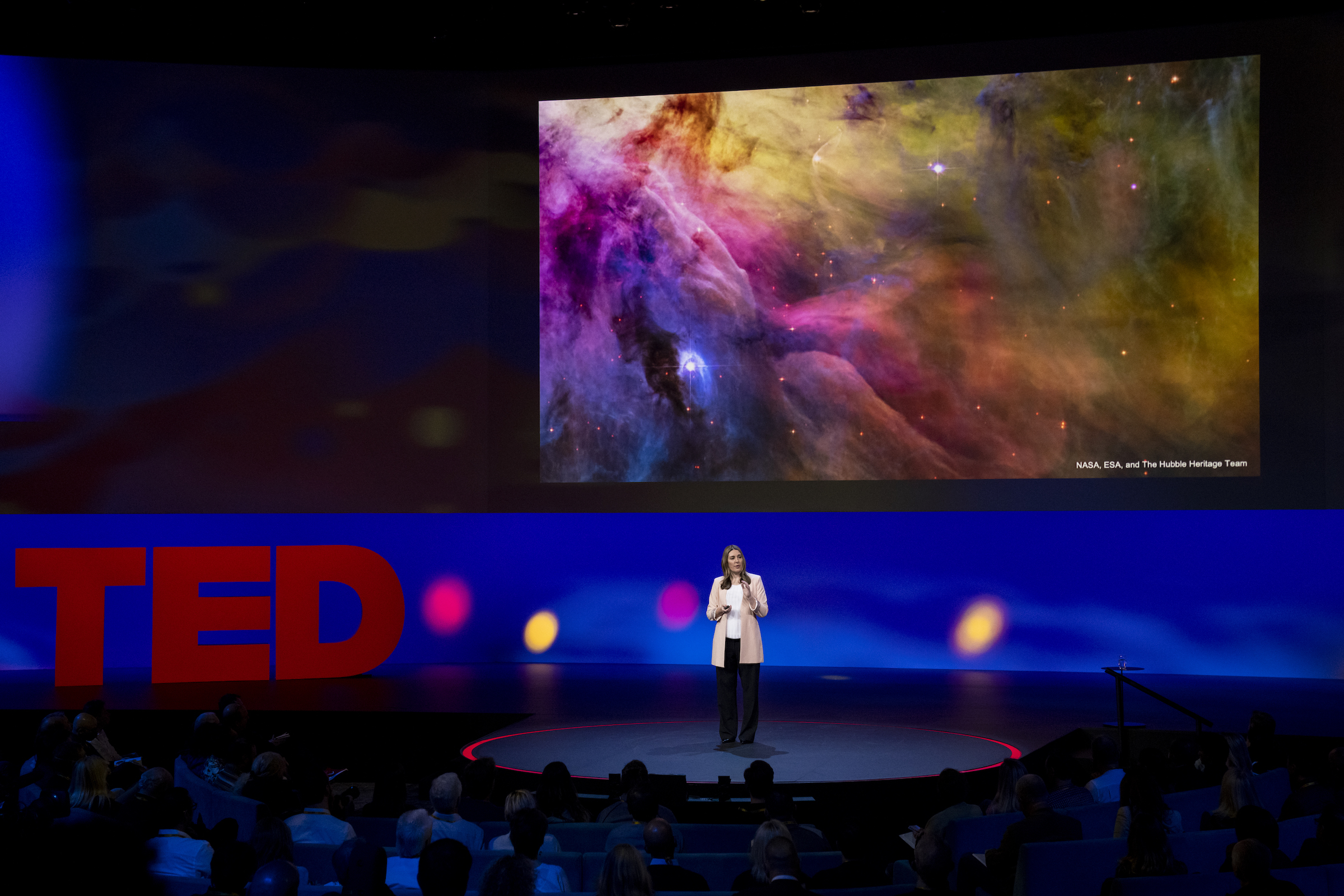