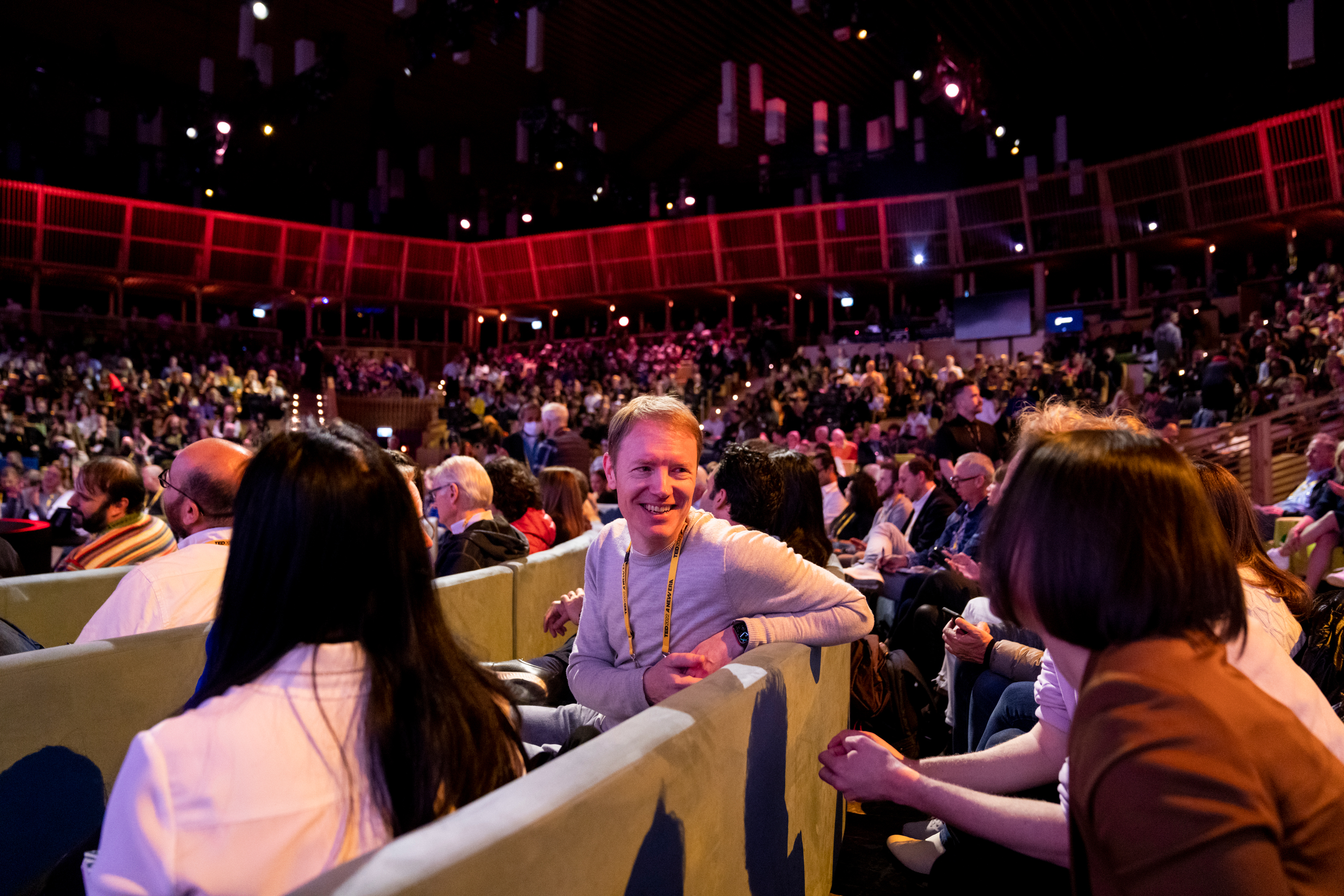 The feeling of wellbeing has been in short supply the last couple years. In Session 6 of TED2022, we took a crack at restocking that supply — featuring a return of Bill Gates to the TED stage (talking about how to make COVID the last pandemic), a compelling case for the four-day work week and much more. 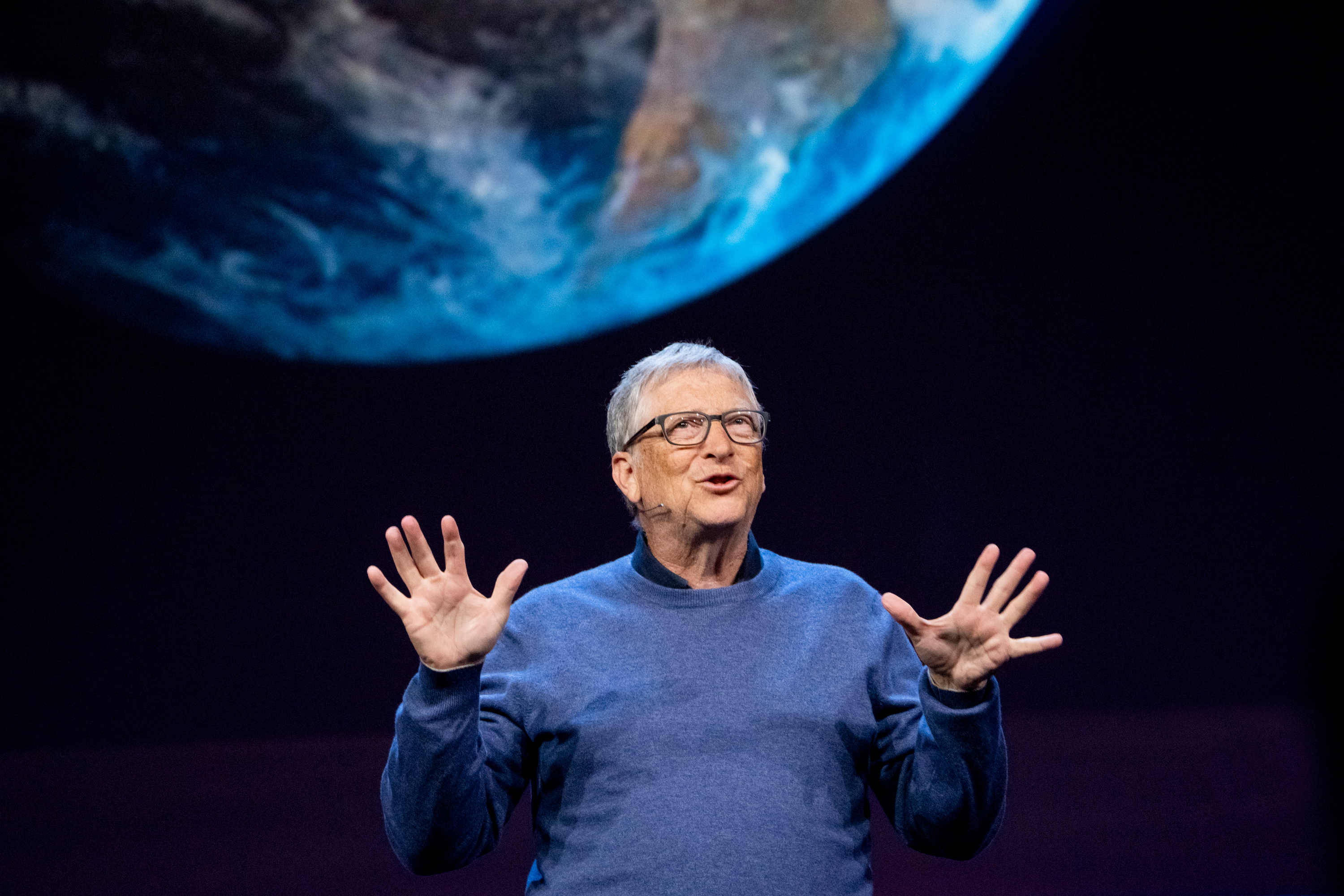 Big idea: We can make COVID-19 the last pandemic.

How? COVID has killed millions, upended economies and increased inequity. Now we must seize the opportunity to learn from it and ensure everyone has a chance to live a healthy and productive life. Taking lessons from ancient Rome, where a devastating fire led Emperor Augustus to create a permanent firefighting organization, Gates thinks we need to invest in and practice pandemic prevention through the creation of a global fast-response pandemic-fighting outfit could get to the epicenter of newly detected pandemics in a matter of days, not months, with the right tools and resources. He calls it the GERM team (GERM = Global Epidemic Response & Mobilization): a full-time group made up of specialists in epidemiology, data science, logistics and more whose mission is to stop outbreaks before they become pandemics. Like firefighters, the GERM team would constantly drill to make sure they could respond quickly and work to improve local health systems in the absence of burgeoning outbreaks and new pathogens. Their goal would be to stop an outbreak within 100 days — a goal which, had it been achieved with COVID, would have stopped 98 percent of the death associated with the disease. In addition to GERM, better diagnostics, infection-blocking tools and easier-to-distribute vaccines will be key to stopping the next pandemic. Finally, and most expensive, we need to invest in improved health systems. The cost to prevent the next pandemic will be tens of billions of dollars, a massive sum but far less than the estimated 14 trillion dollar cost of COVID. “We need to spend billions in order to save trillions,” Gates says. 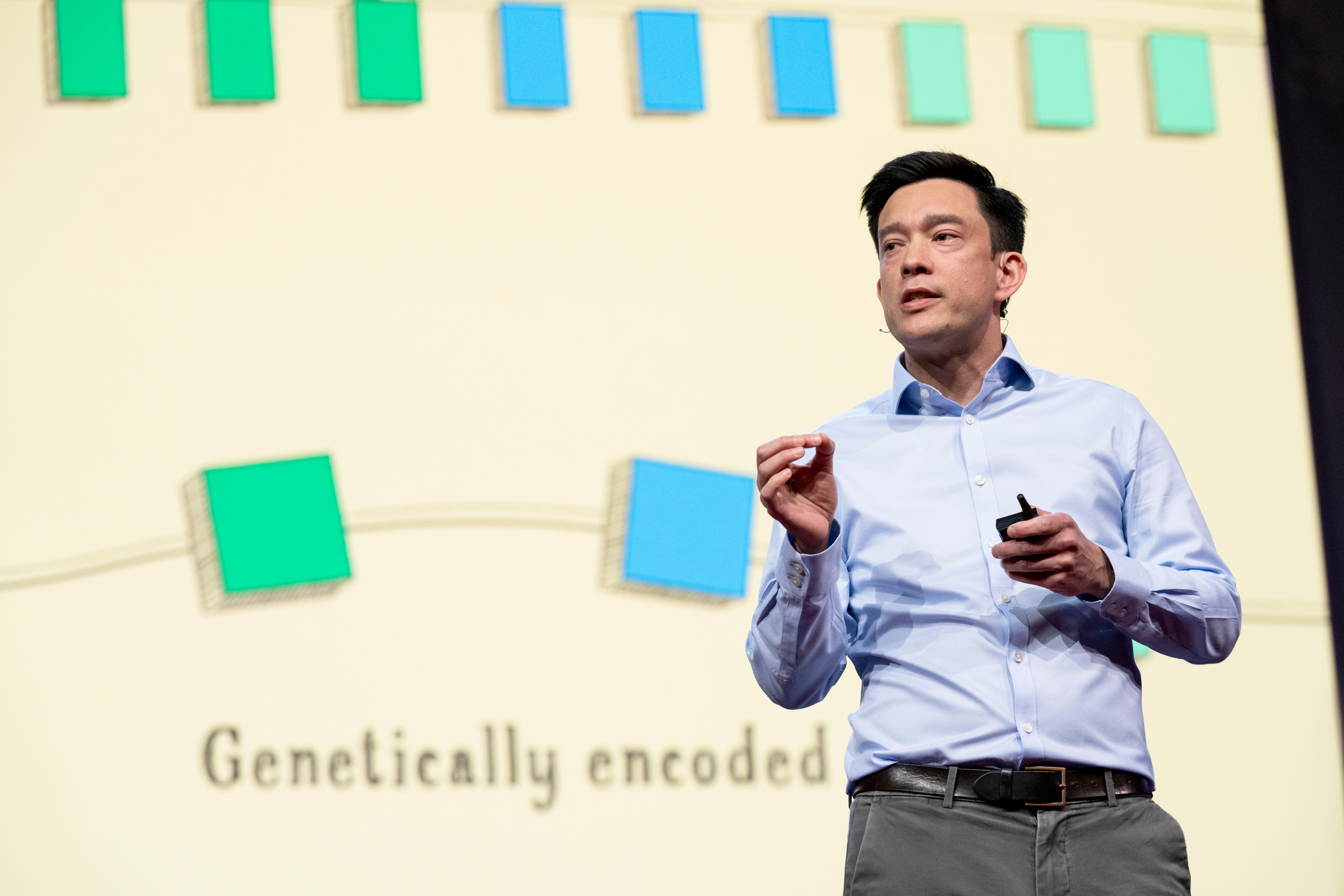 Big Idea:  Making a virus-resistant organism by reprogramming the genetic code is not just about stopping the spread of disease — it’s about making a sustainable, circular bio-economy based on nature.

How? The universal DNA code used to make proteins in all life forms and viruses is something we can exploit in multiple applications: from virus-resistant crops to improved drugs to cleaner manufacturing. Jason Chin began with the question, “Does all life need multiple synonymous codons to encode a single amino acid?” and completely replaced and compressed the genetic code of an E.Coli cell, creating the largest synthetic genome ever made. The resulting live cell no longer had the code or machinery that would allow a virus to read its code or depend on it for its own replication, showing that rewriting genetic code could be a route to creating broadly virus-resistant life. Further, by adding synthetic DNA deleted from the genome back into the cell alongside new, engineered translational machinery that reads it, Chin can program cells to make new molecules, or polymers, used to make plastics, materials and drugs including antibiotics, anti-tumor agents. These polymers could enable low-energy, renewable processes — a favorable alternative to plastics derived from crude oil. By reprogramming the universal genetic code, Chin seeks to unlock pathway to closed-loop, low-energy, cellular manufacturing processes. “By taking inspiration from nature and building on the powerful paradigms nature has created, we have the opportunity to build the sustainable industries of the future,” he says. 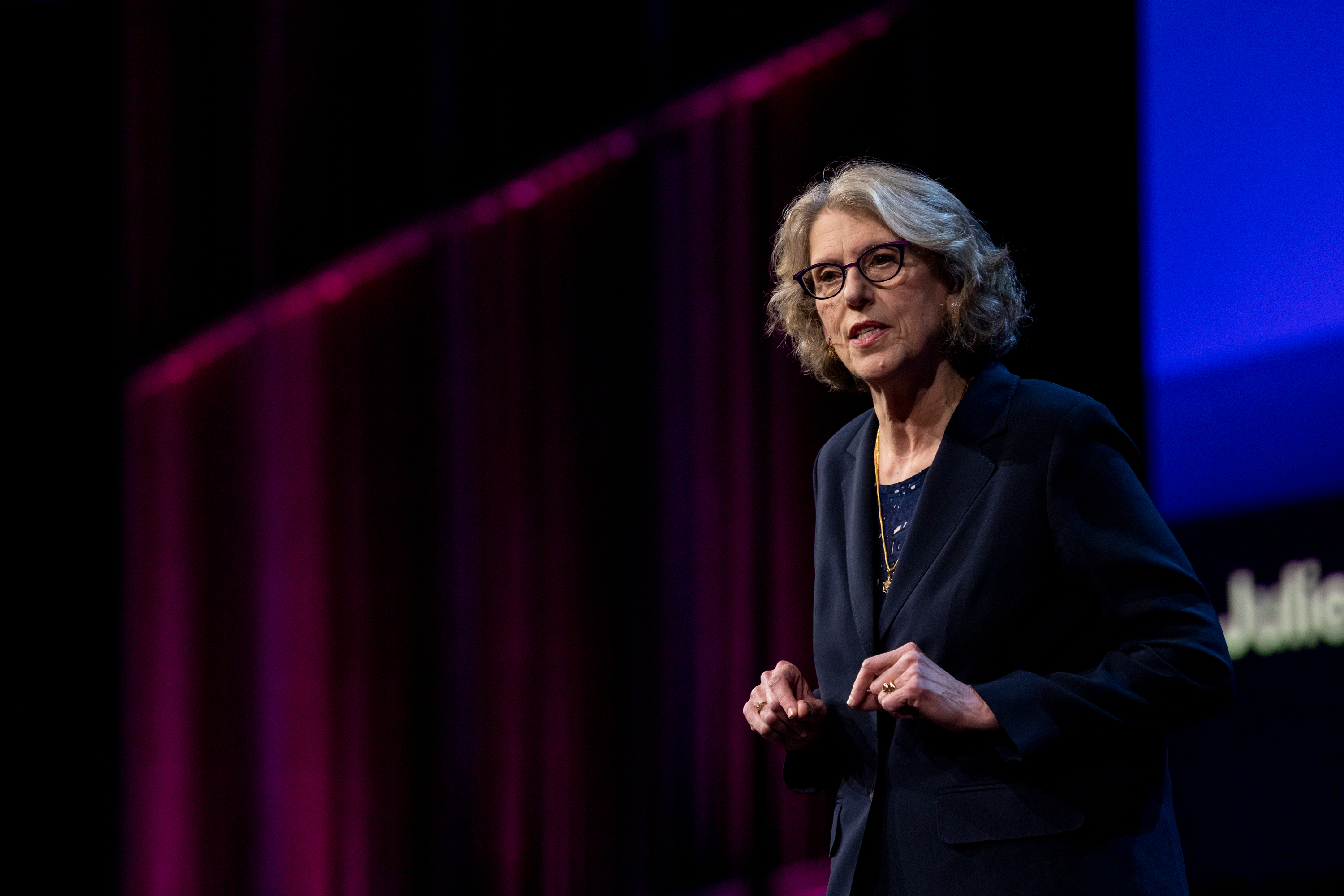 Big idea: A four-day week sounds great. But is it realistic?

The answer: Actually, yes — and it not only benefits workers but also companies and society writ large, says Juliet Schor, who’s been studying work since the 1980s. For almost a decade, companies and governments have been experimenting by offering shorter work hours without pay cuts. The result? Employees are less stressed, value their jobs more, have better lives outside of work — and get as much done in four days than they did in five. As for companies, Schor shares evidence that they’re benefiting from lower turnover, higher-quality applicants and savings on health care. What’s more, shorter work hours reduces carbon emissions: if people are commuting to and spending less time at the office, everybody’s carbon footprint goes down. Schor admits that it’s not feasible for everyone to take advantage of a compressed four-day work week — namely public school teachers and frontline health care workers. But pandemic-driven anxiety and burnout call for brave new experimentation in how we work and live. 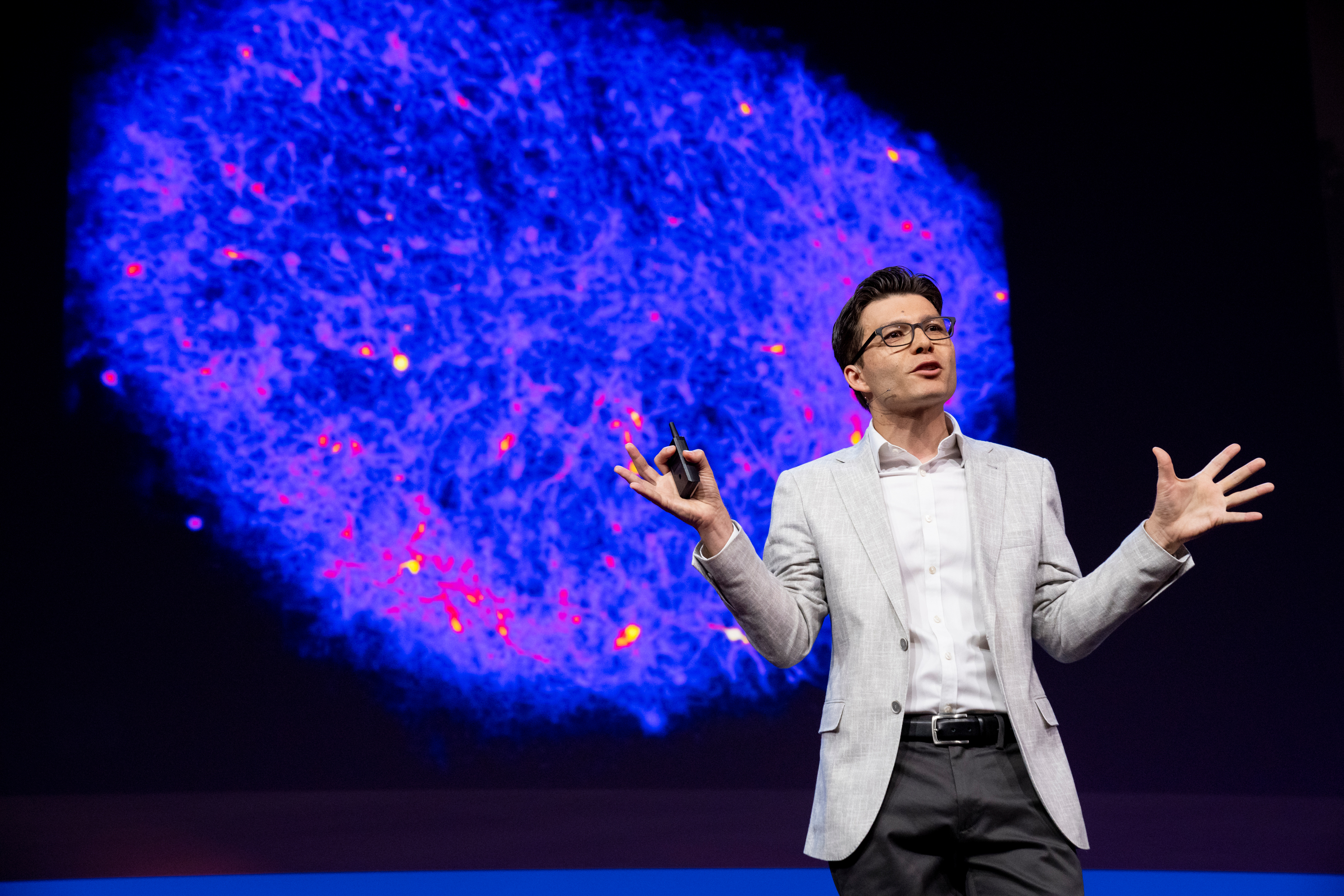 Big Idea: By growing live neural circuits of the human brain in lab settings, we can gain new insight into human biology and usher in a new era of brain disorder research and treatment.

How? Though we’ve studied how the human brain functions through the brains of other animals, the intricate workings of the human brain — and human brain disorders — remain a mystery. This could all change thanks to new research on brain organoids, which are living cellular clumps of neural tissue. Brain organoids are grown by turning skin cells into stem cells, then instructing those stem cells to organize into brain-related structures. Organoids can then be combined into assembloids, creating miniature living circuits that help us better understand how brain biology and activity works. Developing treatments for brain disorders like autism and schizophrenia is especially difficult because we aren’t able to access or replicate live brain tissue from patients — until now. By growing and studying these neural circuits, we can revolutionize our understanding of human brain function, evolution and disease. 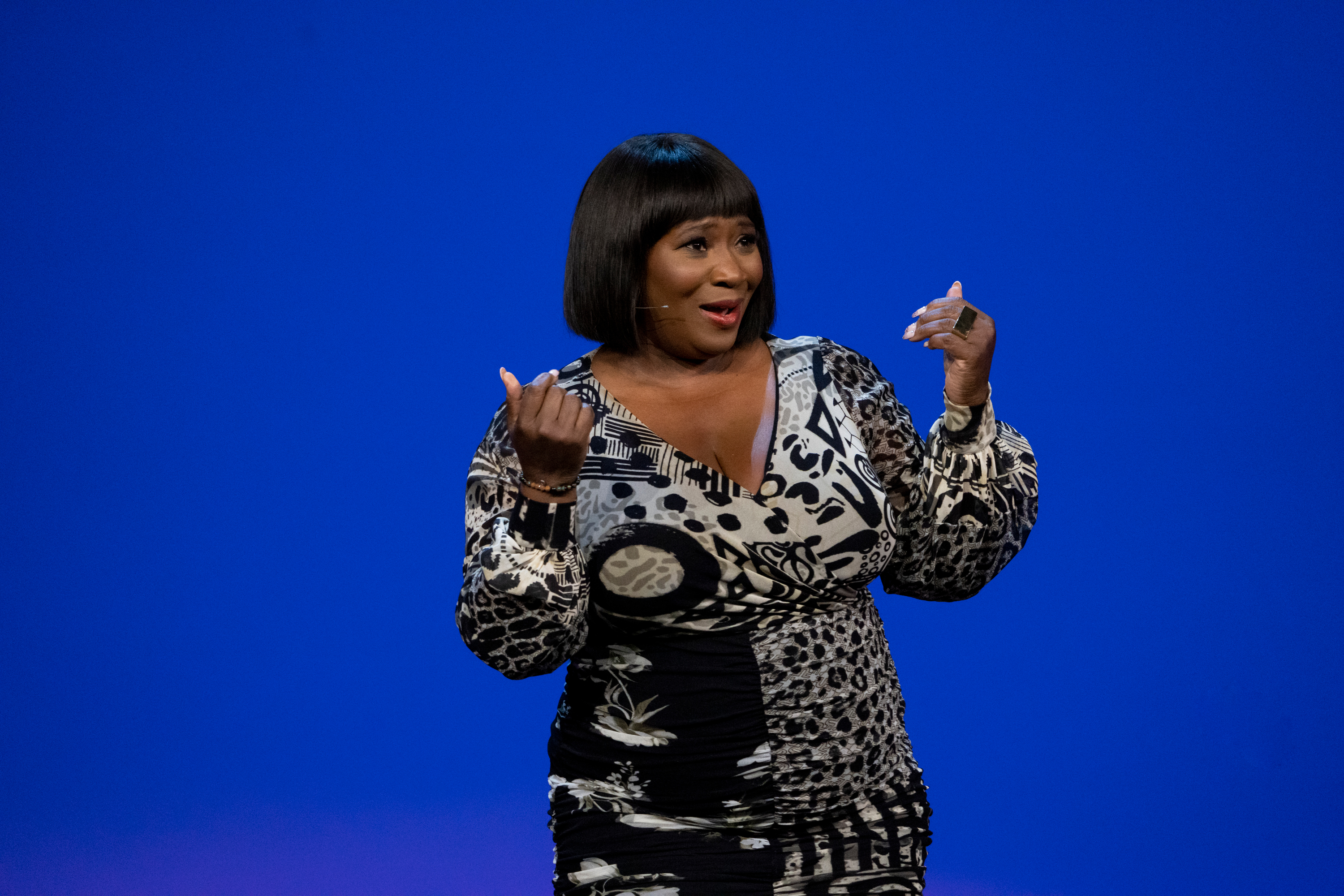 How? It takes getting to know yourself and settling for nothing less, says Bevy Smith. Once a globe-trotting fashion advertising executive, she realized that while she had succeeded in the traditional sense, she had also settled for a life and persona that didn’t reflect her true self. Her revelation (or “Bevelation”) pushed her to reconsider how settling for cliché goals can be insidious and lead to unhappiness, spurring a renewed life of world travel, cultural immersion, rediscovering the selfhood she had repressed and embracing the art of extending grace to others. Smith recognizes that while her mother’s strength and clarity of self throughout her own life helped give her a blueprint on where to start, she also asked herself three questions that she hopes will help anyone looking to foster positive growth. First: Who am I at my core? Delve deep into yourself to excavate your personhood. Second: How am I being perceived? Be honest with your behaviors and how you affect the people around you. And third: How would I like to be perceived? Do the work and show up for yourself in ways most authentic to pursuing a better life and you’ll love the person who comes forward. Better to bloom late than not at all. 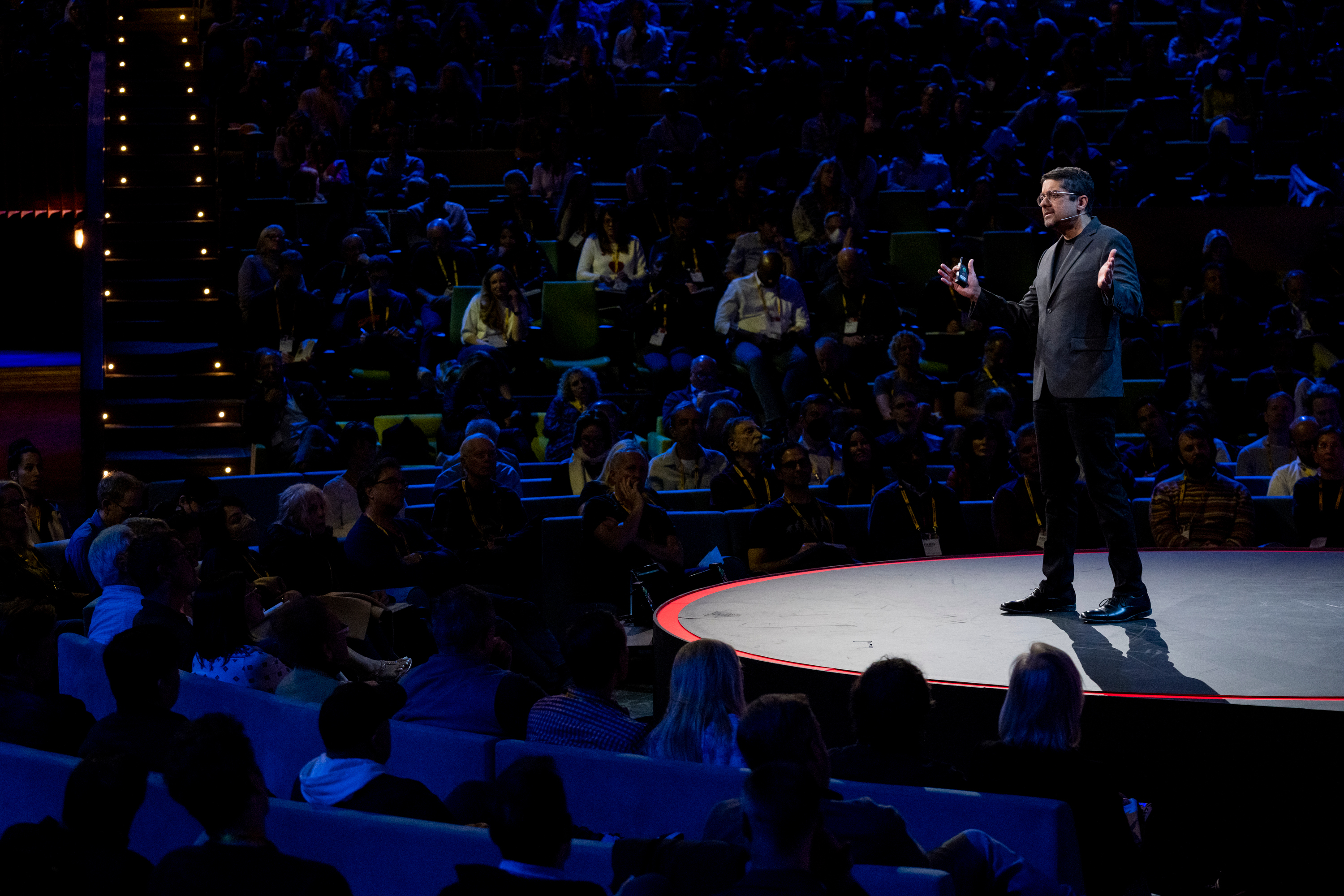 Big idea: The predictions we make about our lives tend to be largely misguided because, as we grow and evolve, we chart paths for ourselves that are inevitably different from what we once envisioned. By embracing discomfort, being humble and finding the courage to embark on new adventures, we could work proactively to curate the best version of our future selves.

How? It’s tempting to imagine that the person looking back at you in the mirror many years from now is immediately recognizable, with all your hopes, desires and dreams still intact — but Shankar Vedantam believes this way of thinking can be misleading. It’s what he describes as the “illusion of continuity”: the idea that our future will be much like the present, with little to no change. Vedantam explains that when we have a change of heart about anything — from our career trajectory to end-of-life care — there’s a lot more at play than we think. Our ever-changing psychological make-up and the plasticity of our brains means we’re constantly evolving — and so, too, are our wants and needs. The illusion of continuity plays out in larger contexts, too: spouses, politicians and defenders of the law often make lasting proclamations and commitments which, with time, grow incompatible with the realities of the future. So how do we tackle this problem? Vedantam makes three suggestions that could help us rise to the occasion. First, accept and welcome change and constantly seek out new ventures and relationships. Second, practice humility, making space for new perspectives that we may have disagreed with in the past. And finally, face challenges bravely, confident that we can develop the skills and abilities to overcome them in the future. “If you can practice these things, your future self will look back and say thank you,” he says.