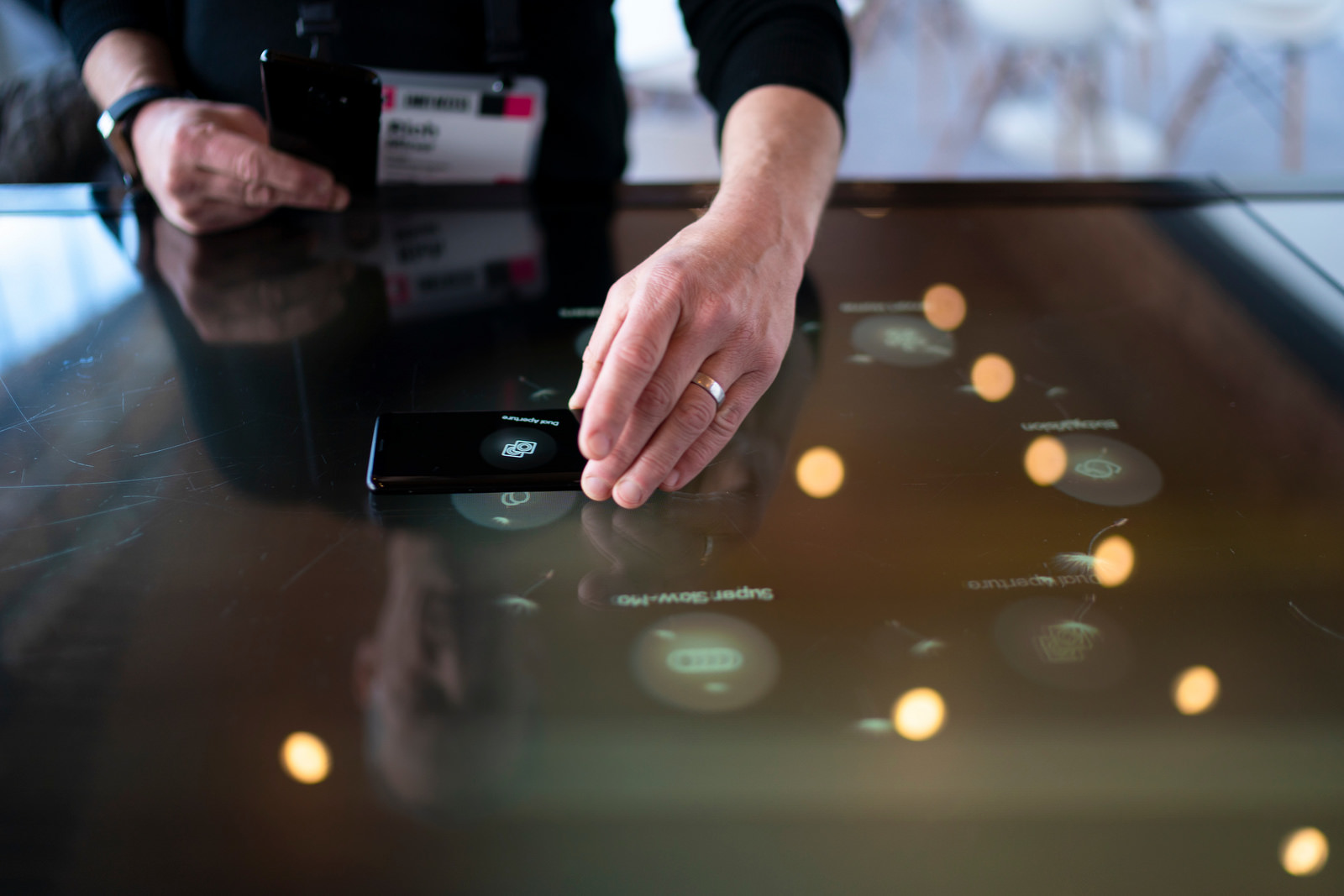 An attendee plays with an interface for exploring the possibilities of the mobile phone at the Samsung Social Space during TED2018: The Age of Amazement, in Vancouver. Photo: Lawrence Sumulong / TED

What do you imagine your phone doing for you in the future? Sure, you can take calls, send texts, use apps and surf the internet. But according to Samsung, the next corner for mobile engagement could turn your cell phone into a superhero (of sorts) in industries like public safety and healthcare. 5G technology will not only improve a company’s ability to deliver faster, higher quality services, but the “greater connectivity paves the way for data-intensive solutions like self-driving vehicles, Hi-Res streaming VR, and rich real-time communications.” Imagine a world where your Facetime or Skype call doesn’t drop mid-conversation, you never have to wait for a video to buffer, and connecting to Wi-Fi becomes the slower option compared to staying on data.

At their afternoon worksop during TED2018, Samsung provided a short list of real-world issues to guide thoughtful discussion among workshop groups on how the mobile economy can be a part of the big solutions. Scenarios included: data security in the an evolving retail world; hurricane preparedness; urban traffic management; and overburdened emergency rooms.

These breakout out sessions lead to fascinating conversation between those with different perspectives, background and skill sets. Architects and scientists weighed in with writers and business development professionals to dream up a vision of the future where everything works seamlessly and interacts like a well-conducted symphony.

After intense discussion, swapping ideas and possibilities, groups were encouraged to synthesize the conversation and share to the larger room. They didn’t just offer solutions, but posed fascinating questions on how we may unlock answers to the endless possibilities the next mobile economy will bring in the age of amazement. 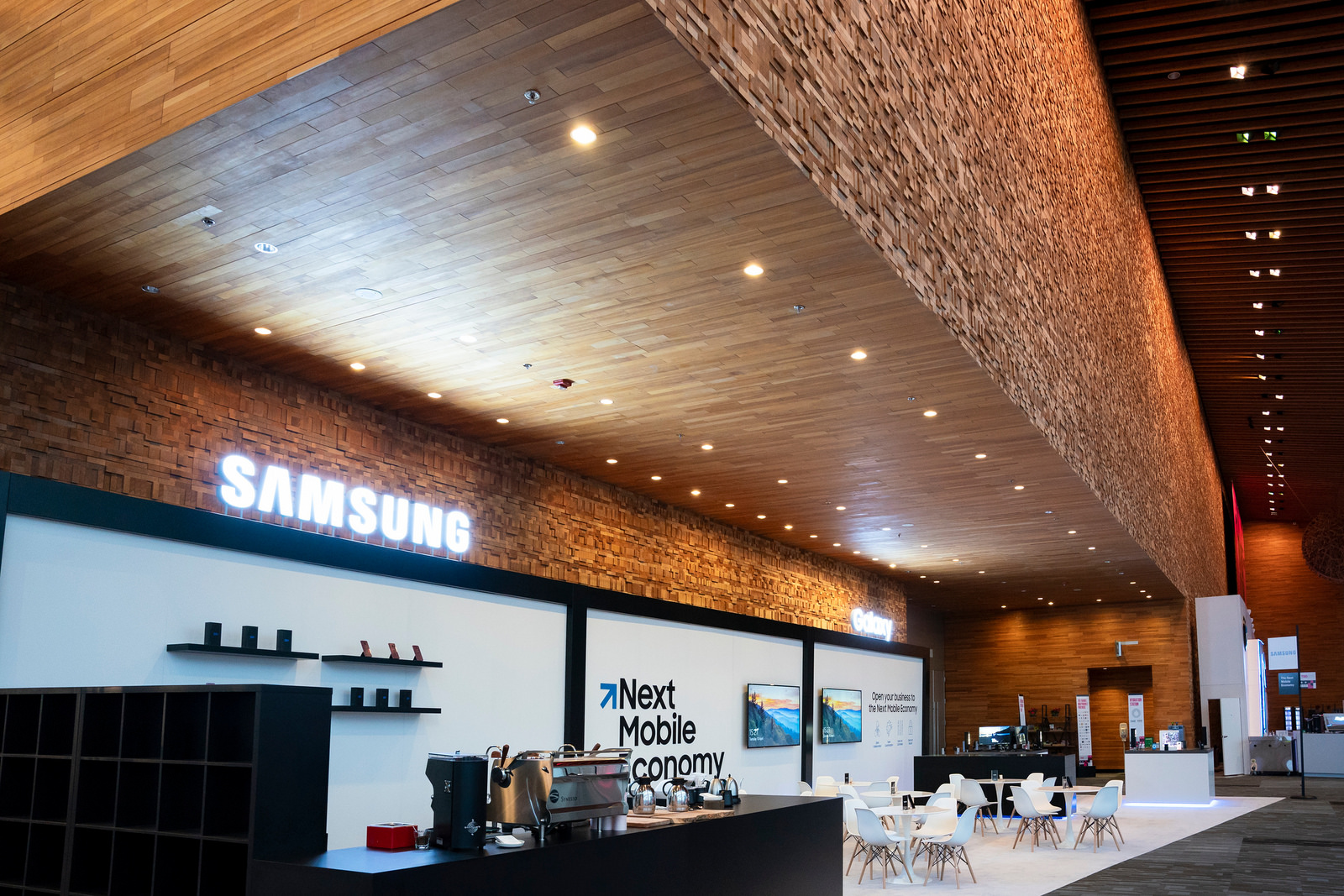 A view of Samsung’s social space at TED2018, which featured mobile phone activities for exploring the next mobile economy (as well as delicious coffee). Photo: Lawrence Sumulong / TED