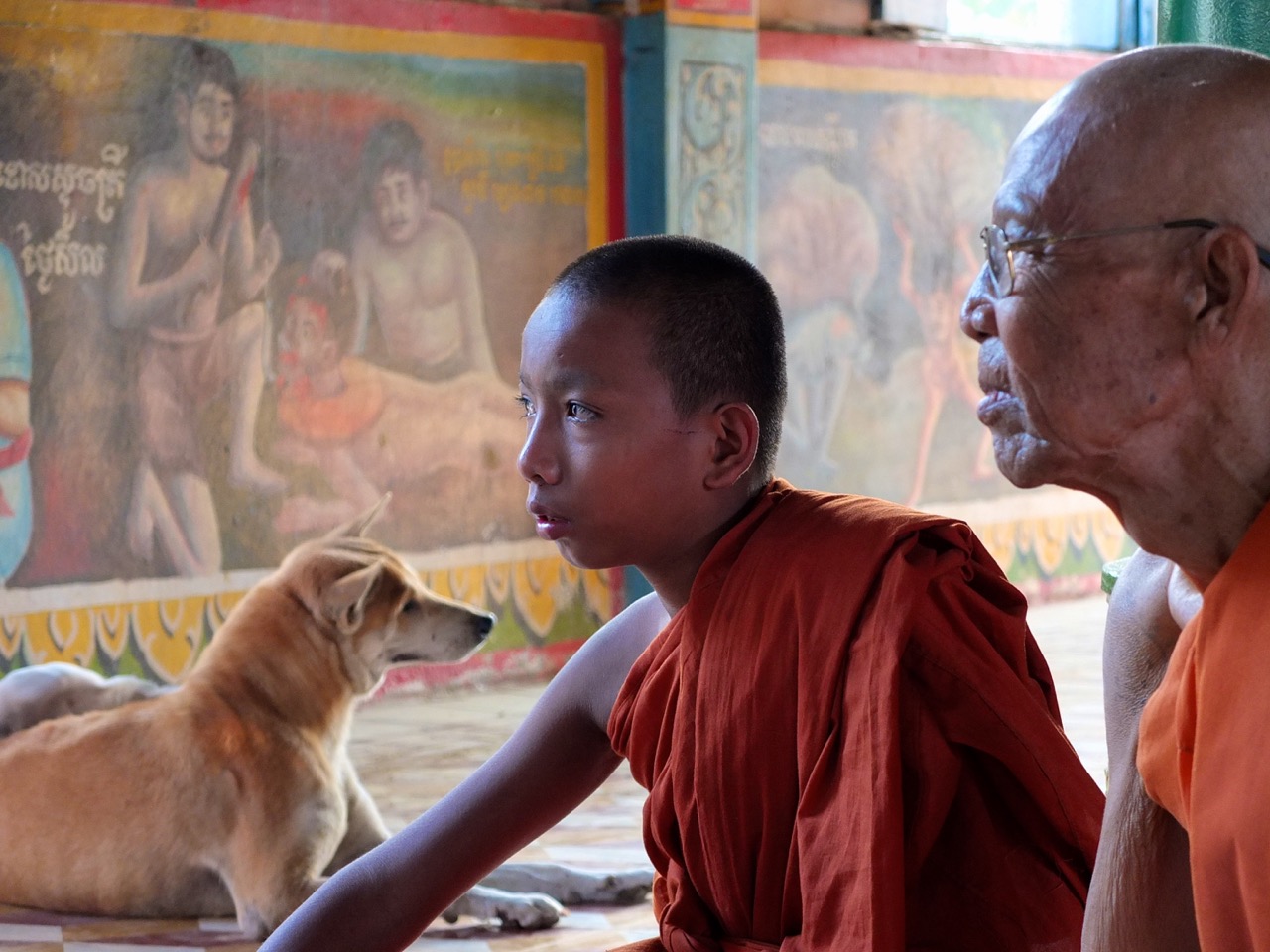 An outbreak of HIV that traces back to syringe reuse has rocked the village of Roka in Cambodia. A Buddhist monk and several school students are among the infected. Photo: Marc Koska/LifeSaver

In the small village of Roka in western Cambodia, 272 people have tested positive for HIV since the end of 2014. Among those diagnosed: an 82-year-old celibate Buddhist monk, several babies and 19 members of the same family. This tragic outbreak has been traced to a source: Yem Chrin, a popular medical practitioner who operated without a license in the village. While he was — and, to some extent, still is — beloved by many in the village for treating those who couldn’t afford to pay, it has come to light that he reused syringes from patient to patient, spreading the disease shockingly quickly.

Marc Koska visited Roka earlier this month with a camera crew from the BBC. He wanted to visit because this village’s tragedy underscores the importance of a product he has spent the last 30 years advocating for: safe syringes, designed to be used only once.

Yem Chrin wasn’t necessarily malicious, says Koska, and he wasn’t doing anything all that different from doctors in similar communities.

“Any doctor in the developing world faces that challenge, whether they’re a quack or a nurse in a hospital,” he says. “There are an enormous number of pressures that make them reuse equipment.”

In Koska’s TED Talk, “1.3m reasons to re-invent the syringe,” he lists some of these pressures. People around the world have been sold on the efficacy of medicine delivered via syringe, so they ask doctors and nurses for shots rather than oral medications. This leads not only to reuse, but to a black market of used syringes. In the talk, Koska shared what his charity, SafePoint, was doing to help: designing a syringe that locks up and breaks if a second use is attempted.

Today, the World Health Organization announced a new policy on injection safety, mandating a full transition to safety-engineered “smart” syringes by 2020. The organization called this “an urgent priority for all countries.” At the same time, they’re launching a global campaign to raise awareness and help countries around the world tackle the issue of unsafe injections.

For Koska, this is a historic moment. “It took me 15 years of lobbying the WHO,” he says. He got a glimmer of hope in 1999, when the WHO mandated single-use syringes for immunizations. But immunizations only represent 5% of the 16 billion injections given annually in the world — the other 95% deliver therapeutic treatments, and no smart syringe mandate followed for those. The discrepancy is simple, says Koska. “No one cares,” he says. “Manufacturers certainly don’t care, and they weren’t being forced by the leadership of the world to.” 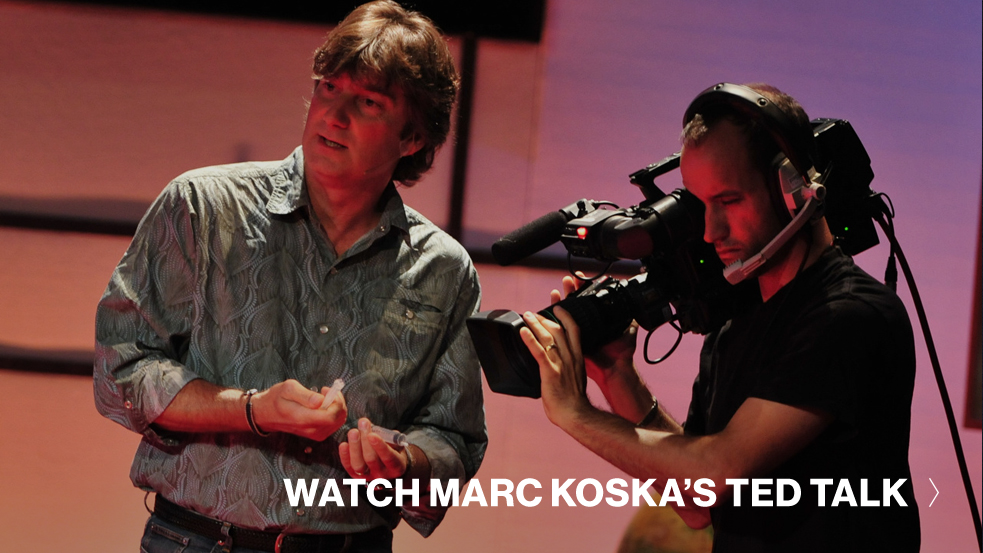 A turning point came three years ago, when Koska had a meeting with the WHO Director-General, Margaret Chan. “I gave her a very hard time,” says Koska. “There was swearing, there was rudeness.” But it became clear that they were on the same page. Koska became an external reviewer as the new global mandate was drafted.

The WHO’s campaign is six-pronged. The WHO has issued new guidelines on syringe and needle use; health workers will be educated; manufacturers will be required to switch to safe designs; ministers of health will be encouraged to make their countries leaders in compliance; funders who give healthcare aid to the developing world will be encouraged not to give money unless a country is working toward the mandate. Meanwhile, the WHO will be running a public awareness to let people know about the importance of smart syringes.

This campaign will save lives, says Koska, and it will have economic benefits to boot. “Every dollar invested in the future of safe syringes — on waste disposal, on health care worker training, on lobbying, on advocacy, on public awareness — will save a developing world country $14.57,” says Koska, quoting a report. “That is one of the highest margins anyone has seen in public health.”

The key to this campaign is manufacturers adopting safe syringe and needle designs — the sooner, the better. “There are four or five designs out there in the marketplace and they’re all great and funky,” says Koska. “It’ll be a design race, like it is with phones or computers or anything else.”

He backs up to explain, pointing out that standard syringes cost 3 to 4 cents while smart syringes cost twice as much. “Syringes are commodities. They are made for the lowest cost, and they’re sold with the smallest margin. They’re used as a loss leader for a brand to gain market share,” he says. “Once the brand has that, then they try and sell higher-priced products.” 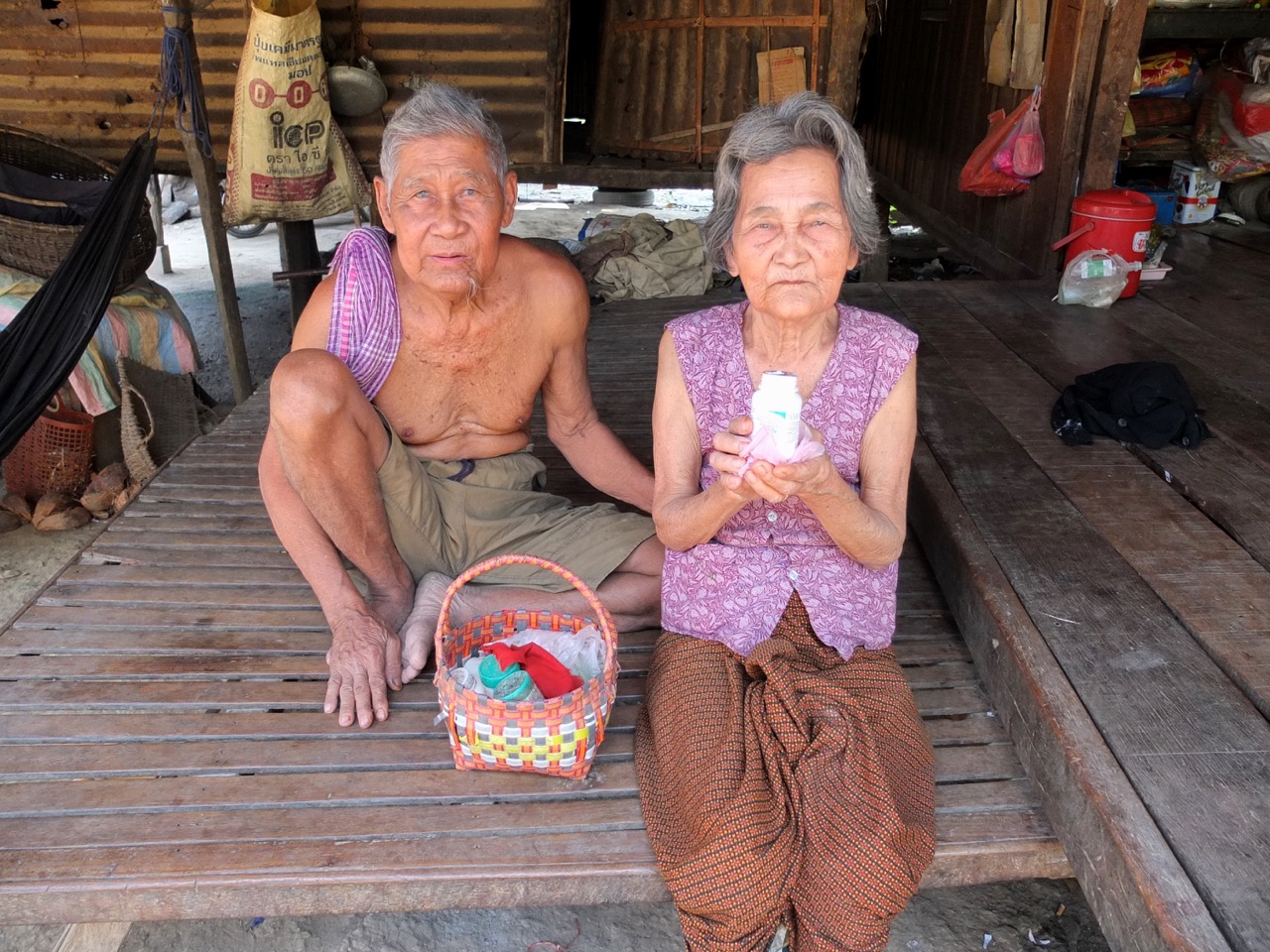 More residents of the village of Roka in Cambodia, where 272 have tested positive for HIV since late December. Photo: Marc Koska/LifeSaver

Koska predicts that two things will happen with this WHO mandate. Currently, SafePoint and others in the business of smart syringes account for approximately 2 billion syringes annually — but the WHO mandate will create a global demand of about 16 billion syringes. At first, Koska says that the mandate will create over-demand compared to supply, which will lead to a rise in prices. Manufacturers will react, switching over their production of standard syringes to smart ones, as there is money to be made. At a certain point, supply will catch up and prices will stabilize. Then it will become about which manufacturers can create the most economical design.

SafePoint, which sells about 800 million of its LifeSaver syringes a year, has an idea for how to accelerate this process. “We have 2.5 years left on our syringe patent, and we have 15 years left on our needle patent,” says Koska. “We want factories to apply for a credit against production. They can say, ‘Look, we would make a lot more if we didn’t have to pay you your 4% or 5% royalty, so could you let us off if we invest that in more syringes?’ We’re very happy to allow that royalty to go back into the market rather than to us … It means the policy will get more traction quicker.”

“It’s holistic — it’s the only way we’re going to get this right,” says Koska. “We’ve got to tie all the elements together in one movement to make this a success.”

Koska himself is an unlikely activist. In 1984, he was living in Saint Croix and working as a forensic modelmaker during the advent of AIDS. “There was this huge wave of panic, to the point where on this paradise island, all the restaurants changed over to plastic cutlery and had sprays for the toilet seats,” he says. He happened upon an article in The Guardian that predicted syringes would be a major transmission route for HIV — and realized no one ws working on the problem. And that he could make an impact on the world by stepping up.

He studied the problem for three years, traveling to syringe factories to understand the industry and visiting hospitals to see how nurses gave injections. “I realized that the solution had to be simple and made on existing machinery for the same price,” he says. “There were people out there making much better products, but none of them made it to market because they were just too expensive to manufacture. I made the Ford, not the Rolls Royce.”

Today, with the WHO announcement, is a big day for Koska. “To see this come around is reasonably emotional,” he says. “It’s the beginning of the next chapter.”

And while Koska plans to remain an evangelist for smart syringes, he has got his eye on the next big problem too: he’s working on a low-cost, low-dose vaccine product. This time, he plans to try a different approach to get to global liftoff moment more quickly. “What I want to do, to not go on another 30-year journey, is give the patent away to the world. I want it to be patronized. I want someone to pay me a small amount of money to give the patent away,” he says. “We’re not saving lives by being competitive.”

He laughs and adds, “I hope that on my gravestone, it says: ‘I did this ten times.’” 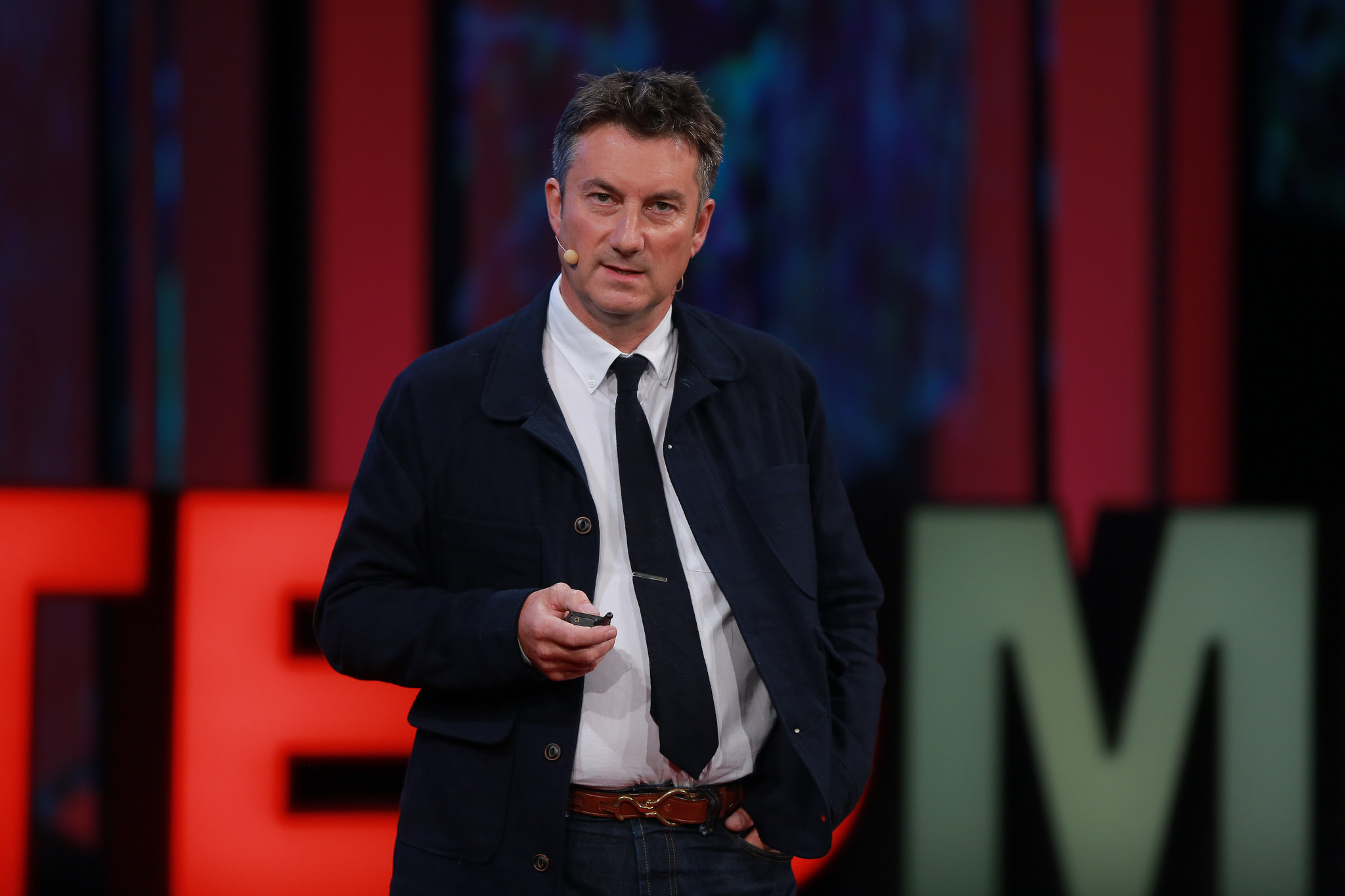 Marc Koska spoke at TEDMED 2014 about progress since his TED Talk in 2009. Photo: Courtesy of TEDMED