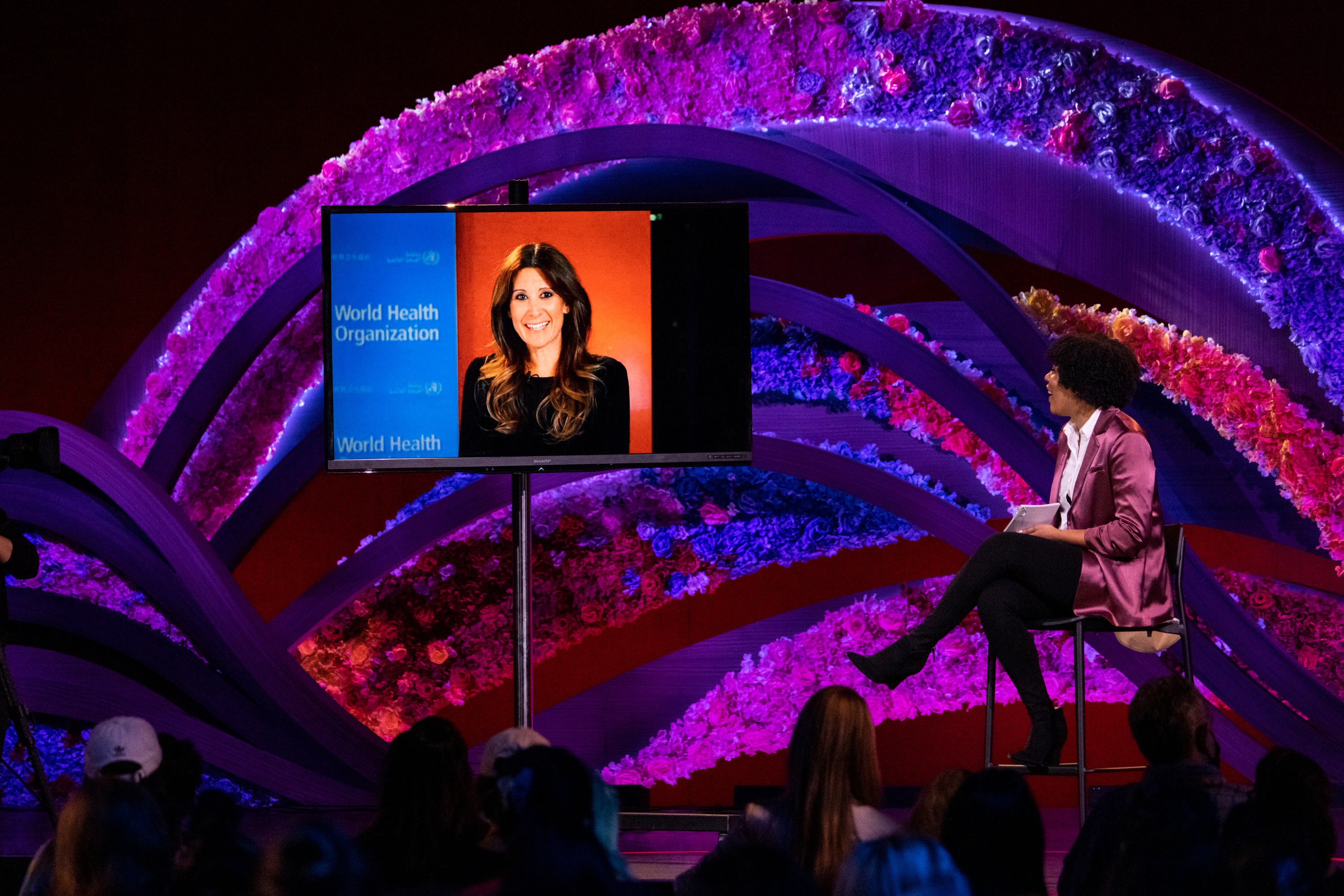 Over three days and six sessions at TEDWomen 2021, more than 40 speakers and performers shared ideas that spanned the globe and drew from across cultures and disciplines to answer the question: What now? For the final session, speakers explored the biggest question of all — What now for the future? — and encouraged us to imagine another world and fight for it. 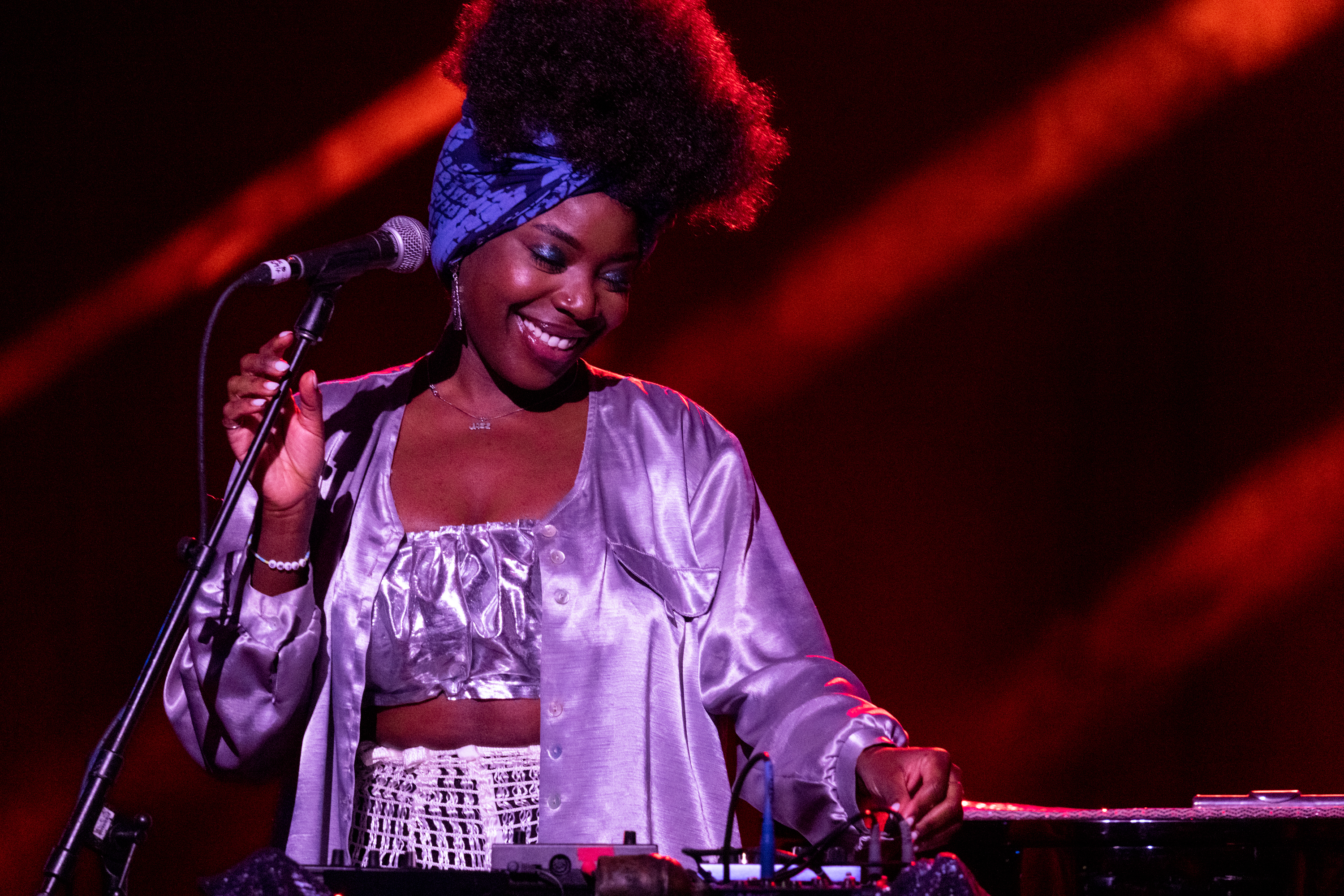 Music: Brooklyn-based singer, songwriter and musician Melanie Charles is on a journey to “make jazz trill again.” With a sound that spans jazz, soul, experimental and roots music, she performs an eclectic flute-infused set. “Don’t let anyone try and make you dim your light,” she says. 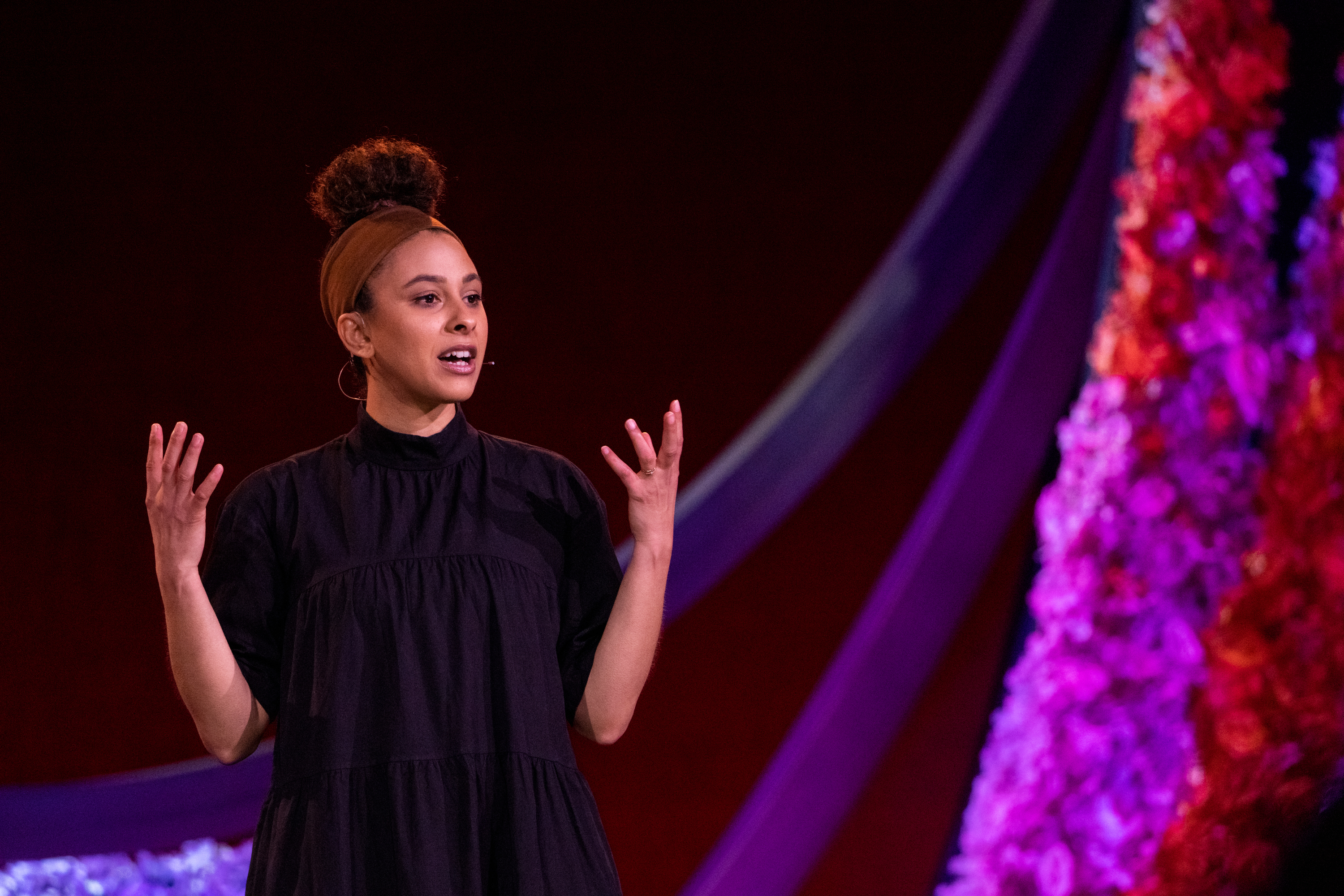 Special guest: Are we sleepwalking into losing democracy in the United States? What’s our role in building social justice movements to protect peoples’ basic rights? In conversation with TEDWomen curator Pat Mitchell, Tiana Epps-Johnson, founder of the Center for Tech and Civic Life, shares two hard truths about American democracy: nearly 100 million Americans don’t vote regularly, and elected officials — from federal to state to county levels — are still nowhere near representative of their populations. She has a vision for a system where every voter is invited into a delightful, smooth voting process, and thinks the way to get there is for more people to start voting as often as possible — not just for president. Civic engagement, she says, means a commitment to showing up every time.

Big idea: We must remain vigilant — in ways both big and small — in order to beat this pandemic and be better prepared for the next.

How? First, and most importantly, Maria Van Kerkhove emphasizes that we will get out of this current pandemic. But there is always another crisis around the corner (the recent debut of Omicron not withstanding), and there are many things the world can learn from in terms of how COVID-19 has been handled (or not) thus far. It was, in ways, a tale of two perspectives: the experienced and inexperienced. Countries that had experienced SARS, MERS, avian influenza, Ebola and similar health crises knew the threat firsthand and didn’t need all the data in front of them to understand the risk, acting aggressively early on. Meanwhile, other national leadership took the stance of “not our problem” — with detrimental results. We must look to and replicate what the experienced countries have done, investing in virus surveillance, a robust health care system, contact testing and changing public health laws to be able to act when necessary, Van Kerkhove says. WHO has taken a big first step in ensuring that is the case by bringing together governments and ministries of its member states for a special session of the World Health Assembly to develop a pandemic preparedness protocol and create a binding agreement that all countries must follow. Considerable communication, collaboration and accountability — on a macro and micro scale — will get us out of this pandemic and ready us for the next. But demanding things such as vaccine equity now can help make us safer, faster. In the meantime, Van Kerkhove has one request for anyone and everyone out there: remain vigilant. 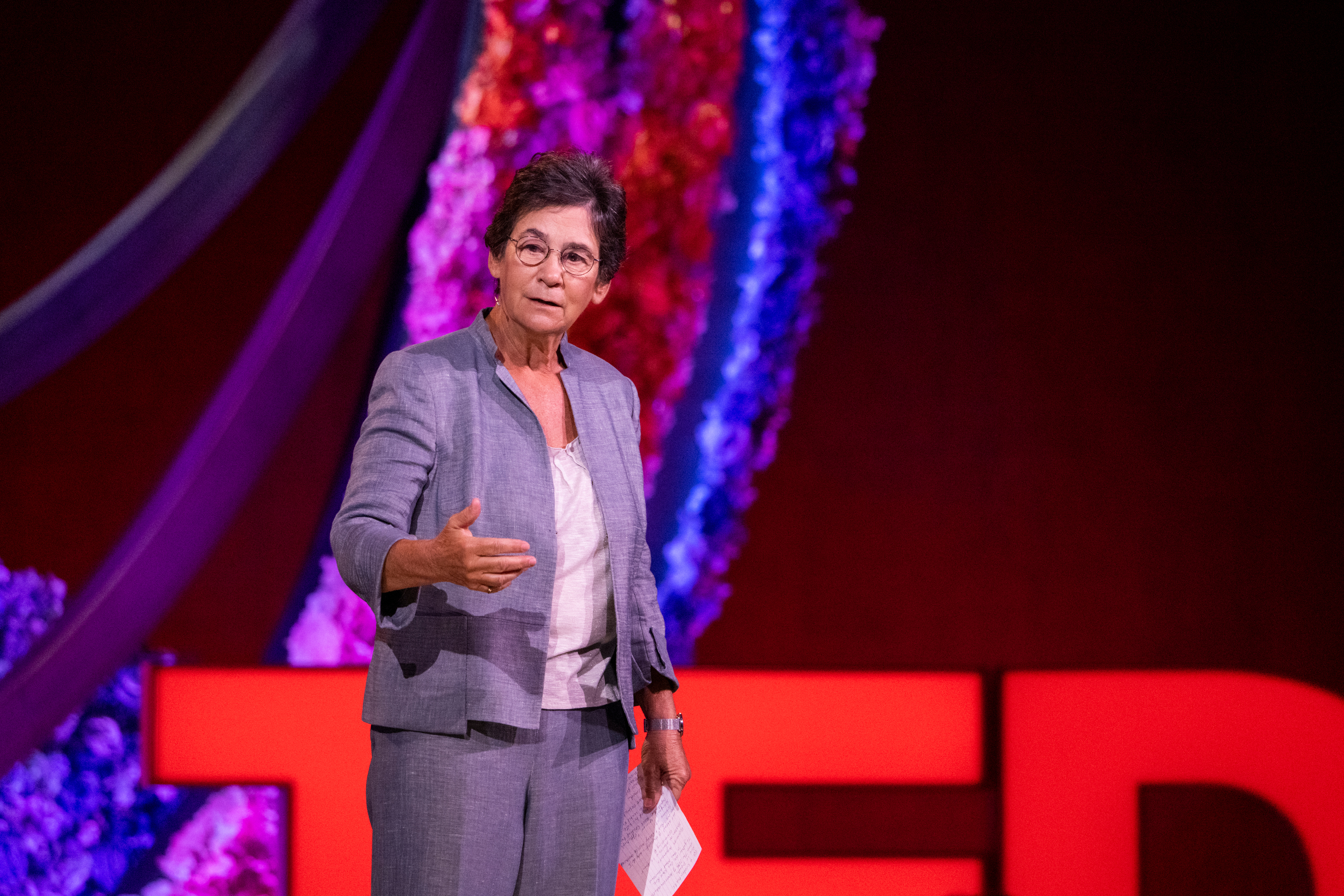 Big idea: Roe v. Wade will be overturned within a year. It’s time to change tactics to ensure reproductive freedom in the United States.

How? In 1992, reproductive freedom pioneer Kathryn Kolbert argued Planned Parenthood v. Casey before the United States Supreme Court. In only her second appearance in front of the country’s highest court, Kolbert is credited with saving Roe v. Wade, the landmark 1973 decision protecting a pregnant person’s right to have an abortion. That right is now under unprecedented attack, with two cases from Texas and one from Mississippi being taken up by the Supreme Court; Kolbert believes that before 2022 is over, the US Constitution will no longer protect reproductive freedom. But there is still hope for people to be able to choose whether or not to become parents. Kolbert says it’s time to focus on two strategies: building a “badass social justice movement” that brings allies together for a shared purpose and electing legislators who will protect abortion rights. She imagines a world where birth control is available over the counter and quality sex education is taught in public schools, and she wants to pass a gender equity amendment to the Constitution that would protect everyone’s ability to make decisions about their bodies. It’s time to get politically active, vote and work for champions of choice — and run for office. “The end of Roe is not the end of the story,” she says. 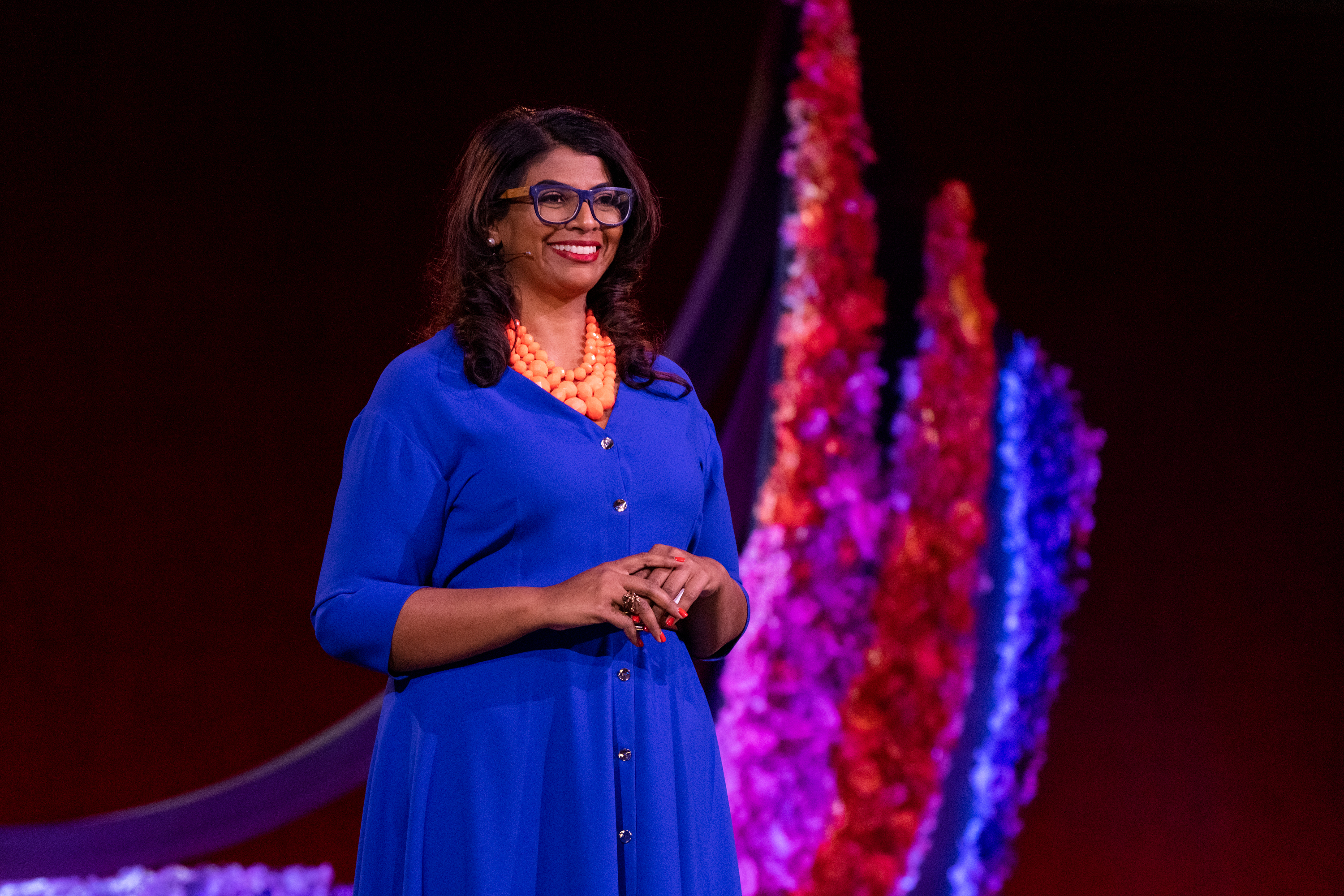 Big idea: Humanitarians need to consider the cost of a digital future — and what it means for the people they’re protecting.

Why? Having spent nearly two decades working in humanitarian aid, from Rwanda to Afghanistan, Aarathi Krishnan defines this field as “emergency help for people who are in desperate need.” Over the last decade, Krishnan explains, the humanitarian aid system has embraced digitalization, from registering refugees using biometric ID systems to commercial drones. This may sound enticing to technologists, but in reality Western interests are using untested approaches on African and Asian populations with limited consent — which is colonialist in nature, she says. Targeted identification of persecuted peoples has been a tactic of genocidal regimes, and digitalization can give quicker, more scalable access to information. Krishnan points to how the Myanmar government collected much more than biometric information on Rohingya refugees in 2017 when they digitally registered to get access to services. This happened without consent, and they were given no other option. “In our quest to do good in the world, how can we ensure that we do not lock people into future harm, future indebtedness and future inequity as a result of these actions?” she asks. Taking a clear-eyed look at how these technologies can be tools of disempowerment, Krishnan lays out ethical principles that question the intent of techno-solutions — and hold humanitarians accountable for the futures they help create. 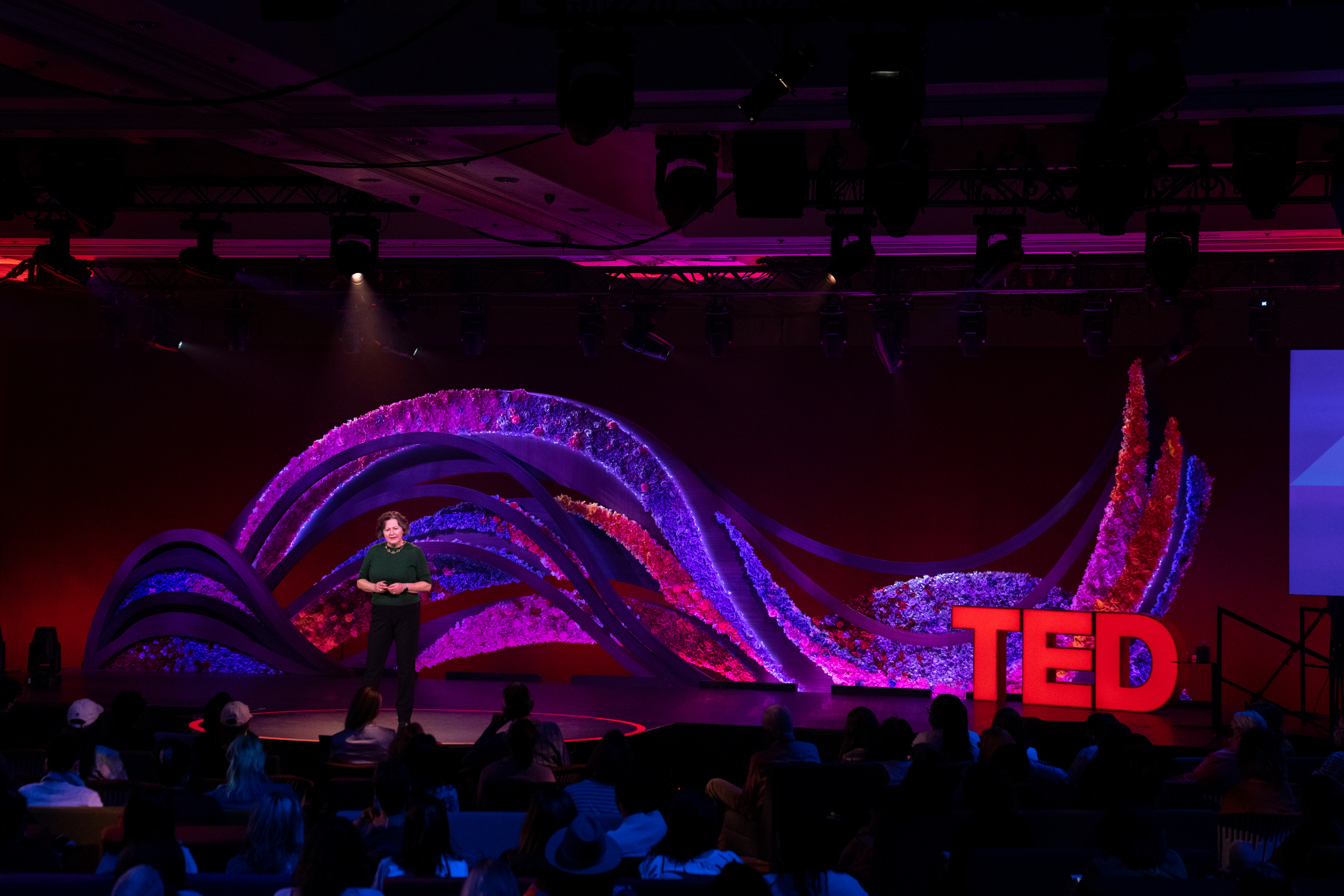 Big idea: To fight the harm of social stigmatization, we must recognize the value and dignity of all people.

How? According to sociologist Michèle Lamont, how we define who matters in society — or who doesn’t — depends on recognition and stigmatization. We recognize those we value and stigmatize those we don’t. On both ends of the political spectrum, from the #MeToo movement to MAGA, Lamont sees people staking recognition claims, asking society to identify (or recognize) them as valuable. She also sees agents of change like Joey Solloway, creator of the hit TV show Transparent, transforming the portrayal of certain stigmatized groups. Whether or not we find ourselves with an audience, we all have the power to make the societies we live in more inclusive and equal, Lamont says. We can start by expanding our ideas of who matters. 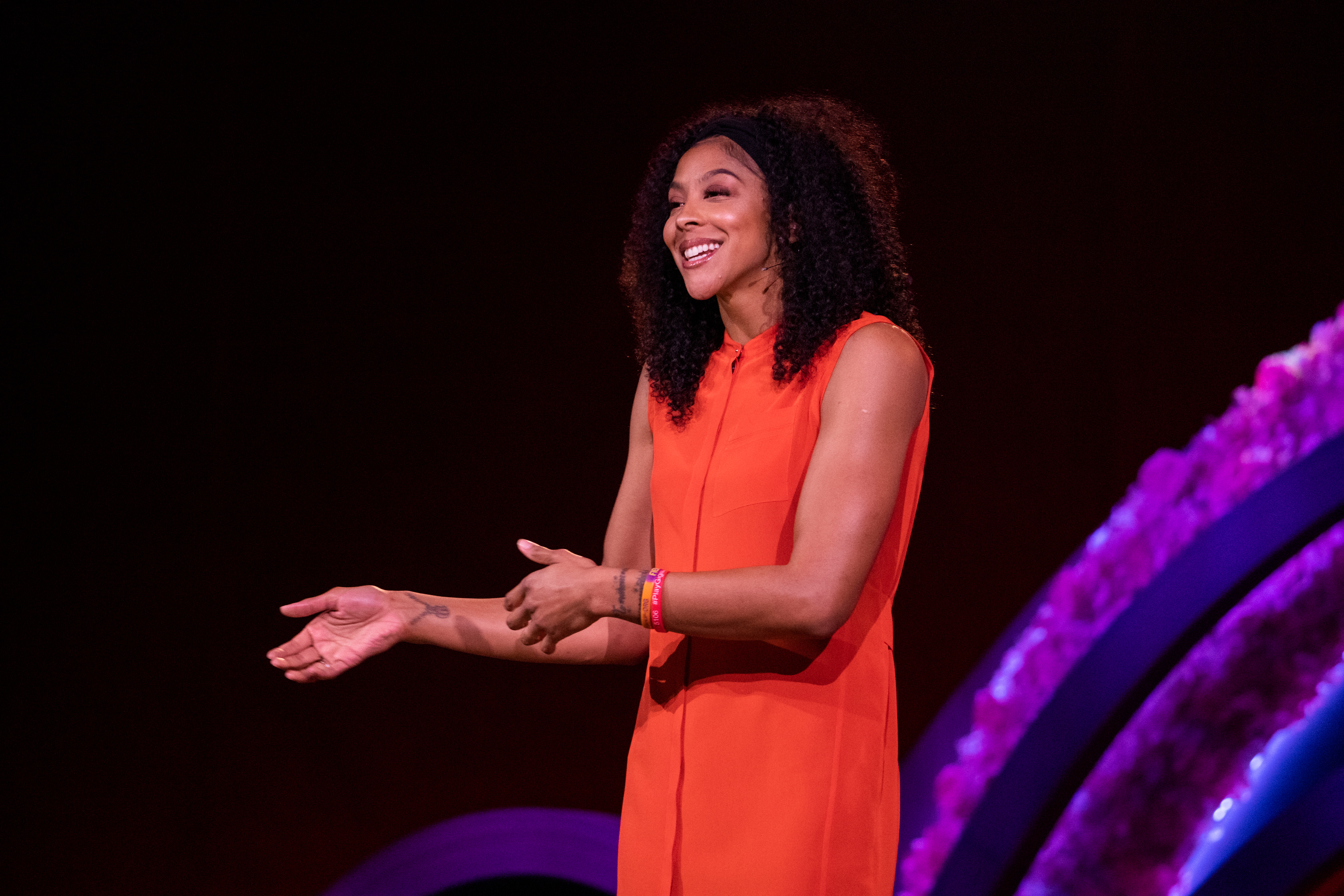 Big idea: Breaking down barriers is about not accepting limitations.

Why? When Kamala Harris was elected vice-president, Candace Parker turned to her daughter and said, “Now you can be vice-president too.” Her daughter looked at her. “Why couldn’t I before?” she asked. As someone who has spent her life breaking barriers and achieving success — she’s a two-time NCAA champion, an Olympic gold medalist and a two-time WNBA Champion — Parker says she didn’t realize that her own limitations created barriers for her daughter where they didn’t exist. That’s why Parker thinks we can learn from kids her daughter’s age. She says that younger generations are changing the world through conversation and collective action — and they’re cheering each other on. “It’s men showing up for women’s pay disparity. It’s Black people showing up for white people, white people showing up for Black people. It’s LGBTQ allies.” While success might look different for Parker than it does for her daughter, she says that older generations can show up for young people by empowering their choices. After all, “There’s more ways to break through barriers than just with records,” she says.