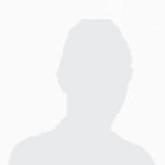 Silk, the ancient material of the future: Fiorenzo Omenetto on TED.com

John Hunter puts all the problems of the world on a 4’x5′ plywood board — and lets his 4th-graders solve them. At TED2011, he explains how his World Peace Game engages schoolkids, and why the complex lessons it teaches — spontaneous, and always surprising — go further than classroom lectures can. (Recorded at TED2011, March […]

Backed by stunning illustrations, David Christian narrates a complete history of the universe, from the Big Bang to the Internet, in a riveting 18 minutes. This is “Big History”: an enlightening, wide-angle look at complexity, life and humanity, set against our slim share of the cosmic timeline. (Recorded at TED2011, March 2011, in Long Beach, […]

The invention that unlocked a locked-in artist: Mick Ebeling on TED.com

The nerve disease ALS left graffiti artist TEMPT paralyzed from head to toe, forced to communicate blink by blink. In a remarkable talk at TEDActive, entrepreneur Mick Ebeling shares how he and a team of collaborators built an open-source invention that gave the artist — and gives others in his circumstance — the means to […]

When first discovered in 2010, the Stuxnet computer worm posed a baffling puzzle. Beyond its unusually high level of sophistication loomed a more troubling mystery: its purpose. Ralph Langner and team helped crack the code that revealed this digital warhead’s final target — and its covert origins. In a fascinating look inside cyber-forensics, he explains […]

The World Economic Forum has announced the selections of their 2011 Young Global Leaders. Young Global Leaders “represent the future of leadership, coming from all regions of the world and representing business, government, civil society, arts and culture, academia and media, as well as social enterpreneurs.” Among them, you’ll find several TED speakers and TED […]

Listen to the TEDActive 2011 “Entry Mix”

DJs frosty and Turquoise Widsom of dublab.com put together the mix of tunes that played before and after each speaker session at TEDActive 2011. They called it the Entry Mix, and it’s well worth a listen. (It’s available in streaming audio or for download.) Listen here »

Janet Echelman reshapes urban airspace with monumental, fluidly moving sculpture that responds to environmental forces. Daniel Tammet is a high-functioning autistic savant, has synesthesia, and has an astonishing brain. “Personal perceptions are at the heart of how we acquire knowledge.” Fiorenzo Omenetto has found game-changing uses for silk: “The answer to whatever you want to do […]

Edward Tenner, historian of technology and culture, shares the intrigue of unintended consequences: “I didn’t always love unintended consequences, but I have learned to appreciate them.” Eythor Bender brings out Amanda Boxtel, a wheelchair user wearing an astonishing new exoskeleton. She is walking. Eli Pariser reveals some frightening data about our online identities: “I call it […]

JR made his inspired TED wish: I wish for you to stand up for what you care about by participating a global art project. And together we’ll turn the world INSIDE OUT. Antony, musician and artist, played gorgeous songs of yearning to close out Session 7. (Photo: Robert Leslie / TED) Chris Anderson makes a […]

Every minute, 300 new learners are born into this world. How can TED play a role in enriching their education? We need your help to answer this question. In a few weeks, TED will be launching an online forum. We’re calling it the TED-ED Brain Trust. We’re seeking the expertise of visionary educators, students, organizations, […]

A photo report from the TEDx Organizers Workshop at TEDActive 2011

Since the TEDx program launched 18 months ago, it has grown to include over 1,700 organizers globally, with hundreds of TEDx events planned for the upcoming months. On Sunday, February 26th, at Cabot’s Pueblo Museum in Palm Springs, over 160 TEDx organizers gathered in the desert for the now-annual TEDx Workshop at TEDActive. Workshop organizers […]

Gaming to re-engage boys in learning: Ali Carr-Chellman on TED.com

At TEDxPSU, Ali Carr-Chellman pinpoints three reasons boys are tuning out of school in droves, and lays out her bold plan to re-engage them: bringing their culture into the classroom, with new rules that let boys be boys, and video games that teach as well as entertain. (Recorded at TEDxPSU, October 2010 at Penn State […]