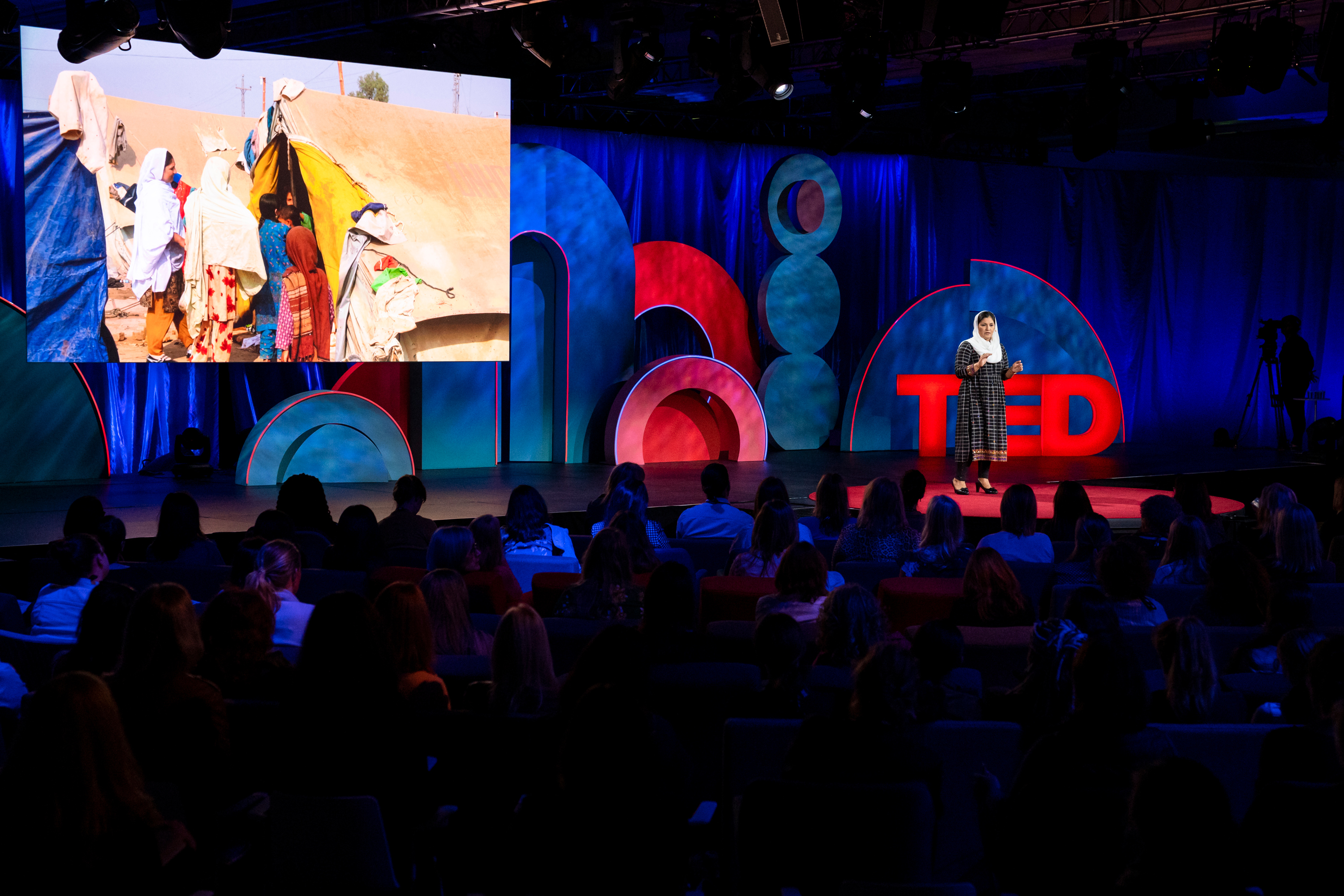 “I have seen a world where women are denied, and I have also seen what can happen when you invest in the potential of half of your population,” says activist Shad Begum. She speaks at TEDWomen 2018: Showing Up, on November 29, 2018, in Palm Springs, California. (Photo: Marla Aufmuth / TED) 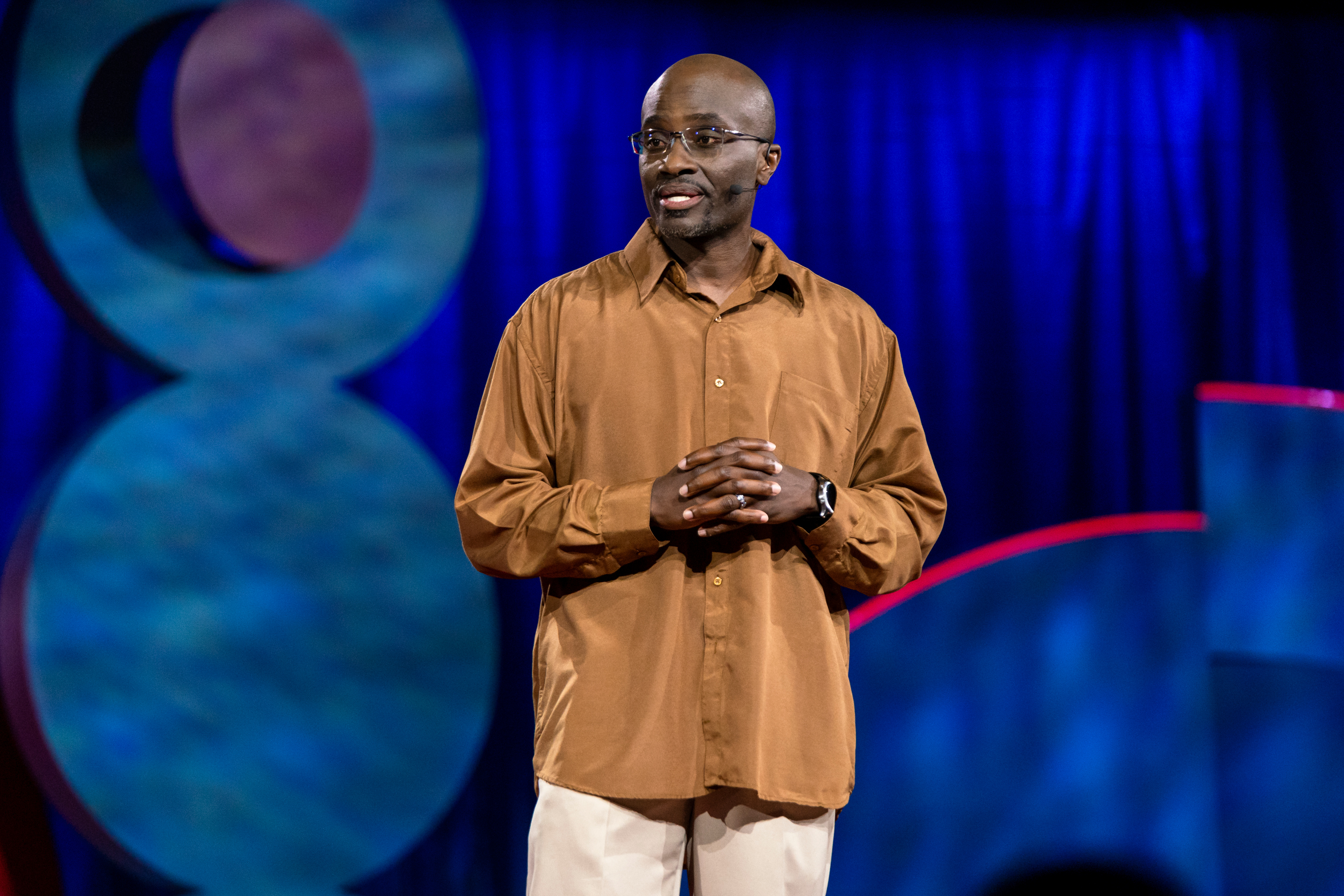 Eldra Jackson III shares his work breaking the cycle of emotional illiteracy that allows men to victimize others. He speaks at TEDWomen 2018: Showing Up, on November 29, 2018, in Palm Springs, California. (Photo: Callie Giovanna / TED)

An empathetic cure for toxic masculinity. Toxic masculinity is a disease that victimizes both its targets and its perpetrators, says educator Eldra Jackson III. Growing up, he had a “chronic case” of it — “so much so that [he] spent 24 years of a life sentence in prison for kidnapping, robbery and attempted murder.” As a teen, Jackson’s heroes were athletes and gangsters. So when sports didn’t work out as a career path, he gravitated toward what seemed the only other option: a life of crime. Jackson landed in jail, “where I didn’t care how I lived or if I died,” he says. He found a cure for this disease through Inside Circle, an organization founded by Patrick Nolan to combat gang violence in the prison yard. Through an exercise called Circle Time — “men sitting with men and cutting through the bullshit and challenging structural ways of thinking” — Jackson learned that “characteristics usually defined as weaknesses are parts of the whole, healthy man.” Today, as a free man, Jackson teaches his own sons what he has learned, and in doing so, he seeks to “eradicate the cycle of emotional illiteracy and groupthink that allows our males to continue to victimize others.”

Strengthening women’s leadership in Pakistan and beyond. Pakistani activist Shad Begum has spent her life working for the right of every woman to live to her full potential. “When women show up, things get better for everyone,” Begum says. “Yet I have found all too often women underestimate their own strength, potential and self-respect.” To counteract this troubling reality, Begum has invested in women’s leadership — first by founding the Association for Behaviour and Knowledge Transformation in 1994 and then by running for public office in Dir, Pakistan, in 2001 — and winning. Her fellow male councilors told her to buy sewing machines for the local women; instead she advocated for what she knew they really wanted: more access to clean drinking water. In the years since, Begum’s seen change happening at the local level as women find their place in the political process. She helped train 300 women and youth candidates for the 2015 local elections: 50 percent of them won and are now sitting in the local councils. And perhaps even more promising: While fewer than one hundred women voted in Dir’s 2013 general elections and 2015 local elections, more than 93,000 women turned out to vote in the 2018 general elections. “I have seen a world where women are denied, and I have also seen what can happen when you invest in the potential of half of your population,” Begum says. Now it’s time to keep making that investment. 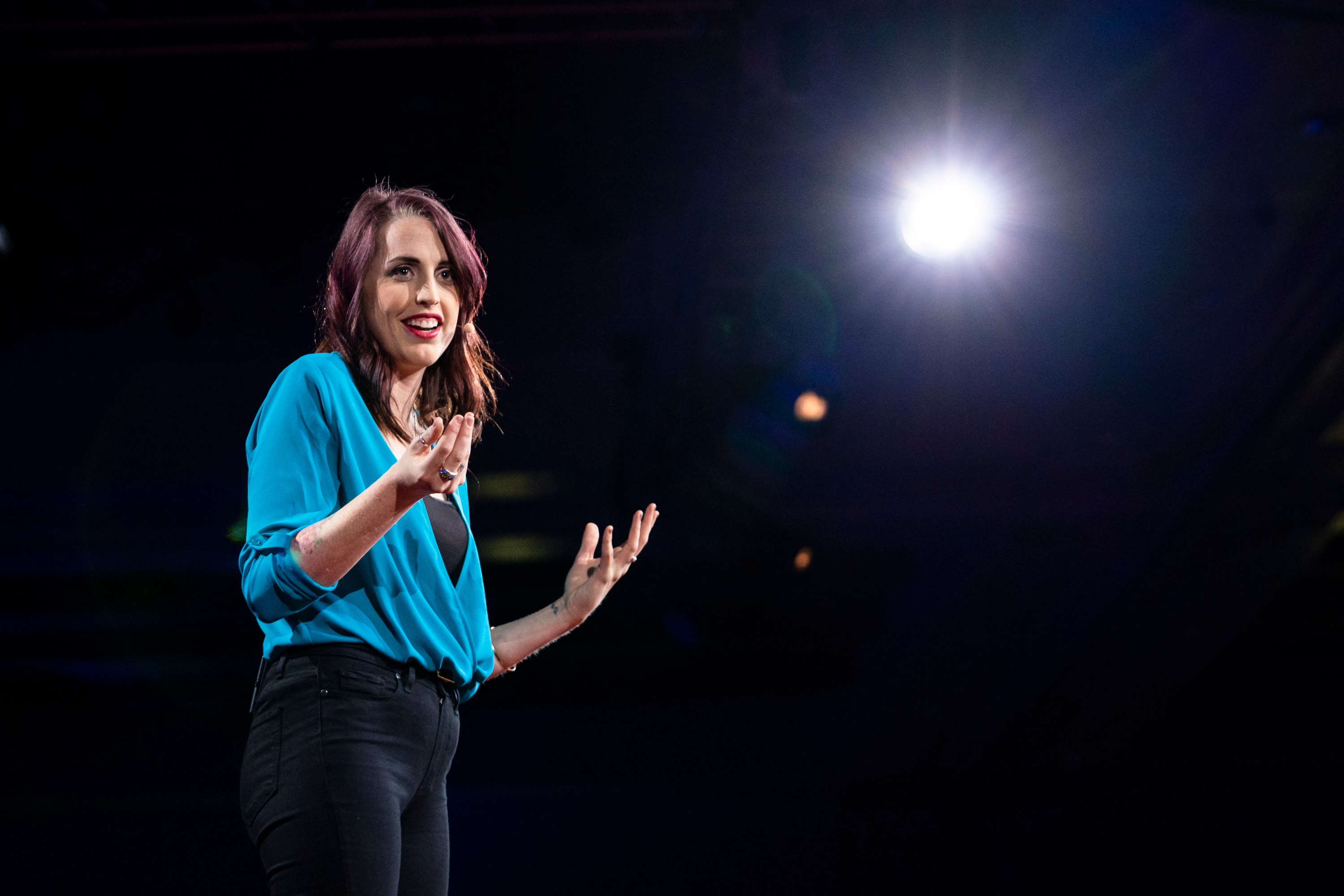 “If there are infinite ways for our bodies to look, our minds to think, personalities to act — wouldn’t it make sense that there’s that much variety in biological sex, too?” asks intersex activist Emily Quinn. She speaks at TEDWomen 2018: Showing Up, on November 29, 2018, in Palm Springs. (Photo: Marla Aufmuth / TED)

Let’s talk about (biological) sex. We put people in boxes based on their genitalia, says intersex activist Emily Quinn, as if what’s between somebody’s legs tells you anything about that person — their kindness, generosity, humor. As an intersex individual who was born with both a vagina and and testicles, Quinn has been told since she was a child (and still as an adult) that her biology puts her at risk — despite the fact that a surgery to remove her genitals would most likely do more physical and emotional harm than good. Quinn asks: What constitutes a man, a woman? Does lacking or having certain organs disqualify a person from being who they are? Much like gender, biological sex exists on a spectrum and shouldn’t be boiled down to just male and female, she suggests. There are so many other human traits that have more than two options — think: hair color, eye color, complexion, height, even noses. Globally, intersex people aren’t rare or new; they’ve existed throughout every culture in history and represent about 2 percent of the global population — the same percentage as genetic redheads. (For scale, 2 percent is roughly about 150 million people, more than the entire population of Russia.) “If there are infinite ways for our bodies to look, our minds to think, personalities to act — wouldn’t it make sense that there’s that much variety in biological sex, too?” Quinn asks.

The weird world of quantum computing. What if you read about a computer that could “teleport” data across space and time, was physically impossible to hack and could simulate biological systems down to their subatomic particles? You’d probably think you were reading a science-fiction novel — but in fact, these are just a few of the real-life possibilities of quantum computers. Computer scientist Shohini Ghose works with quantum computers that store data not as binary zeros and ones, but as a spectrum of probabilities that a particular bit of information is true or false. And if you find that confusing, “don’t worry — you’re getting it.” The best way of understanding these strange devices is to realize that a quantum computer “is not just a more powerful version of our current computers,” she says — it’s something else entirely, “just like a light bulb is not a more powerful candle.” And like the light bulb, quantum computers will one day illuminate technological horizons we can barely imagine. As Ghose puts it: “The future is fundamentally uncertain, and to me, that is certainly exciting.”

A dazzling performance of poetry and song. Alixa Garcia and Naima Penniman of Climbing PoeTree mesmerize the audience with their poems “Being Human” and “Awakening.” In “Being Human,” they explore wonder and imagination, pairing awe-inducing spoken word with a flute and beatboxing performance that defies genres. “We believe creativity is the antidote to destruction,” Penniman says in between pieces. Supported by musicians Claudia Cuentas and Tonya Abernathy, they close out with “Awakening,” combining stunning vocals and ukulele in a powerful tribute to humanity’s fight for truth, justice and freedom.

The “good immigrant” trap. Irish comedian, writer and podcaster Maeve Higgins grew up learning about those who left Ireland, fleeing famine, oppression and seeking a new life. In 2014, she left Ireland herself, moving to Brooklyn on an O1 visa, which is designated for “aliens of extraordinary ability,” or those who have achieved in their fields. Since then, she’s travelled around the US, hearing stories of immigrants who have left their old homes behind in search of a new life. She’s found a pattern in these stories: We divide immigrants into good and bad. While people were celebrating the immigrants of the French national football team during their World Cup win this summer, for instance, migrants were drowning in the Mediterranean, while US politicians shut down the borders their ancestors passed through. This year, the US is on track to accept the fewest refugees in its history, Higgins says. Immigrants are being divided up by what they’re worth — some get O1 visas, while others are shut out. “People should not be considered valuable just because they do something of value to us,” Higgins says. “When we dehumanize another, we dehumanize ourselves. People are valuable because they are people. The moment we forget that, or deny it, terrible things happen.”

A new outlook on the death penalty. Human rights activist Lindy Lou Isonhood comes from a conservative Christian family in a conservative US state — but she’s here to tell us that the death penalty has new opponents. A native of Yazoo City, Mississippi, where the death penalty is “an unspoken part of the culture,” Isonhood was selected to be a juror in a murder case, and voted “yes” to giving a man named Bobby Wilcher the death penalty. After the case, the people around her told her to move on, but she couldn’t; it haunted her that she had sentenced a fellow human to die. She became a “silent survivor,” coping with PTSD on her own — until 12 years later, when Wilcher’s execution date was set. Searching for peace, Isonhood visited Wilcher in jail and apologized for her part in his sentencing. Wilcher forgave her, and after he was granted a last-minute stay, the two kept talking; in the months before his eventual execution, they became friends. After his execution, Isonhood sought out her fellow jury members because she had to know: Was she the only one who had been so deeply affected? What she found: “All those years, and I finally realized I was not the only disillusioned juror.” Now she’s found inspiration in her granddaughters, she says: “Because of my experience, they’re now more equipped to stand on their own and think for themselves.” Out of a dark situation, a sense of hope for the next generation.