Along the remote, frozen coast of Hornstrandir National Park, photographer Chris Burkard (TED Talk: The Joy of Surfing in Ice-Cold Water) and his team were in search of the Shangri-La of ice-cold surfing. Instead, they encountered Iceland’s biggest storm to hit land in 25 years. The challenges and hardships that transpired over those few days, Burkard captured in his film Under an Arctic Sky, a multi-dimensional journey that documents how even the darkest of storm clouds can still have a silver lining — and may just lead to the perfect surf. 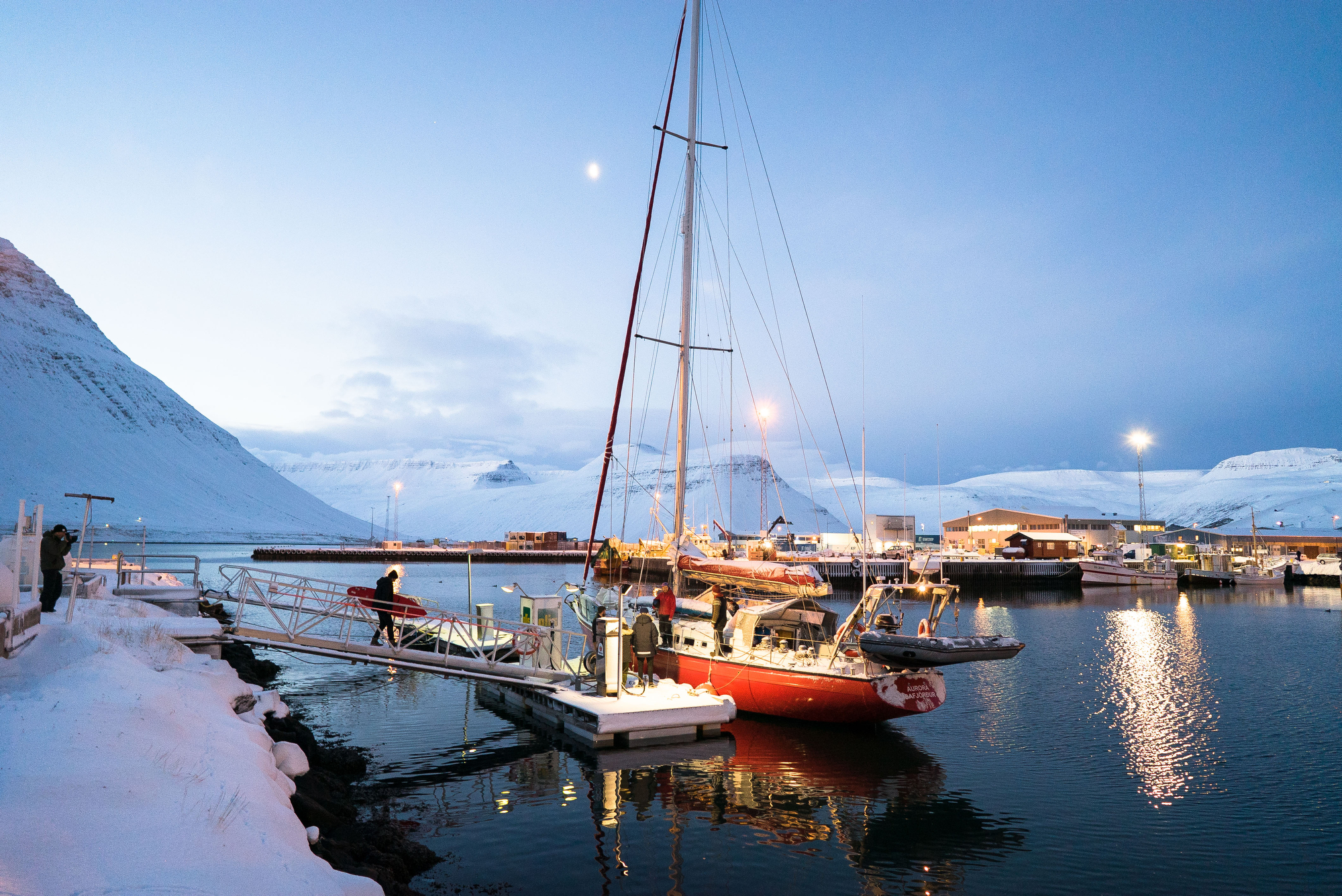 This particular trip to Iceland wasn’t Burkard’s first — in fact, he had been almost 30 times before. What drew him back was the familiar call of a new adventure and, most important, a willing soul to take him and his team out to an incredibly remote region in the middle of winter. “Ultimately, there was this draw to just tell one more final story and to have one more challenge,” Burkard says. “That challenge for me was always to explore this one specific area, this one specific peninsula that hadn’t really been explored for surf potential.” 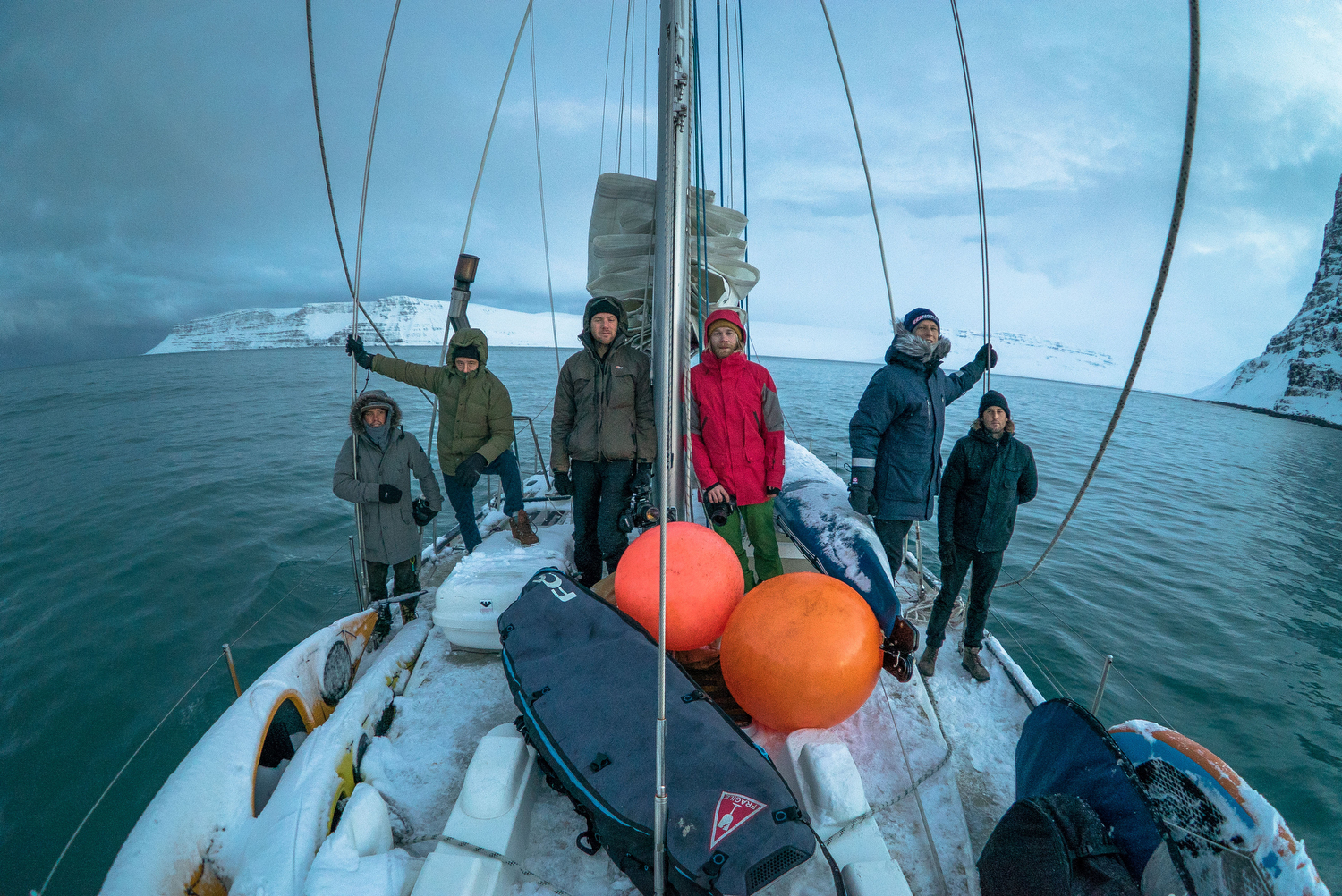 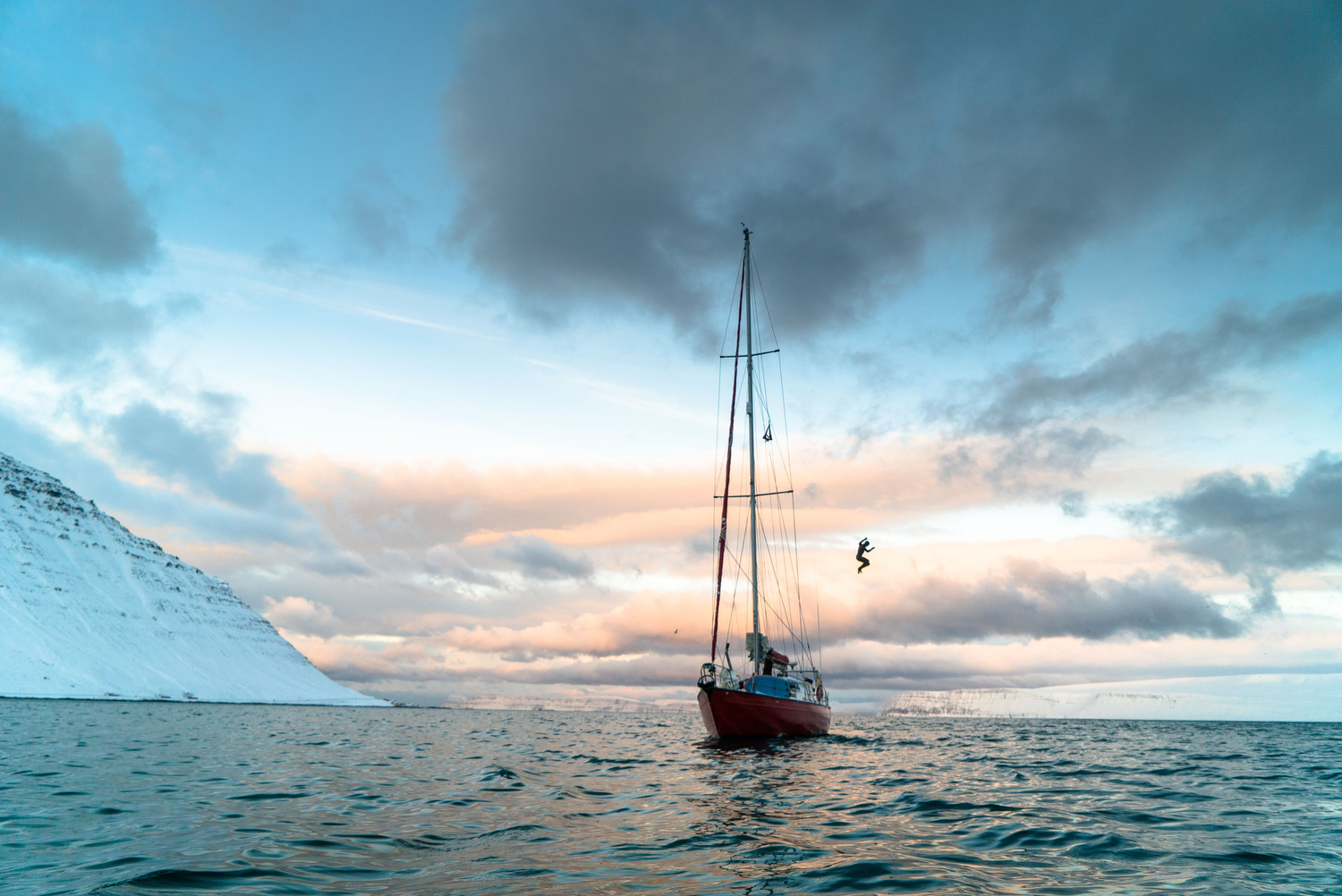 Taking the plunge on the eve of a tempest

When Burkard and his band of surfers first made the long trek out to the isolated Westfjords of Iceland, they had only been on the water for a day and a half — the original plan was to be out for at least four days — before their boat captain warned them of an approaching storm, potentially one of the biggest he’d ever seen. At the time, no one knew how massive the storm would become. Severe storm Diddú, the first-ever named storm in Iceland’s history, brought wind speeds of more than 160mph, rain and snow, according to local media. “Luckily, we had the foresight to basically get off the water and get back on the land,” says Burkard. “That’s when it really came in, that was when it really hit for the next 24 hours.” 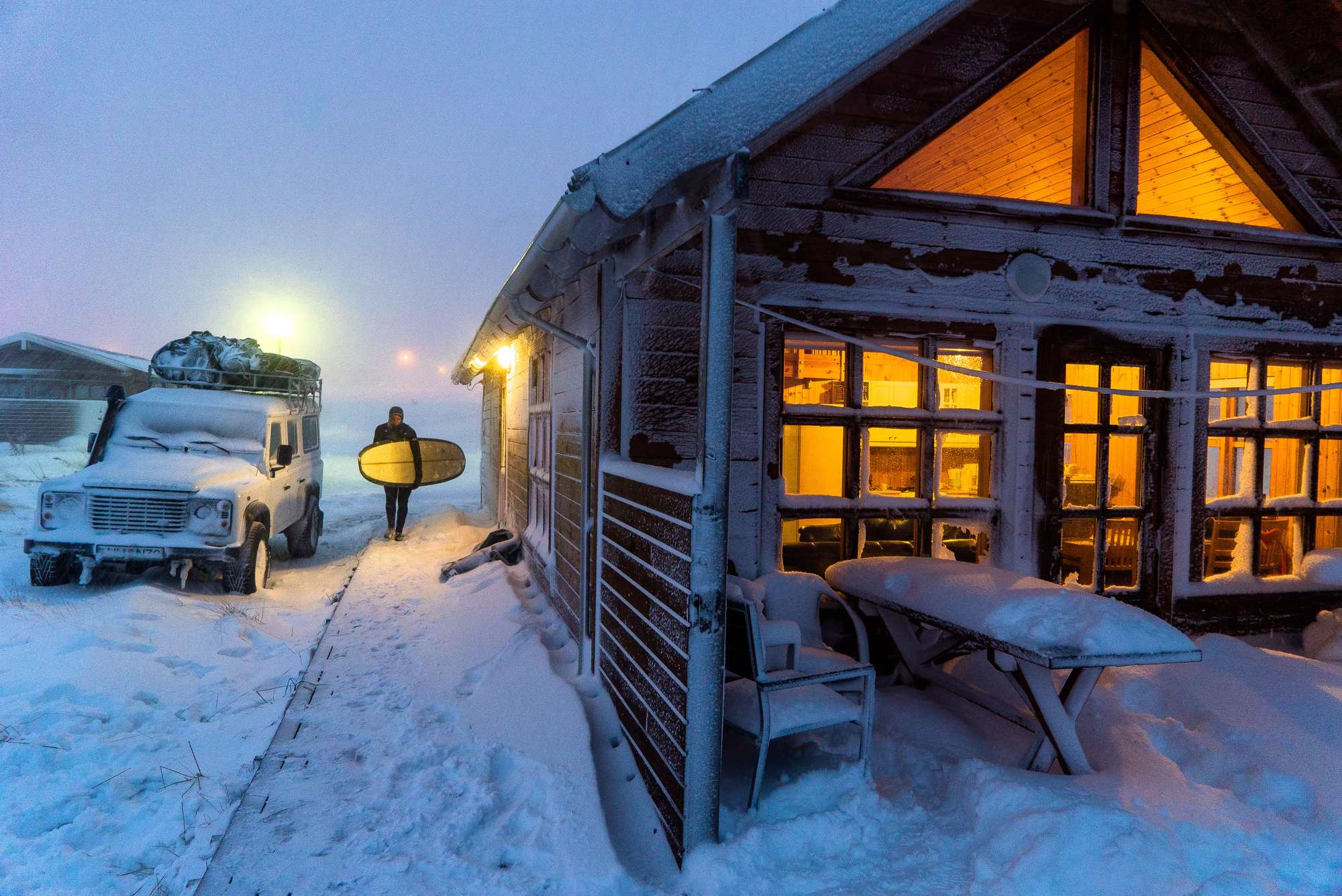 Refuge as the storm rages

The moment they touched land, the storm struck. Burkard and his team were left with a big decision to make — take shelter in the little town where they landed, or keep moving forward in their quest for surf? They decided to press onwards through the storm, but were met with more and more hazardous obstacles. A drive that was planned to take about six hours took almost 18 hours because of road closures due to avalanche danger. “We eventually didn’t make it — we got stuck in a small cabin in the middle of nowhere, having to dig our car out of multiple roadslides of snow,” says Burkard. “It just became a total nightmare.” 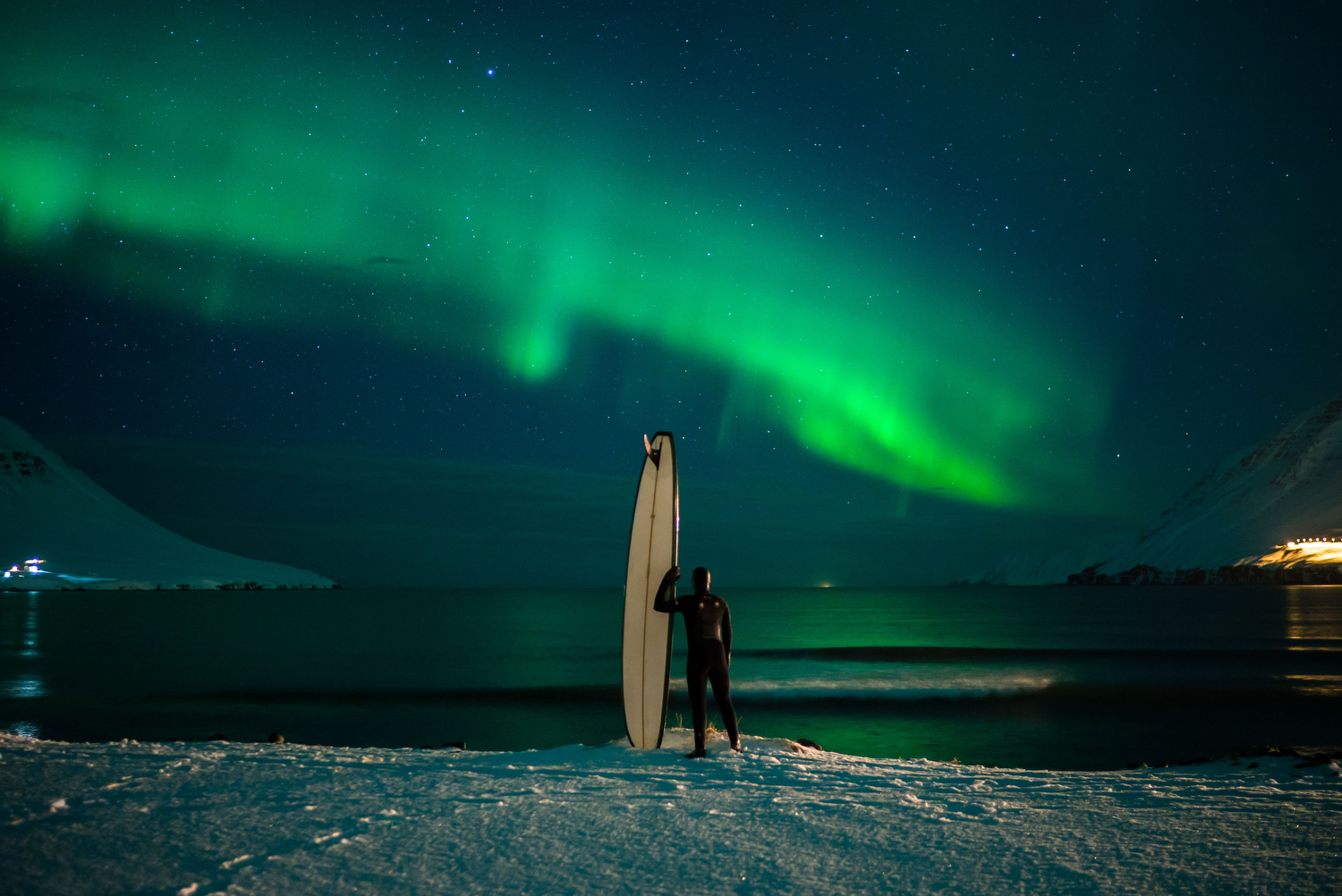 A silver lining, tinged by the aurora borealis

The surfers’ battle against the elements left them in an entirely different part of Iceland, so far north that they encountered the Northern Lights when their ambitious travels delivered them safely behind the storm’s ire. “On the backside of that swell came some of the most legendary surf conditions you could ever envision,” says Burkard. “I’d always dreamt of shooting surfers under the Northern Lights.” 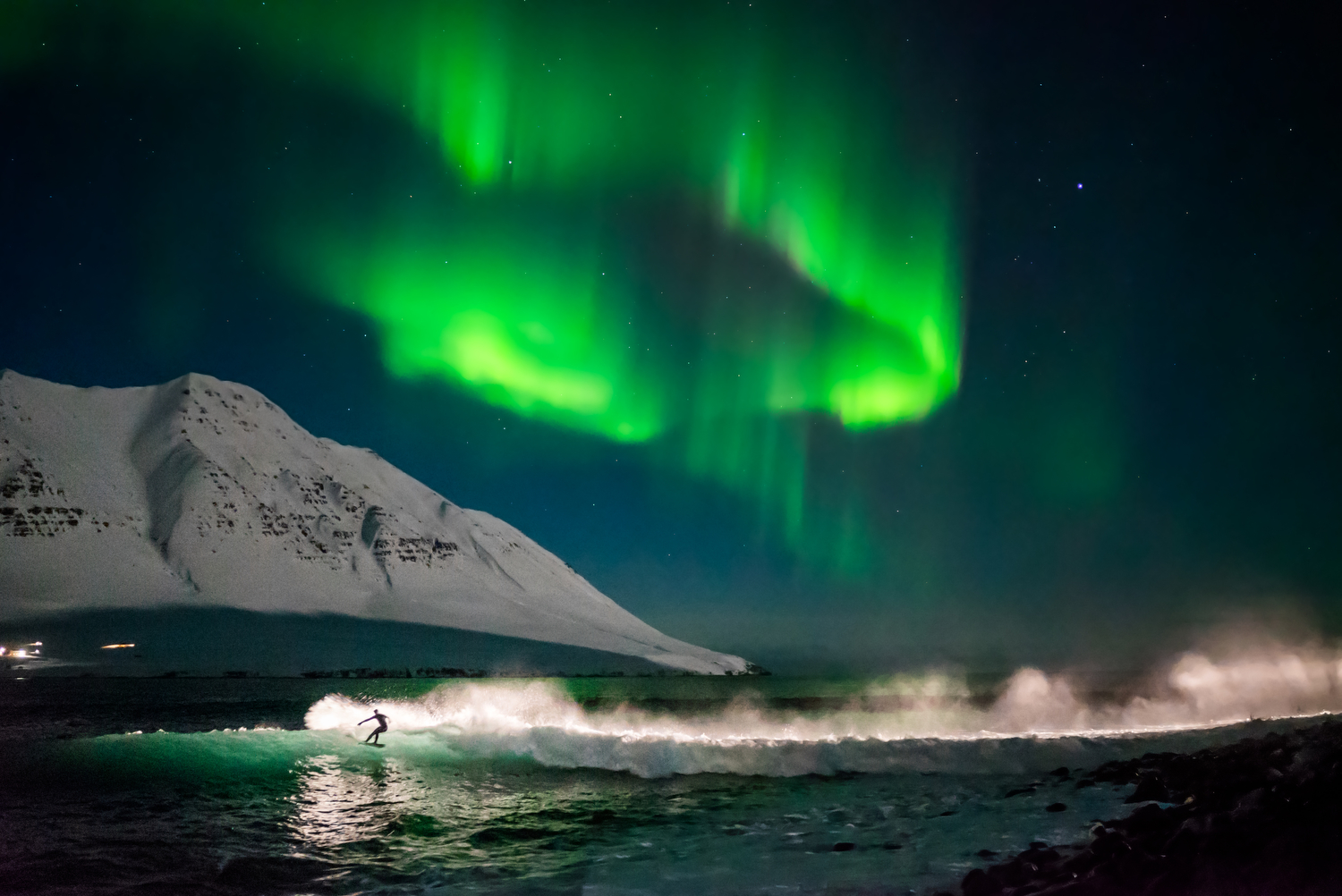 “In terms of the most gratifying experience, I think it would have easily been just the opportunity to sit there under the Northern Lights and see perfect waves peeling,” says Burkard. “To capture that footage and to know: That was maybe the first time anybody’s ever done that.” 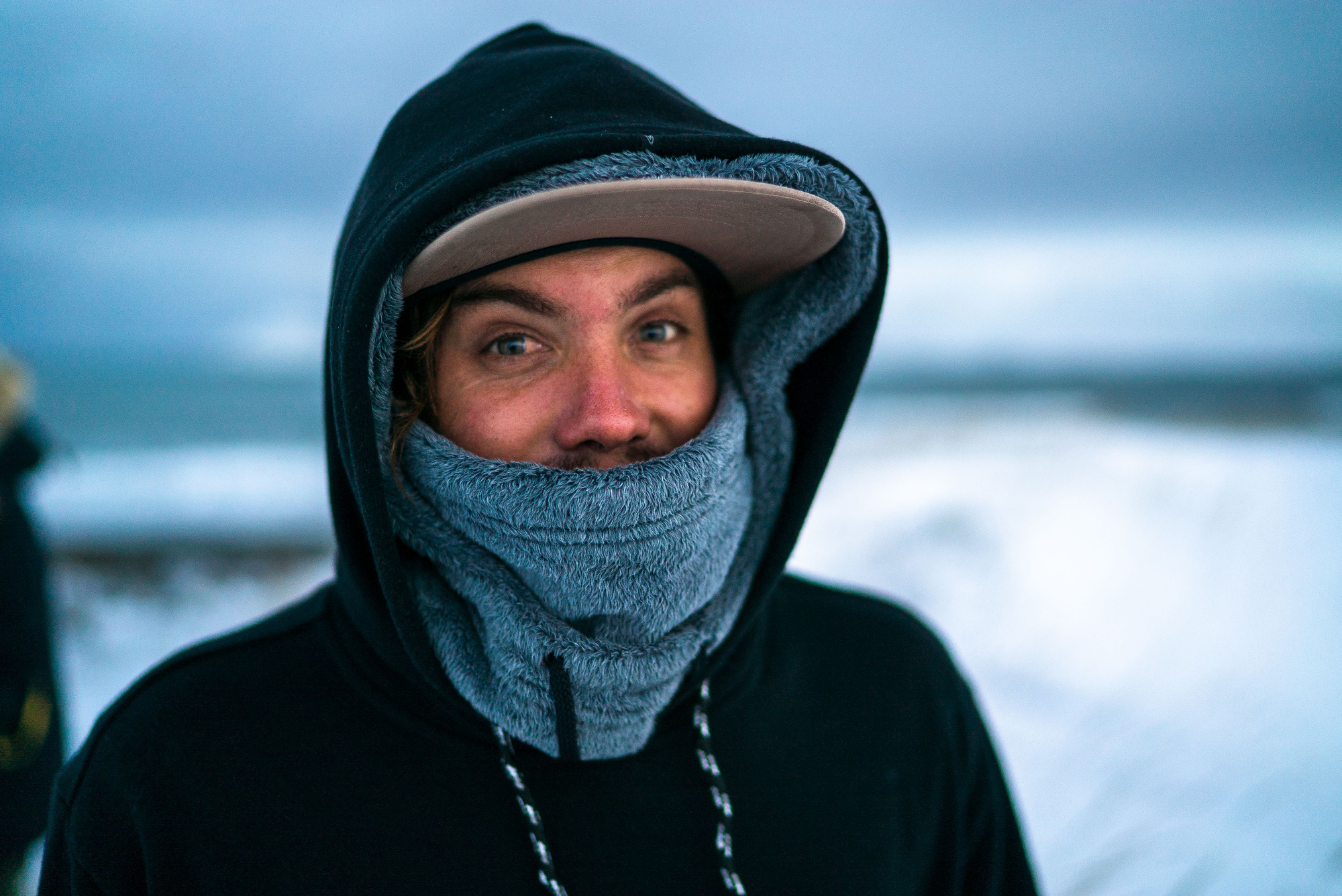 “[We want] to inspire people to seek experiences outside their comfort zone, and to think about those crazy ideas that you have in your head,” says Burkard. “Not to shun them off so quickly, but actually think about how you could accomplish it.” 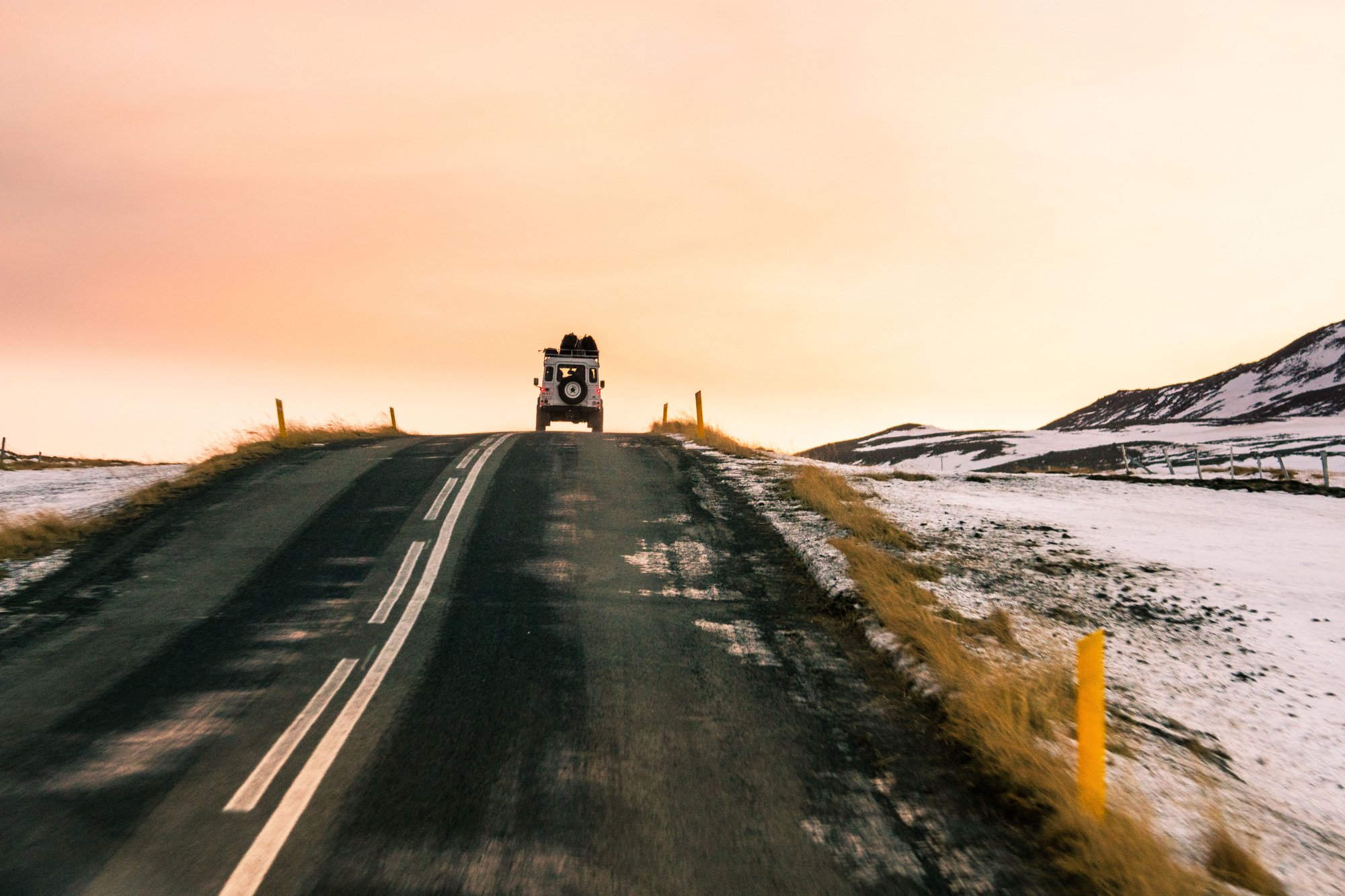 On the never-ending road to adventure

“I guess I’m just continually trying to reinvent the way I can see the world,” says Burkard. “I think in the end, as a storyteller — not as a photographer or as a filmmaker, but as a storyteller — we aim to live the stories that we experience.”

Under an Arctic Sky will premiere at Tribeca Film Festival in April 2017. See dates and get tickets for the film tour.