Crazy Rich Asians, a new Hollywood film that is an adaptation of the best-selling book by Kevin Kwan, topped the box office over the weekend, proving the “power of diversity (again).” The romantic comedy is a major motion picture with big studio backing and a reported budget of $30 million. For Hollywood it also presents […]

The School in the Cloud, a documentary on Sugata Mitra’s TED Prize wish, makes its premiere

. At the School in the Cloud learning lab in the village of Korakati, India, students sit on colorful stools in front of computer screens, talking over Skype to educators in England and Germany. So it might be surprising to discover that this high-tech education center was built in a place that can only be […]

Along the remote, frozen coast of Hornstrandir National Park, photographer Chris Burkard (TED Talk: The Joy of Surfing in Ice-Cold Water) and his team were in search of the Shangri-La of ice-cold surfing. Instead, they encountered Iceland’s biggest storm to hit land in 25 years. The challenges and hardships that transpired over those few days, […]

The plot of ‘Interstellar,’ in 10 TED Talks

Since the first teaser in late 2013, we’ve been in countdown mode for Interstellar, Christopher Nolan’s new outer-space epic that promises to blast us through space and time and wormholes. If you’re as excited as we are but can’t clear three hours to go see the whole movie, here’s the plot we could figure out […]

Writer/director Stewart Thorndike is working on a trio of female-driven horror films — sharp, low-budget psychological thrillers. Her first installment, Lyle, stars Gaby Hoffman as a mother trying to protect her toddler from sinister forces. Thorndike is now running a Kickstarter campaign to fund the second film, Putney, which is billed as being about “a […]

A bold and lyrical vision of China’s future, from our founding video director

In a city of dusty orange skies and water panics, one mysterious delivery driver sees everything. “The Sand Storm,” a lyrical short film from TED Talks’ founding video director, Jason Wishnow, is filled with quietly arresting images of an imagined future China. Within the film’s nine-and-a-half minutes, Wishnow imagines how love, crime and hope will […]

Fisher Stevens produced The Cove, the 2009 Oscar-winning documentary about dubious Japanese dolphin-hunting practices, and his latest film takes him back into familiar waters. Stevens co-directed the newly-released doc Mission Blue, spending the last four years trekking around the world—from the Galapagos Islands to the Chesapeake Bay to the Great Barrier Reef—with unstoppable oceanographer Sylvia […]

Sylvia Earle is a fearless 78-year-old woman. In the new documentary Mission Blue, we watch her dive with sharks in the deep blue sea and fearlessly dodge fishing nets as she swims through the middle of a major fishing operation. The film offers a bold new view of the famed oceanographer whose relentless pursuit of […]

This wow of a video premiered today in Berlin at the first TEDSalon in Germany. Filmmaker Christopher Kippenberger, a pioneer in using drones, asked artists and independent filmmakers to pick a Berlin landmark and use camera-equipped drones to capture it on video. Some of them flew the aircraft daringly over places that have never been […]

The math behind the movies: An interview with Tony DeRose of Pixar

Pixar films are known for their thoughtful storytelling and groundbreaking animation. One of the coolest things about these movies: the math that Pixar’s team is actually inventing to improve the audience experience and the look of the characters. We caught up with Pixar’s Research Lead, Tony DeRose—who gave the TED-Ed Lesson, “The math behind the movies,” about how arithmetic, trigonometry […]

[youtube=http://www.youtube.com/watch?v=mpOjnXcy8NE&w=586&h=330] During the Oscars, I got teary at three things: Lupita Nyong’o’s acceptance speech, the “In memoriam” montage and Google’s filmmaking-themed ad that ran toward the end of the night. This ad, titled “We’re all Storytellers,” showed young filmmakers experimenting with their craft and , on a night all about the power of film, it […]

The composer who scores TED on his latest movie, “Ping Pong Summer”

You know the intro video that plays before any TED Talk — that 7-second clip that shows a drop of water rippling out into either space or a neural network, depending on who you talk to? Well, Michael Montes is the person who created the music for it. This longtime composer also just scored the […]

What is the effect of violence on a life’s narrative? TED Fellow and photojournalist Jon Lowenstein has lived in the South Side of Chicago for about a decade — first working as a teacher, photographer and community liaison at an elementary school and subsequently engaging with his African American neighbors to document life in this […] 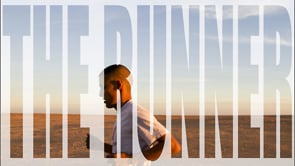 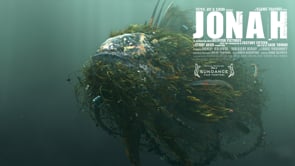 Two best friends inadvertently turn their hometown in Zanzibar into a tourist attraction, in this short film directed by TED Fellow Kibwe Tavares. How did they do it? By taking a chance photograph of a gigantic fish — far bigger than a human being — leaping out of the nearby water. The film, called Jonah, […]