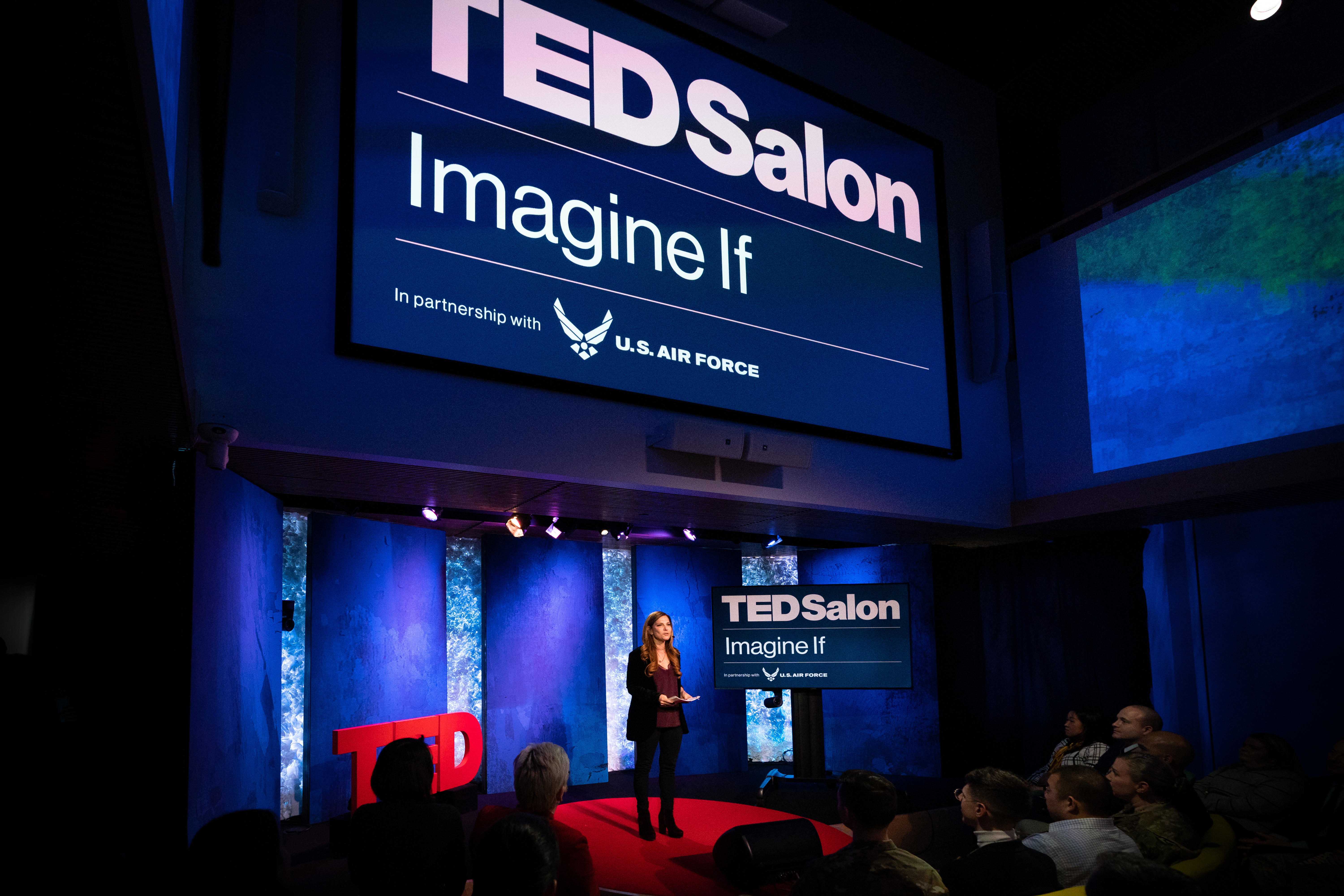 Curator Bryn Freedman invites the audience to imagine a world we all want to live in, as she kicks off the TED Salon: Imagine If, presented in partnership with the U.S. Air Force. (Photo: Ryan Lash / TED)

When and where: Thursday, February 21, 2019, at the TED World Theater in New York City

Music: Rapper Alia Sharrief, performing her songs “My Girls Rock” and “Girl Like Me”

The big idea: Imagination is a superpower — it allows us to push beyond perceived limits, to think beyond the ordinary and to discover a new world of possibilities.

New idea (to us anyway): We may be able to vaccinate against PTSD and other mental illnesses.

Good to be reminded: Leaders shouldn’t simply follow the pack. They need to embrace sustainability, equality, accountability — not just the whims of the market. 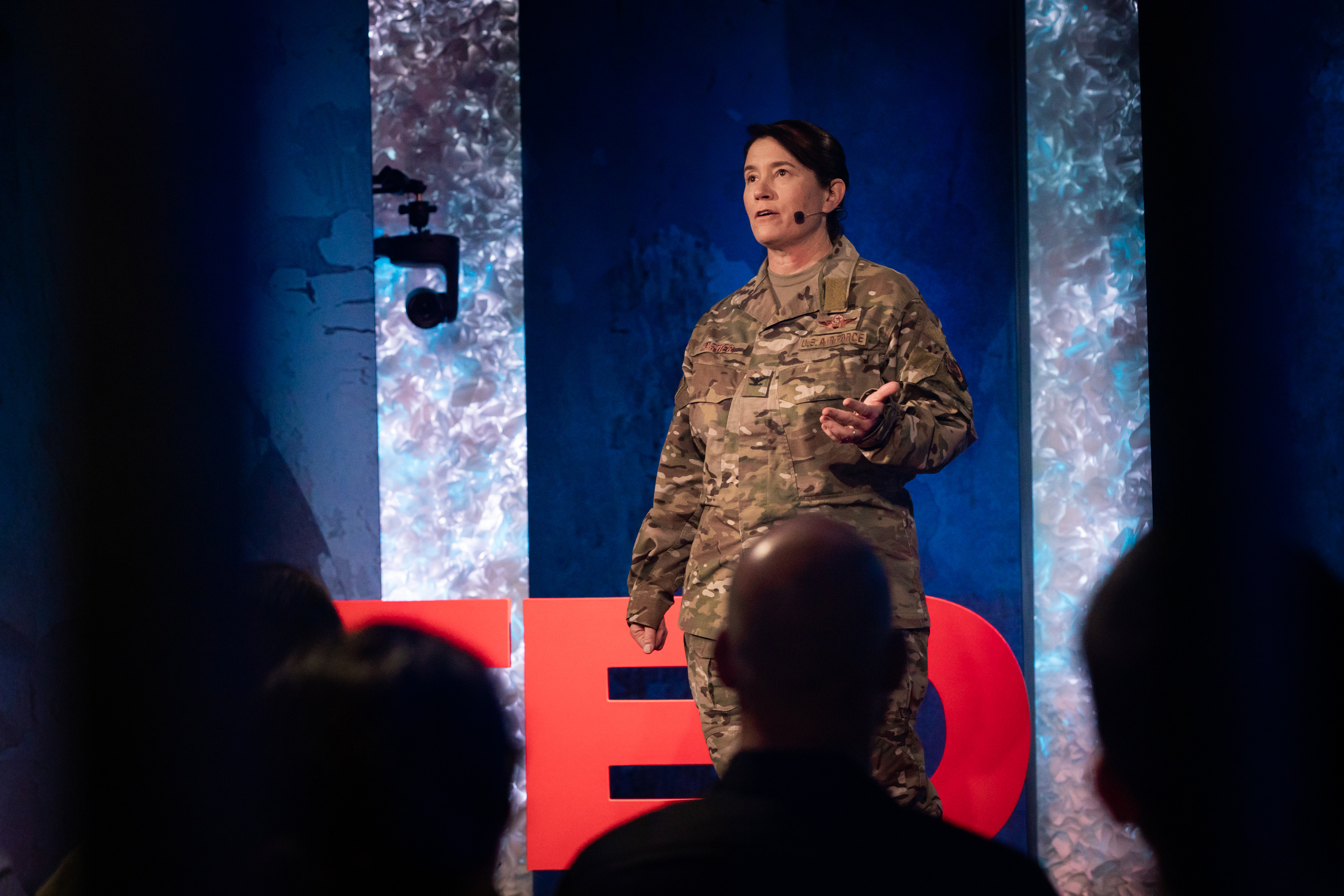 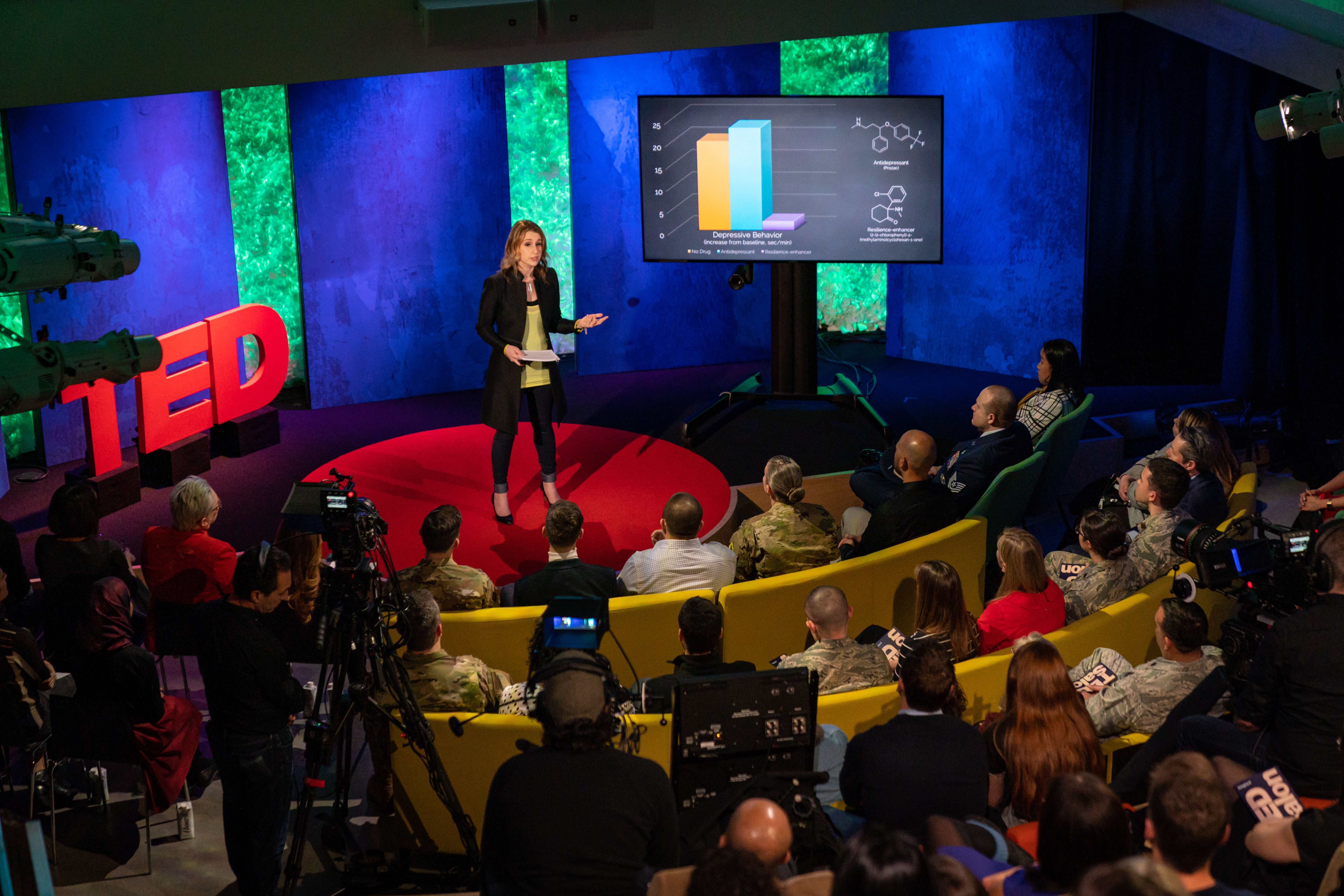 Could we put a stop to mental illnesses like depression and PTSD before they develop? Rebecca Brachman explores the potential of a new class of drugs called “resilience enhancers.” (Photo: Dian Lofton / TED) 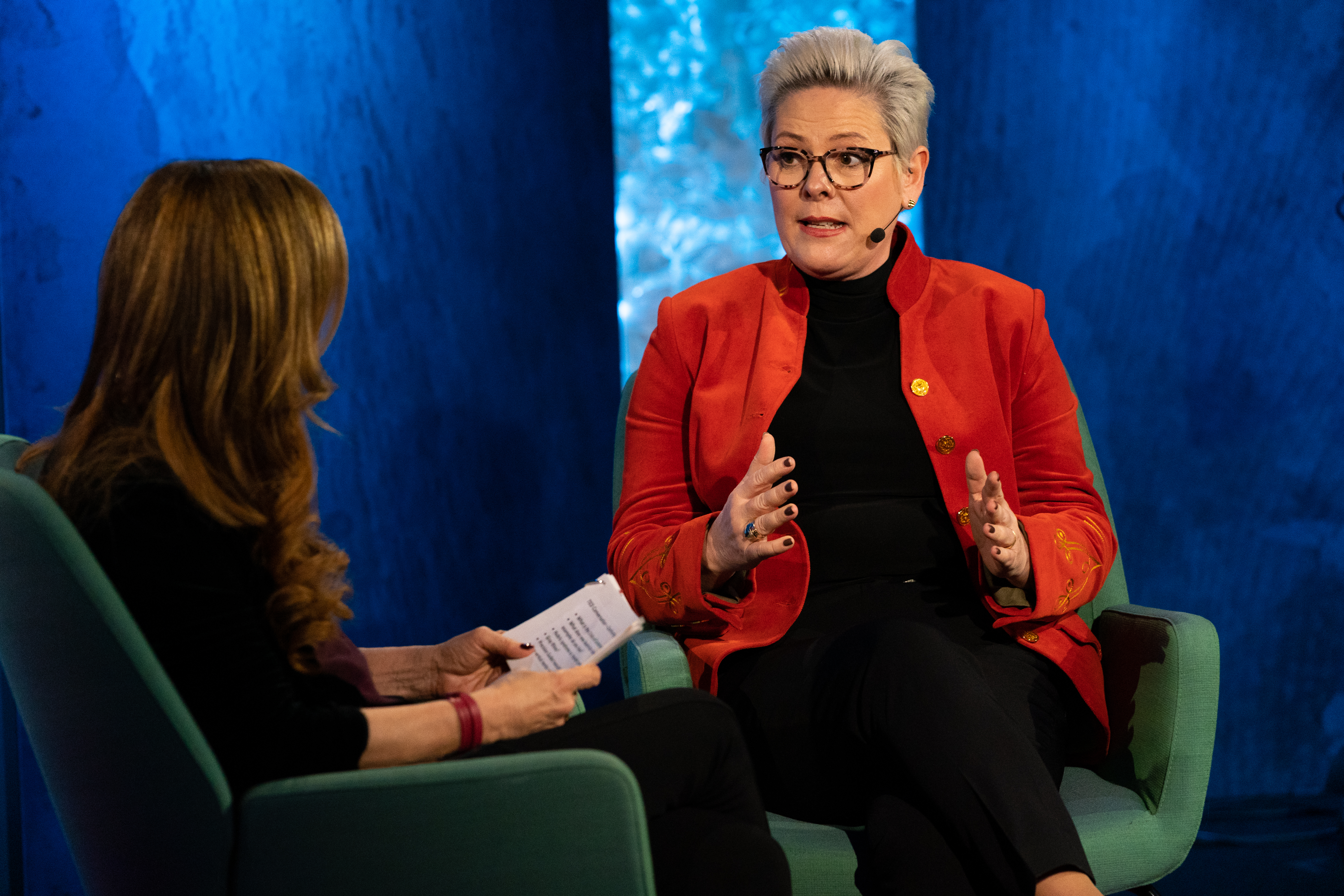 Curator Bryn Freedman interviews executive (and former candidate for president of Iceland) Halla Tómasdóttir about how we can transform corporate leaders and businesses for a better world. (Photo: Ryan Lash / TED) 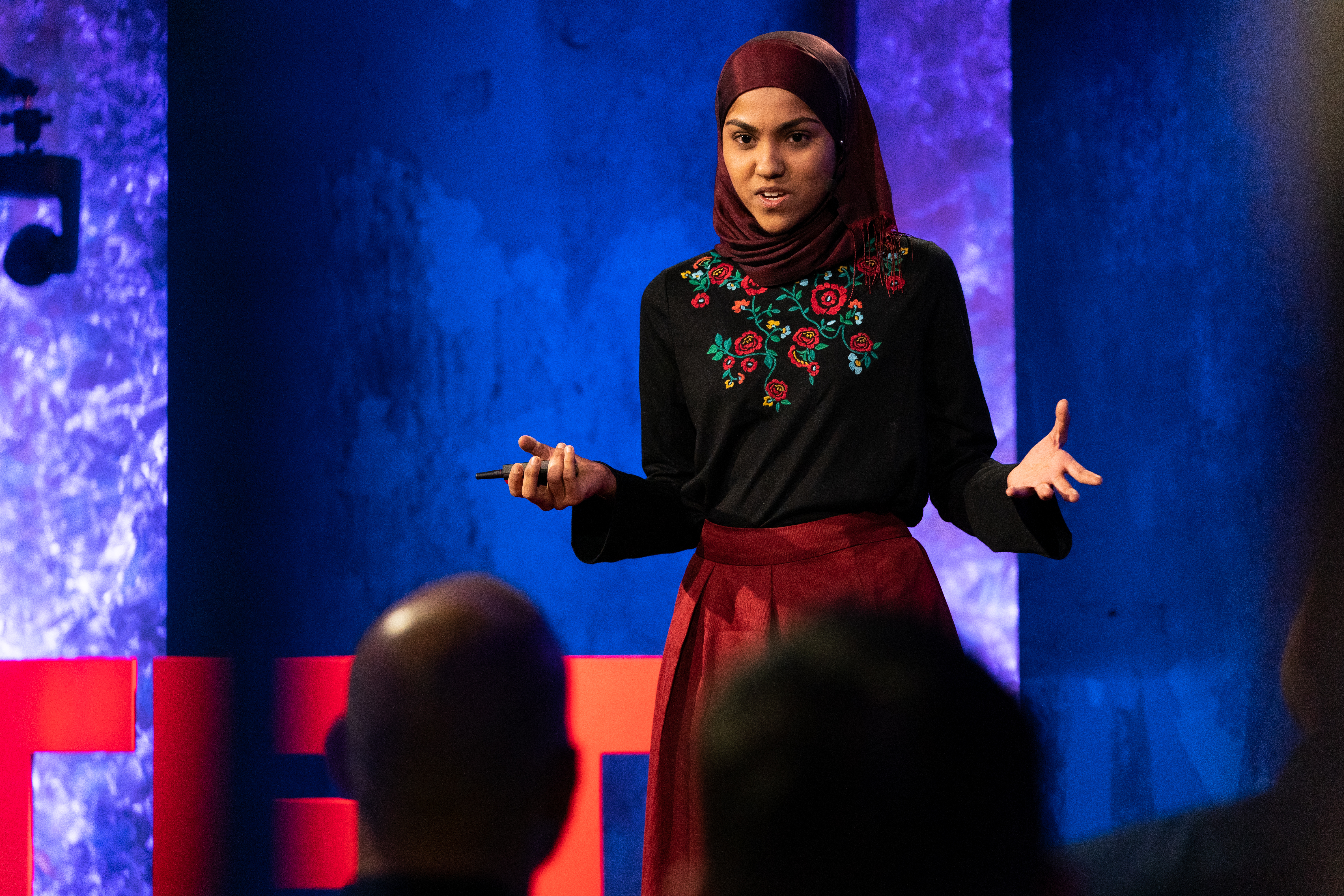 Why do teens seem to make so many bad decisions? Kashfia Rahman searches for an answer in psychological effects of risk-taking. (Photo: Ryan Lash / TED)