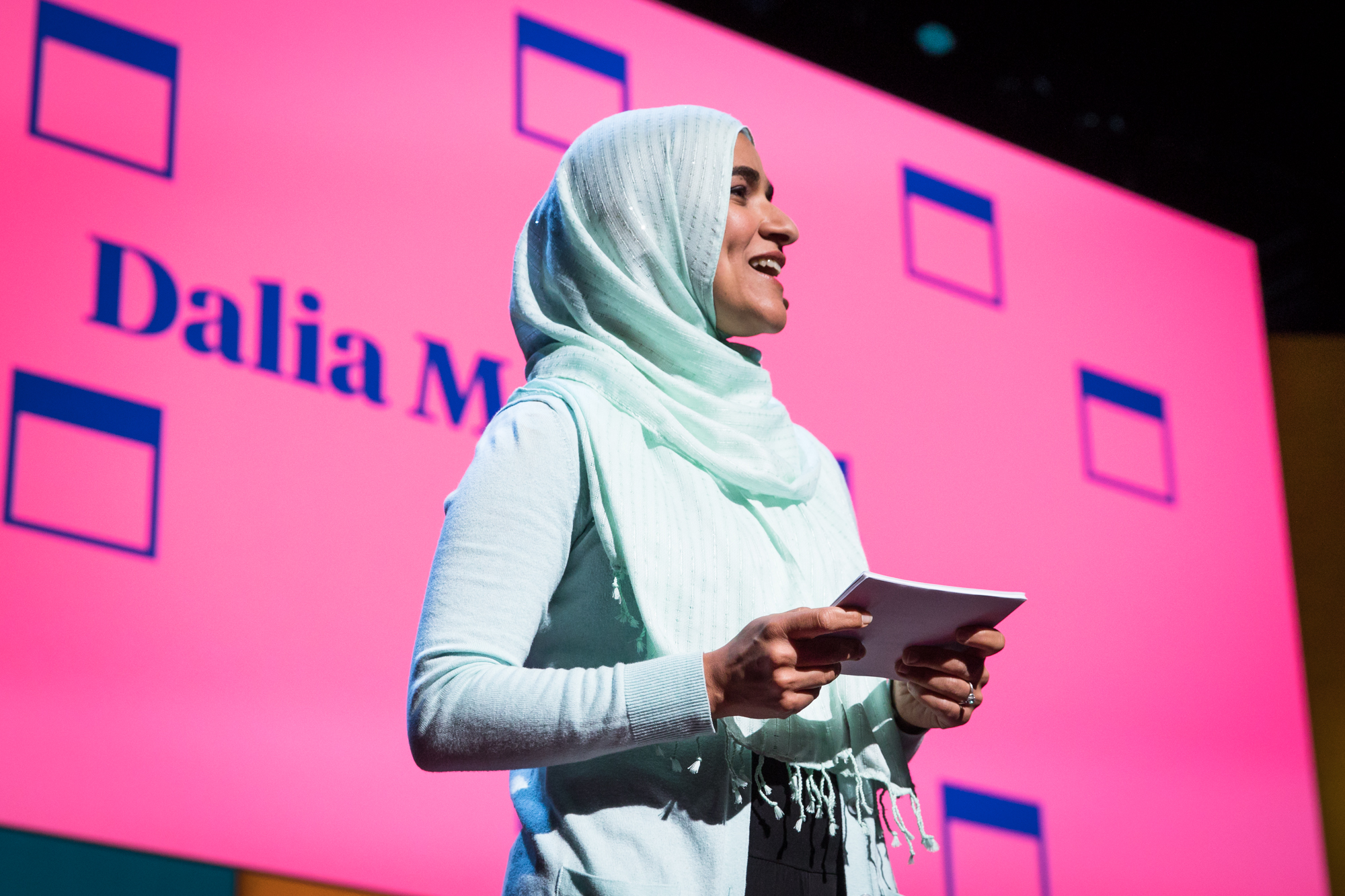 “TED is about challenging convention and deepening our understanding of the world around us by considering, even for just a few moments, a radically different way to look at things,” says Dalia Mogahed, host of Session 5 of TEDWomen 2016 at the Yerba Buena Center for the Arts in San Francisco.

In the conference’s penultimate session, thought leaders, activists and scientists challenge us to reimagine how we learn, work and build. Through explorations of some topics we’d rather not discuss — and discussions of innovative ways to solve old problems — each of the session’s seven speakers leave us with a sense of hope for a better way to engage in our global community. 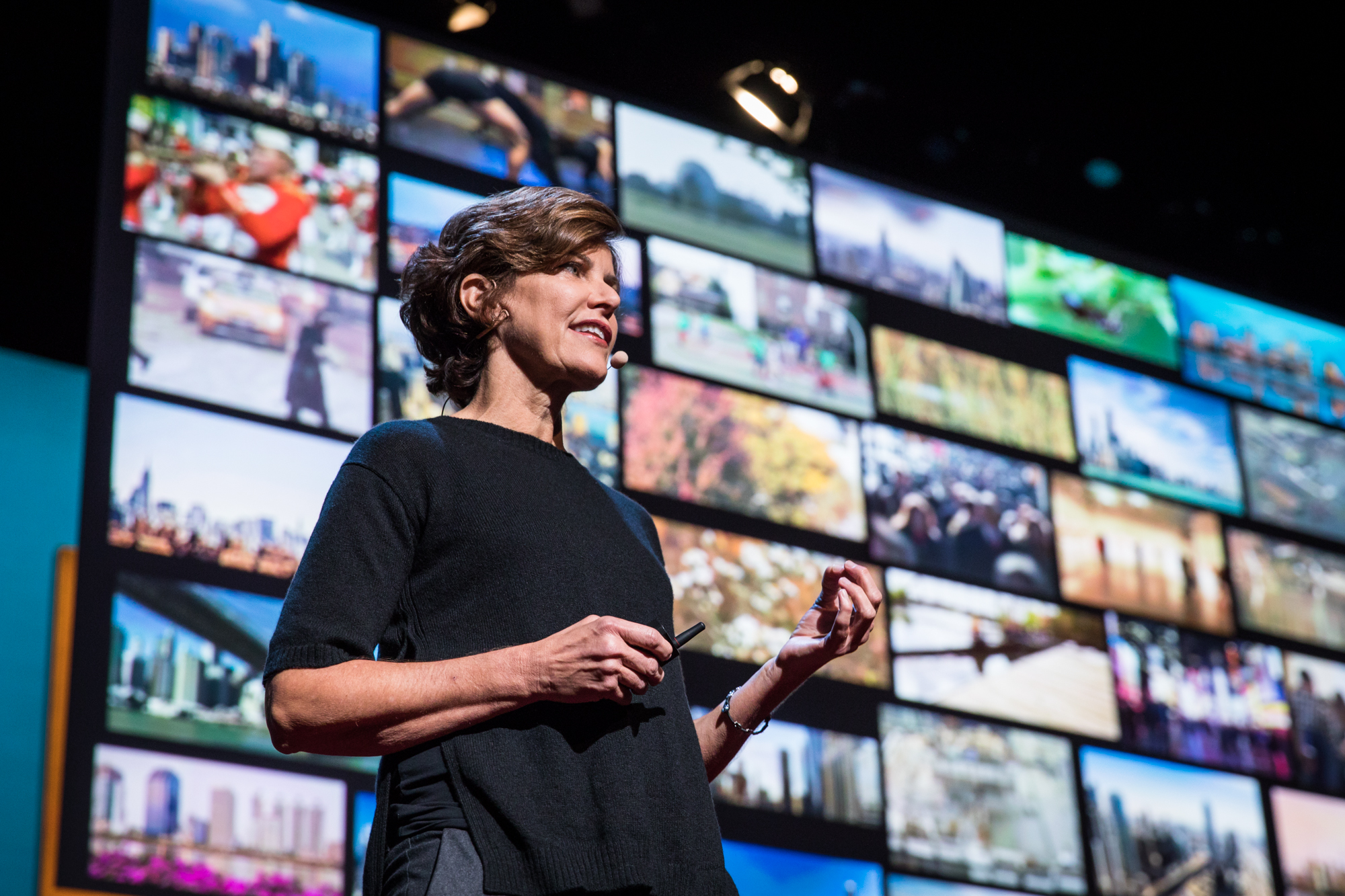 Architecture 101: think about humans before construction. “People think architects design buildings — and cities — but what we really design are relationships,” says Jeanne Gang, a renowned architect and MacArthur fellow. When relationships are at the core of structural design, the lighting and the distribution of space can help instill trust, communication and harmony in communities. Gang describes design choices for projects she led to reinvigorate a student population, bring together a racially segregated city and foster community in a high-rise apartment in the heart of Chicago. She’s adamant about the role of architecture in solving social problems, like climate change, and the responsibility of designers to create timeless and impactful spaces. “The act of making,” she says “is a social activity.” 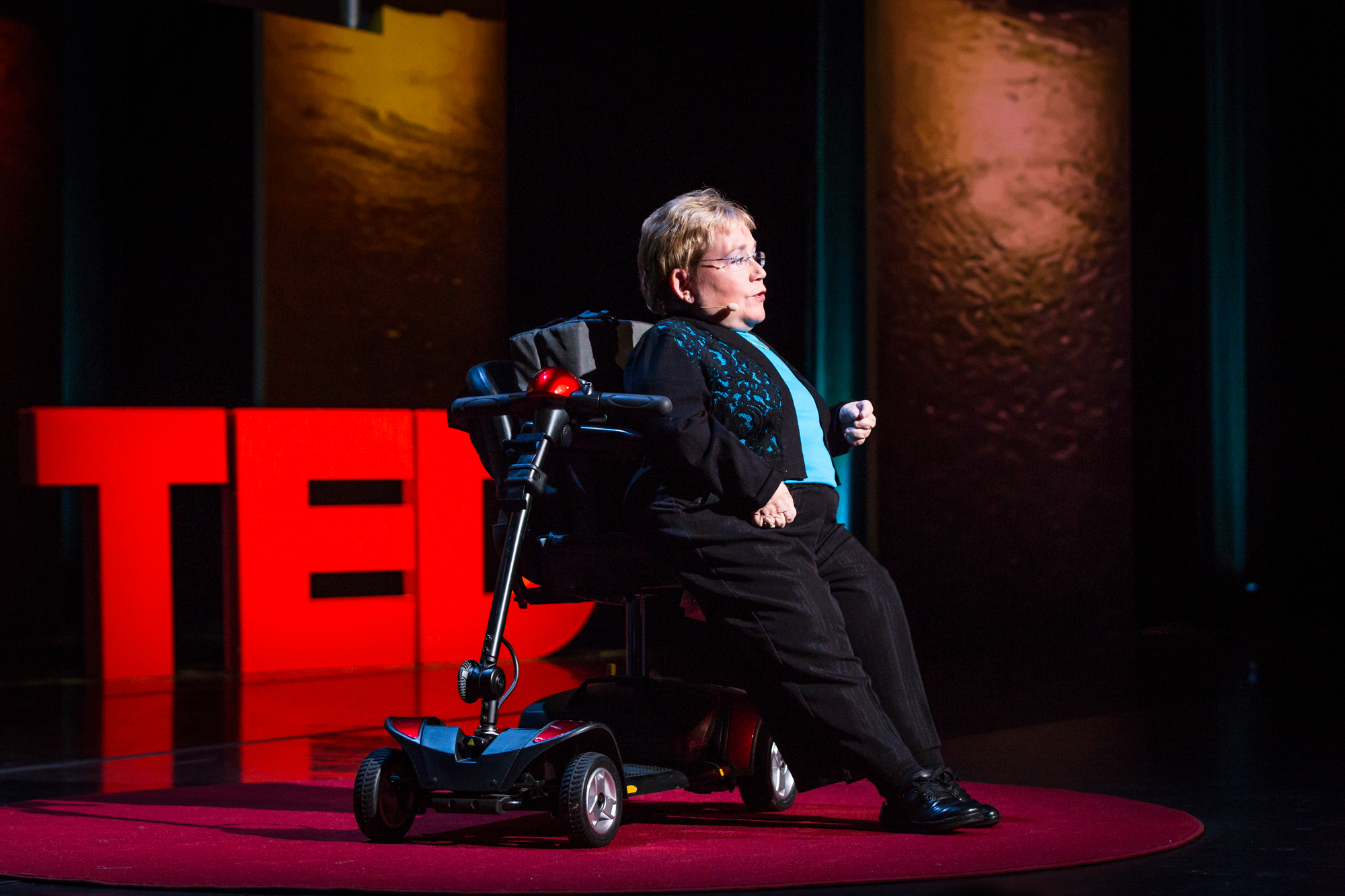 “None of us are just what you can see — we’re all dealing with things you can’t see,” says Michele L. Sullivan. She spoke at TEDWomen 2016 in San Francisco. (Photo: Marla Aufmuth / TED)

Asking for help is a strength, not a weakness. Caterpillar Foundation president Michele L. Sullivan started learning difficult, eye-opening lessons on her very first day of kindergarten, when her classmates asked her: “Why do you look different?” Her confidence shattered, Sullivan hated being in public for years after, feeling every stare and pointed finger. “As a child, you can’t understand another child’s curiosity — or adult’s ignorance,” she says. Sullivan excelled in the classroom, and she made school a priority, eventually going on to earn an MBA. There were difficulties along the way. At her first job interview, Sullivan says, the biggest challenge of the day wasn’t the interview — it was finding a way to get into the building, which wasn’t handicap accessible. (She got the job anyway.) In her life, she chooses to focus on her experiences with gracious strangers who help her with small acts of kindness each day. “The only shoes you truly can walk in are your own,” she says. “But with compassion, courage and understanding, we can walk together, side by side.” 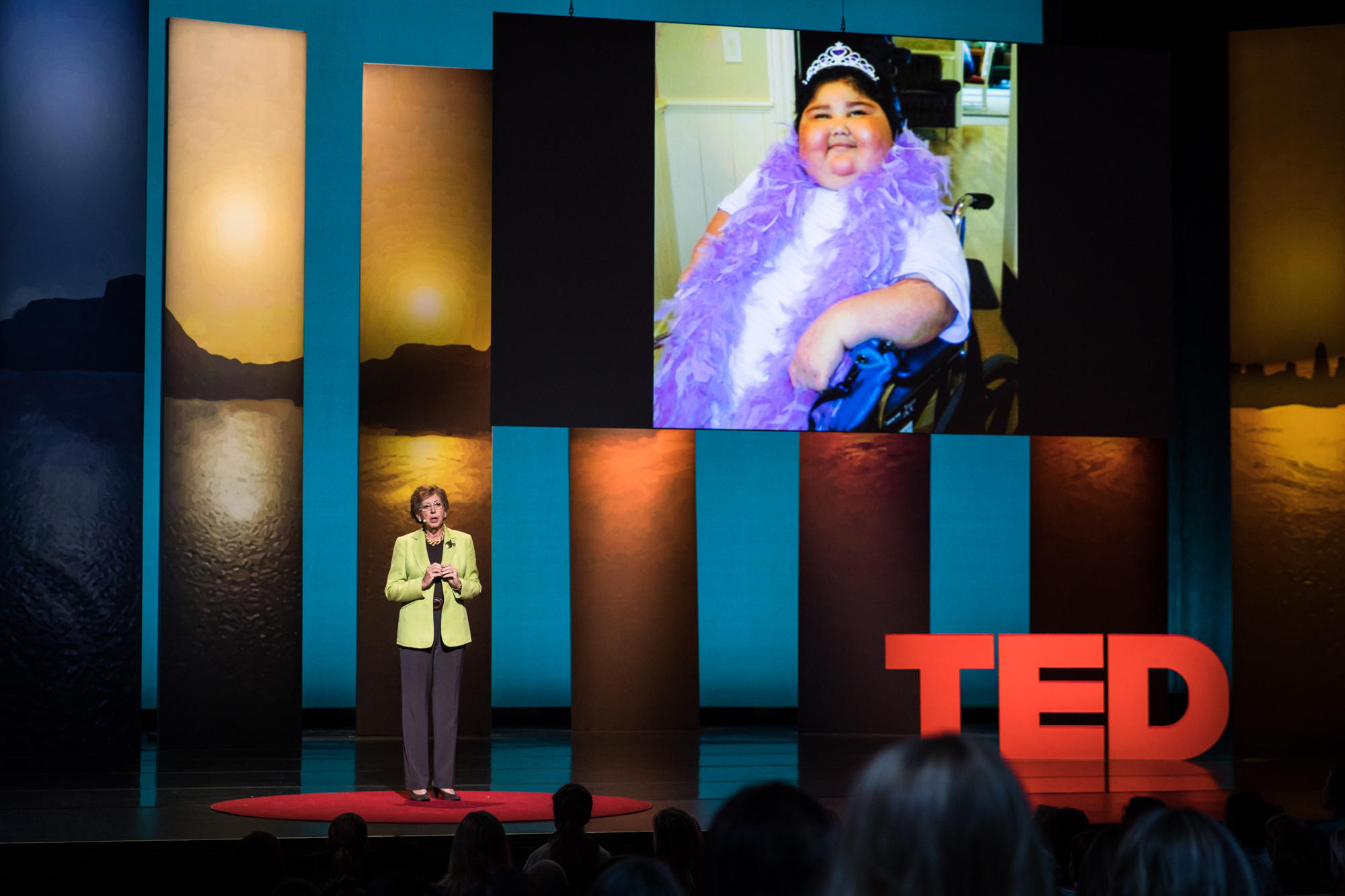 A peaceful place to say goodbye. Death is common and inevitable — but for the youngest among us, untimely death is tragedy like no other. Terminally ill children deserve to enjoy the time they have left, says pediatric psychologist Kathy Hull, rather than waste it surrounded by the morose beeps and harsh fluorescent lights of a hospital’s pallid walls. To honor and celebrate these young lives cut short, Hull founded a palliative care home for children where they can be gently and warmly guided toward peaceful rest. “Ultimately, life is too short, whether you live 85 years or just 8,” she says. “How long any of us lives is out of our control. What we can control is what we do with our days, the spaces we create, the joy and meaning we make. We cannot change the outcome, but we can change the journey.” 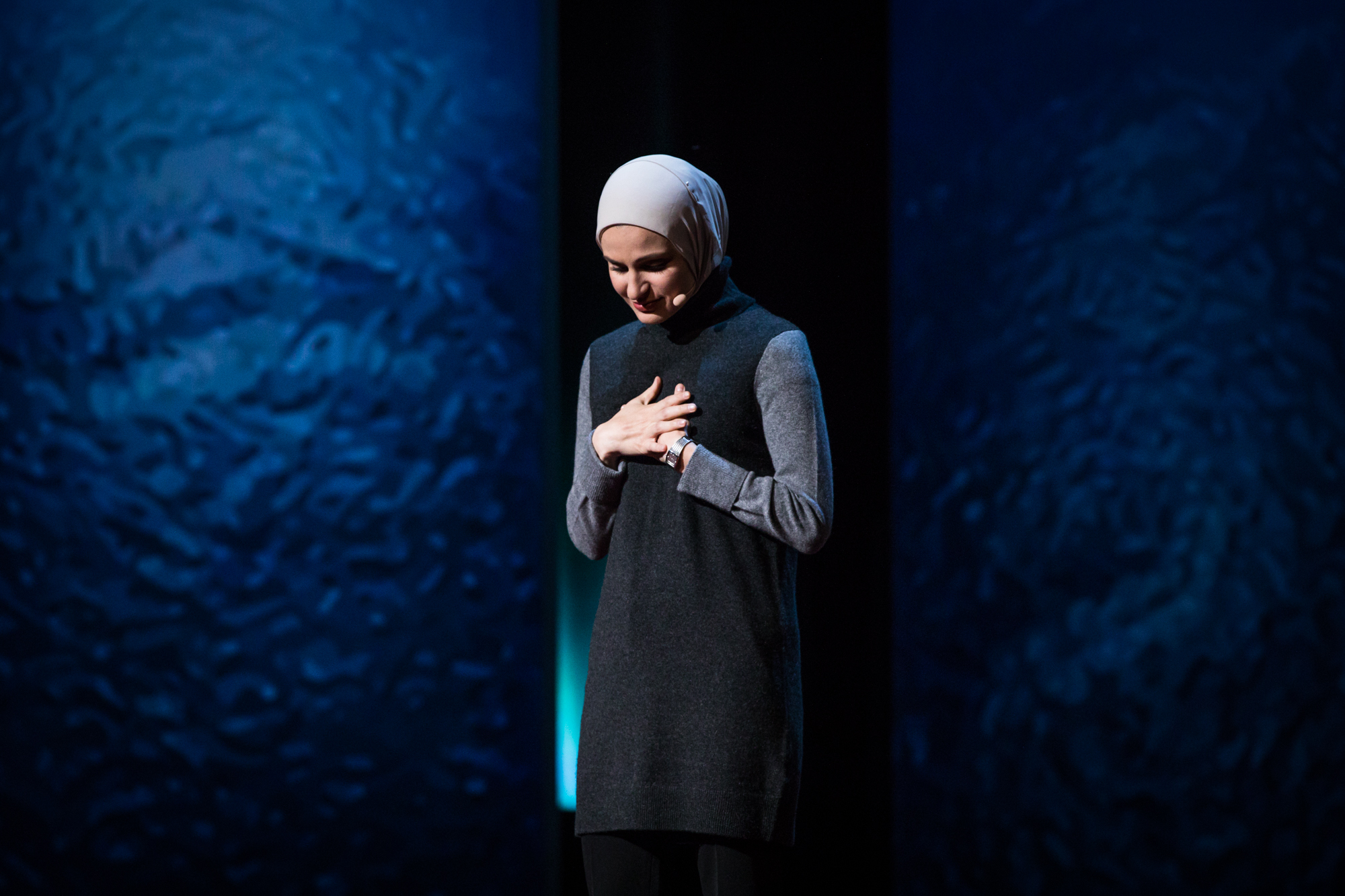 Suzanne Barakat spoke — powerfully, personally, movingly — about standing up for those who face hate and discrimination, onstage at TEDWomen 2016. Photo: Marla Aufmuth / TED

The cost of silence. On February 10, 2015, Suzanne Barakat‘s brother Deah, her sister-in-law Yusor and her sister Razan were murdered by their neighbor — who then claimed he killed them because of a parking dispute. The perpetrator’s story went unquestioned by the media and local police, until Barakat spoke out to call the crime what it really was: a hate crime. The help of their neighbor Neal, a journalist, allowed the Barakat family to regain control of the narrative around their family members’ deaths and raise awareness of the mainstreaming of anti-Muslim hatred. “We can all agree that bigotry is unacceptable, but when we see it we’re silent, because it makes us uncomfortable,” she says, but that silence comes with devastating consequences. She asks us all to consider what resources and expertise we can use to speak up and actively express our allyship with those who face hate and discrimination. “When we raise our collective voices, that is when we stop the hate,” she says. 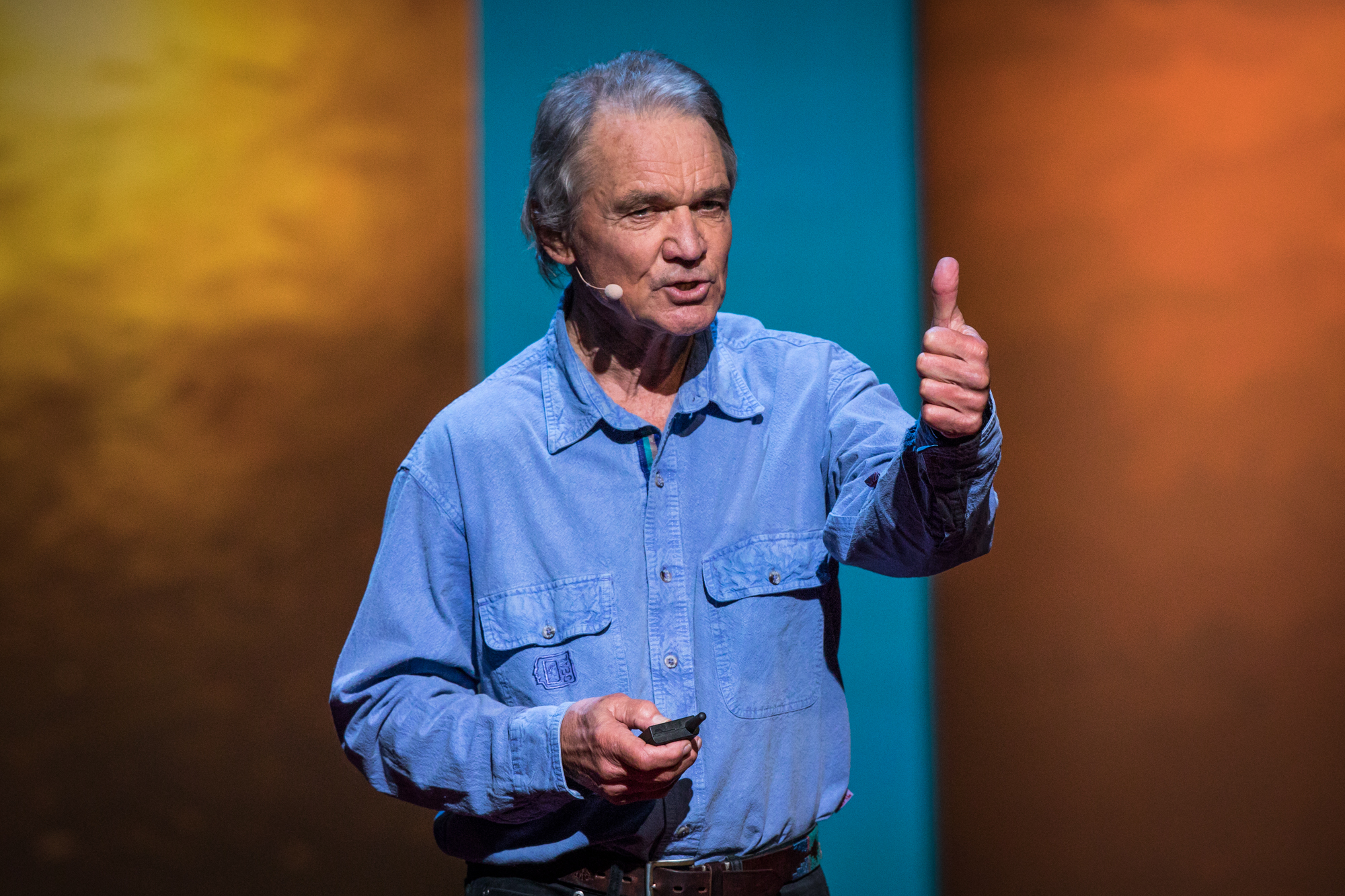 Unlocking the poet in all of us. When astronauts from the Apollo 8 mission traveled to the moon in December 1968, they reflected on the perspective created by the distance between themselves and the planet they had just departed, documenting their journey in an iconic photograph of the Earth rising above the moon’s horizon. But in the almost 50 years since the date of that original photograph, many of the forests, wetlands, peat beds and arctic sea-ice has vanished from the Earth’s landscape, a statistic that Ian McCallum identifies as an alarming consequence of our “ecological amnesia.” “Simply put,” he says, “we have forgotten where we come from,” as many of the Earth’s natural habitats and wild animals continue to disappear in the wake of human population growth and development. McCallum argues that scientists, and indeed all people, must adopt the power of poetry in order to change the way we interact with our environments, harnessing those “voices that speak of anger, outrage, beauty and care in the same breath.” Indeed, we must all strive to be keystone individuals, creatures that play an essential role in maintaining the integrity of ecosystems and who promise of a consciousness capable of redefining our sense of history, our sense of nature and our sense of stewardship. 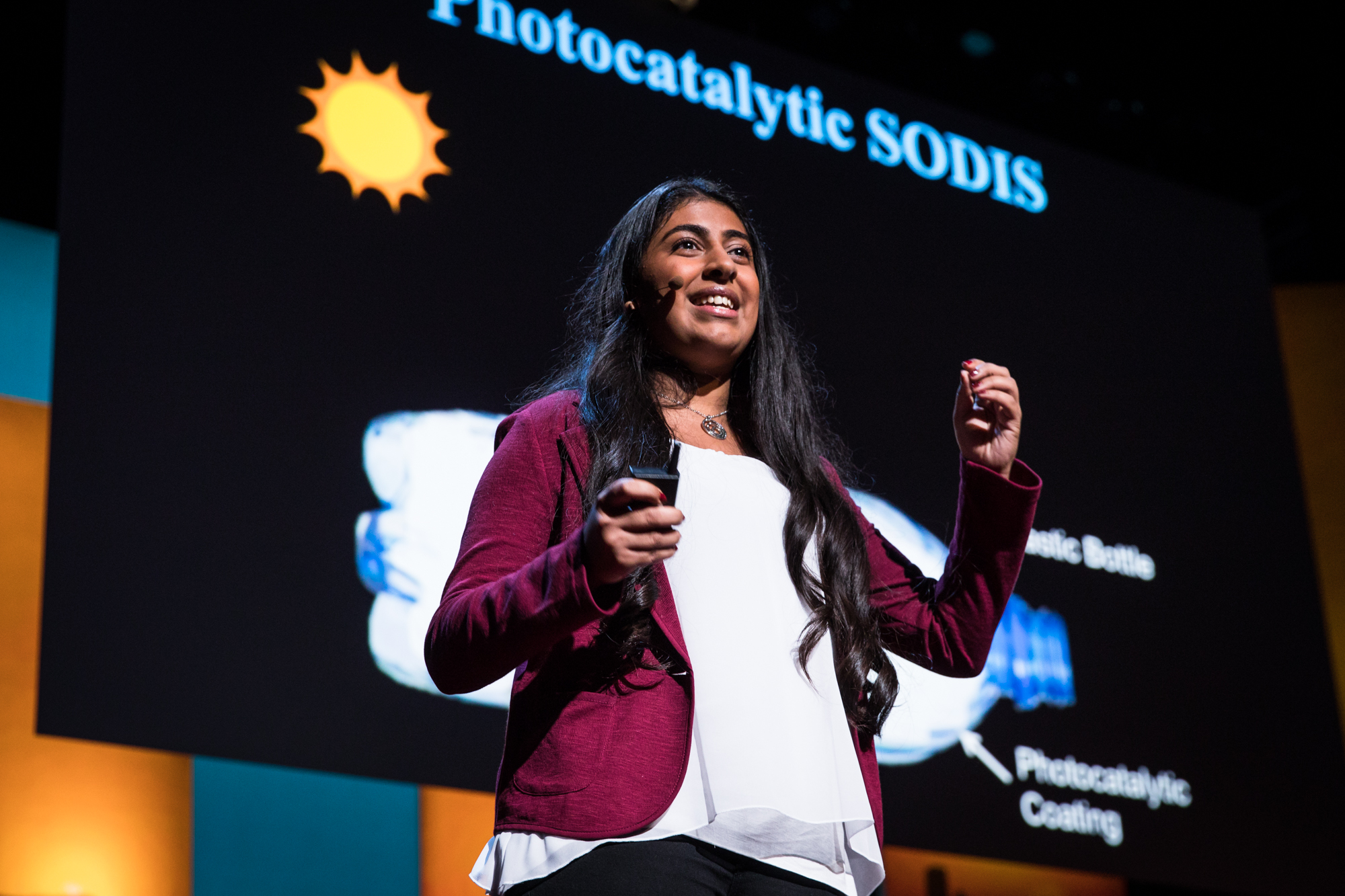 Clean water for all. Deepika Kurup determined to solve the global water crisis at the age of 13, after she witnessed children outside of her grandparents’ home in India drinking water she felt was too dirty to even touch. Her research began in her family’s kitchen without any high-tech equipment and then expanded … into the garage. In 2015 she won the National Geographic Explorer Award in the Google Science Fair. Kurup’s water purification system combines cement and photocatalysts, materials that speed up chemical reactions, to harness both UV and visible light to kill bacteria and make water safe to drink. Best of all, the young scientist’s design is fast, safe, sustainable and cost-effective. 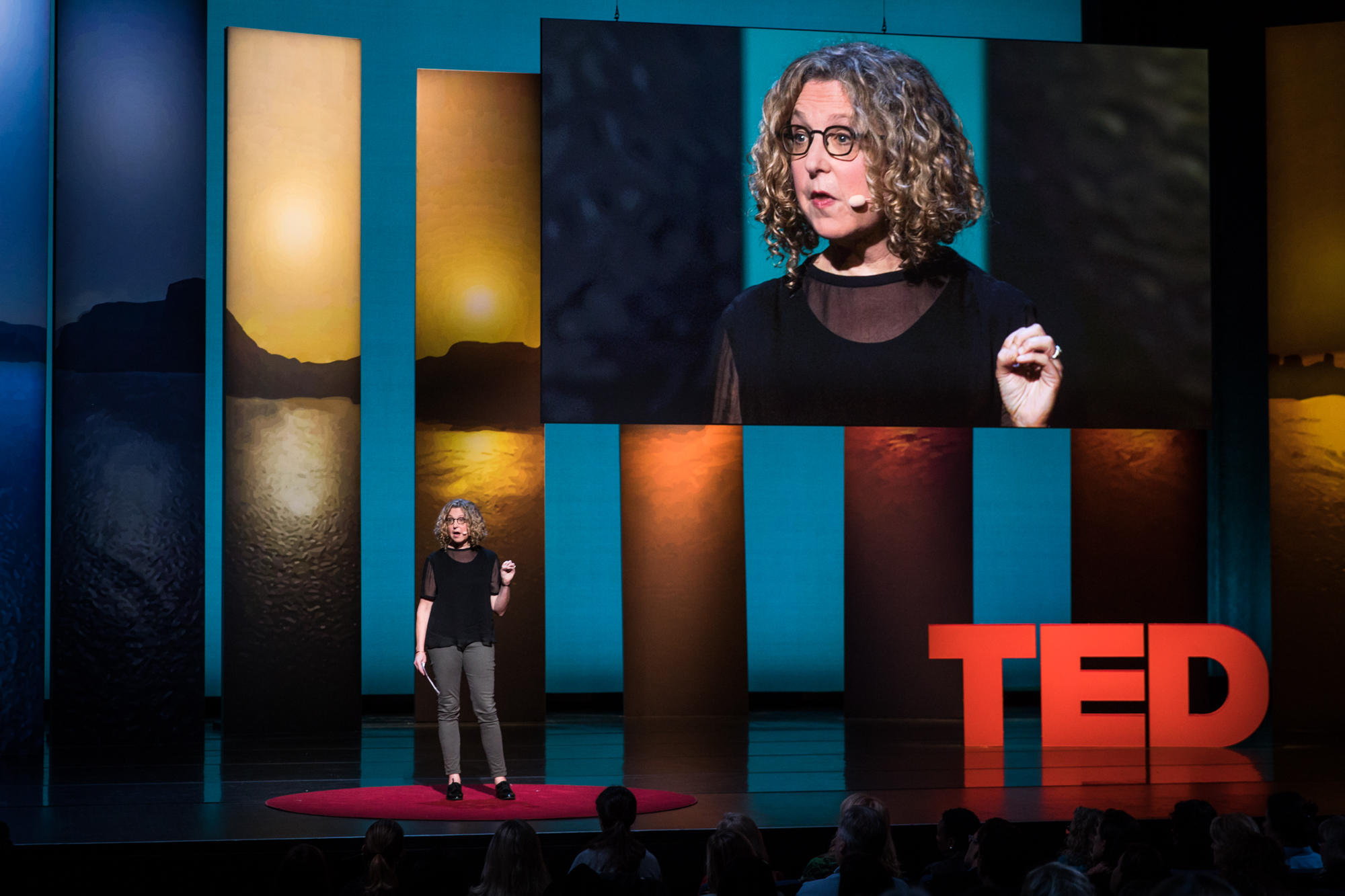 We need to talk to girls about pleasure. In America, the conversation with young girls about sex ends at consent. Journalist and author Peggy Orenstein challenges us to extend this conversation and talk to young people about women’s capacity and entitlement for sexual pleasure. For three years, Orenstein talked to girls ages 15-20 about their attitudes towards and experiences of sex. She found that girls measured their own pleasure by their partner’s pleasure and expressed shame around their genitals, which underscores the popularity of pubic hair removal and growing prevalence of labiaplasty surgery. Girls are taught of the risks and dangers of sex without learning the pleasure and joy of sex. Borrowing from Sara McClelland, Orenstein uses the phrase “intimate justice” to explain this situation — the idea that sex has political and personal implications. She encourages us to recontextualize sex by normalizing the discussion of sex. “We have raised a generation of girls to have a voice,” she says. “Now it’s time to demand ‘intimate justice’ in their personal lives as well.”