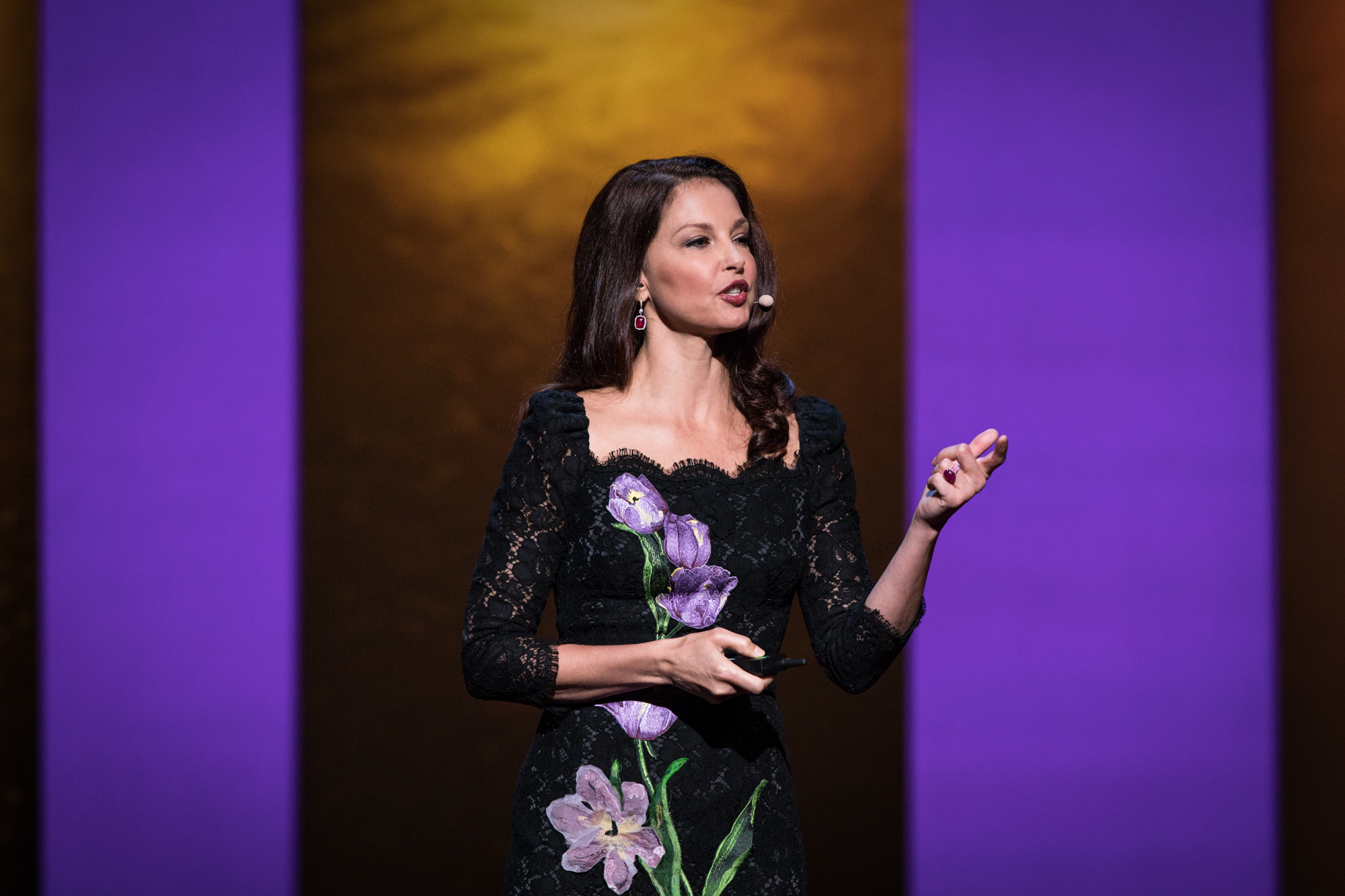 Ashley Judd speaks boldly about online gender violance — and what we can start doing to end it. She’s onstage at TEDWomen 2016 in San Francisco. Photo: Marla Aufmuth / TED

In all of its formats, in all the ways we listen and watch, the media is extremely powerful in how it represents — or underrepresents or misrepresents — women. Unless we’re prepared to change the way women are portrayed in the stories we tell, we’re not prepared for real change.

In Session 4 of TEDWomen 2016 at the Yerba Buena Center for the Arts in San Francisco, seven speakers (and a ballet company!) asked us to rethink how we tell each other stories, to empower us all. 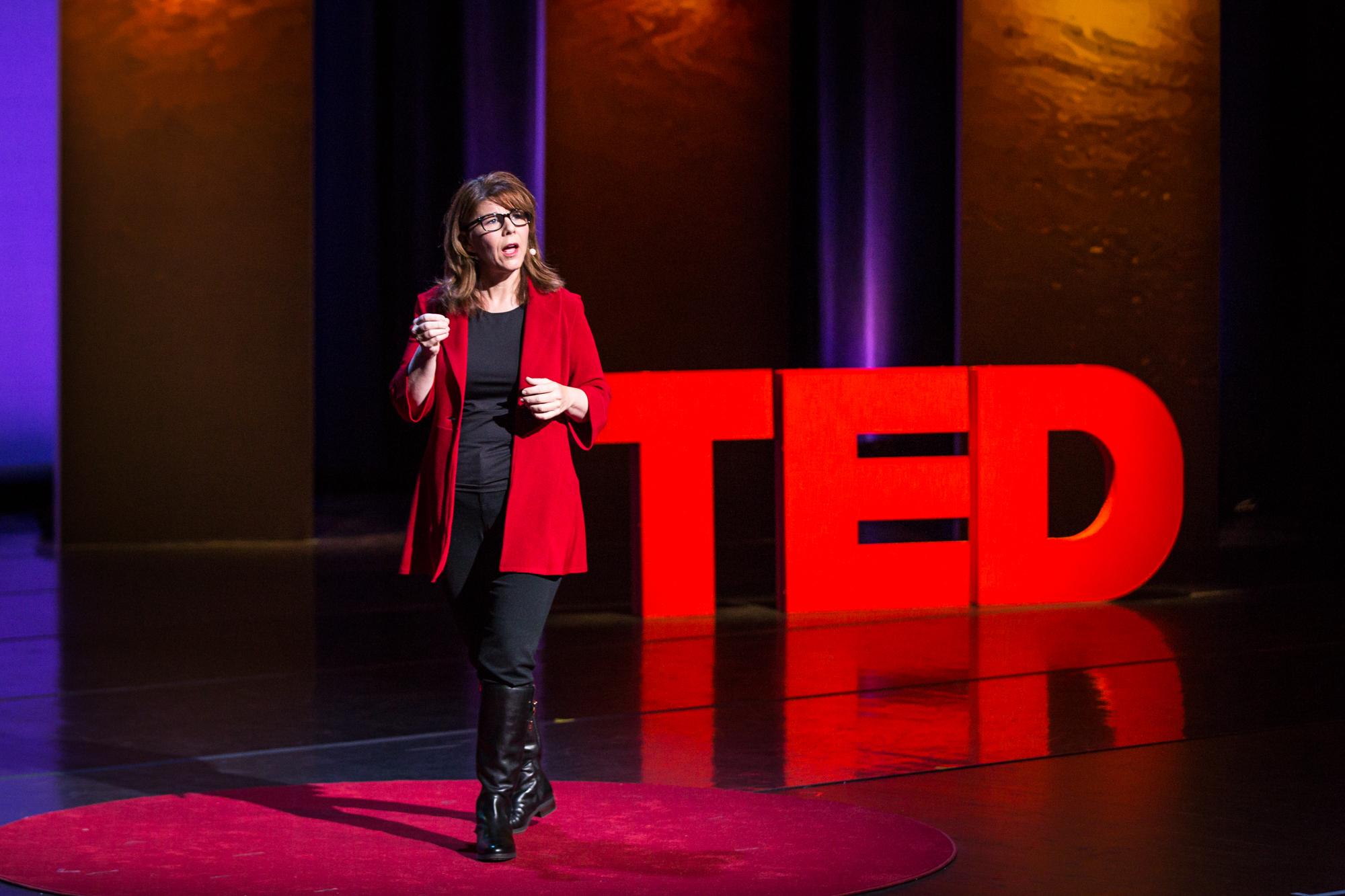 Stacy Smith studies how women are represented in film … starting with a simple headcount. She spoke onstage at TEDWomen 2016: It’s About Time, in San Francisco. Photo: Marla Aufmuth / TED

The epidemic of invisibility. Filmmaking has the powerful capacity to transform and transport ideas. It shows us about the world — and ourselves. But the reality is that many of us are grossly underrepresented, if represented at all, in film. Media researcher and activist Stacy Smith studies inequality in film. Each year, Smith and her team study 100 popular Hollywood films, and they’ve found that women are largely invisible — on and off camera — to the point that women represent less than a third of speaking parts. Why is this? Perhaps thanks to this fact: Only 4.1 percent of films are directed by women. The numbers get smaller when factoring in race, age, sexuality and disability. Smith describes this situation as an “epidemic of invisibility.” Even in these grim circumstances, she offers practical solutions, like “just add five”: If, starting today, each filmmaker was to add five female speaking characters to their film, we would fill the gender gap in a mere three years. Ultimately, viewers have the power to address these problems by supporting women filmmakers and insisting that more women voices are heard.

Teach girls to be brave: Writer Caroline Paul has lived a high-risk life. She has paddled unexplored rivers in Borneo, sea kayaked the dangerous waters of Alaska, and flown experimental planes around the California coast; adventure and danger are part of her DNA. So it came as a surprise to her that both men and womenwere baffled by her exploits. And then she realized: they were operating under the misconception that women weren’t brave. Where does this frame of thinking come from? It begins in infanthood, she says. Parents spend so much time protecting young girls from falling down and making mistakes that they grow up to be women who see and use fear as a barrier instead of a propeller to power our most courageous and ambitious endeavors. The message of this talk is simple: encourage young girls to get outside of their comfort zones, to build confidence by letting them try and fail for themselves, and shape their destinies based on their capabilities and not their limitations. “I’m not against fear,” Paul says. “I’m just pro-bravery.” 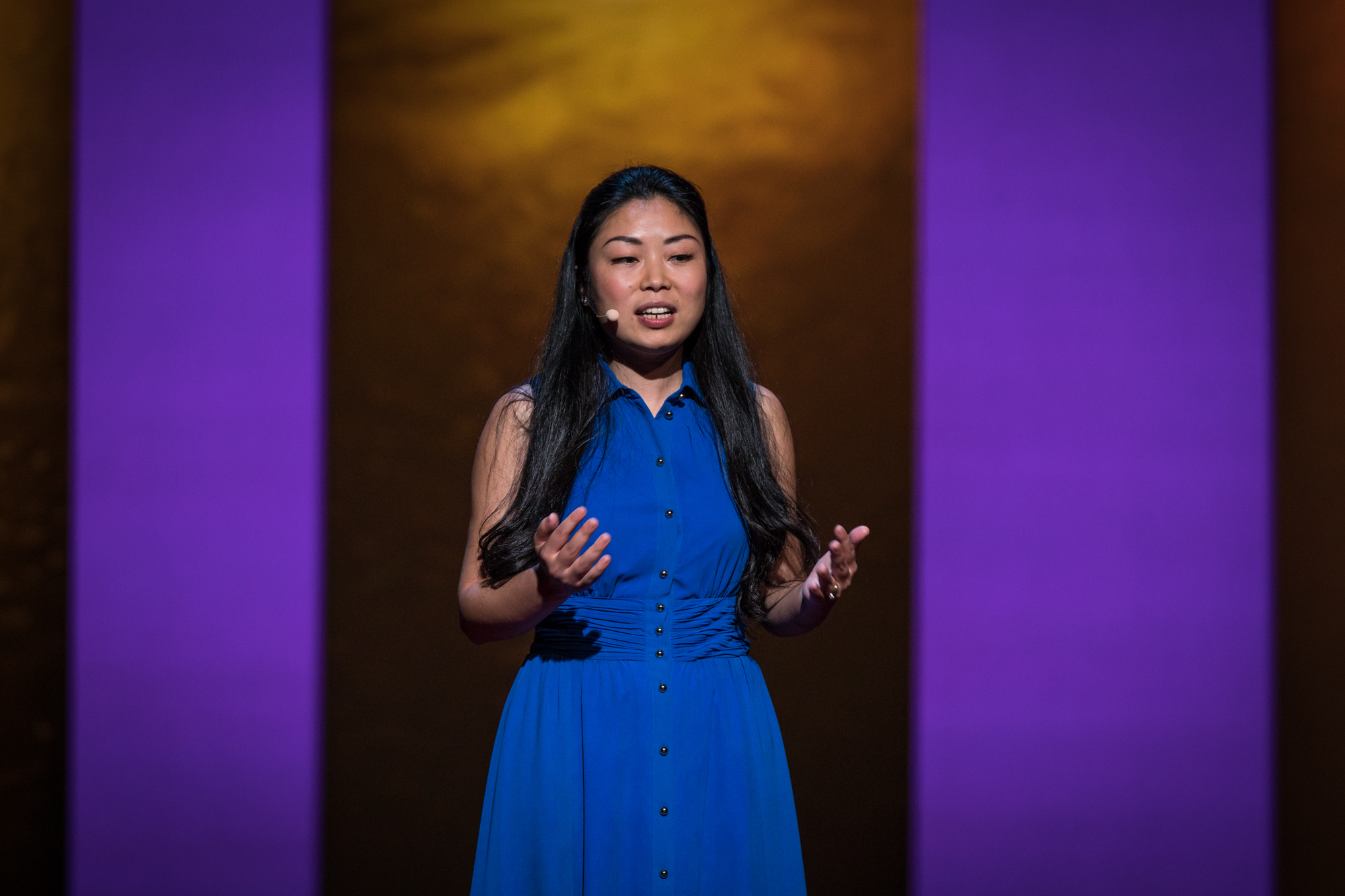 Nanfu Wang speaks about her career as a documentary filmmaker at TEDWomen 2016: It’s About Time. Photo: Marla Aufmuth / TED

The power of story to control time. “Time for me has always been an adversary,” says documentary filmmaker Nanfu Wang. “In my work and in my life, I’ve seen how moments can squeeze and dilate, and how in a moment the entire course of a life can change.” For Wang, those moments span from the interrogation room faced by three Chinese national security agents during the filming of her documentary, Hooligan Sparrow, to the sudden death of her father at age 33. These experiences shaped her determination to live every minute as if it were two. When she encountered documentary film, she recognized its power as a way to take control of time by allowing her to live multiple lives and experiences, manipulate time in the editing and storytelling process, and share it with an audience so that they could time travel, too. Storytelling, she says, loosens the grip that time holds on us. 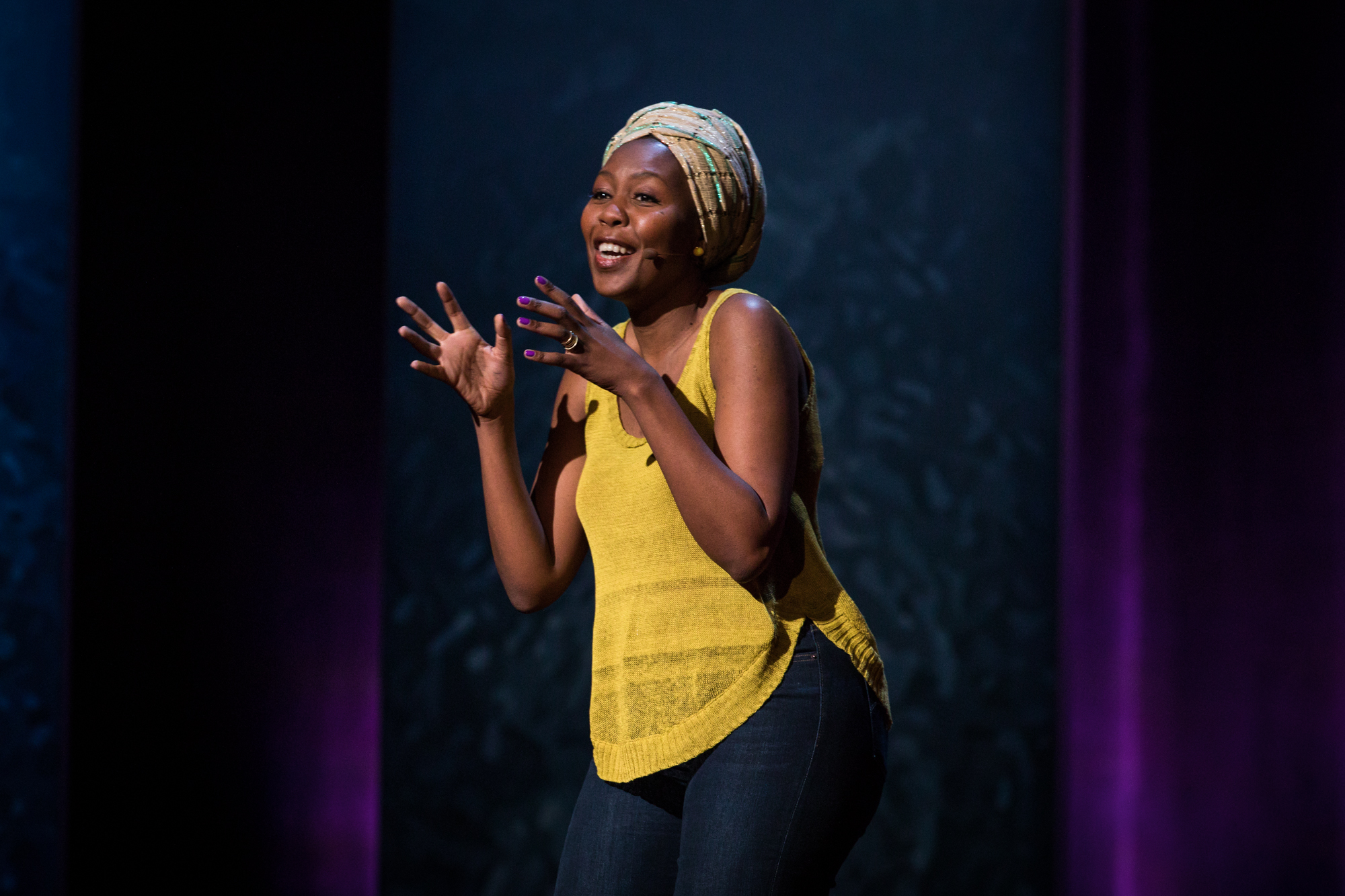 Stories are not as magical as they seem. Stories are everywhere. From documentaries to podcasts, media offers us an unprecedented opportunity to hear stories from around the world, stories that make us fall in love and push us to imagine beyond what we already know. Sisonke Msimang explains that it’s not uncommon to hear people say that stories help make the world a better place, but she also cautions that stories can create an illusion of solidarity. An activist and social critic, Msimang explores the ways audiences react and engage with the content of nonfiction stories, arguing that we must push beyond the simple act of listening into the reality that surrounds those stories. Storytelling alone cannot create social justice without the intellectual curiosity of listeners who dare to ask questions about their content, she says. Instead, action requires a meaningful commitment to the storytellers, rather than their platforms, understanding that “sometimes it’s the messages that we don’t want to hear … that we need to hear the most.”

The future of men. Author Jack Myers is concerned about young men today. “We need a movement,” he says, “a simple movement with clear purpose, led by both men and women, LGBTQ and straight, that gives young men the confidence to discover their purpose and their place in the future.” He wants us to do away with prescriptive notions of masculinity and embrace non-conventional role models for our men and boys through positive media portrayals, mentorship programs and education. Because none of us should feel limited by the binary expectations of our gender.

When we curb abuse, we’ll expand freedom. “Online misogyny is a global gender rights tragedy, and it’s imperative that it ends,” says actress Ashley Judd. In an electrifying, spirited talk that shines a light into the darkest corners of social media, Judd shares a glimpse of the vitriolic, hateful and threatening speech she encounters online every day. As a public figure, Judd sees a concentrated form of online abuse, but her experience of online harassment is one that’s shared with many others each day. After a particularly abusive experience following a tweet she sent after a University of Kentucky basketball game, Judd started to write. The resulting op-ed, published against the wishes of her publicist, went viral, encouraging her to start The Women’s Media Center Speech Project with a goal of expanding protections against online abuse. She offers some practical solutions, too: we need digital media literacy; we need to end the sexism in the workplaces of tech companies (tech platforms built from the ground up by diverse teams, instead of a room of dudes, will set better priorities); law enforcement needs to know how online platforms work, and how threats escalate from the internet to the real world. “We must have the courage and urgency to disrupt online gender violence as it’s happening,” Judd says.

The importance of female storytellers. “Why do we think that stories by men are deemed to be of universal importance and stories by women are thought to be merely about women?” asks theater director Jude Kelly. We’re taught that divine knowledge and creative genius come through the masculine, but that impacts whether we believe that women’s stories, and consequently women’s rights, matter. “Without that, change can’t really come,” she says. We need to go back through our stories and see that so many are written from a male perspective, and we need to give women the chance to speak on behalf of the world. “All civilizations, all of humanity, have relied upon artists to tell the human story,” Kelly explains, but if that story is told by men, it will be about men.

Our life force, our spirit, is bursting. After remarks by Alonzo King himself, we share a minimalist but powerful performance by the amazing Alonzo King LINES Ballet. 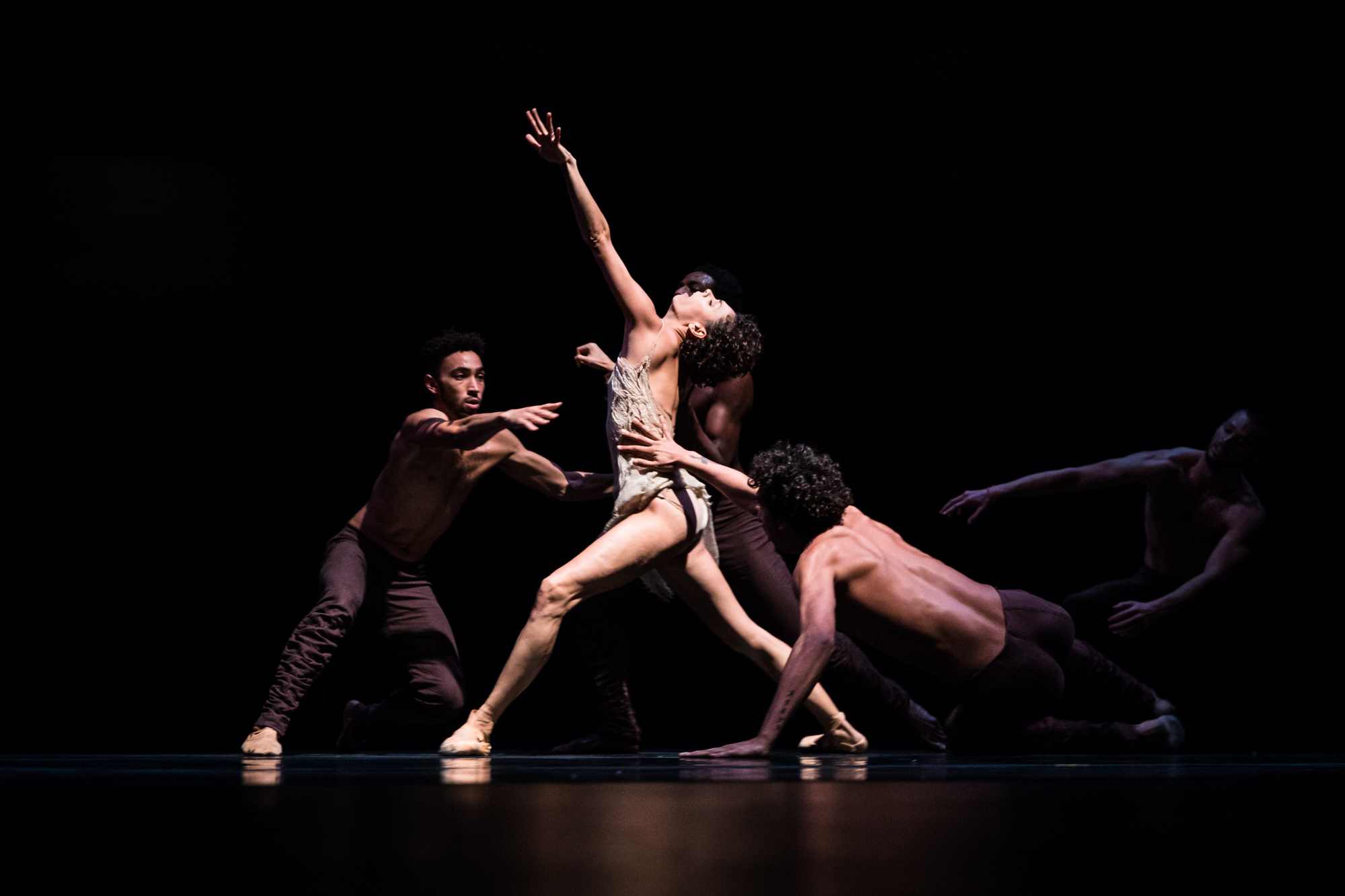