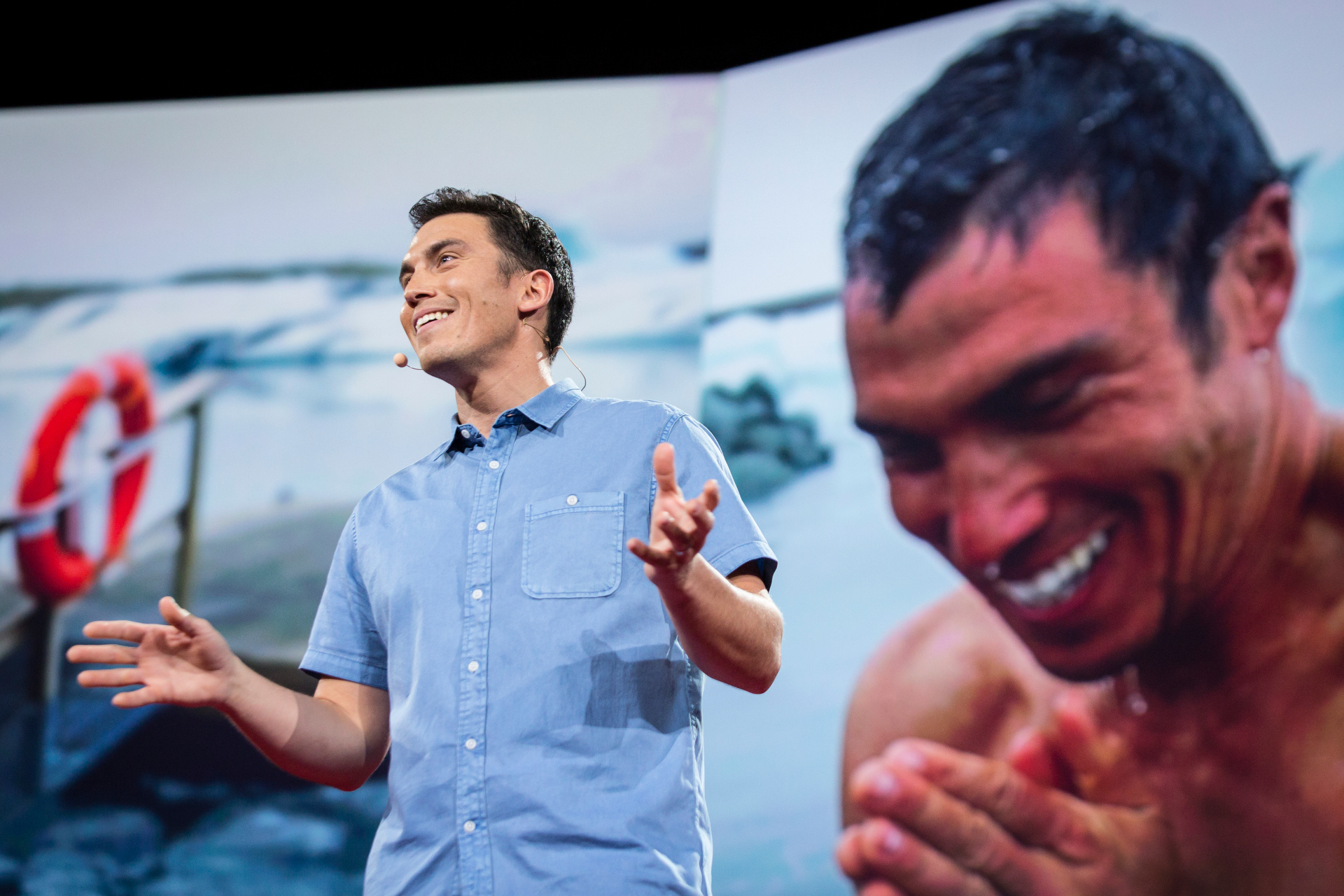 Surfing in the ice. “If shivering is a form of meditation, then I consider myself a monk,” says Chris Burkard, before playing a soaring video that shows him surfing waves amidst snowfall and ice drifts, with white-topped mountain peaks in the background. See, Chris Burkard is a surf photographer who found himself burnt out on tropical locations. “I began craving wild open spaces,” he says, “so I set out to find the places people had written off as too cold, too remote, too dangerous to surf.” Getting to these remote locations? Well, that’s half the fun. Only a third of the earth’s oceans are warm, he points out, showing photos snapped while on a surfing trip to Norway, on a fjord with a greater population of sheep than people, where he found himself in the water when a blizzard hit. “Every photo, I was forced to earn,” he says. “All this shivering taught me something: in life, there are no shortcuts to joy. Anything worth pursuing requires us to suffer just a tiny bit.”

Sculptural fashion. Designer Hussein Chalayan is an “immigrant between disciplines,” a “misfit in the fashion industry.” To him, this is a creative gift. As an outsider, he embraces the dualities — between art and commerce, film and future — that lead to mindbending creations. Examples include Lady Gaga’s outfits, remote-controlled dresses, and tables that telescope into skirts. For Chalayan, who moves fluidly between the art gallery, the high-fashion runway, and the shop, one thought can lead to three forms of expression. “I’ve learned to think that outsider status is a privilege allowing us to develop new disciplines altogether,” he says. And the role of art, in his mind? “It’s important to feel something. It is not always important to understand.”

The injustice of the everyday. The way we talk about human trafficking is wrong, says journalist Noy Thrupkaew. While we may imagine violent men forcing young women into prostitution, this makes up only 22 percent of human trafficking, compared to 68 percent made up by exploitation of forced laborers — who also account for fewer than 10 percent of trafficking convictions. This kind of trafficking is “the use of force, fraud and coercion to compel another person’s labor,” says Thrupkaew,  and “is embedded in our everyday lives” across agriculture, domestic work and construction. It’s a story close to Thrupkaew’s heart: On stage she reveals that her caretaker until she was three years old was a distant relative from Thailand … and a victim of human trafficking. So what can we do to help these workers, who are often tricked, beaten, threatened, forced to work inhumane hours? Well, it’s not easy, says Thrupkaew — there isn’t a simple answer, a fair-trade peach that can absolve us of the struggles of forced laborers that support our products and lifestyles and our cheap plates of shrimp. What we need is to be aware of how much we are really culpable in a broken system – and give our solidarity to those fighting back. 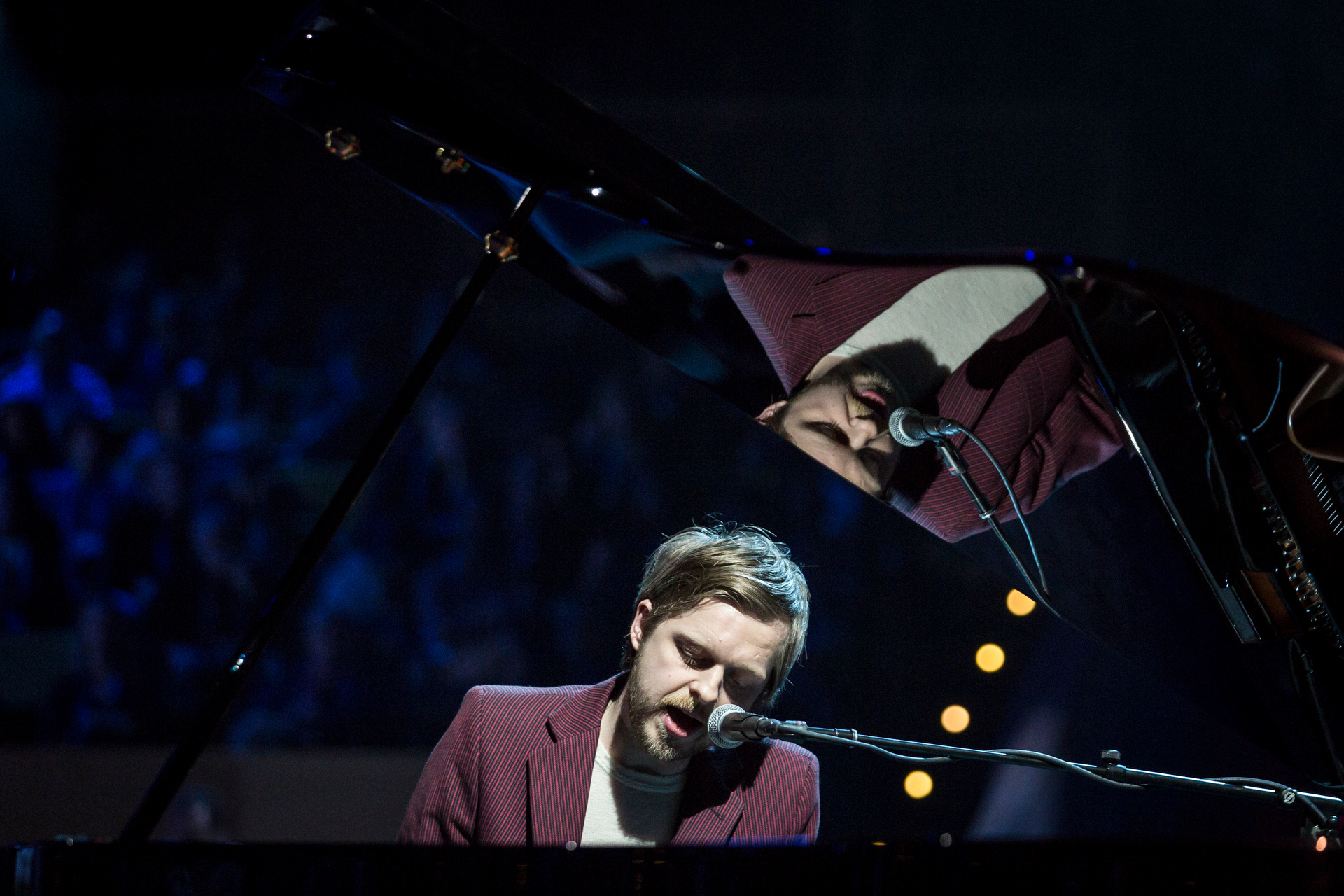 Teitur plays “Home,” a simple tune: “Home is the sound of birds early in the morning / Home is the song I always remembered.” Photo: Bret Hartman/TED

And a song break. “I had never meant to be a singer/ but I’m slowly getting use to the idea,” sings Teitur with a clear voice that gently fills the TED theater. And it turns out that this is true. He hails from the Faroe Islands, a small country between Denmark and Scotland with a population of less than 50,000, and after writing many bad songs, he wrote a good one for a girlfriend. His friends kept asking him to play it. He plays it for us; it’s called “I Was Just Thinking,” the kind of simple, honest guitar song that makes it feel like someone is playing your heart. “Singing is sharing,” he says, “Be prepared to give away a piece of yourself.” And with that, he sits down at a piano and plays “Home.”

Surviving infidelity. Therapist Esther Perel is used to answering questions like: Why do happy people cheat? Is an affair always the end of a relationship? And when we say infidelity, what exactly do we mean? “Adultery has existed since marriage was invented, and so too has the taboo against it,” says Perel. Yet if there’s single act of transgression that can rob couples of their relationship, their happiness and their very identity, it’s an affair. Infidelity has a tenacity that marriage can only envy, she notes. So much so, “that it is the only commandment that is repeated twice in Bible — once for doing it and once just for thinking it.” How do we reconcile what is universally forbidden yet universally practiced? Perel tells couples that if they bring into relationships one tenth of the imagination and verve they put into an affair, they might never have to see her. “Every affair will redefine a relationship, and every couple will determine what the legacy of the affair will be.” After an affair, some couples will turn crisis into opportunity within their original relationship. The question they must ask themselves is simple, says Perel. “Your first marriage is over. Would you like to create a second one?” 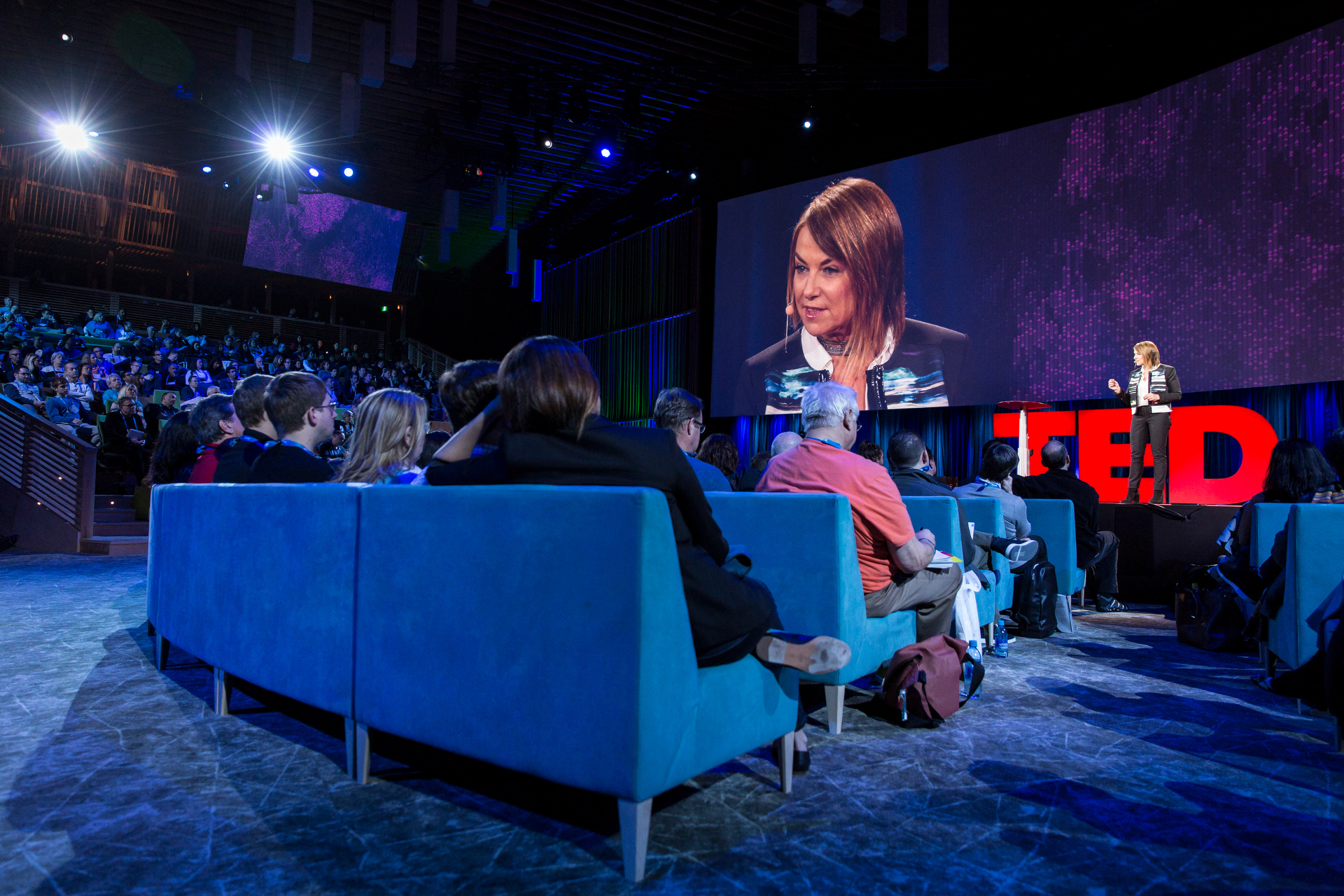 Esther Perel unpacks the ancient taboo of infidelity — “the only commandment repeated twice in the Bible.” Photo: Bret Hartman/TED