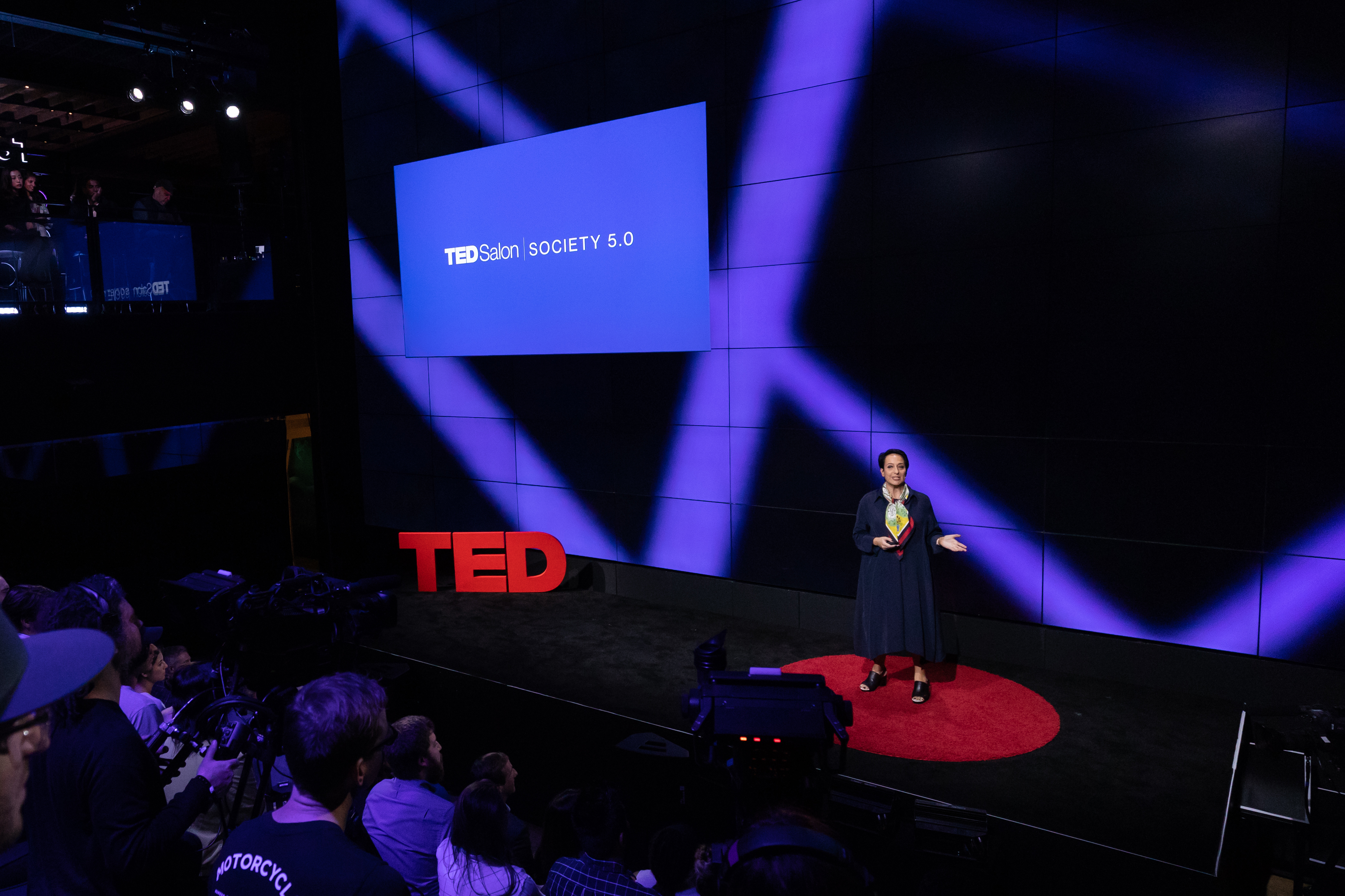 We live in an interconnected world where boundaries between physical and digital spaces are blurring. We can no longer think about innovation in isolation, but must consider how emerging technologies — like artificial intelligence, augmented reality, the Internet of Things, 5G networks, robotics and the decentralized web — will combine to create (we hope!) a super-smart society.

At TEDSalon: Society 5.0, presented by TED and Samsung, seven leaders and visionaries explored the new era of interconnectivity and how it will reshape our world.

Do you know how your data is being used? We tap on apps and devices all day long, not quite grasping that our usage is based on a “power imbalance,” says Finn Lützow-Holm Myrstad, director of digital policy at the Norwegian Consumer Council. Most of us automatically click “yes” to terms and conditions without realizing we have agreed to let companies collect our personal information and use it on a scale we could never imagine, he explains. To demonstrate, Myrstad introduces Cayla, a Bluetooth-connected doll. According to Cayla’s terms, its manufacturer can use the recordings of children and relatives who play with the doll for advertising, and any information it gathers can be shared with third parties. Myrstad and his team also looked at the terms for a dating app, finding that users had unwittingly forked over their entire dating history — photos, chats and interactions — to the app creator forever. After the Council’s investigations, Cayla was pulled from retailers and the app changed its policies, but as Myrstad points out, “Organizations such as mine … can’t be everywhere, nor can consumers fix this on their own.” Correcting the situation requires ongoing vigilance and intention. Companies must prioritize trust, and governments should constantly update and enforce rules. For the rest of us, he says: “Be the voice that constantly reminds the world that technology will only truly benefit society if it respects basic rights.” 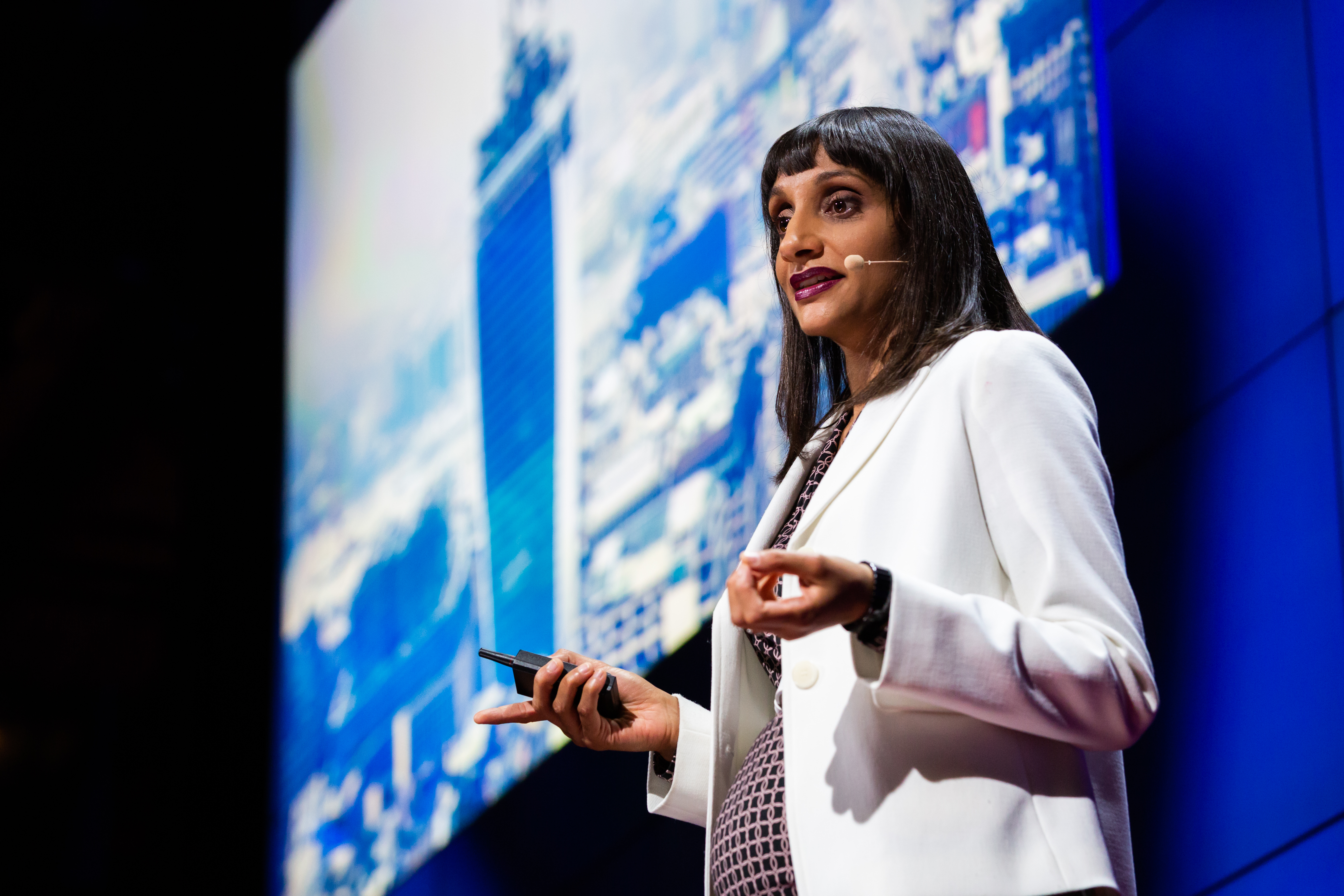 How the Internet of Things is solving real problems. You’re surrounded by things connected to the internet — from cars and smart elevators to parking meters and industrial machines used for manufacturing. How can we use the data created by all of these connected devices to make the world safer and healthier? Aruna Srinivasan, executive director at the mobile communication trade group GSMA, shows how the Internet of Things (IoT) is helping to solve two pressing issues: pollution and food production. Using small IoT-connected sensors on garbage trucks in London, Srinivasan and her team created a detailed map showing pollution hotspots and the times of day when pollution was worst. Now, the data is helping the city introduce new traffic patterns, like one-way streets, and create bicycle paths outside of the most highly polluted areas. In the countryside, IoT-enabled sensors are being used to measure soil moisture, pH and other crop conditions in real time. Srinivasan and her team are working with China Agricultural University, China Mobile and Rothamsted Research to use the information gathered by these sensors to improve the harvest of grapes and wheat. The goal: help farmers be more precise, increasing food production while preventing things like water scarcity. “The magic of the IoT comes from the health and security it can provide us,” Srinivasan says. “The Internet of Things is going to transform our world and change our lives for the better.” 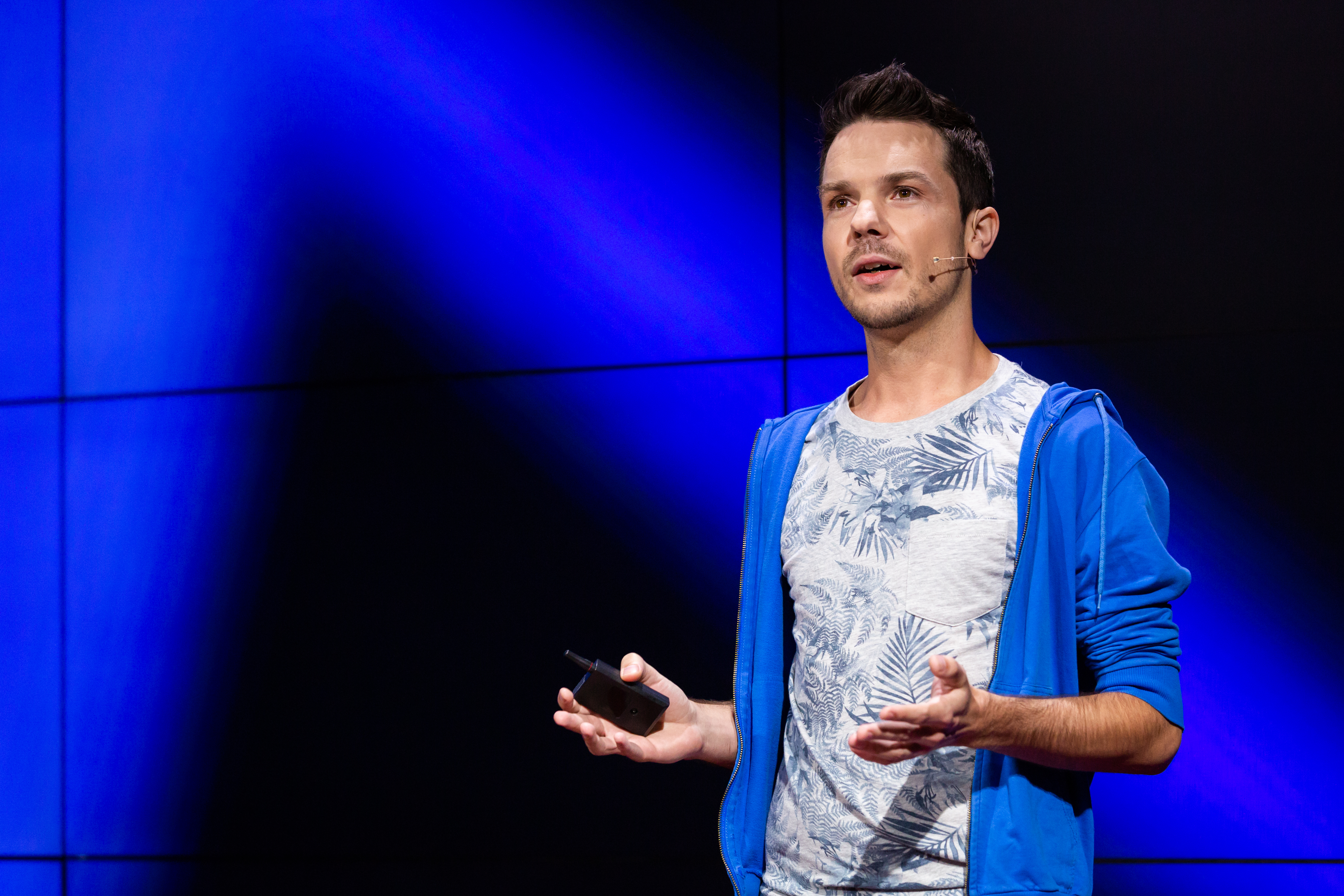 Web builder Tamas Kocsis is developing his own internet: a decentralized network powered and secured by the people. He speaks at TEDSalon: Society 5.0. (Photo: Ryan Lash / TED)

Internet by the people, for the people. Web builder Tamas Kocsis is worried about the future of the internet. In its current form, he says, the internet is trending toward centralization: large corporations are in control of our digital privacy and access to information. What’s more, these gatekeepers are vulnerable to attacks and surveillance, and they make online censorship easier. In China, for instance, where the government tightly controls its internet, web users are prohibited from criticizing the government or talking about protests. And the recent passage of EU copyright directive Article 13, which calls for some platforms to filter user-generated content, could limit our freedom to openly blog, discuss, share and link to content. In 2015, Kocsis began to counteract this centralization process by developing an alternative, decentralized network called ZeroNet. Instead of relying on centralized hosting companies, ZeroNet — which is powered by free and open-source software — allows users to help host websites by directly downloading them onto their own servers. The whole thing is secured by public key cryptography, ensuring no one can edit the websites but their owners — and protecting them from being taken down by one central source. In 2017, China began making moves to block Kocsis’s network, but that hasn’t deterred him, he says: “Building a decentralized network means creating a safe harbor, a space where the rules are not written by political parties and big corporations, but by the people.”

The augmented reality revolution. Entrepreneur Brian Mullins believes augmented reality (AR) is a more important technology than the internet — and even the printing press — because of the opportunities it offers for revolutionizing how we work and learn. At a gas turbine power plant in 2017, Mullins saw that when AR programs replaced traditional training measures, workers slashed their training and work time from 15.5 hours to an average of 50 minutes. Mullins predicts AR will bring a cognitive literacy to the world, helping us transition to new careers and workplaces and facilitating breakthroughs in the arts and sciences. Ultimately, Mullins says, AR won’t just change how we work — it’ll change the fundamentals of how we live. 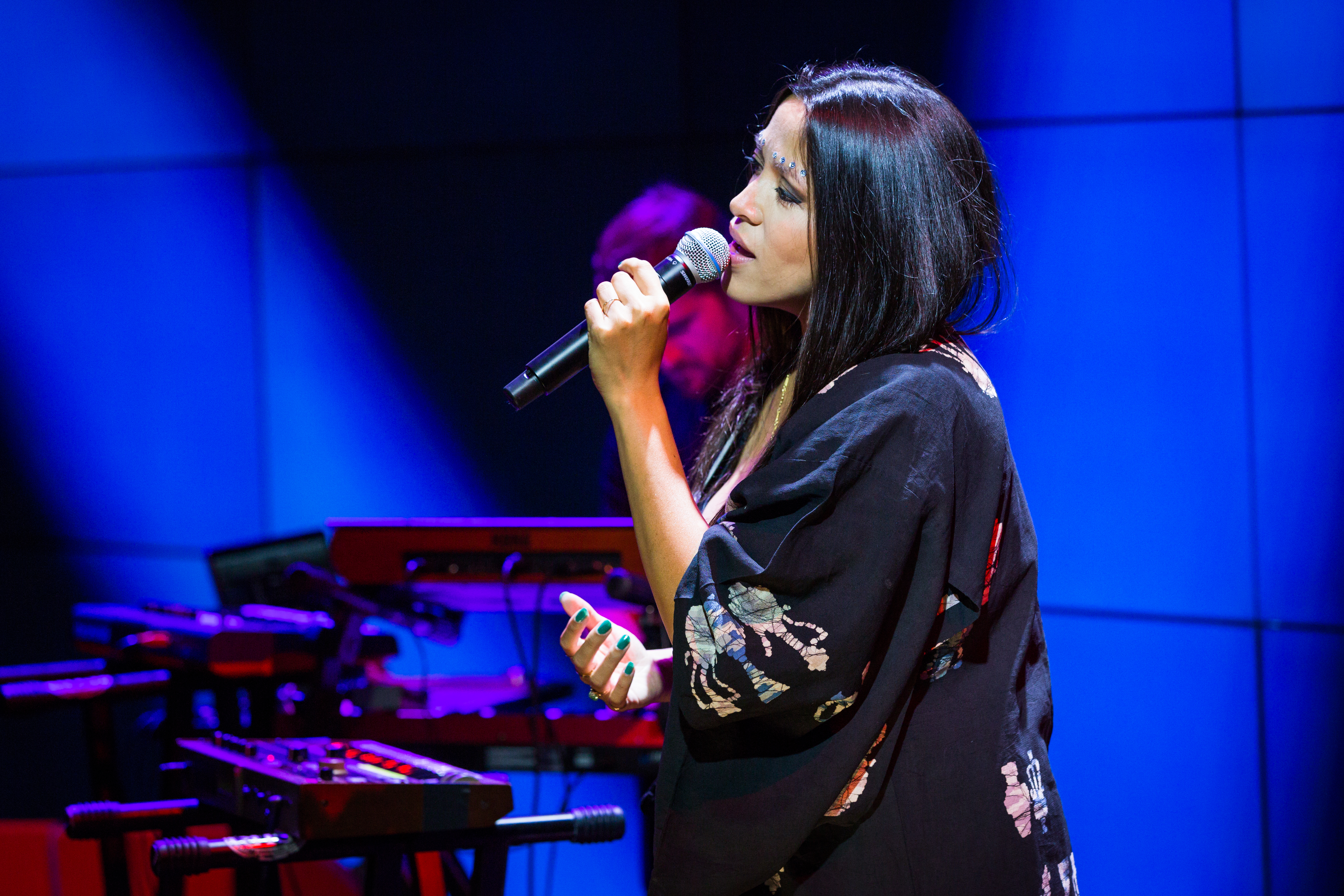 A genre-bending performance. During a musical interlude, French-Vietnamese artist MAI LAN holds the audience rapt with a performance of “Autopilote” and “Pumper.” Alternating between French and English lyrics, lead singer Mai-Lan Chapiron sings over diffuse electronic beats and circular synths, bringing her cool charisma to the stage. 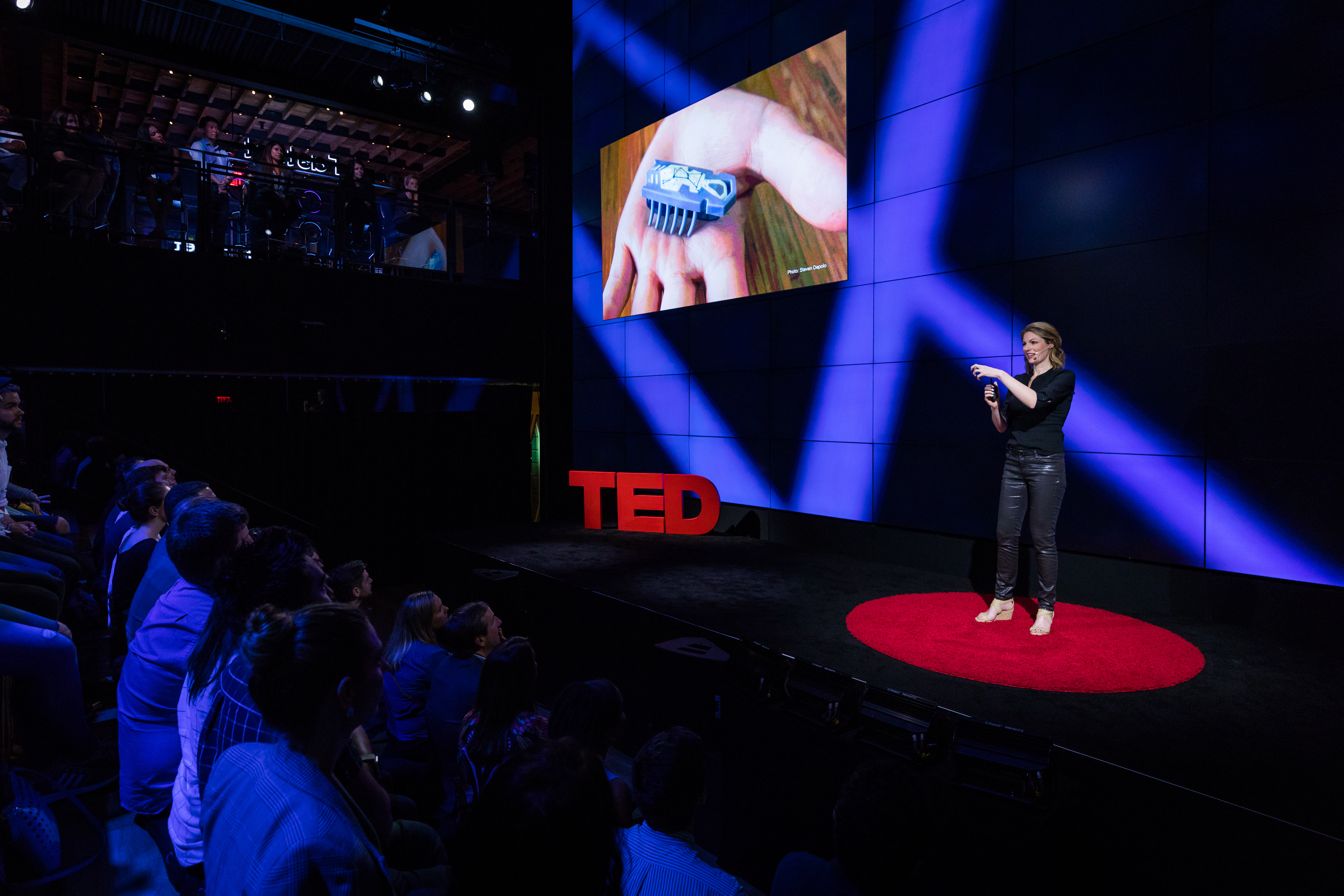 Researcher Kate Darling asks: What can our interactions with robots teach us about what it means to be human? She speaks at TEDSalon: Society 5.0. (Photo: Ryan Lash / TED)

Robotic reflections of our humanity. We’re far from developing robots that feel emotions, but we already feel for them, says researcher Kate Darling — and an instinct like that can have consequences. We’re biologically hardwired to project intent and life onto any movement that seems autonomous to us, which sometimes makes it difficult to treat machines (like a Roomba) any differently from the way we treat our own pets. But this emotional connection to robots, while illogical, could prove useful in better understanding ourselves. “My question for the coming era of human-robot interaction is not: ‘Do we empathize with robots?'” Darling says. “It’s: ‘Can robots change people’s empathy?'”

Humans belong in the digital future. Author, documentarian and technologist Douglas Rushkoff isn’t giving up on humans just yet. He believes humans deserve a place in the digital future, but he worries that the future has become “something we bet on in a zero-sum, winner-takes-all competition,” instead of something we work together to create. Humans, it sometimes seems to him, are no longer valued for their creativity but for their data; as he frames it, we’ve been conditioned to see humanity as the problem and technology as the solution. Instead, he urges us to focus on making technology work for us and our future, not the other way around. Believing in the potential and value of humans isn’t about rejecting technology, he says — it’s about bringing key values of our pre-digital world into the future with us. “Join Team Human. Find the others,” Rushkoff says. “Together let’s make the future that we always wanted.”