The speed of change is a constant in our lives. Sometimes it’s worth slowing things down, to look at what might be changing without us even considering it.

To celebrate the efforts of innovators, change-makers and dreamers who are reimagining the future, TED has partnered with BMW i. In a special session of talks hosted by TED design curator Chee Pearlman and TED science curator David Biello at TED HQ in New York City on Thursday night, five speakers (and three remarkable performers) explored how we might shape future through creativity and imagination.

Acoustic duo Anielle and Matthew kicked off the evening with a performance of their original song “Dead Romance,” weaving together the sounds of Americana folk music and modern pop. 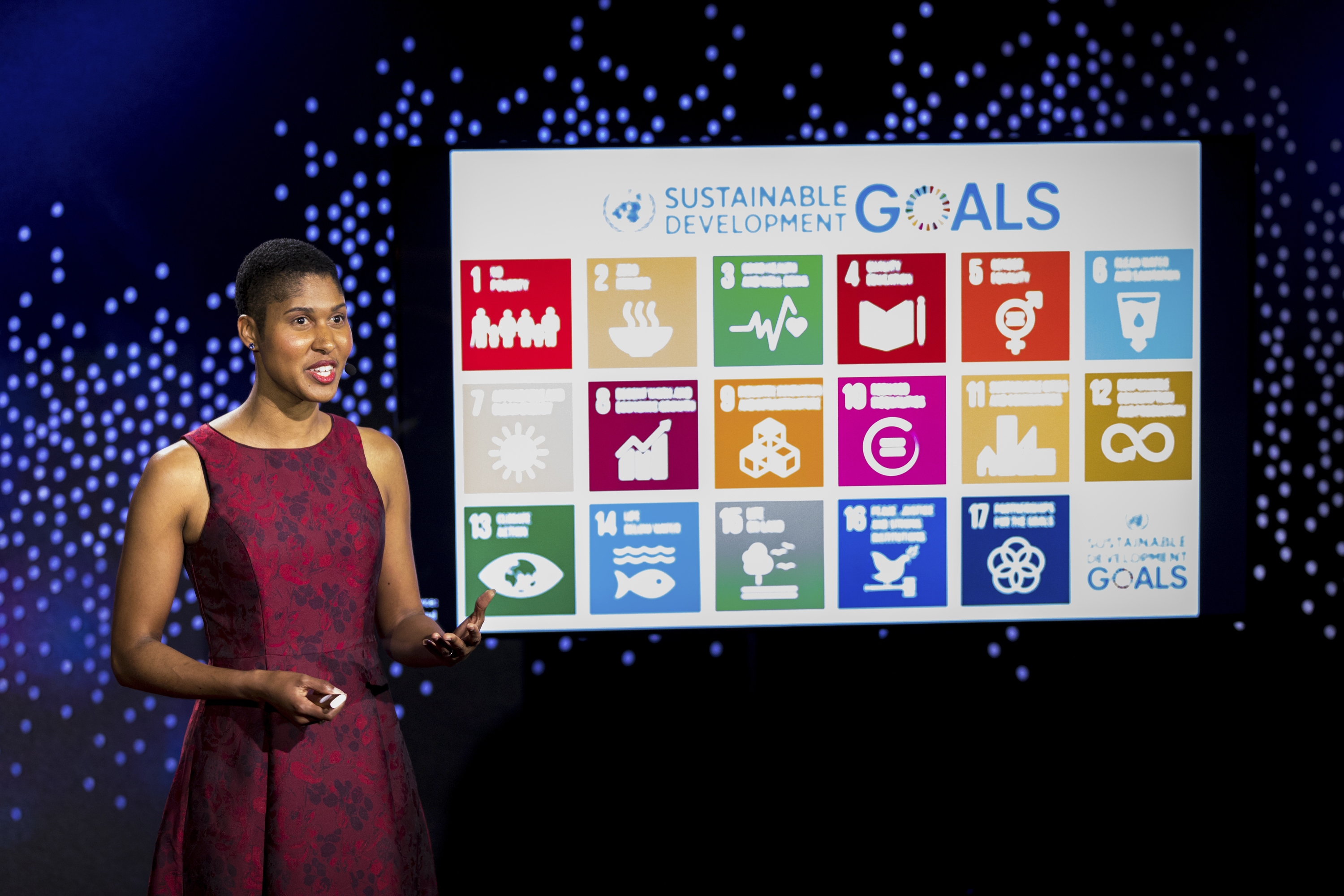 Justice and development through space. Danielle Wood leads the Space Enabled research group at the MIT Media Lab, where she works to break down the idea that space is for the few, the rich or the elite. She identifies six space technologies that can contribute to sustainable development across the world. First, communication satellites can be essential during times of disaster, when regular communication networks malfunction. Likewise, scientists use positioning satellites to study endangered species and track their movements, and they use earth observation satellites to measure features of our environment such as the temperature of the ocean. Next, the diet and exercise regimens used by astronauts living in orbiting laboratories like the International Space Station help us learn more about how to improve health on earth. Space spinoff includes the inventions created for space that can transfer to other fields outside space technology. Finally, adventures in space can serve as inspiration for people across the globe to develop new skills in science and technology. “Space truly is useful for sustainable development for the benefit of all peoples,” Wood says. 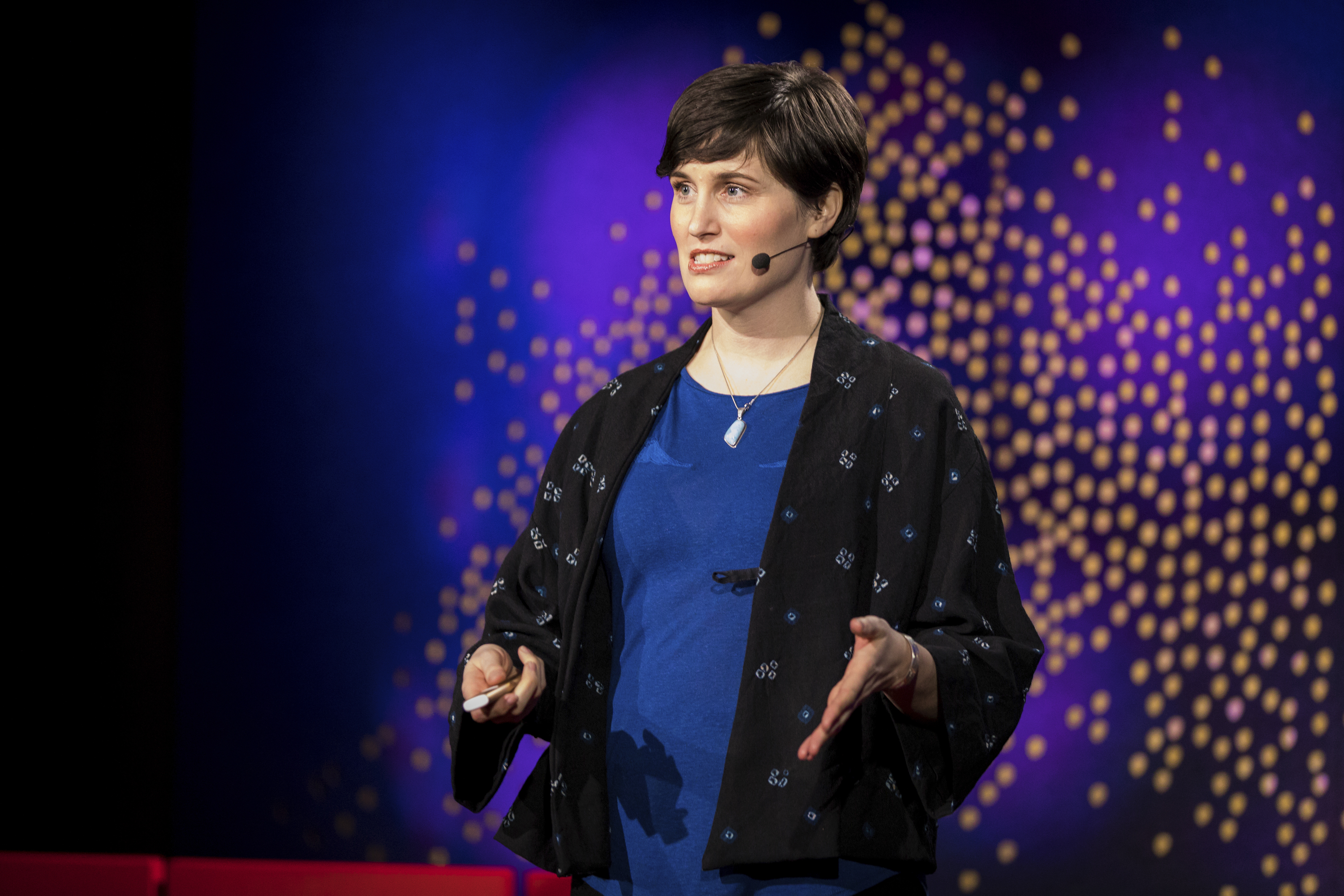 The future of shared mobility and public transportation. Shared mobility architect Sandra Phillips has helped launch car-sharing programs in several countries, bridging the gap between homes and distant subway stations while benefiting the environment and community. The idea is simple: “Essentially, you become a member of a club and gain access to different types of shared vehicles. You only use them when you need them, and you pay for what you use,” Phillips says. In practice, this looks like using a shared car or bike to get to the nearest transit station, instead of relying on your own car. In a study conducted at the University of California, Berkeley, researchers found that in the five cities where carsharing service Car2Go was tested, some 28,000 cars were removed from the roads, reducing greenhouse gas emissions and opening up space for parks, libraries and other community hubs. Phillips believes this is possible because car-sharing brings together the inclusive social mandate of public transportation and the innovation behind private mobility companies. While it may not be the solution for congestion in large cities, in places like Vancouver and Sacramento, having access to car-sharing could transform how people get around.

The dark side of our beautiful lawns. Americans think of our lawns as lush, green, living carpets that we proudly display in front of our homes. But they’ve become one of the most high-maintenance — and damaging — of accessories. In the US, lawns cover more than 40 million acres, making them our largest irrigated crop, says landscape architect Edwina von Gal. We shower them with billions of gallons of water (half of which is wasted) and douse them with chemicals. “The typical lawn uses two to four times more fertilizers and pesticides per square foot than crops,” says von Gal. These chemicals have been linked to human diseases like cancers, endocrine system and nervous system disorders, allergies and asthma; they harm our waterways, marine life, insects and birds; and they’re decimating the soil biome, the beneficial microbes in the dirt. But we don’t have to give up our lawns, says von Gal: “We just need to work with nature, not against it.” Her advice is simple: water seldom but water deep; mow high; let clippings and leaves serve as compost and mulch; and let nature happen. “We need to think about whether we’re walking across a toxic lawn to get to our patch of organic kale,” von Gal says. 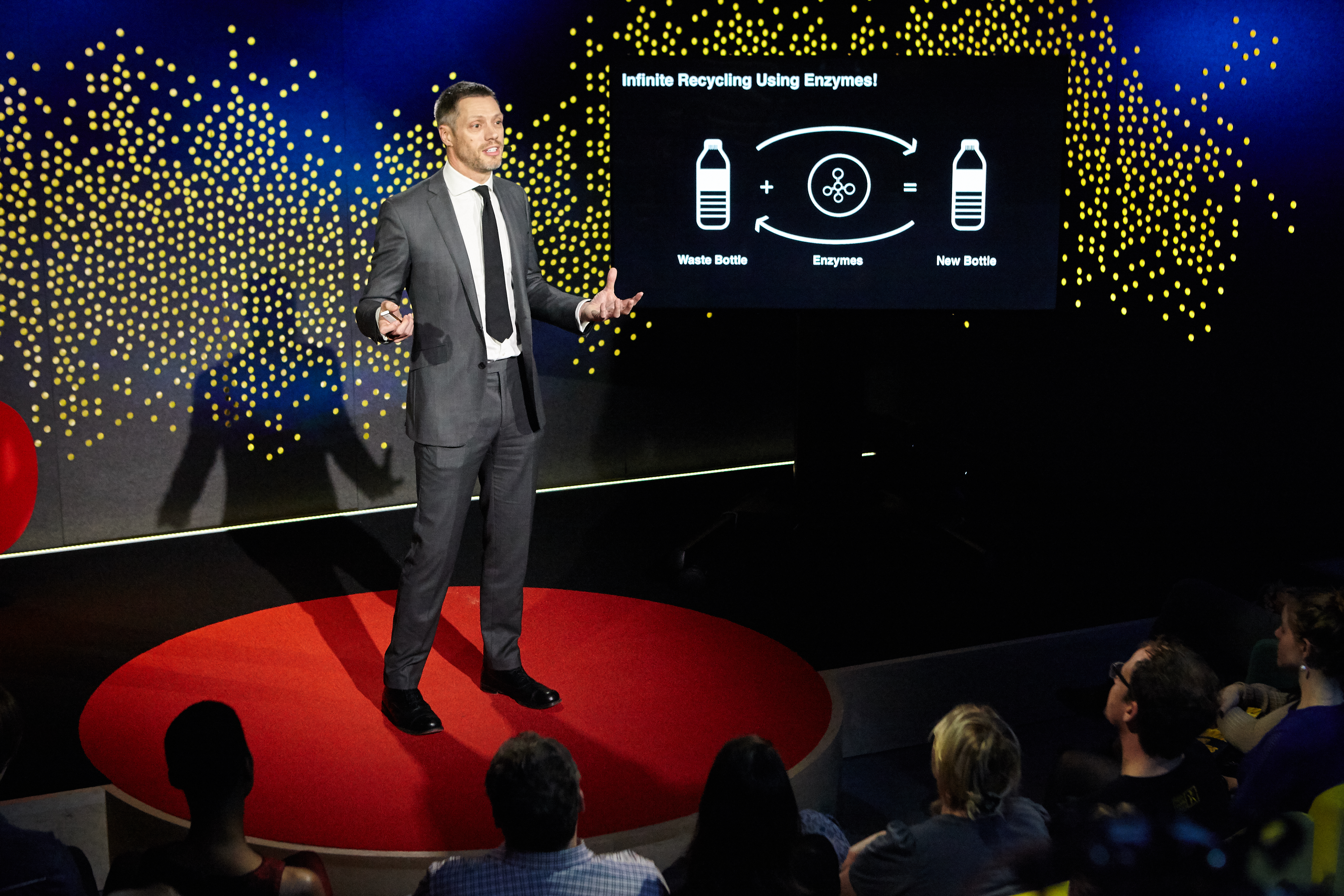 Adventures in thrift. In an age where everything feels replaceable and planned obsolescence is a genuine business strategy, materials scientist Andrew Dent wants us to consider a powerful idea: thrifting. There is no “away,” Dent says; when we discard something (as we do to the tune of 1.3 billion tons of waste per year globally) it ends up in ever-growing landfills. But we can get smarter about the way we make, and remake, our products, he says. From consumer electronics made of nanocellulose, bulletproof materials made from synthetic spider silk and enzymes that can help make plastic infinitely recyclable, Dent shares exciting examples of thrift and advances in material science in action. “If you make anything, think about how that product could be potentially used for a second life, or a third life,” Dent says. “Design the ability for your products to be taken apart.” 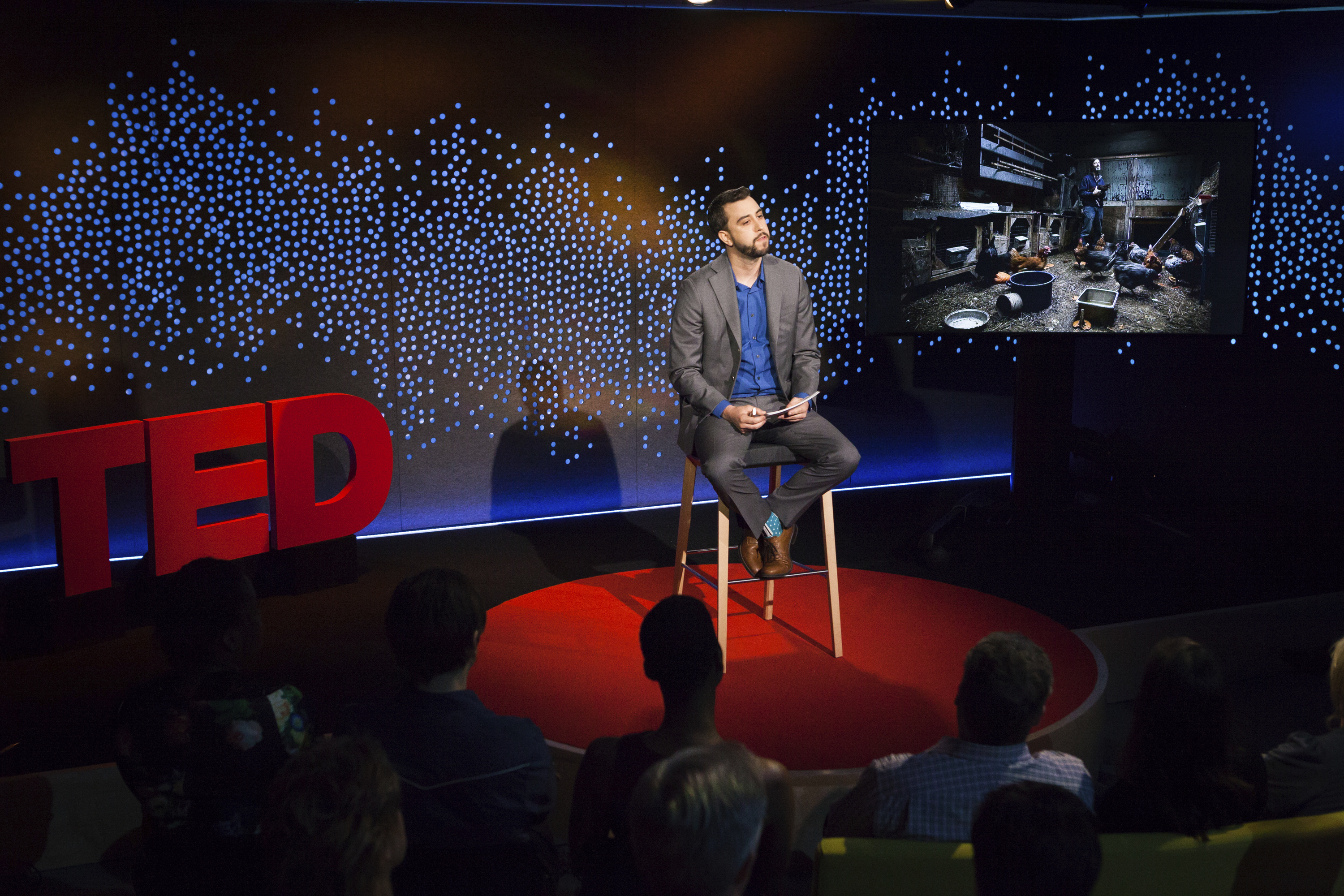 Radical neighborliness. In 2009, journalist and screenwriter Drew Philp bought a ruined house in Detroit for $500. But in the years that followed, as he gutted the interior and removed the heaps of garbage crowding the rooms, he learned less about repairing a house than about building a community. Six decades of decline, plus a rapid exodus in the past ten years, have left a chunk of Detroit the size of San Francisco empty and abandoned. But those who’ve stayed put, Philp says, have formed the kinds of neighborhoods and city streets where people want to live. Philp calls the camaraderie he sees at work in Detroit “radical neighborliness,” and he thinks this principle “may provide the answers to cities struggling everywhere and looking to re-invent themselves.” In a tribute to the city he loves, Philp makes the case that we do have “the power to create the world anew, together, and to do it ourselves when our governments refuse.”

Wonder, illusion and magic. Set to a lively hip-hop beat, then a slower more sentimental accompaniment, illusionist and magic designer Andrew Evans enraptured the audience in the night’s closing performance. With dynamism and charisma, Evans amazed the crowd with a series of enchanting illusions, inviting people to see what can happen if you just let yourself believe. “I’d much prefer people walk away with thoughts beyond the stage,” he says, “wondering what other things in the world might deserve a closer look.”