Stories for "x marks the spot"

What would happen if artists Art Wolfe and Liu Bolin stepped into the same room? It’s possible that the space around them would melt into paint. While Wolfe is best known for his documentary photography, charting locations from Madagascar to New Zealand, for his latest series — called The Human Canvas Project — Wolfe painted […]

X Marks the Spot: A flashmob in Yemen, absurdist art in Kentucky and edible sugar sculptures in California

In his TED Talk, “The shared experience of absurdity,” Charlie Todd shared the hilarity he creates for his fellow New Yorkers through flashmobs like the No Pants Subway Ride. The flashmob idea has, of course, spread widely. In the video above, watch one coordinated by the organizers of TEDxAden, a spontaneous musical performance in the […]

The weekend before last, we joined hundreds of New Yorkers at the Metropolitan Museum of Art for the first-ever TEDx event at a museum: TEDxMet. The speakers included Nobel-winning neuroscientist Eric Kandel, artist Maira Kalman, legendary choreographer Bill T. Jones, and writer Andrew Solomon. The day was peppered with stunning music and dance performances, and […]

X Marks the Spot: A stunning event in the Indian Himalayas, plus this week’s TEDx talks

In the remote town of Leh, tucked away in the Indian Himalayas, a group of 100 TEDx’ers gathered among the stunning valleys and sweeping mountain vistas. The diverse group of speakers at TEDxLeh included a Tibetan Buddhist monk, a Ladakhi filmmaker, a snow leopard preservationist, India’s best white water rafter, a solar energy entrepreneur, and […]

X Marks the Spot: Underwater wonders on the TEDx blog

This week, over at the TEDx blog, we got really into oceans and all the fascinating creatures that hang out there. (Especially sea turtles. We’re obsessed.) We explored how baby sea turtles survive the great wide world, how dolphins blow bubble rings for underwater play, and how divers feel swimming with some of the world’s […]

X Marks the Spot: A wristband that detects seizures, plus this week’s TEDx Talks

18-year-old Rick Housley is developing a wristband for people with epilepsy that is capable of detecting seizures and alerting a list of contacts. In this talk from TEDxHoboken, he shares the innocuous moment that sparked his interest in this subject — on a stalled train in 2010. Housley was annoyed when his train suddenly jerked […]

X Marks the Spot: A TEDx event in an ancient Greek amphitheater

The venue that housed TEDxKalamata certainly had some history: held in an ancient amphitheater, this was the first TEDx event in an archaeological site. To be specific, the location was an ancient outdoor ekklesiasterion (assembly hall) in Messene, Greece, that has been used for public gatherings since 369 B.C. At TEDxKalamata, 18 speakers and 50 volunteers […]

This week, during a computer security conference in Las Vegas, researchers Chris Valasek and Charlie Miller demonstrated how easily they could hack into the systems of moving cars using just a laptop computer. Illustrating that modern devices are worryingly vulnerable to hacking, Valasek and Miller showed their ability to jerk seatbelts, turn wheels and influence […] 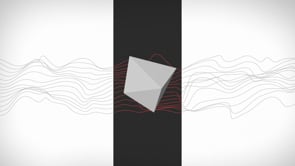 X Marks the Spot: The geometry of life, plus this week’s TEDx Talks

This week TEDx celebrated the birthday of Rosalind Franklin, the pioneering scientist who helped our fundamental understanding of the structure of DNA strands. Sixty years after her famous Photo 51, Czech designer Vit Zemcik created a video to showcase his own understanding of the geometry of life. Zemcik explains his video, which showed at TEDxHradecKralove […]

Tom Thum wowed at TEDxSydney this week by doing strange things with his mouth. With just a microphone and his charisma, Thum brings the sounds of Michael Jackson, fifties jazz and scratched vinyl to the TEDx stage. In this talk, he demonstrates his “innate ability for inhuman noisemaking.” Thum’s talk has amassed over 2 million […]

Audience members at TEDxWWU, an event at Western Washington University, played a cathartic game of Jenga.  The TEDx’ers built and broke down structures made of Jenga blocks on which they had written ideas for how they would like to “renovate” their lives. The theme of this event in Bellingham, WA: “Renovations: Building Our Future.” This […]

X marks the spot: This week’s TEDx Talks all about education

From dancing math to teaching in languages other than English – this week’s X marks the spot is a selection of TEDx Talks about rethinking education. Each week, TEDx chooses four of our favorite talks, highlighting just a few of the enlightening speakers from the TEDx community, and its diverse constellation of ideas worth spreading. Below, find […]

Designs for rethinking the toilet, how to transcend tragedy and a look at “soft,” flexible robotics — these topics are all covered in featured TEDx Talks this week. Each week, TEDx chooses four of our favorite talks, highlighting just a few of the enlightening speakers from the TEDx community and its diverse constellation of ideas worth […]