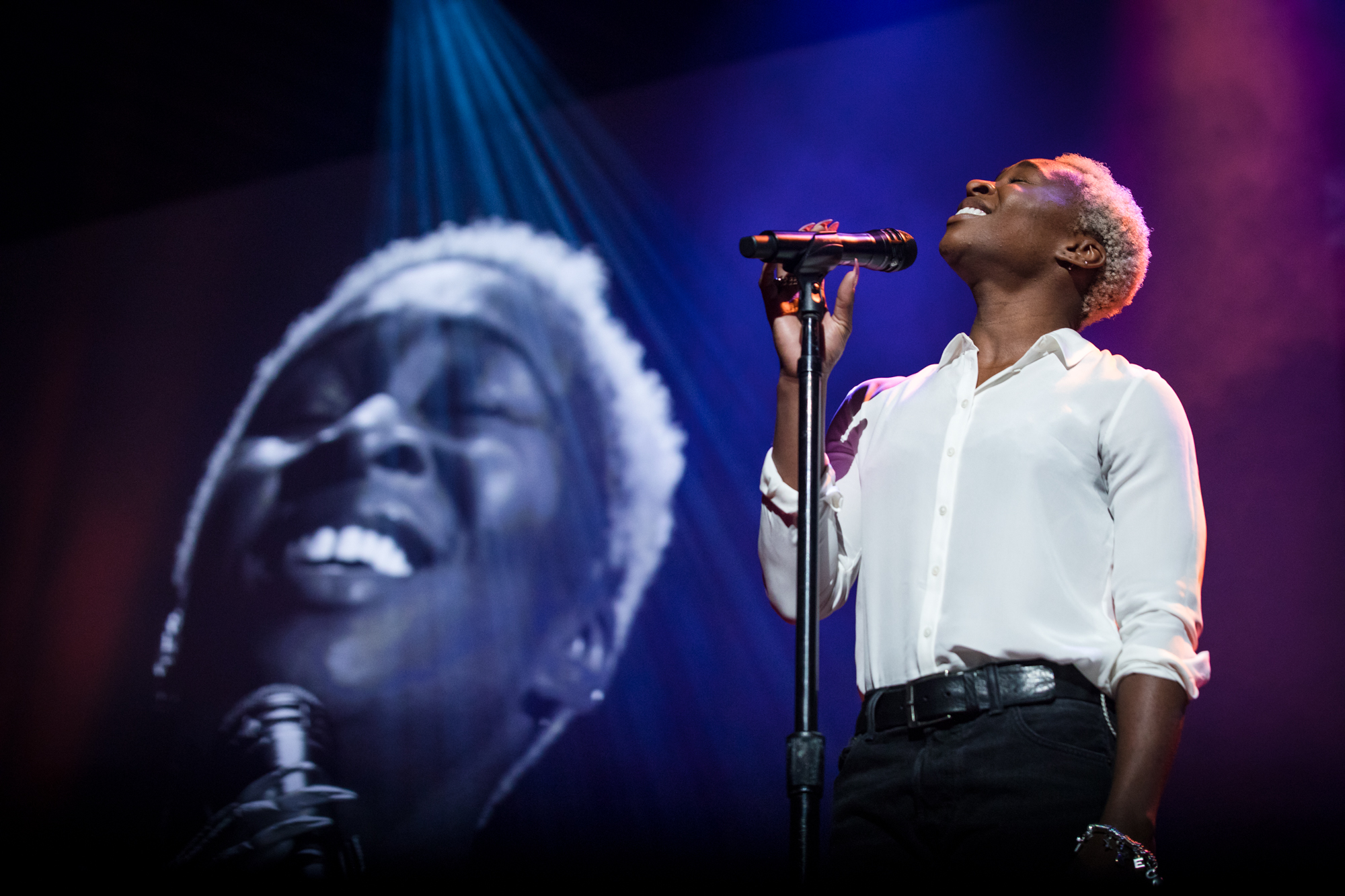 The star of The Color Purple on Broadway, Cynthia Erivo comes to TED to perform “Johnny and Donna” and “Natural Woman” on Thursday night at TED2017, April 27, 2017, Vancouver, BC, Canada. Photo: Bret Hartman / TED

The stories we tell define us. In the Thursday-night session of TED2017, a singer, an artist, a poet, an author, two podcasters and Bollywood’s biggest star showed us what our stories mean today — and gave a preview of what they’ll look like in the future.

Below, recaps of the talks from Session 10, in chronological order.

A little bit of tune in our hearts. “I don’t know if you can tell, but I love music,” says Cynthia Erivo. “I love to sing … because it’s the fast track to the heart. When I sing I get to connect with each one of you, because we all understand music. With music, we get a little bit of a superpower.” Best known for her role in the Broadway revival of The Color Purple, the Tony- and Grammy-winning performer opens the session singing two songz, “Johnny and Donna” and a laid-back rendition of “Natural Woman,” accompanied by Jason Michael Webb, the musical director of The Color Purple. Her unforgettable voice opens the session. 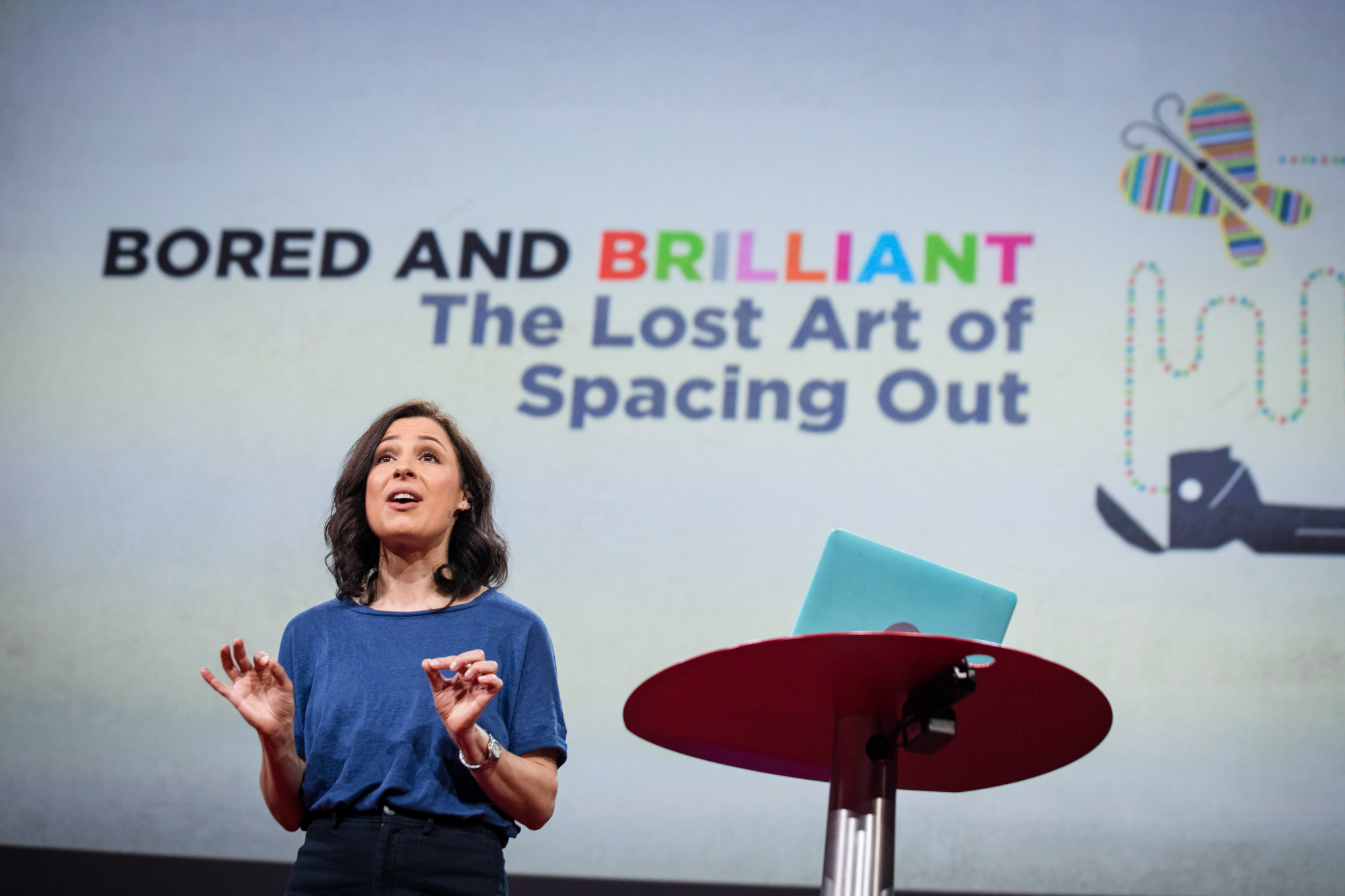 Manoush Zomorodi wondered what would happen if we put down our phones and let ourselves get bored … so she asked her listeners to find out. She speaks at TED2017, April 27, 2017, Vancouver, BC, Canada. Photo: Bret Hartman / TED

How to wrestle your life back from your phone. A UX designer told Manoush Zomorodi that “the only people who refer to their customers as ‘users’ are drug dealers and technologists.” Our attention is valuable, and we’re feeling the effects of competition for it. “A decade ago we shifted our attention about every three minutes. Now we shift it about every 45 seconds,” says Zomorodi, host of the radio show “Note to Self.” The problem: we’re never bored. Thus, we’ve lost our most creative mode. “When you get bored, you ignite a network in your brain called the ‘default mode,'” she continues. “In the default mode, our mind makes connections between disparate ideas and finds solutions to nagging problems.” Zomorodi was concerned that “all the cracks in my life were filled with phone time.” So she posed a week-long challenge to her listeners, called “Bored and Brilliant: The Lost Art of Spacing Out.” About 20,000 people signed up to do a challenge every day, like deleting the app most likely to draw them in. Before the challenge, her users were averaging two hours a day on their phones. And after? Well, they only shaved about six minutes off. But they felt different. Seventy percent said they got more time to think; they slept better and felt happier. Teenagers who’d never known life without connectivity found it a revelation. One user described it as “waking up from a mental hibernation.” Zomorodi’s point: we have to decide how we want to use technology. Otherwise, it uses us.

Writing as a form of time travel. A single letter has the power to change friends into fiends. Language enthusiast and podcaster Helen Zaltzman knows this more intimately than most (due to a grave error on her grandmother’s tombstone), which underlines the enduring significance of the written word. “I love how the English language is strewn with little signs of tension between the desire to be comprehensible and the limitations of the technology available at the time,” she says. “Something as small as the dot on an ‘i’ symbolizes how technology influences form.” Writing is not just a stylized form of communication but also a time capsule and window into the generations that have come before. It’s easier to write now, more than ever. Think about shopping lists, birthday cards and the jokes scrawled across public bathroom stalls — there’s a chance that in the future these items may be regarded a fossilized record of our times.

The quest for love and compassion. “I sell dreams, and I peddle love to millions of people,” says Shah Rukh Khan, Bollywood’s biggest star and the host of the upcoming TED Talks India: Nayi Soch. In a charming, funny, insightful and self-aware talk, Khan traces the movements of his life — and leaves us with hard-earned wisdom. Read a full recap of his talk here. 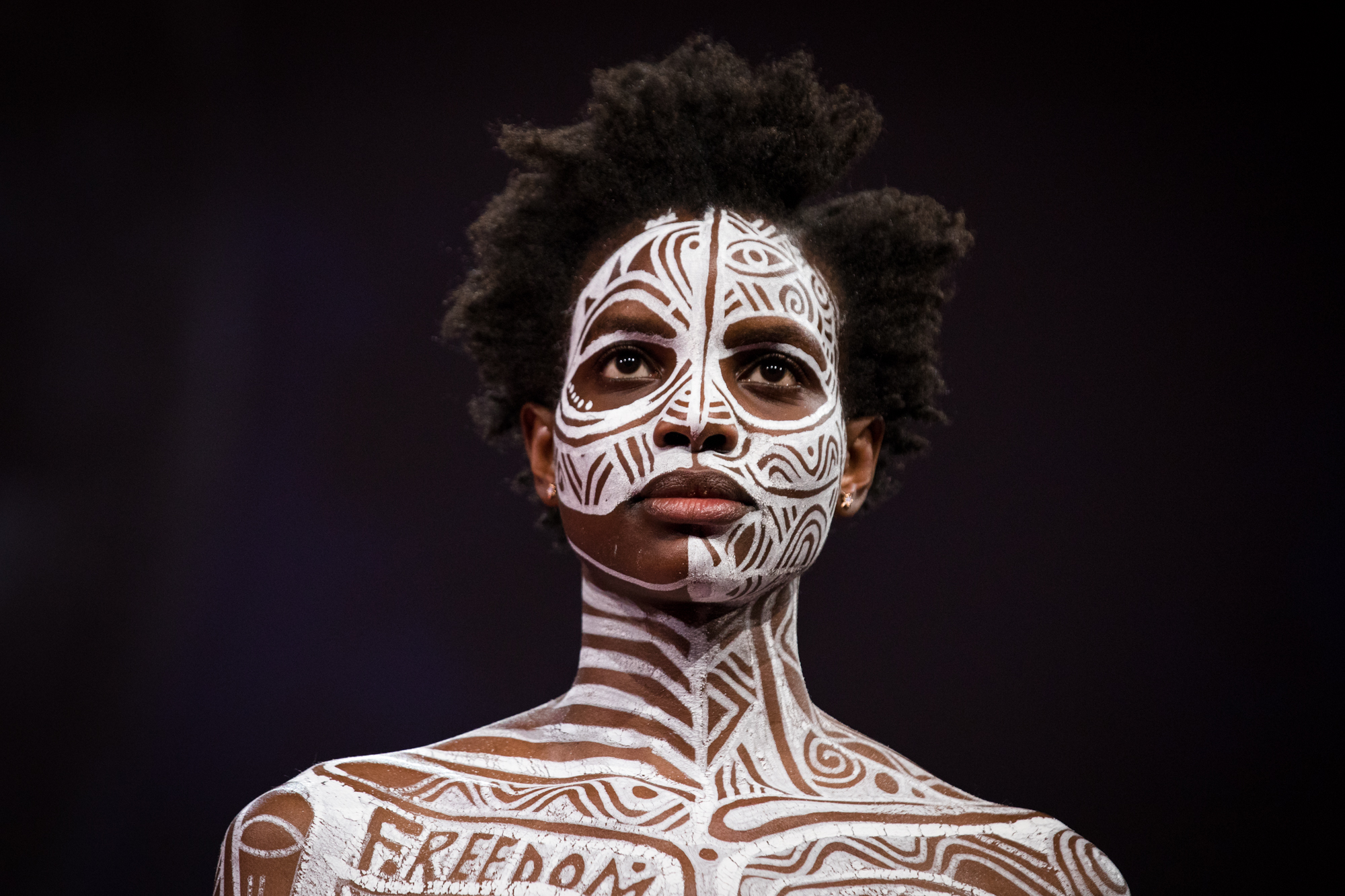 The story of an artist. Laolu Senbanjo grew up surrounded by the culture and mythology of the Yoruba, an ethnic group from the southwest of Nigeria, but he never imagined how it would influence the artist he is today. After a career as a human rights attorney, Senbanjo moved to New York City to pursue art full time. “With my art, I like to tell stories, I like to start a conversation,” says Senbanjo, but life as an artist in New York was tough. To make money, he began to paint on clothes and other objects, customizing them for wearers. “People were so proud to wear their stories,” he says. Everything soon became his canvas, even human bodies (you might recognize his work from Beyoncé’s Lemonade). “There’s something immediate about painting on human bodies,” he says. “It’s like art in motion.” To share his art in motion, he brought Reign and Angelica, the first two people he ever painted, onstage with him. On their backs were painted his fears; on their fronts, his hopes. “African art is not just what you buy in Harlem markets,” says Senbanjo. “Every artist has a story and every artist has a name.”

Why are we so scared of getting old? Ashton Applewhite used to fear getting old, “ending up drooling in some grim institutional hallway.” But a fact surprised her: the percentage of Americans over 65 in nursing homes is only 4 percent. “We tend to think of everyone in a retirement home as the same age — ‘old’ — when they can span four decades,” she says. Why? Because we’re guilty of ageism. It’s not our fault. Negative messages about old age have bombarded us from all directions, yet it’s strange — because this is a prejudice against our future selves. Ageism feeds on the idea that there’s a binary between young and old. So what can we do? For people over 60, who “can be the most ageist of all because we’ve had a lifetime to internalize these messages,” it’s about stopping the “senior moment” jokes and rejecting the thought that they should simply “shuffle offstage.” For employers, it’s respecting people’s experience as a resource and as a vital component of diversity. And for young people, it’s not coddling or othering those who happen to be older. “Everyone — all races, all genders, all nationalities — is old or future old,” says Applewhite. “Aging is not a problem to be ‘fixed’ or a disease to be ‘cured.’ It is a powerful, natural, lifelong process that unites us all.”

Outside of time. When a US border guard recently asked him, “And what do you do, Mr. Whyte?” the poet and philosopher responded, “I work with the conversational nature of reality.” In a funny and lyrical talk, David Whyte meditates on the fuzzy frontiers of the past, present, and future and shares two poems inspired by his niece’s hike along El Camino de Santiago de Compostela in Spain. The first, “Finisterre,” references the town in Portugal where Whyte’s niece walked after finishing her pilgrimage — and the three rituals she performed along the way: eating scallops, burning a letter and leaving an item of clothing behind. It concludes that even without her hiking boots, which served Whyte’s niece for seven weeks of walking, “part of you could still walk on / no matter how / over the waves.” The second, “Santiago,” considers how in a single, much-anticipated moment, like reaching the end of El Camino, the past, present, and future seem to swirl and combine.