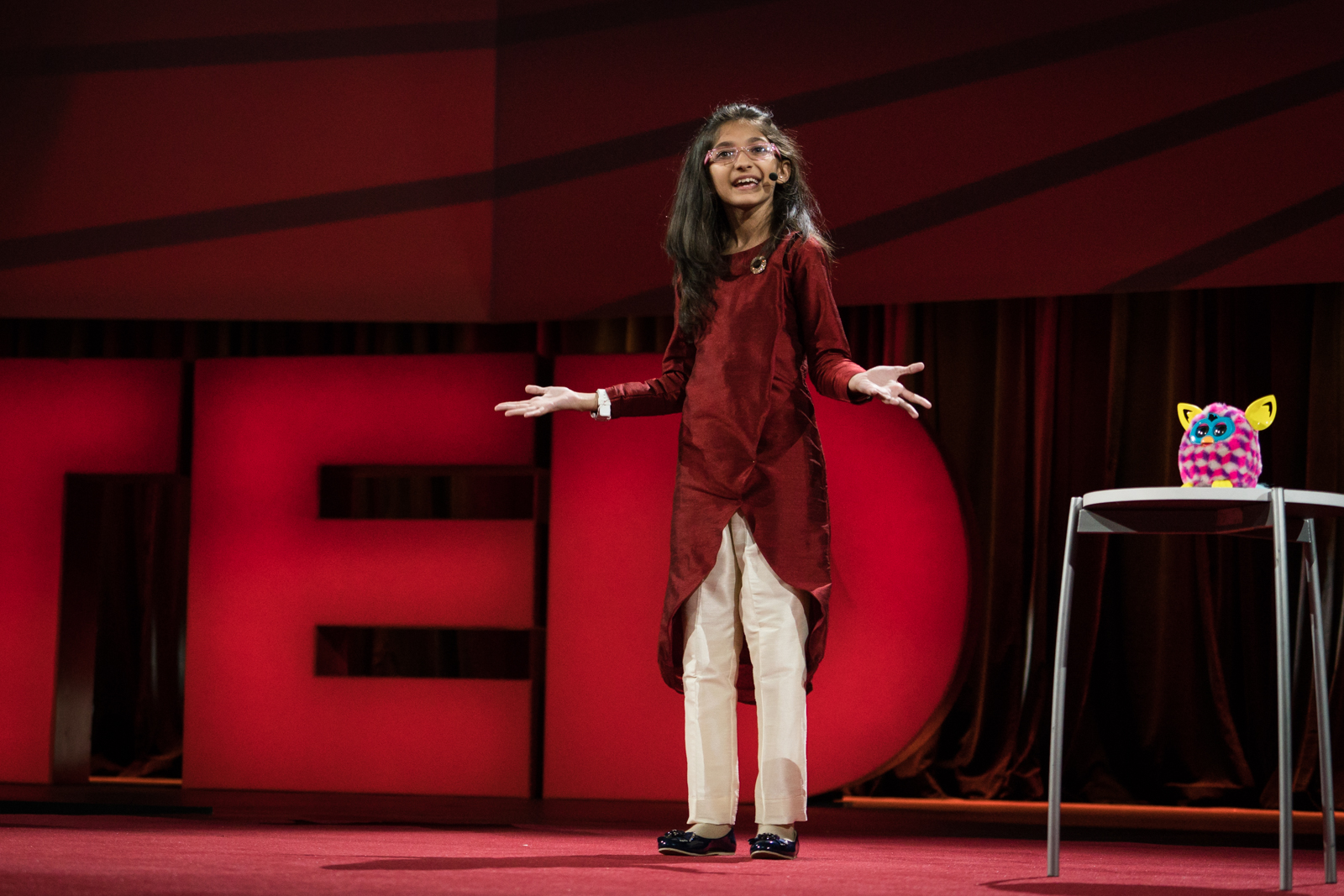 Ishita Katyal is 10, and she tells the adults in the TED2016 audience: “Instead of asking children what they want to do when they grow up, you should ask them what they want to be right now.” She spoke onstage February 15, 2016, in the opening session of TED2016. Photo: Bret Hartman / TED

Tomorrow is a promising day: It’s full of possibility in a way yesterday isn’t, but so much more immediate than the nebulous future. TED2016 kicks off with a session called “Our Tomorrow,” a chance to hear from speakers with big ideas on where we’re headed, from a 10-year-old writer to a titan who creates much of the television you watch today.

Below, recaps of the talks in Session 1, in chronological order. Don’t forget — you may be able to watch this session on the big screen, as TED2016’s Opening Night will be rebroadcast in cinemas across the globe. Find out how to buy tickets.

A message from the next generation. 10-year-old writer Ishita Katyal has an important message for adults. “Instead of asking children what they want to do when they grow up, you should ask them what they want to be right now,” she says. “We can do a lot in this moment, in the present. The problem is our world has many forces working against the dreams of children.” Adults chronically underestimate kids, she says, and in the process they pass on fear. She worries that kids across the world are suffering from this fear — not to mention from hunger, from war, from the increasing cost of education. “My dream for the future is that people think 10 times before raising school fees, a hundred times before going to war with another country, a thousand times before wasting food and water, and ten thousand times before letting their child’s childhood go away,” she says. “I hope you adults can look after the world long enough to give us our chance.”

Why we need moonshoots. “Great dreams aren’t just visions,” says Astro Teller, “They’re visions coupled to strategies for making them real.” The head of X (formerly Google X) gives a look inside the “moonshot factory,” as it’s called, where his team tries to address huge problems through messy experimentation and the active attempt to break things. He describes a typical day at work: “We get excited and cheer, ‘Hey! How are we going to kill our project today?’” Teller shows two X projects that have successfully failed: an automated vertical farming technique and a lighter-than-air variable-buoyancy cargo ship. Then, there’s Loon, the project to use balloons to bring online the 4 billion people in the world who have poor or no internet connectivity. It seems crazy, says Teller, because admittedly, it kind of is. So the Loon team prioritized the most difficult work, the aspects of the project most likely to kill it. (And so far, nothing has.) Teller has high hopes because, he says, “Enthusiastic skepticism isn’t the enemy of boundless optimism; it’s optimism’s perfect partner.”

Reading the code of life. So much is written in the human genome — the complete genetic instructions needed to build a human being. To explain its complexity, Riccardo Sabatini invites Craig Venter, the first man to sequence human DNA, to join him on stage. But as Sabatini finishes the introduction, not one but five people appear, wheeling library carts full of massive volumes. “Not the man in his flesh,” Sabatini says with a smile. “But, for the first time in history, this is the genome of a specific human, printed page by page, letter by letter — 262,000 pages of information.” From these 175 books, Sabatini reads a sequence of eight letters — Venter’s eye color — and another that, if just two letters appeared in a different order, would mean he had cystic fibrosis. Now that we have the technology to read the genome, how can we use it to improve our lives? Using machine learning, Sabatini and his lab can predict things like height, eye color, skin color and even facial structure based on a person’s genome. Perhaps more interestingly, scientists may soon be able to use the same technology to personalize treatments for diseases. “This is the code of life,” Sabatini says. “Whatever we want to do with it, whatever question we want to pose, now is the time to do it.”

An evocative interlude. Composer A. R. Rahman, who scored Slumdog Millionaire and countless other movies, gives us a mid-session break exploring the traditional form of the raga. In a darkened theater, the Grammy- and Oscar-winning musician plays a cool and lovely set on the keyboard, joined by viola, chimes, drums, and ethereal vocals. As he starts his third song, he tells the crowd: “You might not know what it means, but you can feel sublime beauty with the way it’s sung.” 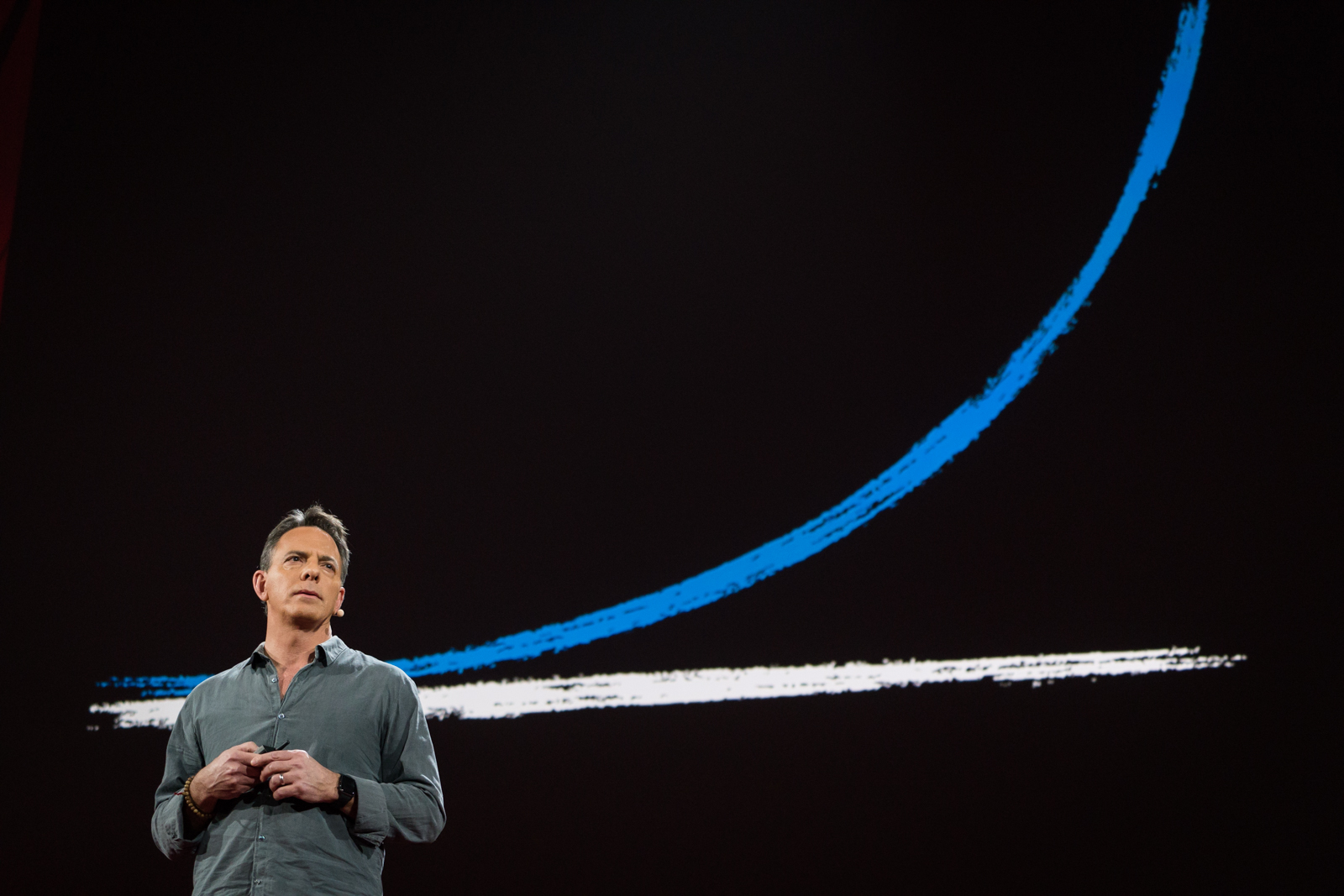 Dan Pallotta thinks boldly on the power of dreams — including their power to blind us to our shared humanity. He spoke onstage at TED2016 on February 15, 2016. Photo: Bret Hartman / TED

It’s time to dream more boldly. When activist Dan Pallotta thinks about dreams, he thinks about being 8 years old and watching Neil Armstrong step onto the surface of the moon. And he thinks about the drag queens of LA and Stonewall, who risked everything to come out when it was dangerous. “We need more of the courage of drag queens and astronauts,” Pallotta says. But there was something about Apollo that Pallotta didn’t know as a child. Those iconic images of astronauts bouncing on the moon obscured the failed marriages, alcoholism and depression they left behind on earth. And after witnessing hurtful, destructive infighting in the LGBT community, in the fight against AIDs and breast cancer, and in nonprofit activism, Pallotta has found that our dreams can become fixations — that destroy our ability to be present for our lives right now. Now, he dreams of an epoch in which we are as excited, curious and scientific about the development of our humanity as we are the development of our technology. “I think what we fear most is that we will be denied the opportunity to fulfill our true potential,” Pallotta says. “Imagine living in a world where we simply recognize that deep, existential fear in one another — and love one another boldly because we know that to be human is to live with that fear. It’s time for us to dream in multiple dimensions, simultaneously.”

The word that changed my life. Shonda Rhimes is the creative force behind Grey’s Anatomy, Scandal and How to Get Away With Murder — some 70 hours of television per season. But there is one word that she says “changed my life” and “saved my career.” Find out what word it is — and how she employed it — in a full recap of her talk.

Process as performance. To close Session 1, 64-year-old (today!) dance icon Bill T. Jones stands alone onstage, moving his arms in small waves. He remembers a moment in 1983 when he thought, “When you’re dancing, you must show off your mind.” As he hits 21 poses to the backdrop of silence (with occasional guitar by Sam Crawford), he breathes in hard. He breathes out sharply, letting out the sound of paper being torn in two. He plays an Art Deco figurine; impersonates a pregnant Vancouver housewife; strikes a tai chi position. Taking us down the road of his creative task, Jones shows process as performance, spinning into infinity. 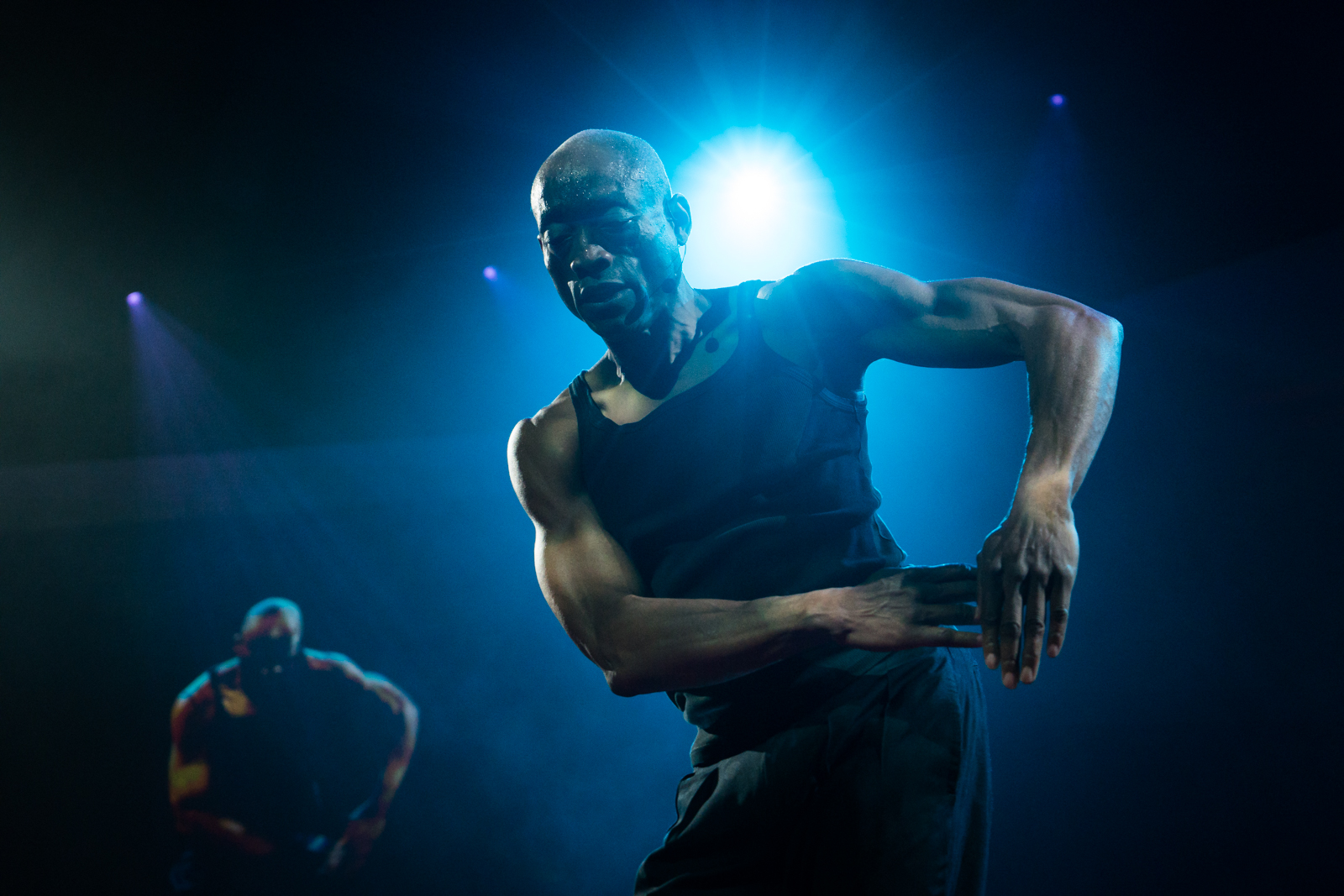 In a dance that honors dance forebears from Isadora Duncan to Bette Winslow, and icons from Muhammad Ali to Pele, Bill T. Jones performs at TED2016 on February 15, 2016. Photo: Bret Hartman / TED