When it comes to equality across race, class and gender: “None of us has time to sleep — we need to be woke as hell,” says Mia Birdsong, host of Session 3 of TEDWomen 2016. In an emotional, pointed session, seven speakers and one performer explored the painful realities of the present and offered hopeful views of the future. 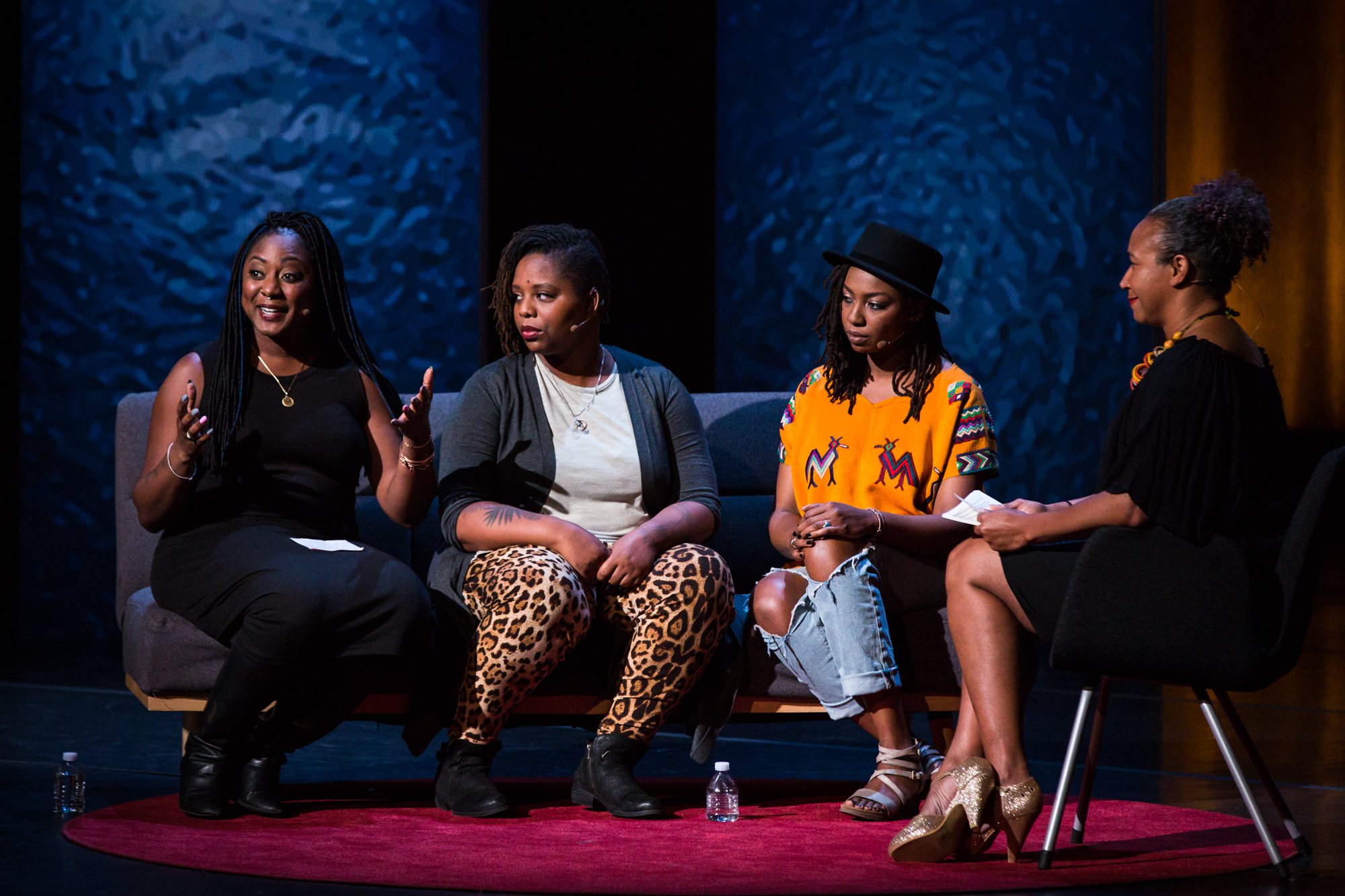 “I’m not passing a torch; I’m helping you light the fire.” Kicking off session 3, Mia Birdsong sat down with the three founders of the Black Lives Matter movement, Alicia Garza, Patrisse Cullors and Opal Tometi, for an in-depth conversation about the movement, how it’s rocked public consciousness across the world and where the future lies for Black lives. Sharing personal experiences of being Black in America and statistics about the abhorrent state of racism worldwide, Garza, Cullors and Tometi made it clear that this systemic problem must be addressed at the root for the progress of all. “Our work is not just about our own visibility, but how we make the whole visible,” they say. Their advice on how to participate? Lead, join something and “sharpen each other so we can rise.”

Attacking discrimination through prenatal care. When activists discuss the effects of racism on marginalized populations, they tend to focus on the challenges that occur during one’s lifetime. But what about before you’re even born? According to stats shared by birthing rights activist and doula Miriam Zoila Pérez, pregnant women of color experience far poorer health outcomes than their white counterparts. Though poverty and access-to-care are partially responsible for this statistic, Pérez identifies discrimination as the root cause of this disparity. Pregnant women of color who receive the recommended prenatal care still suffer from higher rates of illness and death during pregnancy and childbirth, and immigrants of color actually have worse health outcomes the longer that they stay in the United States. “Racism is actually making us sick,” Pérez says. She illustrates a new way to counteract these effects, known as “the JJ Way.” This model of unconditional support from healthcare providers emphasizes a compassionate rather than punitive environment for all women. “While we can’t eradicate racism and the stress that results from it overnight, we might be able to create environments that provide a buffer to what people of color experience on a daily basis. And during pregnancy, that buffer can be an incredible tool towards shifting the impact of racism on generations to come.”

The urgency of intersectionality. As a law student, professor Kimberlé Crenshaw came across the case of Emma DeGraffenreid, an African-American woman who had sued a manufacturing company for not hiring her on the basis of her race and gender. The judge dismissed her claim, noting that the company had hired people of her color, and hired people of her gender. It just didn’t happen to hire people who were both. Crenshaw saw an overwhelming lack of language to describe this injustice at the intersection of race and gender, and developed a theory she called “intersectionality” to describe how our overlapping social identities can relate to structures of racism and oppression. “When there’s no name for a problem, you can’t see a problem,” the law professor and activist says. “When you can’t see a problem, you can’t solve it.” Intersectionality theory also helps explain the current misrepresentation of violence against African-American women in politics and media, spurring Crenshaw to launch the #SayHerName campaign to bring awareness to the forgotten female victims of police brutality. Joined by singer Abby Dobson, Crenshaw encourages us to bring these women to light and finally say their names. 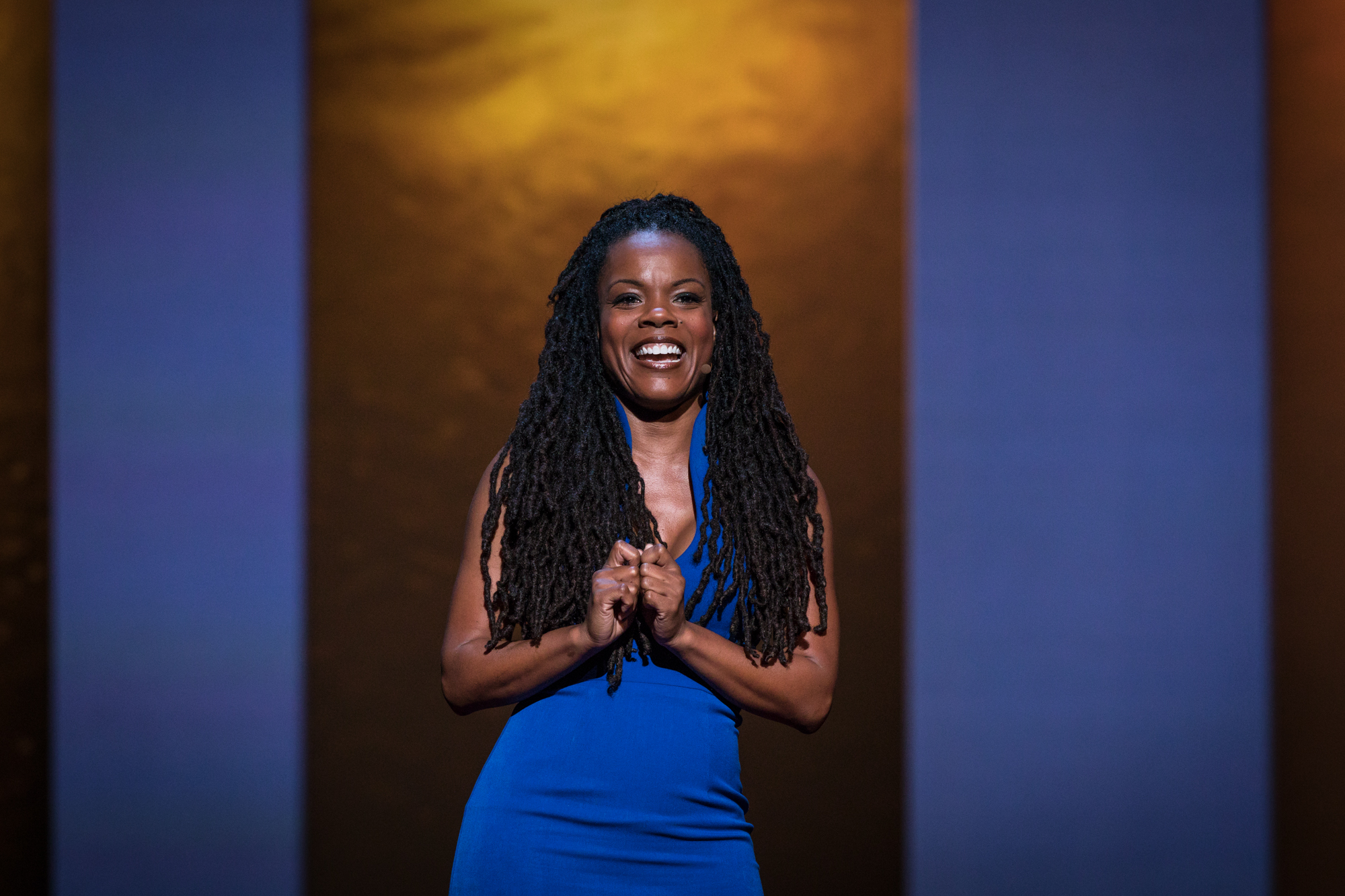 “Being difficult means to disrupt the expectations of others,” says C. Nicole Mason onstage at TEDWomen 2016. Photo: Marla Aufmuth / TED

The gift of being difficult. “Have you ever felt like you were being a pain in the ass, or have you ever been called ‘difficult’?” asks C. Nicole Mason. The author of Born Bright: A Young Girl’s Journey from Nothing to Something in America, Mason says she has been “difficult” her whole life, but only after writing her memoir did she start to wonder if that was really such a bad thing. “I decided that being difficult means to disrupt the expectations of others,” she says, “to ask for more than what was being offered and to take the road said to be closed to me.” Born a brown-skinned girl to a teenaged mother in Los Angeles, the expectations for Mason’s life were carved out before she could begin to imagine what she might want for herself. But she had a different vision for herself — one that would require the disruption of stereotypes and the stigma placed upon poor people, girls and blacks in our society. Mason outlines three kinds of disruption that shaped who she is: (1) disrupt dominant narratives; (2) disrupt the rules of how things are supposed to be done and who should be doing them; and (3) disrupt the expectations and limitations that are put upon you by society and others. “Let’s all go out and be difficult,” she says. 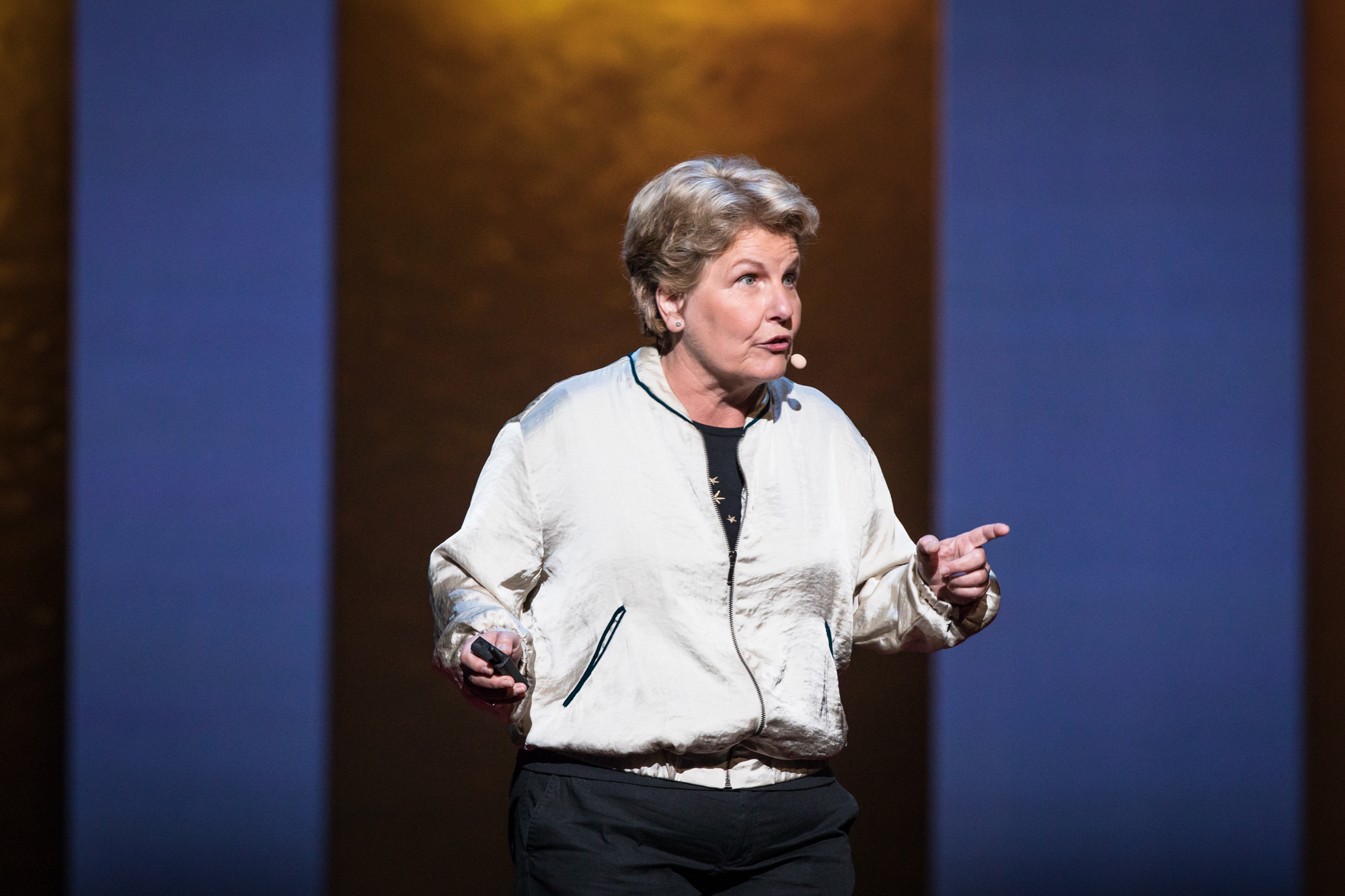 “This month I become the first woman on British television to host a primetime comedy game show,” says Sandi Toksvig. “I’m thrilled, but the first? It’s 2016; television has been around for 80 years.” Photo: Marla Aufmuth / TED

Getting equality on the ballot. The night before Sandi Toksvig‘s talk at TEDWomen 2016, the World Economic Forum updated its estimate of when women around the world can expect equal pay as men. It had been originally estimated as the year 2133. Now …. it’s 2186. “We can’t wait that long!” says Toksvig. Earlier this year, Toksvig — Britain’s first openly gay female media personality — decided to bring the issue of equality to the here-and-now by founding a new political party, The Women’s Equality Party. Their platform is simple: let’s create equality in every aspect of our lives. (“And then close down, go home and get the rest of the chores done.”) Toskvig hopes other women in other countries will copy her party’s model and mobilize for equality around the world.

Born to sing. “My voice — my greatest gift, my greatest salvation,” says Taylor Dayne, as she reflects on the role of music in giving her purpose and helping her counter the chaos of her childhood home. “If my parents couldn’t protect me, my voice would,” she says in a talk laced with musical quotations from the perfect song, as she explores why a woman who loves love (“All of my singles, did you ever notice?, have the word ‘Love’ or ‘Heart’ in the title) is still searching for connection. She closes with a soulful rendition of her new song “Born to Sing.”