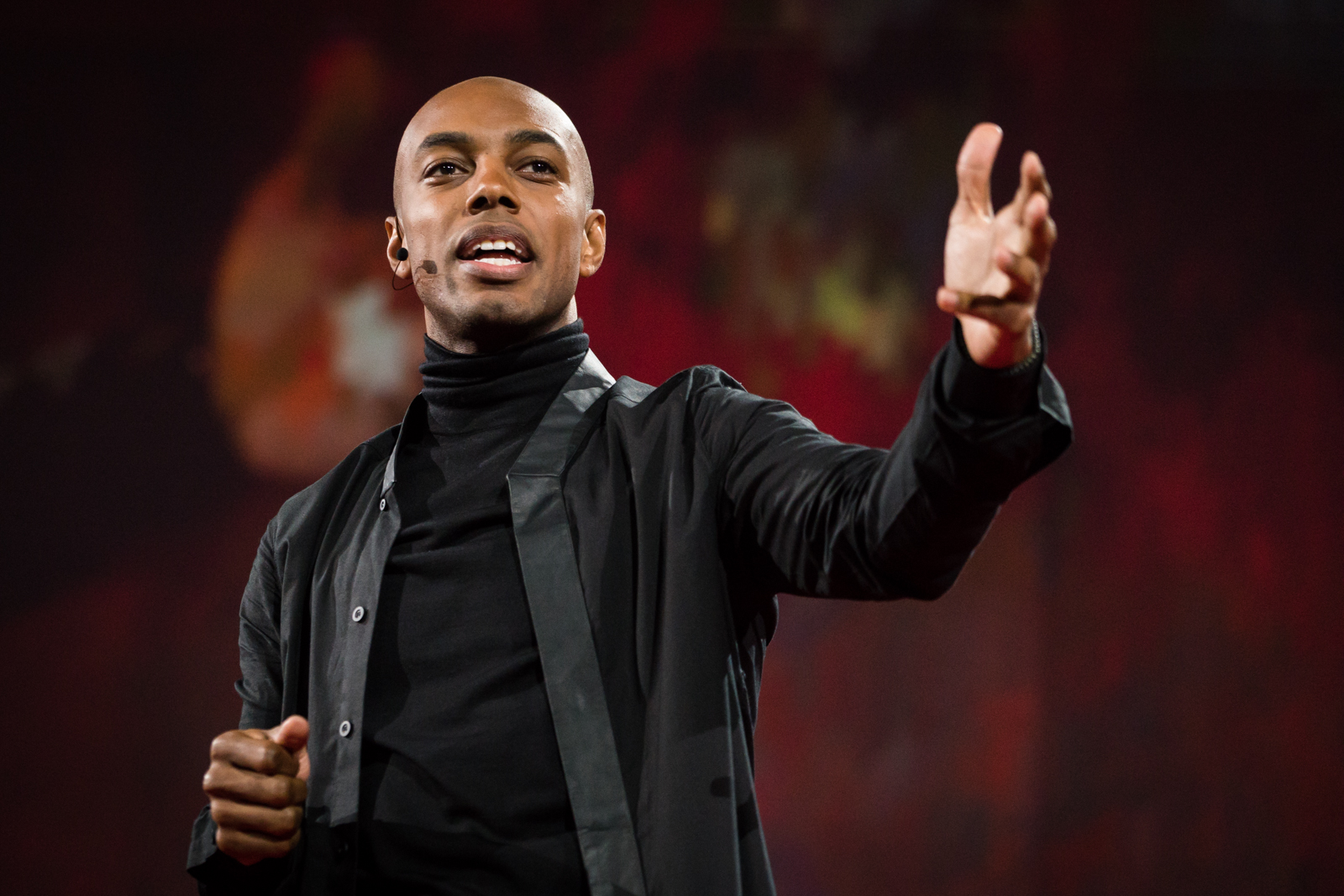 Casey Gerald’s story begins in an East Texas church on the night of December 31, 1999, as he joined his congregation to prepare for the Second Coming of Christ and the end of the world.

Gerald had turned 12 that year, and he went to church as often as he could, making sure that the Lord hadn’t pulled a fast one and come back early.

The stars of the show for Gerald on that pre-millennium night were the elderly gathered in the church. “These men and women, whose young backs had been bent under hot suns in the cotton fields of East Texas, whose skin seemed to be burnt a creaseless noble brown just like the clay of East Texas, whose hopes and dreams for what life might become outside of East Texas had sometimes been bent and broken further than their backs — they had waited their whole lives for this moment, just as their medieval predecessors had longed for the end of the world,” he says.

When midnight came and the rapture did not, Gerald’s most sacred beliefs — about his God, his salvation and his elders — were assaulted in a way that forever shaped him. Where there once was a mountain of certitude, there was now, running down to its foundation, a spring of doubt.

“I can trace the whole drama of my life back to that night, in that church, when my savior didn’t come for me — when the thing I believed most certainly turned out to be, if not a lie, then not quite the truth,” Gerald says.

Gerald held on for something else to believe in as an undergraduate at Yale, as an intern at Lehman Brothers in 2008 and when he showed up in Washington, DC, as a young staffer who had heard a voice call out from Illinois, saying that change had come to America.

But as Congress ground to a halt and the country ripped at its seams, Gerald knew that even the political Second Coming could not save him. “I had knelt faithfully at the altar of the American Dream,” he says, “praying to the gods of my time, for success and money and power. But over and over again, midnight struck, and I opened my eyes to see that all these gods were dead.”

From that graveyard, he began his search once more, knowing that he would either believe or die. So he took a pilgrimage to yet another Mecca: Harvard Business School.

There, on a late night in a dark corner of a crowded party, he and three friends asked a question that young people have asked for a very long time: “What if we take a road trip?”

Across 8,000 miles in the summer of 2013 — from the cow pastures of Montana to the desolation of Detroit to the swamps of New Orleans — Gerald found and worked with men and women who were starting small businesses that had made purpose their bottom line.

This idea spread, growing into a nonprofit called MBAs Across America, the movement that landed him on the TED stage. “There was no length I would not go to get more people to believe that we could bind the wounds of a broken country, one social business at a time,” Gerald says.

It was this journey of evangelism that led him to a different gospel.

One evening almost a year ago, at a gala for alumni of Harvard Business School at the Museum of Natural History in New York City, he sat with the titans of our time as they celebrated their peers and their good deeds. “There was pride in the room, where net worth and assets under management surpassed half a trillion dollars,” Gerald says. “We looked over all that we had made, and it was good.”

Two days later, Gerald travelled north to Harlem and found himself sitting in a urban farm which had once been a vacant lot, listening to a man named Tony tell him of the children he saw there everyday. “All of them lived below the poverty line. Many of them carried all of their belongings in a backpack to avoid losing them in a homeless shelter,” Gerald says. “Some of them came to Tony’s program, called Harlem Grown, to get the only meal they had each day.”

“I felt the weight of revelation — that I could sit in one room, on one night, where a few hundred people had half a trillion dollars,” Gerald says “and another room two days later, just 50 blocks up the road, where a man was going without a salary to give a child her only meal of the day.”

Overcome with shame, Gerald’s beliefs failed him once more. “I realized that my story stood in for all those who were expected to pick themselves up by their bootstraps,” he said, “even if they didn’t have any boots.”

“I had been duped, hoodwinked, bamboozled,” he says. “This time the false savior was me.”

Gerald had come a long way from the night of December 31, 1999, from a world where people spoke in tongues and saw suffering as a necessary act of God … to find himself right back where he started.

“It is simply is not true to say that we live in an age of disbelief,” Gerald says. Some of us may believe in the gospel of Tony Robbins or Brené Brown, in the gospel of The New Yorker or the Harvard Business Review, we may even worship at the church of TED — but we all desperately need to believe.

“We see suffering as a necessary act of the capitalism that is our God, we take the text of technological progress to be infallible truth,” Gerald says, “and we hardly realize the human price we pay when we fail to question one brick because we fear it might shake our whole foundation.”

But if the unconscionable things that we have come to accept disturb you, Gerald invites you to believe in a new gospel: a gospel of doubt.

“Our time is too short and our odds are too long to wait for second comings,” Gerald says, “when the truth is that there will be no miracles here … It will not be our blind faith but our humble doubt that shines a little light into the darkness of our lives and our world, and lets us raise our voice to whisper, or to shout, or to say simply: there must be another way.”