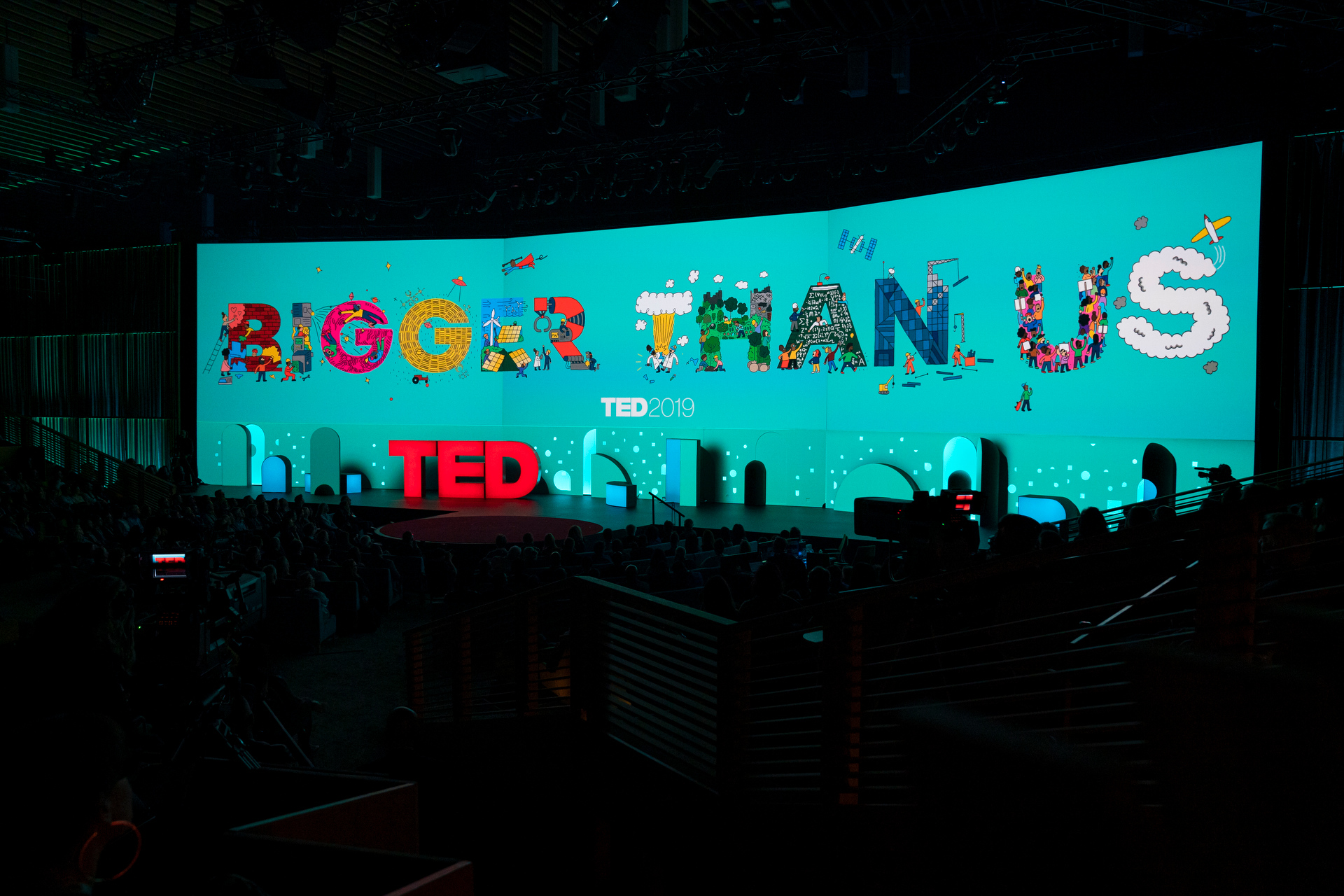 If we learned anything at TED2019, it’s that life doesn’t fit into simple narratives, and that there are no simple answers to the big problems we’re facing. But we can use those problems, our discomfort and even our anger to find the energy to make change.

Twelve mainstage sessions, two rocking sessions of talks from TED Fellows, a special session of TED Unplugged, a live podcast recording and much more amounted to an unforgettable week. Any attempt to summarize it all will be woefully incomplete, but here’s a try.

What happened to the internet? Once a place of so much promise, now a source of so much division. Journalist Carole Cadwalldr opened the conference with an electrifying talk on Facebook’s role in Brexit — and how the same players were involved in 2016 US presidential election. She traced the contours of the growing threat social media poses to democracy and calls out the “gods of Silicon Valley,” naming names — one of whom, Jack Dorsey, the CEO of Twitter, sat down to talk with TED’s Chris Anderson and Whitney Pennington Rodgers the following day. Dorsey acknowledged problems with harassment on the platform and explained some of the work his team is doing to make it better.

Hannah Gadsby broke comedy. Her words, and she makes a compelling case in one of the most talked-about moments of the conference. Look for her talk release on April 29.

Humanity strikes back! Eight huge Audacious Project–supported ideas launched at TED this year. From a groundbreaking project at the Center for Policing Equity to work with police and communities and to collect data on police behavior and set goals to make it more fair … to a new effort to sequester carbon in soil … and more, you can help support these projects and change the world for good.

10 years of TED Fellows. Celebrating a decade of the program in two sessions of exuberant talks, the TED Fellows showed some wow moments, including Brandon Clifford‘s discovery of how to make multi-ton stones “dance,” Arnav Kapur‘s wearable device that allows for silent speech and Skylar Tibbits‘s giant canvas bladders that might save sinking islands. At the same time, they reminded us some of the pain that can exist behind breakthroughs, with Brandon Anderson speaking poignantly about the loss of his life partner during a routine traffic stop — which inspired him to develop a first-of-its-kind platform to report police conduct — and Erika Hamden opening up about her team’s failures in building FIREBall, a UV telescope that can observe extremely faint light from huge clouds of hydrogen gas in and around galaxies.

Connection is a superpower. If you haven’t heard of the blockbuster megahit Crazy Rich Asians, then, well, it’s possible you’re living under a large rock. Whether or not you saw it, the film’s director, Jon M. Chu, has a TED Talk about connection — to his family, his culture, to film and technology — that goes far beyond the movie. The theme of connection rang throughout the conference: from Priya Parker’s three easy steps to turn our everyday get-togethers into meaningful and transformative gatherings to Barbara J. King’s heartbreaking examples of grief in the animal kingdom to Sarah Kay’s epic opening poem about the universe — and our place in it.

Meet DigiDoug. TED takes tech seriously, and Doug Roble took us up on it, debuting his team’s breakthrough motion capture tech, which renders a 3D likeness (known as Digital Doug) in real time — down to Roble’s facial expressions, pores and wrinkles. The demo felt like one of those shifts, where you see what the future’s going to look like. Outside the theater, attendees got a chance to interact with DigiDoug in VR, talking on a virtual TED stage with Roble (who is actually in another room close by, responding to the “digital you” in real time).

New hope for political leadership. There was no shortage of calls to fix the broken, leaderless systems at the top of world governments throughout the conference. The optimists in the room won out during Michael Tubbs’s epic talk about building new civic structures. The mayor of Stockton, California (and the youngest ever of a city with more than 100,000 people), Tubbs shared his vision for governing strategies that recognize systems that place people in compromised situations — and that view impoverished and violent communities with compassion. “When we see someone different from us, they should not reflect our fears, our anxieties, our insecurities, the prejudices we have been taught, our biases. We should see ourselves. We should see our common humanity.”

Exploring the final frontier. A surprise appearance from Sheperd Doeleman, head of the Event Horizon Telescope — whose work produced the historic, first-ever image of a black hole that made waves last week — sent the conference deep into space, and it never really came back. Astrophysicist Juna Kollmeier, head of the Sloan Digital Sky Survey, shared her work mapping the observable universe — a feat, she says, that we’ll complete in just 40 years.  “Think about it. We’ve gone from arranging clamshells to general relativity in a few thousand years,” she says. “If we hang on 40 more, we can map all the galaxies.” And in the Fellows talks, Moriba Jah, a space environmentalist and inventor of the orbital garbage monitoring software AstriaGraph, showed how space has a garbage problem. Around half a million objects, some as small as a speck of paint, orbit the Earth — and there’s no consensus on what’s in orbit or where.

Go to sleep. A lack of sleep can lead to more than drowsiness and irritability. Matt Walker shared how it can be deadly as well, leading to an increased risk of Parkinson’s, cancer, heart attacks and more. “Sleep is the Swiss army knife of health,” he says, “It’s not an optional lifestyle luxury. Sleep is a non-negotiable biological necessity. It is your life support system, and it is mother nature’s best effort yet at immortality.” 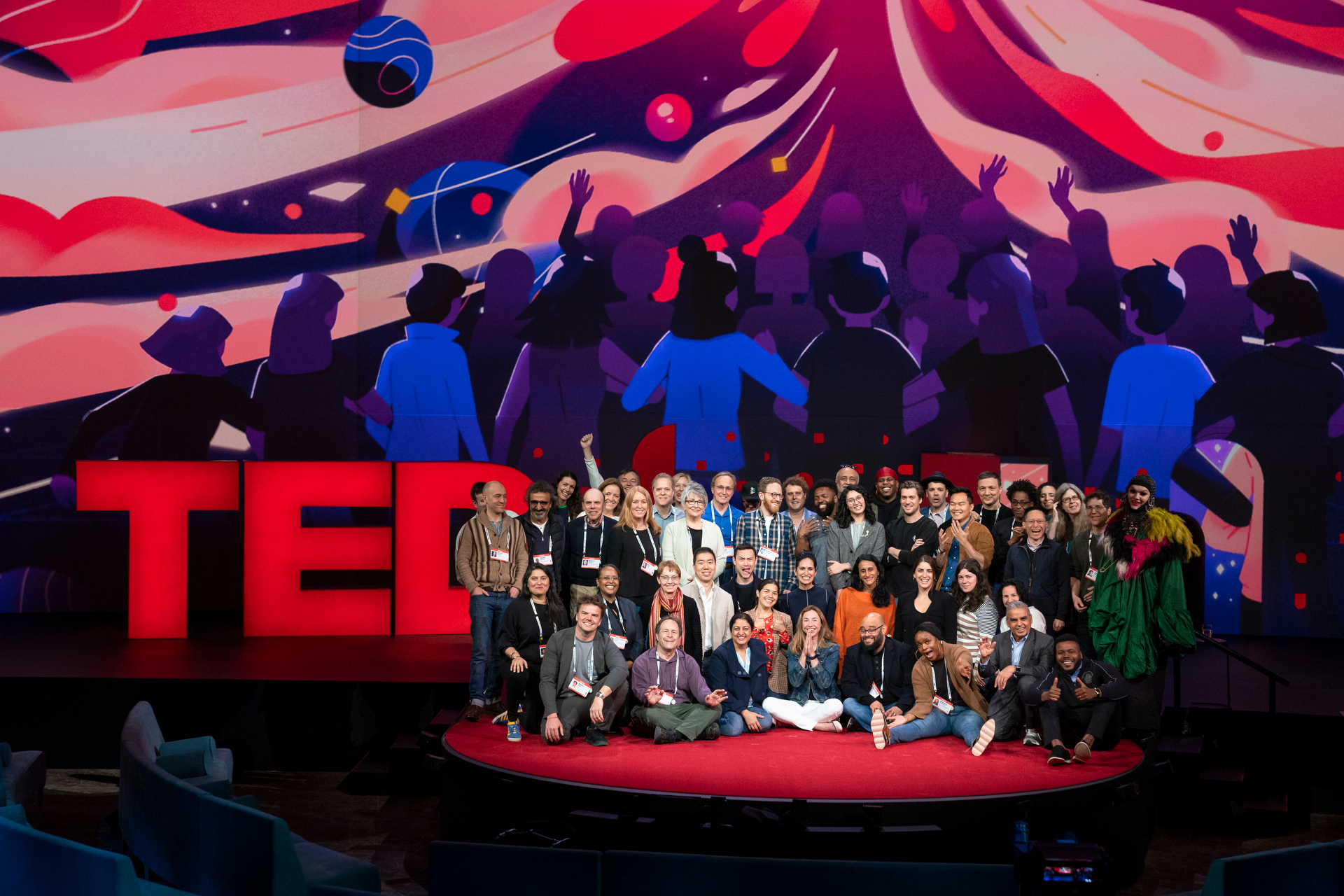 The amazing group of speakers who shared their world-changing ideas on the mainstage at TED2019: Bigger Than Us, April 15 – 19, 2019 in Vancouver, BC, Canada. (Photo: Bret Hartman / TED)