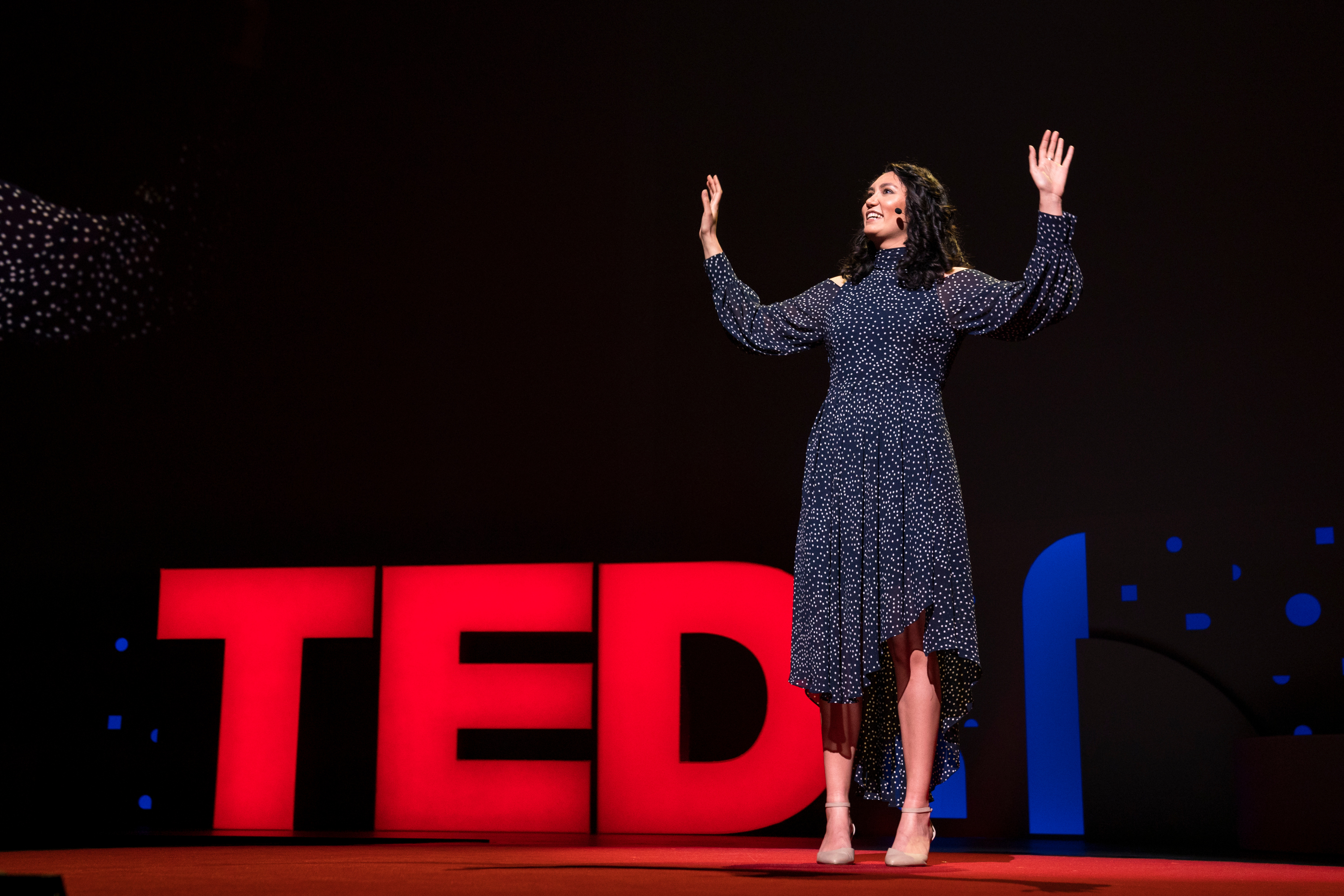 Poet and educator Sarah Kay encourages us to welcome the beauty of the universe, however it may appear. She speaks during Session 1 of TED2019: Bigger Than Us, on April 15, 2019 in Vancouver, BC, Canada. (Photo: Bret Hartman / TED)

The world feels fragile these days, a bit wobbly. How do we figure out a way forward? At TED2019, we’re taking a painfully honest look at what’s going on, laying out shared values, exploring a common purpose — and seeing how we can build something meaningful together: an idea, vision, ambition that’s bigger than us.

When and where: Monday, April 15, 2019, 5pm, at the Vancouver Convention Centre in Vancouver, BC.

Music: Swedish folk duo First Aid Kit, performing three original songs: “King of the World,” “Nothing Has to Be True” and “My Silver Lining.” 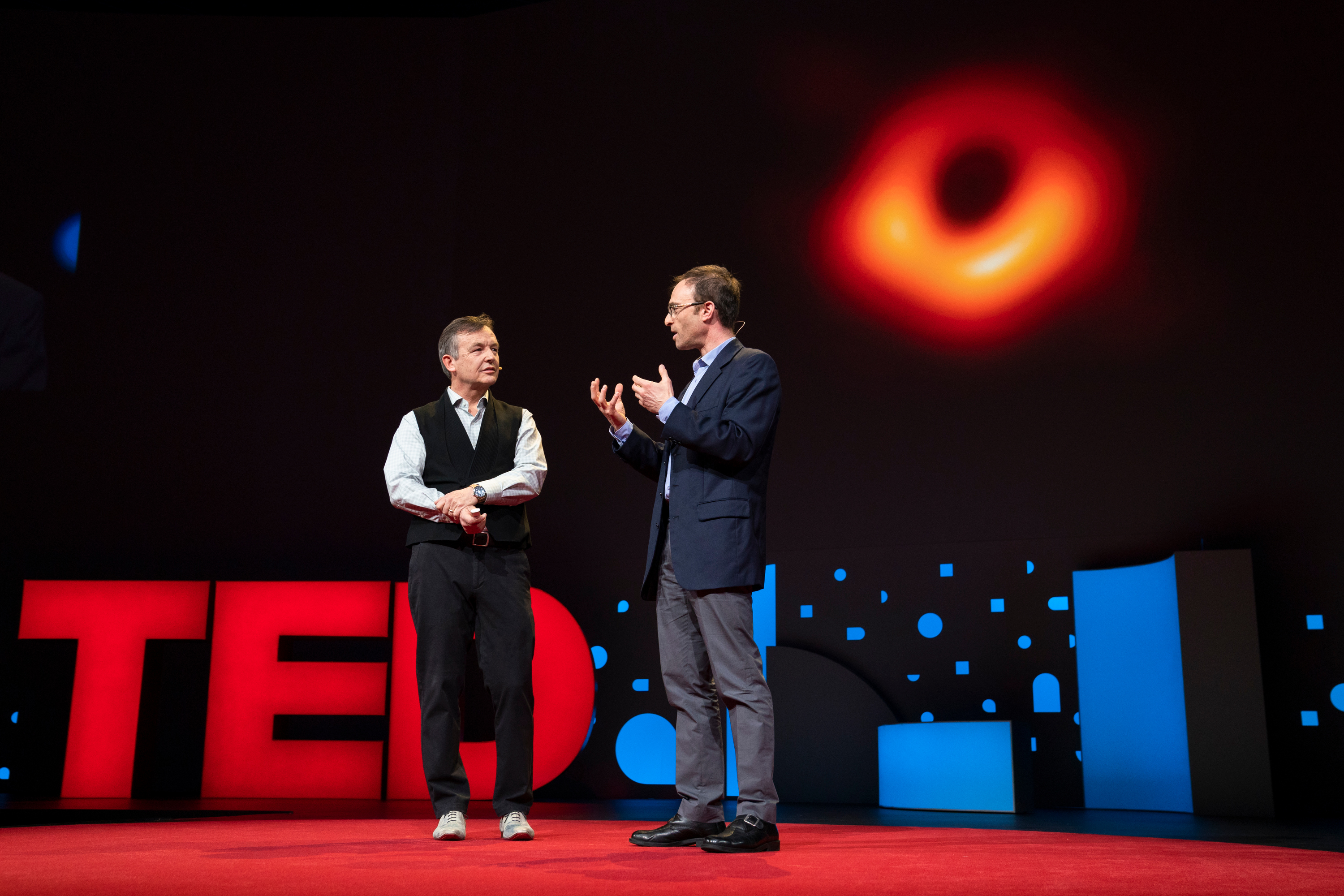 How can you see the unseeable? Astrophysicist Sheperd Doeleman explains how his global team behind the Event Horizon Telescope captured the first-ever image of a black hole. He speaks with TED’s Chris Anderson during Session 1 of TED2019: Bigger Than Us, April 15, 2019, Vancouver, BC, Canada. (Photo: Bret Hartman / TED)

Carole Cadwalladr, investigative journalist for the Guardian and Observer and Pulitzer Prize finalist 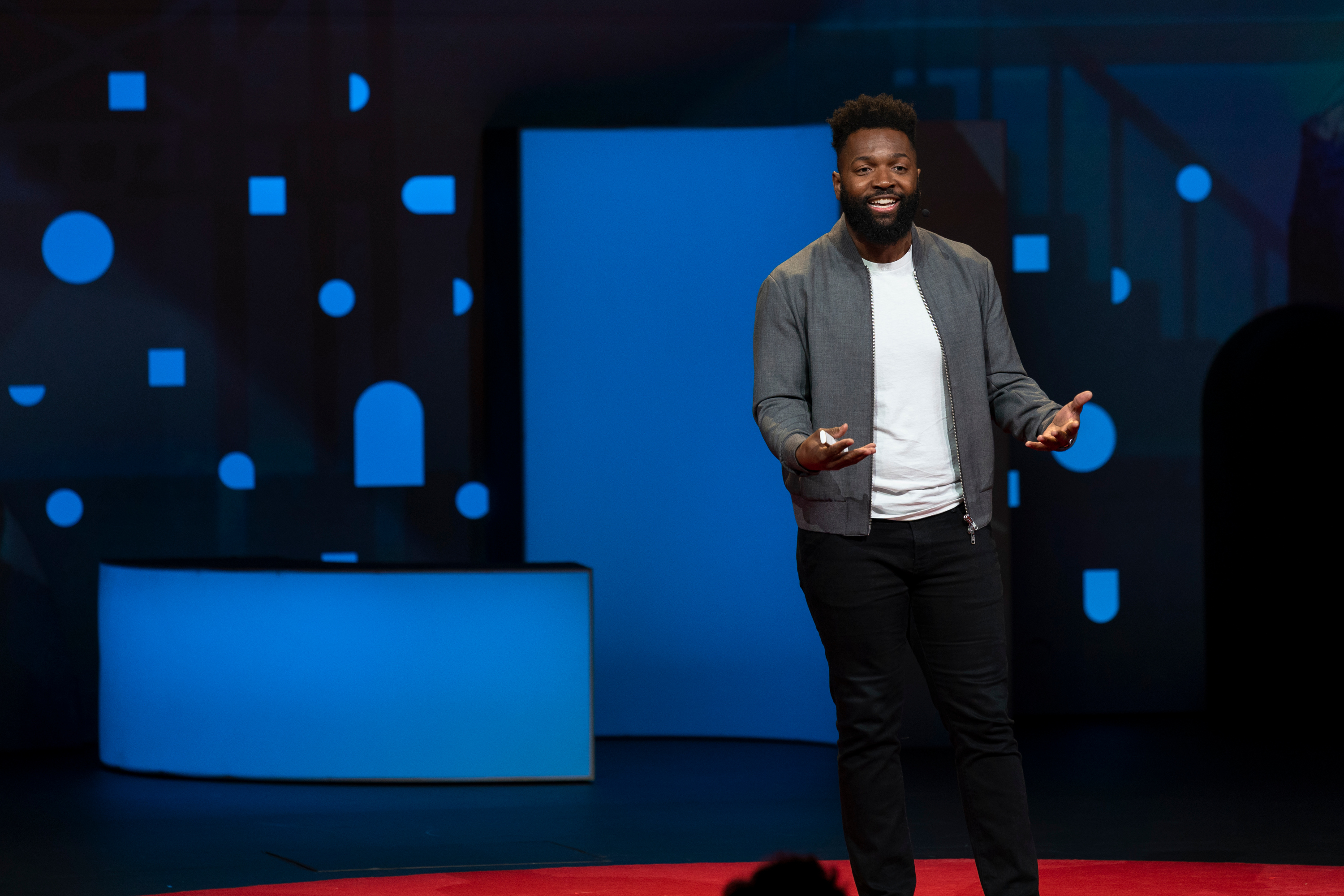 “Systems are just collective stories we all buy into. When we change them, we write a better reality for us all to be a part of,” says writer and activist Baratunde Thurston. He speaks during Session 1 of TED2019: Bigger Than Us, April 15, 2019, Vancouver, BC, Canada. (Photo: Marla Aufmuth / TED)

Baratunde Thurston, humorist, activist and writer of the New York Times bestseller How to Be Black